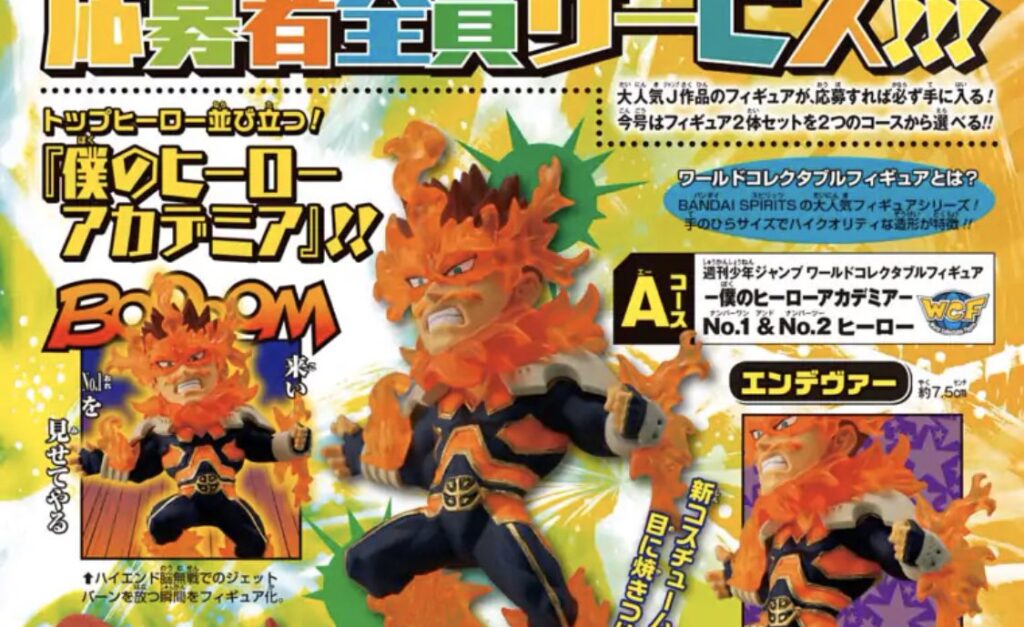 Shueisha’s Weekly Shonen Jump is giving away a bunch of rare, limited edition figures to readers in Japan, starting last week with My Hero Academia and Chainsaw Man before pivoting this week to One Piece and Act-Age. What makes these figures particularly interesting is that, for some series, this will be the first time that they have ever received such merchandise – hinting at the publisher’s true intentions.

Truth be told, Weekly Shonen Jump’s new free figure campaign actually started in last week’s issue no. 32, but there wasn’t anything interesting enough about it for us to cover at the time. Certainly, Jump series receiving figures and other merchandise isn’t exactly anything new – just last month, we covered the latest Demon Slayer: Kimetsu no Yaiba entries into the Good Smile Company’s Nendoroid series – and any new My Hero Academia figures would join the legion of others in the bargain bins of your local Mandarake. 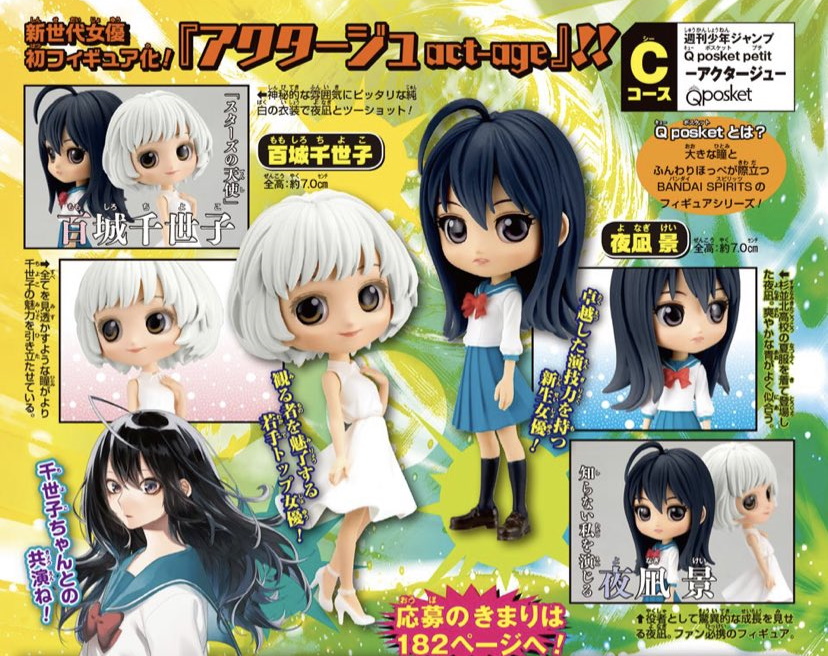 Nevertheless, with the figures unveiled in this week’s combined issue no. 33 and 34, an interesting pattern is emerging. Last week saw Shueisha combine characters from My Hero Academia and Chainsaw Man into an ‘A course’ and a ‘B course’ – essentially placing one of the magazine’s newest up-and-coming series alongside a long-running one. The same goes for the figures unveiled in this week’s Weekly Shonen Jump: Chiyoko and Yonagi from Act-Age are being featured right alongside that of Luffy and Gol D. Roger from One Piece.

For both Chainsaw Man and Act-Age, this is the first time that the series has received figures. This is a significant development as it shows that the editorial department has faith in them as multimedia properties. We recently revisited both series in light of their critical success, and the question of whether or not they would be getting an anime sometime soon was constantly present. Even if we haven’t gotten confirmation yet, these new Weekly Shonen Jump figures certainly present the possibility.

Readers of Weekly Shonen Jump in Japan will have until July 27 to apply for round 1 of the figures, and until August 3 for round 2. Round 3 will feature figures from Kimetsu no Yaiba and Jujutsu Kaisen, and round 4 will feature One Piece. The campaign will continue for five issues and costs a measly 2500 yen for entry.