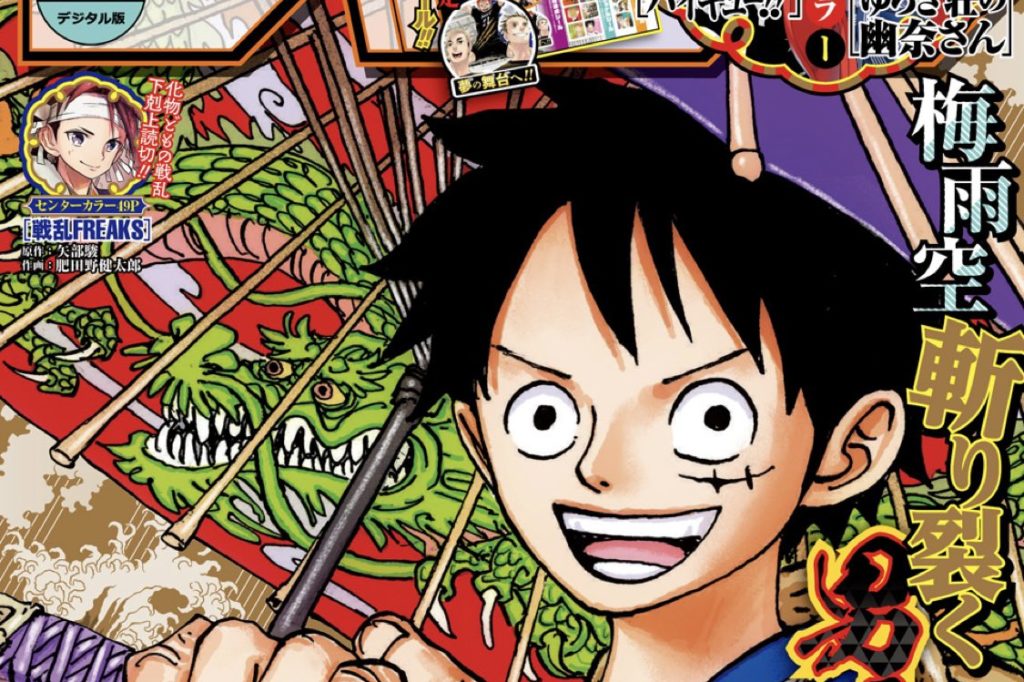 Four new series are joining the Weekly Shonen Jump line-up over the coming weeks in a shake-up that is shaping up to be even bigger than the one last November. The magazine may be hemorrhaging series left and right, but the addition of blood both old and new may help it keep going for a while yet.

The new series joining the Weekly Shonen Jump line-up are as follows: Ayakashi Triangle by Yabuki Kentarou; God of Destruction Magu-chan by Kamiki Kei; Shaketsu no Niraikanai by Tamura Ryuuhei, and Me and Roboko by Miyazaki Shuuhei. They will debut in the magazine in that order over the coming four weeks, from June 15 to July 6.

Some of the names in that list may be familiar to you. Yabuki Kentarou penned such successful love comedies as Black Cat and To Love Ru (with Saki Hasemi) in the mid 2000s, and Tamura Ryuuhei serialized Beelzebub in the magazine from 2008 to 2015. This prior experience may give them the edge over the two other authors joining the Weekly Shonen Jump line-up this time around. These are Kamiki Kei, who has run one-shots in other magazines in the past under a different name, and Miyazaki Shuuhei, who penned the short-lived Promised Neverland parody spinoff Oyakusoku no Neverland earlier last year.

The fact that two veteran authors are joining the Weekly Shonen Jump line-up alongside two rookie authors at the same time will make the coming months interesting to behold. Will youth triumph over experience? Furthermore, which series will be moving alongside to make room for four more? We’ve already seen two depart the scene (Demon Slayer, Yuuna and the Haunted Hot Springs) with another soon to follow (The Promised Neverland), but what will be the fourth? My money’s on Guardian of the Witch, although we don’t know for sure just yet.

In any case, keep your eye on the official Shonen Jump website for more information on these new series as it comes in. You can also read most Jump manga for free via VIZ Media’s Shonen Jump. Why not also check out the Your Manga Week column, where we cover the latest series as they debut? You won’t regret it.