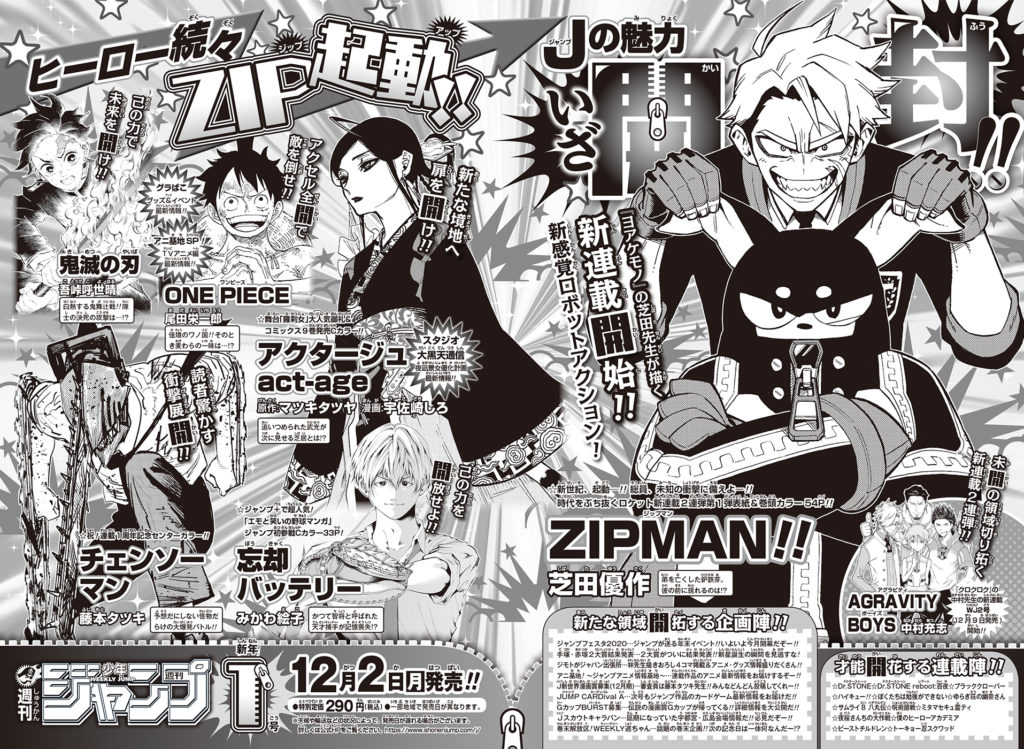 For all of the good news that this week’s issue no. 52 of Weekly Shonen Jump brought us, it also acted as a harbinger of doom for fans of some of the magazine’s latest series as not one, not two, but four series were announced to be ending – leaving big holes in the legendary magazine’s line-up. 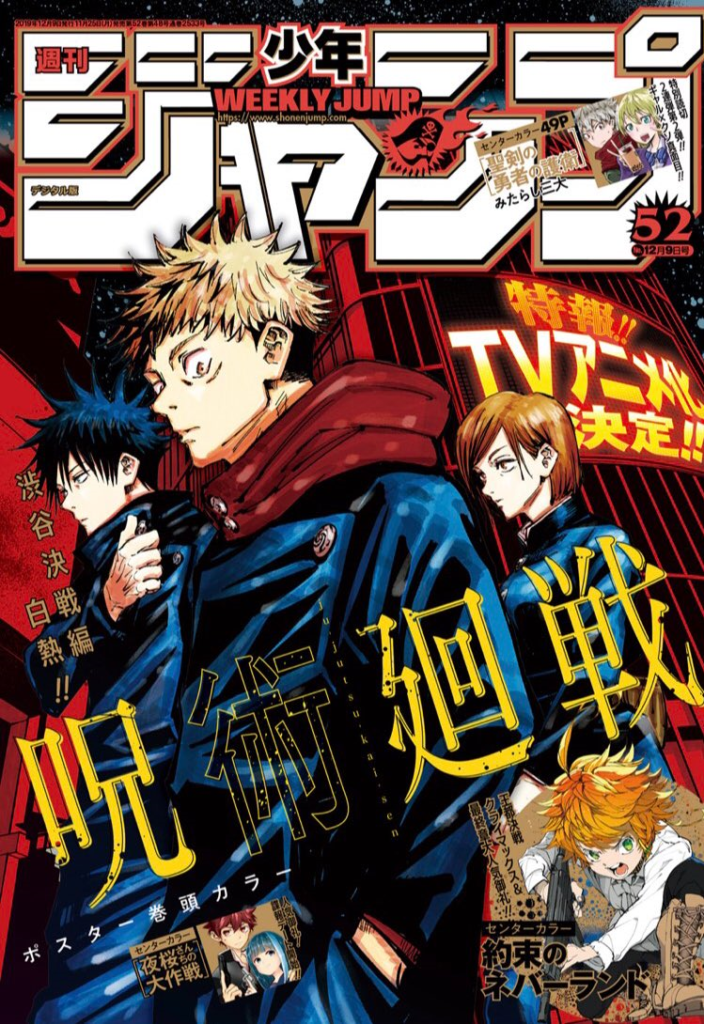 The cancellation of two series alone leaves several holes in the Weekly Shonen Jump line-up, but the fissure deepened as fans read ahead and discovered that both Beast Children and Tokyo Shinobi Squad would also be coming to an end fairly soon.

This fact was only tacitly conveyed by an announcement that the two aforementioned series would be ending with the release of their third collected volume, which gave no timeframe. But both series will reach the necessary standard chapter count to fill another volume within the coming weeks, so it’s safe to say that they’ll be ending fairly soon.

Shueisha are looking to shore up the losses to their Weekly Shonen Jump line-up with the launch of two new series – the first of which, ZIPMAN, will launch in next week’s issue no. 1. It is being penned by former Eiichiro Oda and Kohei Horikoshi assistant Yusaku Shibata, who describes the series as “new feel robot action.”

Nakamura Atushi will also be premiering his new series Agravity Boys (middle right) in issue no. 2 the week after. Both Atsushi and Shibata have had series in Weekly Shonen Jump once before, so they’re no rookies. There’ll also be a new one-shot by the name of ‘Forgotten Battery (Boukyaku Battery)’ alongside Shibata’s ZIPMAN to make up the losses in the meantime.

Nevertheless, things aren’t looking so good for the Weekly Shonen Jump line-up. They’re about to lose four series almost all at once, with all of these series having debuted this year. Not only does this thin the contents of the magazine considerably, but it hardly spells good omens for those new authors about to step into the fray. Add to that the longer-term problems affecting Jump’s sales and circulation, and it’s hardly an ideal situation.

But the magazine has always somehow managed to bounce back, as there’s always artists and writers ready and willing to lend their creativity to the seminal shonen magazine. So even as Yui Kamio, Double Taisei, Beast Children and Tokyo Shinobi Squad depart the Weekly Shonen Jump line-up, let’s look forward to discovering what might take their place.