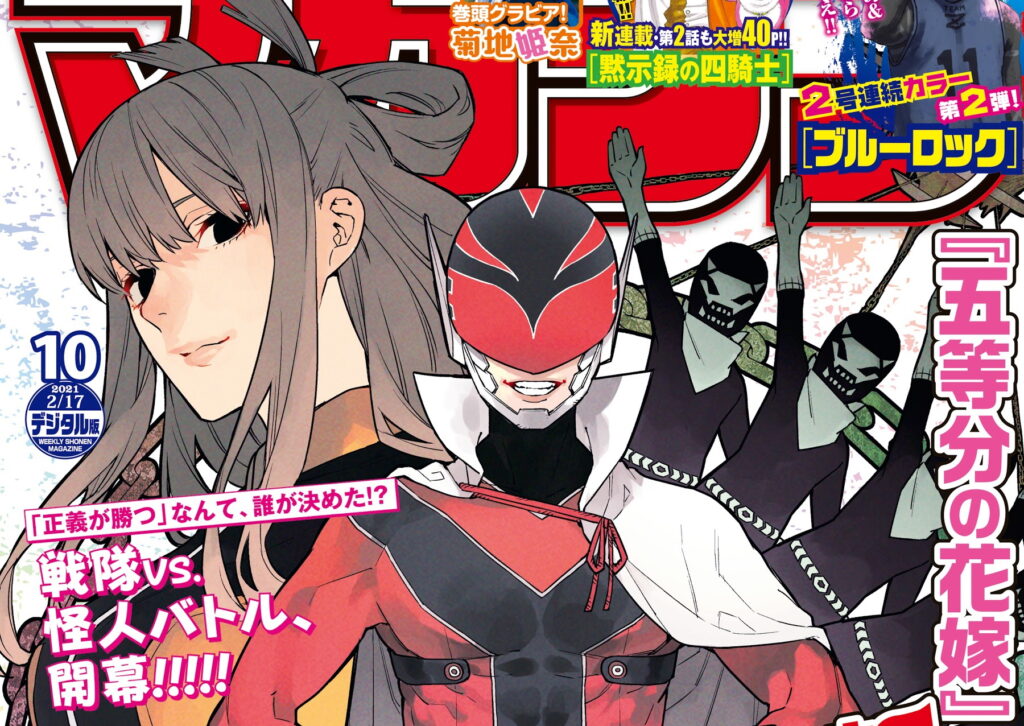 Going into 2021, there was reason to believe that Weekly Shonen Magazine might be in trouble. Several popular series had come to an end, including The Quintessential Quintuplets by Negi Haruba, Domestic Girlfriend by Kei Sasuga, and The Seven Deadly Sins by Nakaba Suzuki, placing the onus on new and unadapted series to succeed.

Nevertheless, editor-in-chief Kurita Hirotoshi remarked in a July 2020 interview with Oricon that he had ‘no regrets’ about this state of affairs and believed that the new series would ‘replenish’ the publication’s roster. Although one of the series that he mentioned, Tokyo Babel, has since come to an unceremonious end, his faith was mostly well placed.

Much like the four other major weekly publications targeting the shonen demographic, Weekly Shonen Magazine has benefited in 2021 from the publicity of adaptation. Edens Zero, Tokyo Revengers, and To Your Eternity have all already received anime this year, with Tesla Note, Girlfriend, Girlfriend, When Will Ayumu Make His Move?, and The Cuckoo’s Fiancee set to follow soon. 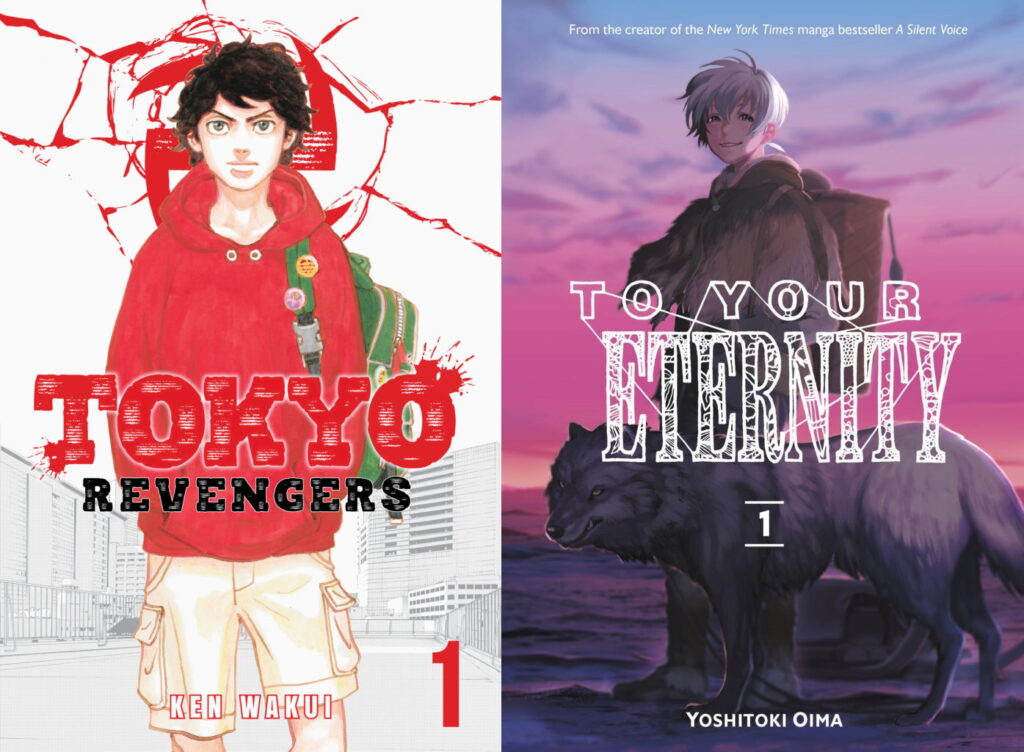 That being said, only two Weekly Shonen Magazine series have really measured up to the other big shonen success story in 2021, Jujutsu Kaisen: Tokyo Revengers and To Your Eternity.

For Tokyo Revengers, it really was just a case of greater publicity. By virtue of its unique premise and use of tropes rarely seen in the mainstream anymore (delinquents), it always was just a success waiting to happen. Like clockwork, then, once the anime started, volumes started to fly off the shelves: there has been a 670% jump in sales since the anime started in April!

For To Your Eternity, it’s a bit of a different story. There hasn’t been a massive uptick in sales in the same way as Tokyo Revengers, but it has proven to be an unexpected critical hit: the first episode, in particular, blew audiences away with its emotionally charged, thematically resonant storytelling. Our own Alicia Haddick remarked: ‘Based on episode 1, it’s fair to say that there isn’t an anime airing this season quite like To Your Eternity.’

Of course, it remains to be seen if sales of the To Your Eternity manga will increase once the anime ends, with audiences hungry for more. Plus, who knows what kind of an effect the live-action movie will have for Tokyo Revengers when it releases this summer: it might bring in an entirely different audience!

In any case, there were also several new series that debuted in 2021 that should serve to underscore Weekly Shonen Magazine’s medium- to long-term future. Looking back at last year, while Shangri-La Frontier was also very successful, The Cuckoo’s Fiancee ultimately ended up as the defining work of 2020: it’s an original Magazine story, after all, not based on a light novel. 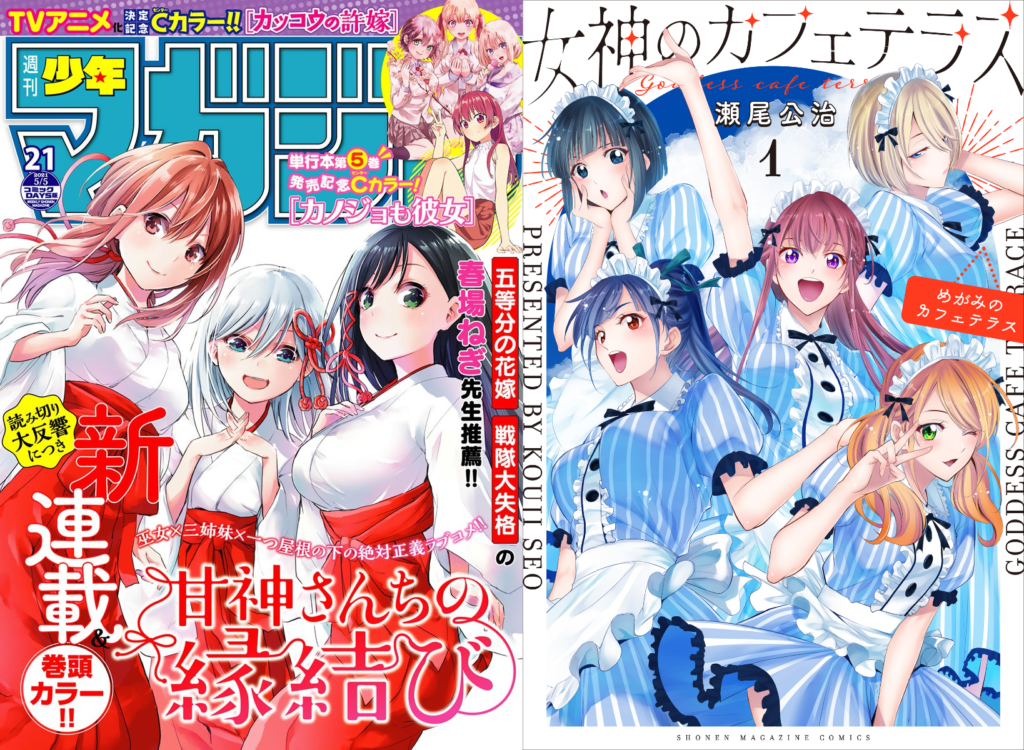 Considering Cuckoo’s record-breaking success, it’s perhaps no surprise that many of the series that debuted in Weekly Shonen Magazine in 2021 were also love comedies. Even so, this isn’t just a simple case of trying to capture lightning in a bottle: audiences genuinely want more of these stories, evidenced by the strong reception to Amagami-san chi no Enmusubi on the reader surveys.

What’s more, while Kouji Seo’s new series Café Terrace of the Goddesses may come off at first like a simple Quintuplets cash grab, it’s clear from a recent interview he did with Oricon that a lot of thought went into it. He also considers it as a challenge for himself, given that he hasn’t done a harem series before: it’d be nice to look at the sales figures for the first volume to see if audiences have responded to this, but it hasn’t been out for long enough as of the time of writing.

If you’re anything like me, though, you probably can’t even stomach the thought of another long, drawn-out romance series. With this in mind, one thread running through some of Weekly Shonen Magazine’s recent 2021 debuts might prove more interesting: anti-heroes.

To be absolutely clear, it’s not as if anti-heroes are a stranger to Weekly Shonen Magazine. In fact, Go Nagai’s original Devilman manga was serialized in it back in the 1970s, which is often considered to be the progenitor of Japanese dark fantasy. At the very least, it isn’t something we’ve seen too often in recent memory, and especially in such a small space of time. 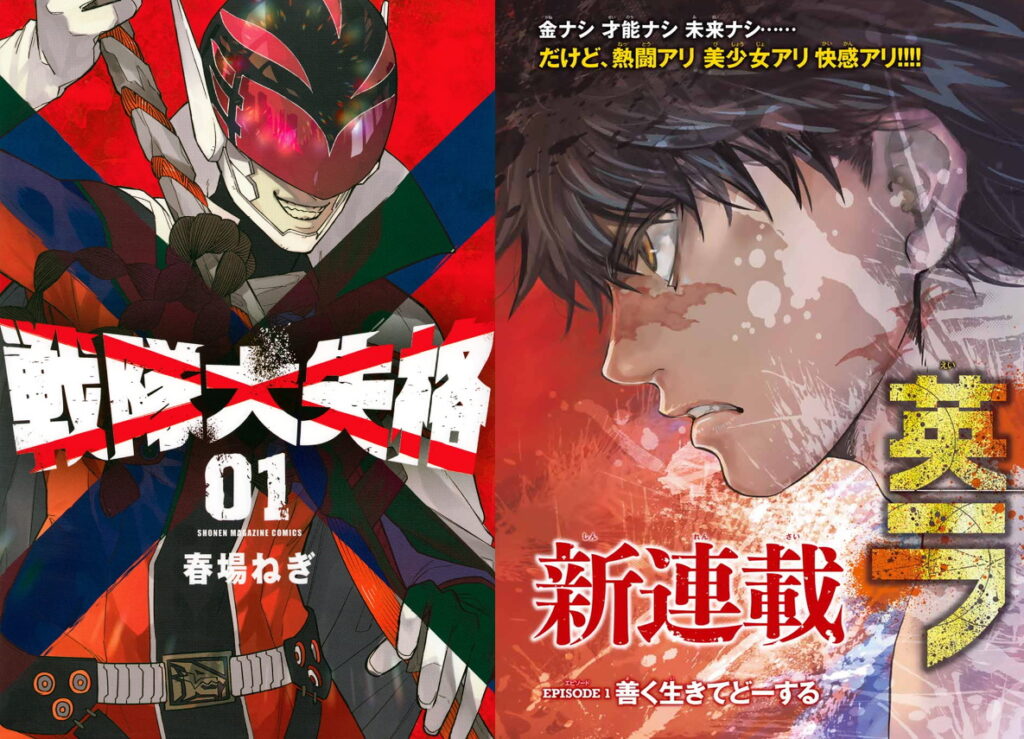 Two series signal Weekly Shonen Magazine’s turn towards anti-heroes in 2021. First, we have Negi Haruba’s new series, Sentai Daishikkaku: instead of resting on his laurels and doing yet another love comedy, he decided to lean into his influences and craft an anti-tokusatsu tokusatsu story. And then we have Eisen no Love Lock by Tatsuya Shihara, which earned a lot of press already due to the author’s illustration campaign, but impressed with its first chapter last week. That one’s about superheroes.

On the whole, Eisen no Love Lock is probably darker than Sentai Daishikkaku, but that doesn’t take away from the fact that both feature protagonists working against groups that are usually considered to be the forces of ‘good.’ As to why two series like that have come about at around the same time, it’s probably just a coincidence, but I can’t help but feel like it’s somewhat congruent with the wider feeling in society (and among young people in particular) that the powers-that-be have failed them.

Art is always influenced by the environment in which it is created, so this isn’t too much of a stretch. Moreover, Weekly Shonen Magazine’s performance so far in 2021 should serve to alleviate any concerns about the state of the roster, proving Hirotoshi’s optimism to be well-placed.

Finally, the new blood is looking particularly fresh, even if whether you want more love comedies is an entirely subjective question.

You can find most Weekly Shonen Magazine titles in English via Kodansha USA.