Weekly Shonen Magazine Gets in on the Voice Comics Craze 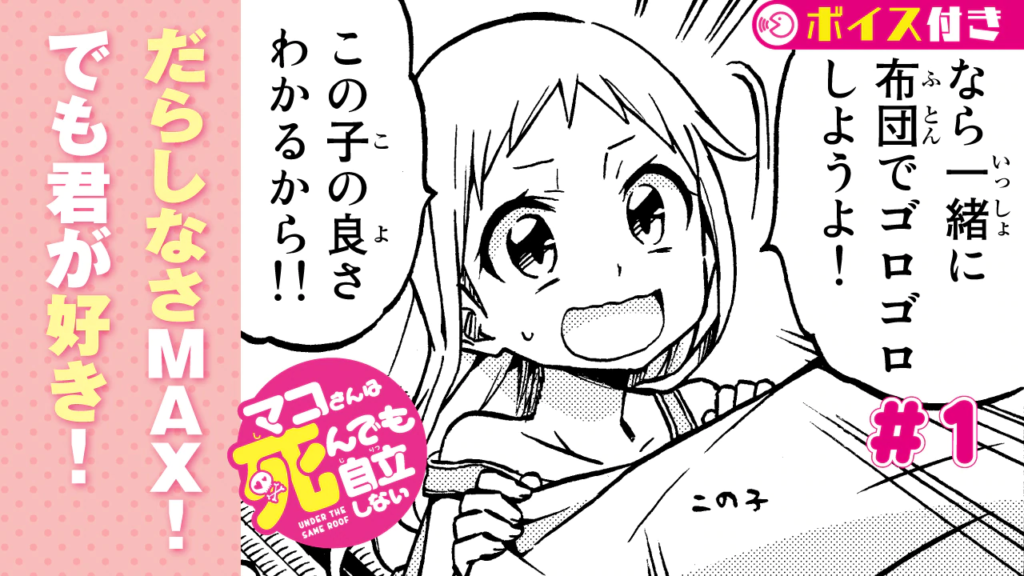 With the dawn of the worldwide web, mainstream manga publishers have struggled to find ways to connect with an increasingly digital-only generation. True, such series as Demon Slayer: Kimetsu no Yaiba are bigger than ever, but that still didn’t stop physical book and magazine sales from declining last year. E-books and online content is the way forward, which is why it is encouraging to see Kodansha and Weekly Shonen Magazine jump on the recent ‘voice comics’ craze.

The publisher has arguably dabbled with ‘animated’ manga videos before, but these are different: following in the footsteps of Shueisha and Weekly Shonen Jump, the official Weekly Shonen Magazine is adding voice acting to some of their latest series, starting with Mako-san wa Shindemo Jiritsu Shinai.

Penned by Daisuke Chida, this isn’t really the most auspicious way to start Weekly Shonen Magazine’s foray into voice comics. The series ended in 2019, after all, but it does mark a departure from the type of video content that the publisher was producing before: it brought such landmark titles as Attack on Titan to YouTube, but without voice acting and instead set to very generic music. This kind of content is much more engaging.

It would be naïve to think that Magazine hasn’t been paying attention to the similar endeavors of Weekly Shonen Jump, its historic rival, but even if this idea is taken almost wholesale from them, that wouldn’t be such a bad thing. At the end of the day, how else are you supposed to reach the young kids who only watch YouTube through their iPads and have never bought a physical book in their lives? Voice comics, that’s how, alongside expanding such online manga services as Magazine Pocket.

Now that Weekly Shonen Magazine has gotten in on the voice comics craze, it would appear to be only a matter of time before Weekly Shonen Sunday and Weekly Shonen Champion (the remaining big two shonen magazines) follow suit and produce their own content along the same lines. In the meantime, you can check out some of Magazine’s latest via the official Shonen Magazine channel. The next one will be Boku no Kanojo wa Saikou desu! on 21 February.

‘Seven Deadly Sins: Cursed by Light’ Gets a New Trailer

Examining Attack on Titan’s Ending: A Problem of Perspective