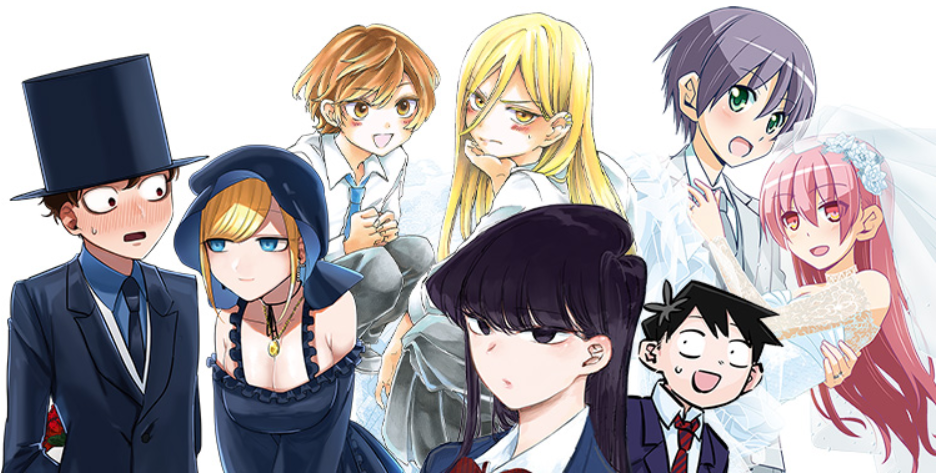 One of the most interesting things that came out of the discussion last week between the Weekly Shonen Champion and Weekly Shonen Sunday editors-in-chief was the fact that both men recognized that their respective magazines were known for running certain types of series, and in fact embraced that as part of each magazine’s unique appeal.

In Sunday’s case, this has always been love comedies. After all, the magazine has been home to such greats as Urusei Yatsura and The World God Only Knows that have helped define the genre as a whole in the past. And now, Sunday is looking forward to the future, as it shows off four of its up-and-coming love comedies in a new promotional video.

Four love comedy manga currently serialized in Weekly Shonen Sunday and adjacent digital magazines are featured in the above promotional video, and it’s quite clear that Sunday views them as the next big hits to come out of the genre.

This is definitely already true for the first series featured in the video, Komi-san wa Komyushou desu (Komi Can’t Communicate). This series, in particular, has seen significant traction in recent months due to its endearing cast of characters and effective sense of humor, so perhaps it is only natural that it lead the charge on Sunday’s new line-up of hit love comedies.

Next up in the video is the series Tonikaku Kawaii (Fly Me to the Moon), which last popped up on my radar a couple of months ago with its own promotional video for it’s first collected volume, featuring the voice of virtual YouTuber Tsukino Mito.

That being said, I haven’t seen much buzz surrounding this series, which is particularly surprising given that the author of Hayate the Combat Butler is behind it. But it’s certainly got potential, especially with its endearing premise, which revolves around a boy with a ‘peculiar’ name that suddenly ends up getting married to the girl of his dreams. It’s pure fluff, and I’m sure people will begin to eat it up in no time.

The last two Sunday love comedy series featured in the video are ones that I hadn’t heard of beforehand, mostly because they are digital serializations. However, the point of the video is, after all, to promote new series to new readers. So, without further ado, those series are Shinigamibou-chan and the Black Maid and Naisho no Touko-nee-chan (The Secret Touko-nee-chan).

Shinigamibou seems right up the alley of fans of Nagatoro-san, as in the trailer it promises ‘reverse abuse’ from the titular maid character. I’ll leave you to guess who might like Touko-nee-chan though, as it follows the story of the delinquent Touko who really, really likes her younger brother.

It’s quite clear from how Weekly Shonen Sunday has lumped these four love comedy series together in one video that the magazine views these four series as the next big hits to come out of the love comedy genre.

As stated, Weekly Shonen Sunday has set a historical precedent for this in the past, so that’s not exactly a pipe dream. But I do wonder if any of these manga will truly get big until their eventual anime adaptation – that is, after all, what catapults many manga to major success these days.

If you’re interested in checking out any of Sunday’s proposed next generation of love comedy manga though, all four series are currently discounted as part of a special sale.