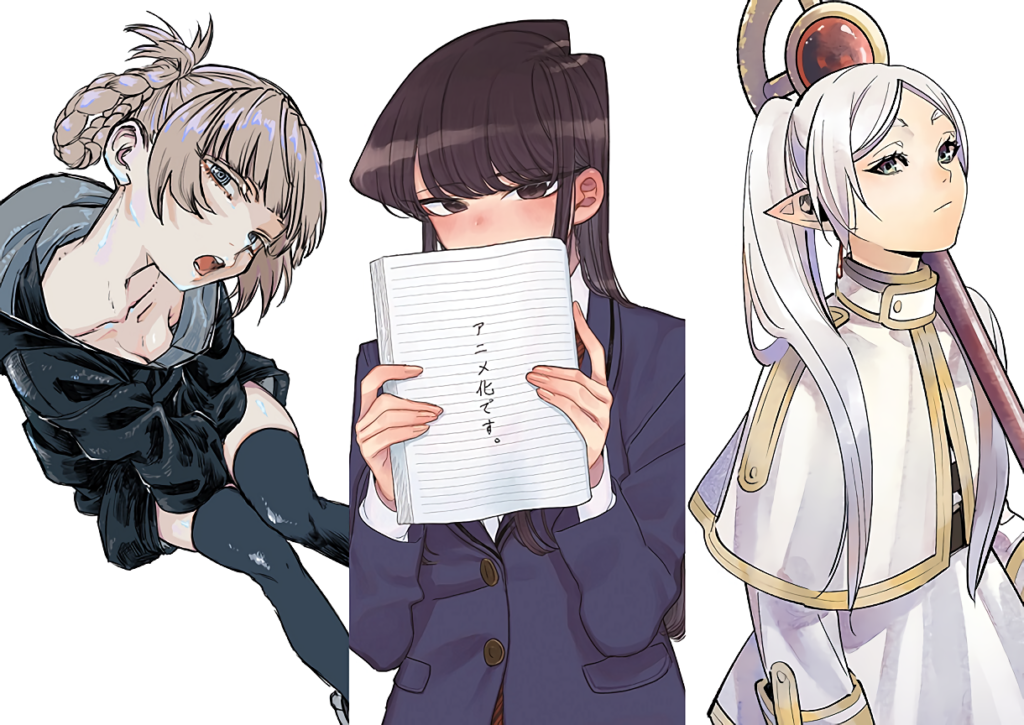 Weekly Shonen Sunday has launched a TikTok competition, offering prizes in exchange for short videos based on some of their most popular series.

Like it or not, TikTok is driving a lot of trends right now. Whether it be reviving the fortunes of old series such as Darling in the Franxx or getting Terry Crews to retweet a remix of ‘Renai Circulation,’ the addictive app is here to stay. With this in mind, it’s perhaps no surprise to see Weekly Shonen Sunday and Shogakukan jumping on the TikTok trend with this competition: they’d hardly be the first company to do so, either.

Over the next couple of months, Weekly Shonen Sunday will be judging videos from TikTok for this competition based on the following series: Call of the Night, Komi Can’t Communicate, and Sousou no Frieren. Right now, it’s all about Call of the Night, with users being asked to either make videos about the series in a vlog format or create their own animated PVs using the materials available on Dropbox. Anyone submitting should use the hashtag #よふかしのなんでも.

Entries are being accepted until 16 June, with the Komi-san segment of the Weekly Shonen Sunday TikTok competition kicking off on 6 June in turn. For this series, users are being asked to ‘introduce’ those around them (whether they be people, things, or pets) to aid protagonist Komi in her quest to make 100 friends. Again, anyone participating in this should add the hashtag #だれだれさんはなになにです. The deadline is also 30 June.

Finally, have you ever wanted to write an essay about Sousou no Frieren? Well, the Weekly Shonen Sunday TikTok competition is encouraging you to do just that: demonstrating what you love about this series in the form of illustrations, cosplays, or even just words on the screen is what could get you in with the chance of winning a prize. Entries open 16 June and close 17 July for this particular portion. The hashtag is #創造のフリーレン

Unfortunately, the competition has only just begun as of the time of writing, so there aren’t many videos to demonstrate how well the new stars of Weekly Shonen Sunday translate to TikTok. One thing’s for sure, though: the platform will only continue to grow in importance in the future, especially if magazines like Sunday get behind it.