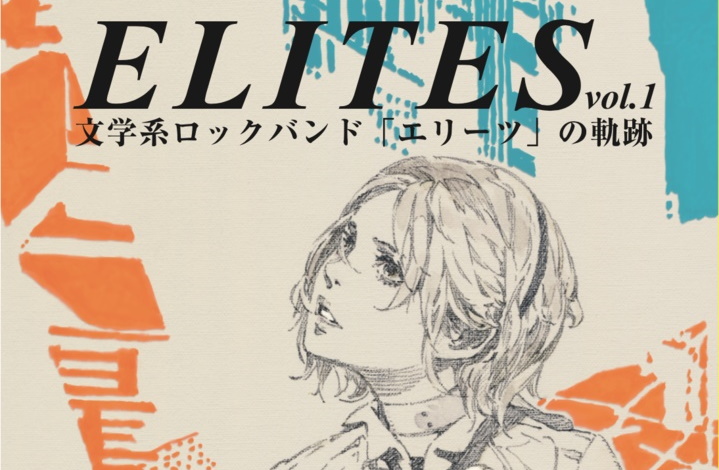 Tatsuhiko Takimoto is penning a sequel to his original Welcome to the NHK novel, twenty years after it was released. A continuation definitely didn’t need to happen, but at least the method in which it will be released is quite intriguing.

As it turns out, Takimoto is currently operating as part of the ‘literature rock band’ Elites along with fellow novelists Meron Uminekozawa, Yuuya Satou, and pha. The other member, Robes, used to work in the publishing industry.

Aside from releasing songs, the group also puts out a doujinshi magazine called Elites: so far, two issues have been published, and it is in the upcoming third volume that the Welcome to the NHK sequel will be published.

Inventively titled Shin NHK ni Youkoso! (New Welcome to the NHK), Takimoto confirmed via his own Twitter account that this sequel twenty years in the making will take the form of a short story. The magazine will also contain a long interview with him and one of his latest essays. As a result, the impact that this continuation might have on the original’s image will probably be limited, but there is reason to worry.

After all, the original 2001 novel already left off on a thematically resonant note, saying that it is only you that can fix your life: no one else. If the continuation ruins that by having Satou somehow revert back to his hikikomori lifestyle, or getting together with Misaki, then that’d be a crying shame.

At the very least, one hopes that Shin NHK ni Youkoso! ends up like Cemetery Hills: the spiritual successor to Panty & Stocking With Garterbelt penned by Hiromi Wakabayashi and described by Lachlan as a ‘legitimate rush.’ The video in which the sequel was announced also asks of the viewer: ‘Can you follow the earnestness of this author who has written this continuation after twenty years?’

I suppose that depends on the quality of the work.

The third volume of Elites containing the Welcome to the NHK sequel will go on sale at the Literature Flea Market event in Tokyo on May 16. You can also purchase it online via BOOTH.