Welcome to the World of Chunithm 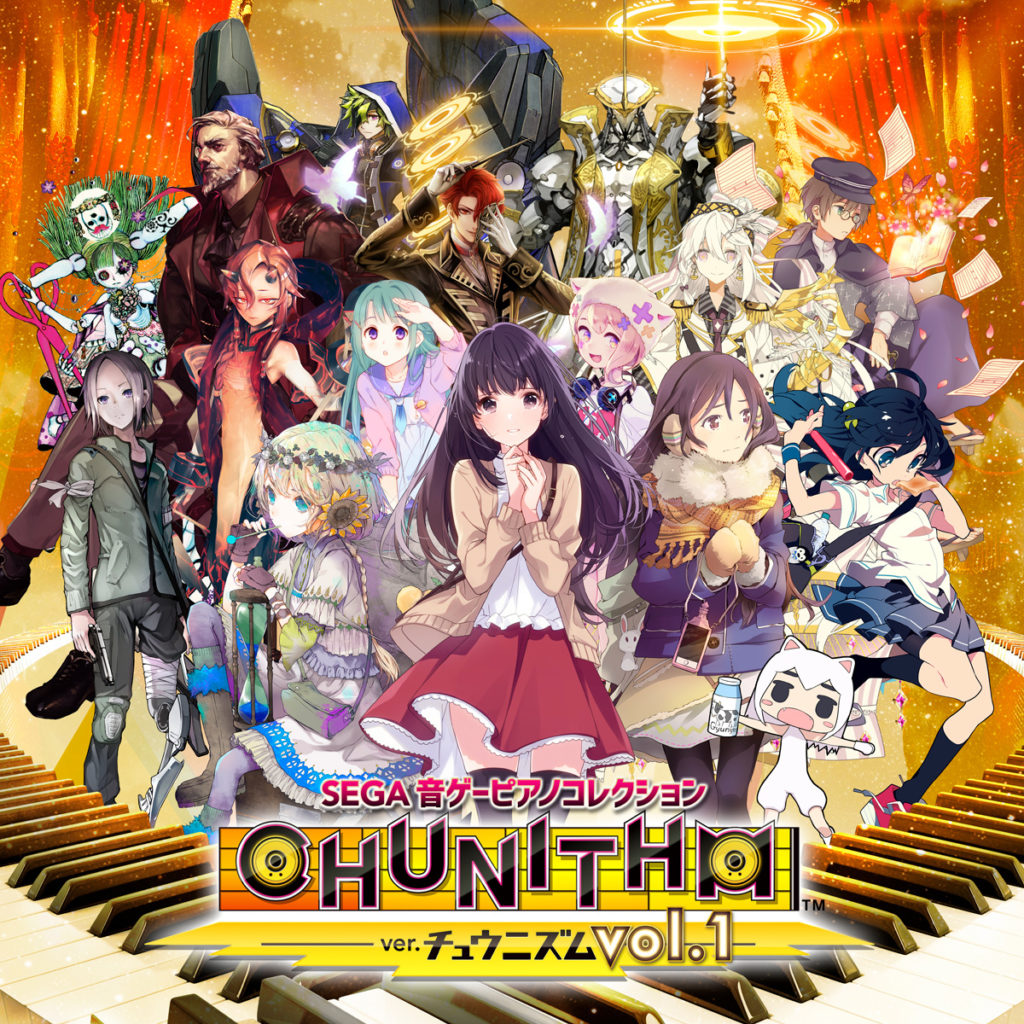 While not SEGA’s first foray in the music-game market, Chunithm is probably one of the most interesting. Even more so than the washing machine doppelganger “maimai”. The game is unique in the fact that it uses a touch panel bar at the front of the machine as well as sensors lined along the sides of the machine to have players react to multiple different note types such as tapping, holding, sliding, and raising their hands off of the control panel.

The game has a very large tracklist with many of the fan-favorite artists coming from the Japanese underground music scene as well. While the game is still relatively new (there have only been 5 FULL release updates), that’s not to say that the game hasn’t had its fair share of content.

Let’s take a look at the different versions of Chunithm and its timeline.

Chunithm has had a total of 5 mainline releases and 4 supplemental “PLUS” releases making a total of 9 releases for the game. With each mainline release, the game’s core title changes as well as the color of the interface and usually the addition of new gimmicks. Here are the releases that have been released for Chunithm:

Chunithm – Released on July 16th, 2015 – This is the initial release of the Chunithm franchise with the main color being Yellow.

Chunithm PLUS – Released on February 4th, 2016 – A supplemental update to Chunithm which includes the “WORLD’S END” Tickets and quality of life changes to the game flow.

Chunithm AIR – Released on August 25th, 2016 – The 2nd official full release of Chunithm which changed the main color to blue. Aside from new songs being added to the game, there were many changes to the system such as nameplates being added and system menu voices being added/

Chunithm AIR PLUS – Released on February 9th, 2017 – The 2nd supplemental update to Chunithm which adds more songs and more quality of life changes.

Chunithm STAR – Released on August 24th, 2017 – The 3rd full release to Chunithm with the main color changing to orange. Again, new songs are added and more quality of life improvements have been made. Most notably the ability to select which map you want to challenge at the start of play.

Chunithm STAR PLUS – Released on March 8th, 2018 – The 3rd supplemental update to Chunithm. As other supplemental updates have provided, this one also brought new songs and quality of life changes such as the ability to purchase tickets directly from the userbox.

Chunithm AMAZON – Released on October 25th, 2018 – The 4th full release to Chunithm with the ain color changing to green. As previously, new songs have been added. This is also the first release to use the bundled service “Geki! Chumai-NET”, which allows users to utilize the online features for other SEGA rhythm games, ONGEKI, and MAIMAI.

Chunithm AMAZON PLUS – Released on April 11th, 2019 – The 4th supplemental release to Chunithm. Again added new songs, but instead of a quality of life improvement, this one brought something that many players didn’t like. Online matching was now limited to the songs that you had in your inventory whereas previously, players could play songs that they haven’t unlocked yet should their opponent choose them.

Chunithm CRYSTAL – Released on October 24th, 2019 – The 5th full release of Chunithm. As with every previous release, this one also added new songs. Quality of life improvements includes a fast/late indicator, the ability to see friend scores, and teams.

The Next True Music Game

Chunithm offers modes for all levels of gameplay from beginners to veterans alike. The only downside to this is that it is only available in Asia. So US players and EU based players are kind of left in the dark with being able to experience the fun and joy of being able to play Chunithm to their heart’s content.

So if you find yourself on the other side of the ocean or somewhere in Asia with a game center, give Chunithm a try. It’s a very unique experience with some innovative twists on traditional music game gameplay.