Ghoul and Guile: What Are Overlord’s Female Characters Based On? 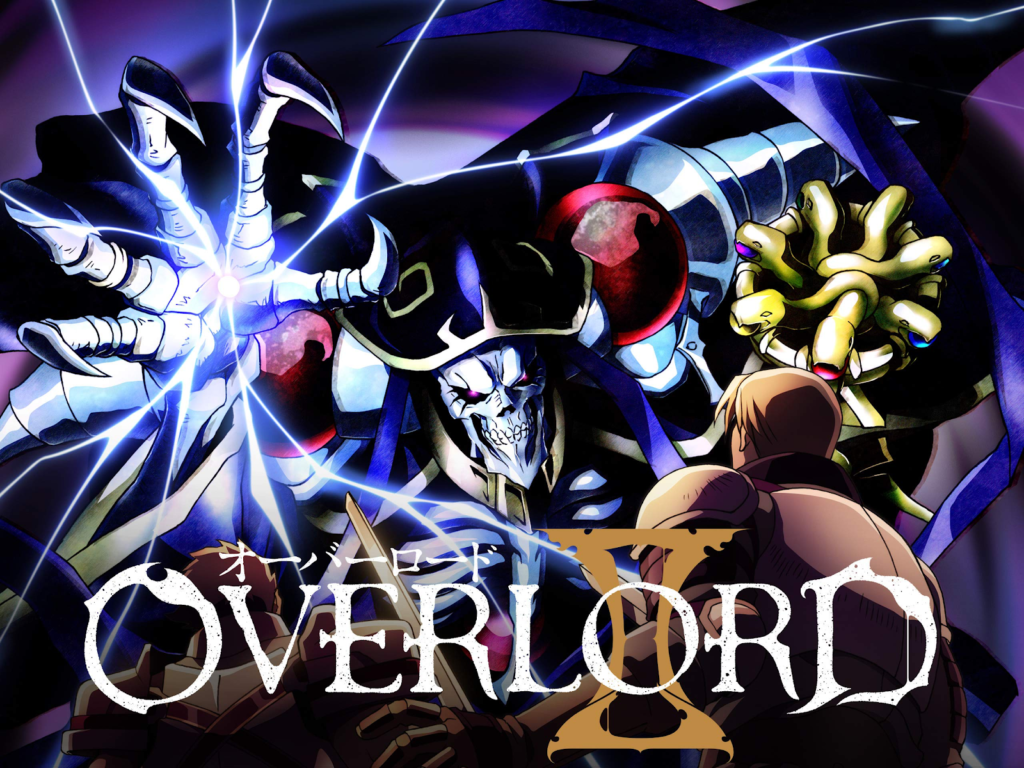 I don’t remember what prompted me to watch the dark fantasy/isekai anime Overlord in the first place, but I couldn’t be happier with how things turned out. It’s a gem of a show.

It seems like every anime is a fantasy world-hopping isekai nowadays. Not that this is a bad thing, per se, but any one genre in excess is going to become a bit stale. Overlord, on the other hand, is a show in which people may easily forget its non-fantasy elements.

It’s also a show that handles its overpowered lich protagonist (villain?) in a way that still sustains a level of tension.

After all, the heart of the story is that of morality (and there lack of) and power.

Overlord follows salaryman Satoru Suzuki as he finds himself trapped in an online game called “YGGDRASIL” the moment its servers shut down for good. In the hopes of finding answers and his fellow Ainz Ooal Gown guild members, Satoru decides to fully embody his in-game persona “Momonga” and extend the Great Tomb’s reach across the land.

However, being someone interested in female characters and designs, the ladies of the Great Tomb of Nazarick took center stage for me.

Ainz Ooal Gown consists entirely of non-humans. With that said, the female residents of the Great Tomb are a wonderful mix of classic monsters and fantasy/sci-fi tropes.

Kugane Maruyama’s Overlord light novel series (2010-ongoing) and Madhouse’s anime adaptation (2015-2018) ended up resonating with a lot of viewers, even being made into two compilation movies in 2017 with a potential Season 4 on the horizon.

Knowing what I know about the light novels, there will be even more interesting female characters to look forward to in the future. But until then, let’s take a look at the current residents…

The Ladies of The Great Tomb of Nazarick

Albedo is the succubus Overseer of the Great Tomb’s Floor Guardians, passionate and vicious in her love for Momonga. In the context of Overlord, succubi are very much what you’d expect from a fantasy story.

The succubi are demons resembling beautiful human women who use flight, magic, and wiles to hunt their prey, their typical fare being unsuspecting men.

The first record of these demonesses comes from Jewish mythology in which they were often depicted as truly monstrous with claws, tails, and other traits rather than beautiful. In the mystical text Zohar, the biblical Adam’s first wife, Lilith, is described as having left  him in favor of the archangel Samael. This choice would become the impetus for Lilith’s transformation into a succubus later on.

Shalltear is a true vampire Floor Guardian whose cute looks belie her lamprey-like “true” form, which is all long tongue and sharp teeth.

Unlike traditional vampires, true vampires are described as being born from ritual magic rather than a preexisting bloodsucker’s bite.

The first record of “vampires” in name comes from the 18th century hysteria surrounding death and preexisting folklore in Europe due to a couple of blood loss-related “vampiric” murders at the time.

Aura is a dark elf Floor Guardian whose specialty lies in taming beasts.

It’s likely Aura and her twin brother Mare were either based on the dökkálfar (translates to “dark elves”) or svartálfar (“black” or “swarthy elves”) of Norse mythology, if not a mix of both. The dökkálfar and svartálfar are described as dark-skinned earth-dwellers that can be “read” as the blueprint for modern dwarves. 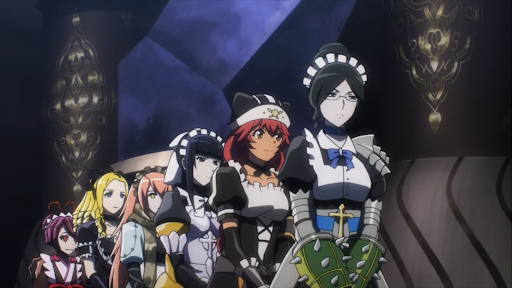 Pleiades are the combat maids tasked with securing the Great Tomb of Nazarick, each of the six sisters specializing in a different fighting style. Unfortunately for the maids who aren’t Narberal “Nabe” Gamma, the five had to wait for Seasons 2-3 to strut their stuff.

Yuri Alpha is the co-captain of Pleiades, her dullahan nature granting her immunities to decapitation, poison, and select types of magic. The dullahan (also known as dullaghan) of Irish mythology are fae who take on the form of headless riders with heads in hand, a sign of impending doom.

Lupusregina Beta is a lycanthrope with the ability to turn into an invulnerable wolf even without exposure to moonlight. The first record of werewolves or “wolf-men” comes from European folklore tied to Christianity, these creatures being the focus of cautionary tales and Satanic paganism alike.

CZ2128 Delta is unique in that she’s classified as an automaton rather than a traditional folkloric or “movie monster.” The same goes for Delta’s sisters Solution Epsilon, a slime, and Entoma Vasilissa Zeta, an arachnoid who can summon insects, the two being more recent staples in the fantasy genre.

On the other hand, Narberal “Nabe” Gamma is a shapeshifting doppelgänger who joins her liege during his double-life excursions as the human explorer “Momon.”

The term “doppelgänger” originates from Germany and comes with a number of literary and supernatural implications. While seeing a mirror of oneself was once believed to be a symbol of bad luck, the term has since expanded to themes of identity and solidarity in various media.