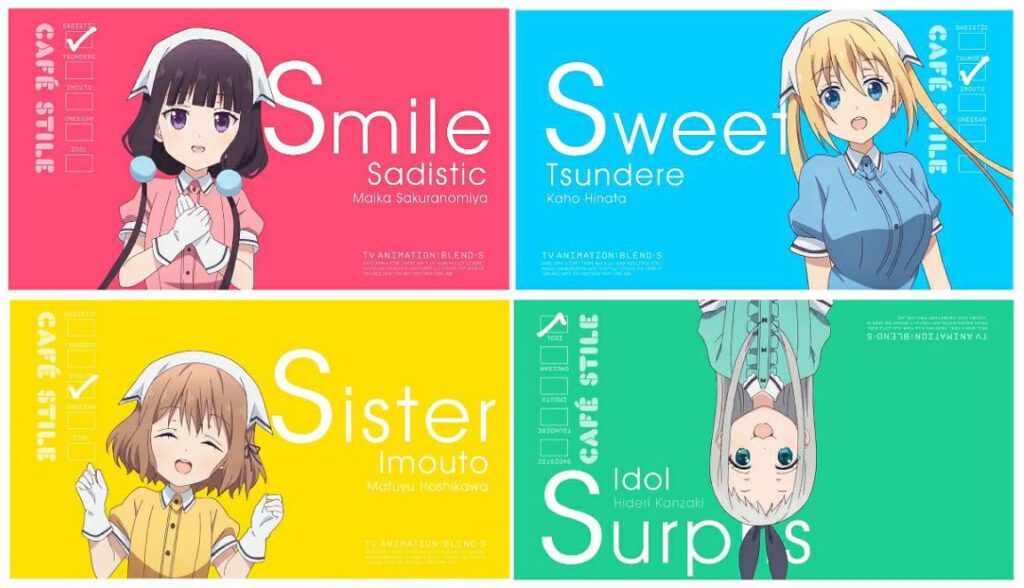 Whenever you’re watching an anime, do you notice characters with similar personalities and attitudes towards the one they’re closest to? Then you’re probably familiar with the Japanese term ‘dere’ which comes from the phrase ‘dere dere’ meaning to be lovestruck. You might recognize these Big Five Dere types in an anime or manga: Deredere, Tsundere, Yandere, Kuudere, and Dandere.

Did you know that there are more Dere types? Some are extensions of existing personalities you probably never heard of. Others may be interchangeable because a character can have more than one Dere side. It’s as good a time as any to break down all the ways anime characters express their love and affection.

Let’s take a look at the many Dere types of anime! 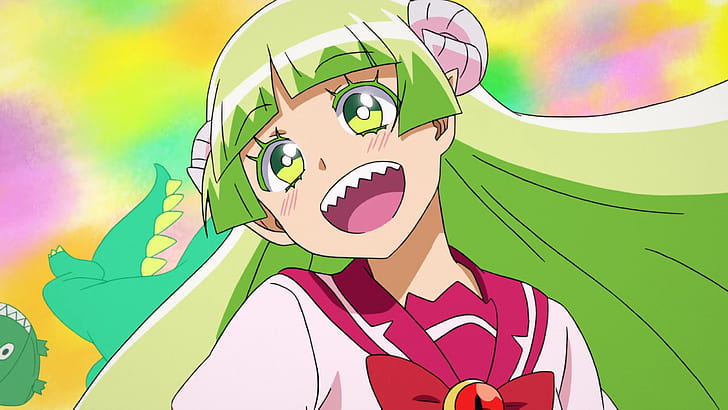 The Deredere is very energetic, kind, and caring towards others. Out of all the personality types, they’re the more stable and tend to be the main character. While they show their affection towards a loved one, they can still hold normal relations with others.

A more refined version of the Deredere type is the Oujodere who exudes a calm, collected ladylike demeanor around others. They’re strict with themselves on the outside, but sweet on the inside. An extreme example of someone with strong Deredere vibes is the Megadere who is constantly showering their beloved with praise and affection to an almost unhealthy obsession. 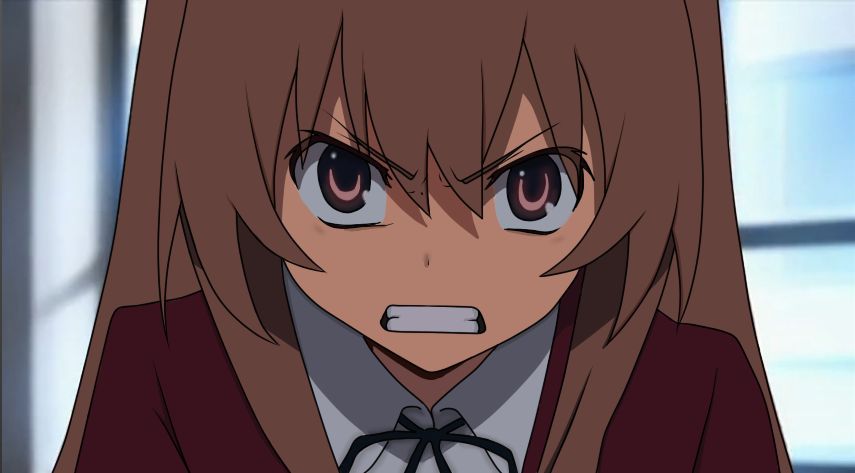 If you’ve ever heard ‘it’s not like I gave this [insert item here] to you, baka’ or “it’s not like I was worried about you” with a pouty face, then you’re probably familiar with the Tsundere. They’re a person who’s cold and hostile on the outside, but sweet and kind on the inside with the right people. It’s possibly the most recognizable Dere type that originated from a character named Ayu Daikuuji from the visual novel Kima ga Nozomu Eien.

Katy Perry’s song Hot N Cold perfectly describes the shifting nature of a Tsundere because they may be in the process of sorting out their feelings and response towards the people in their lives. They’re mean to you one day and somewhat caring the next. 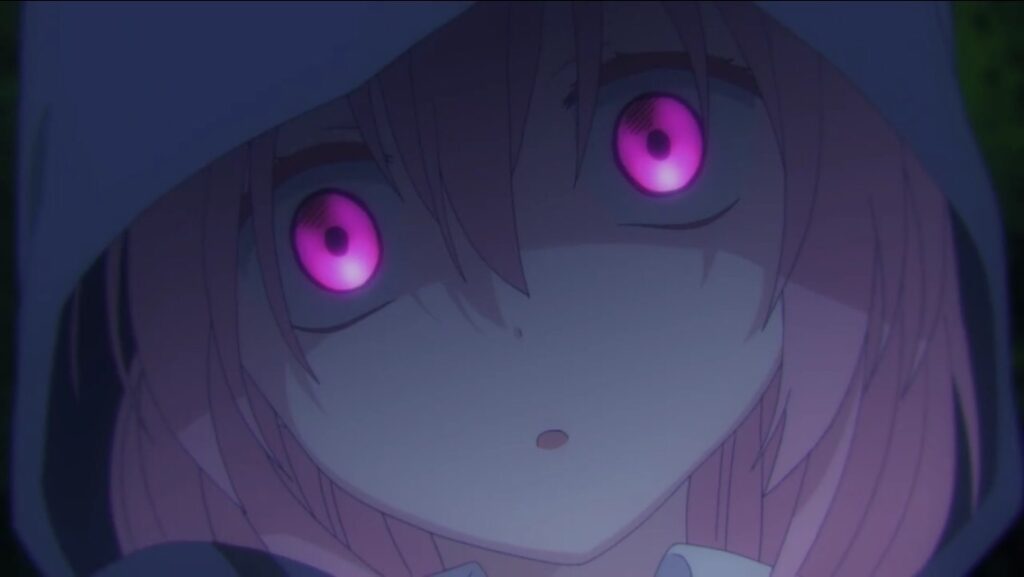 What if someone with a Deredere personality suddenly takes a dark turn? That’s basically who the Yandere is. At first, they’re really affectionate and loving towards their significant other until it becomes a constant obsession for them. This leads the Yandere to become overprotective, violent, and psychotic towards those they deem a threat to the happiness and wellbeing of their partner. If they feel slighted, they may also harm their beloved in order to protect themselves. 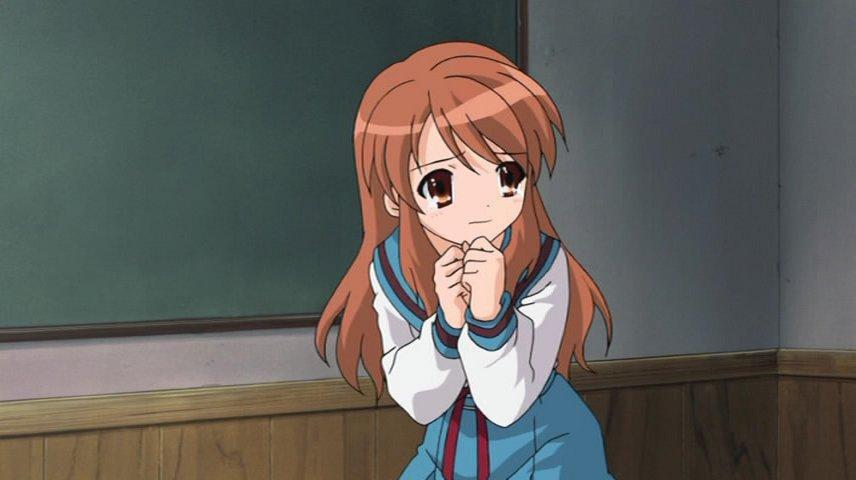 Dandere are usually shy, quiet, and asocial people in most situations. They tend to stay quiet to avoid getting into conflict. Despite their reserved nature, these introverts will open up and show their Dere side when they’re alone with the right person or group. 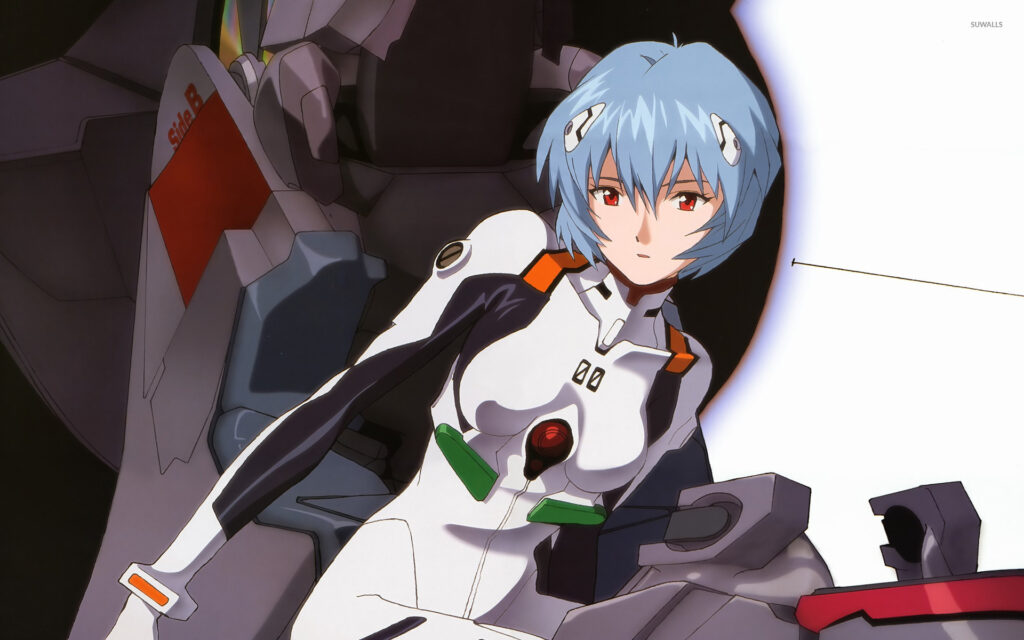 The Kuudere always plays it cool as the name suggests. Even in the most stressful situations, they’re always calm and collected. They never panic and often remain distant and analytical to the end. Unlike the Dandere, they rarely display any affection or emotion to others in any situation, but may be hiding their true emotions deep down.

An extreme example that takes this trait further is the Shundere, who are emotionless all the time because they’re sad or depressed. They rarely interact or socialize with others and lock away their true emotion deeper than a Kuudere. 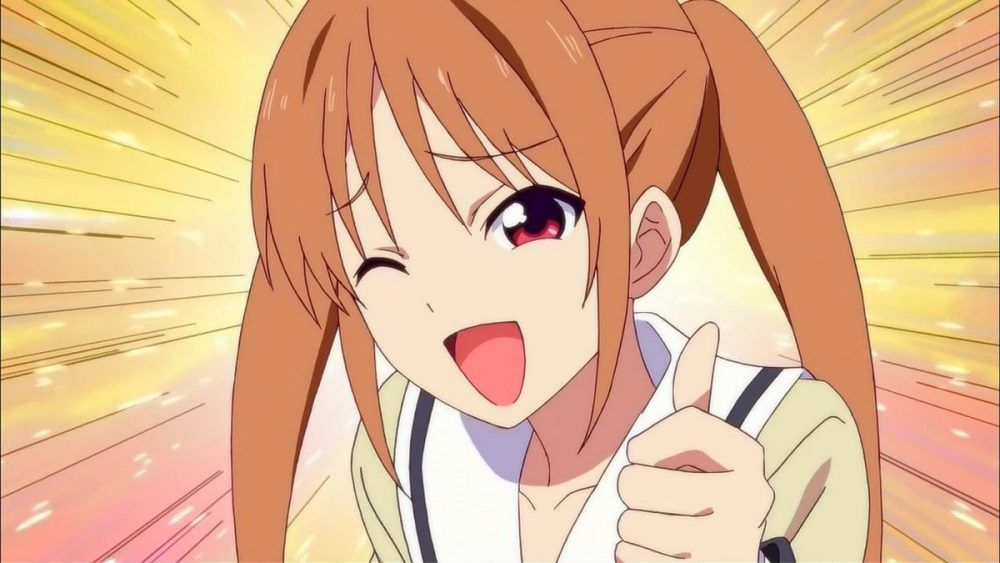 Also known as the resident airhead, the Bakadere is clumsy, stupid, and often lacks common sense when dealing with things in their life. Their optimistic outlook helps them be kind to others when they don’t even know it. The charm of a Bakadere character is their carefree, childlike innocence that often makes them a target of teasing or being taken advantage of. They can also annoy the hell out of the protagonist. 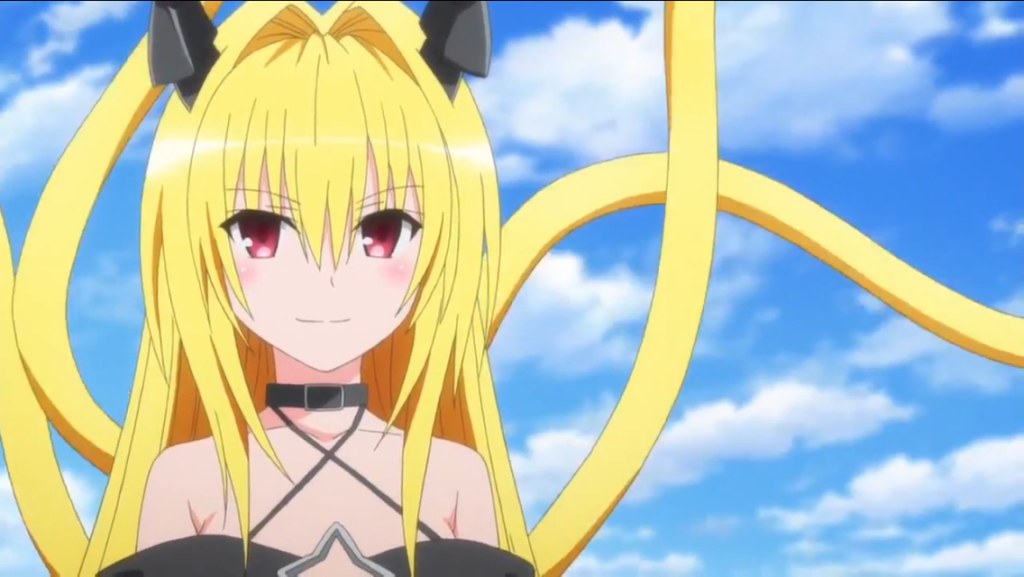 The Mayadere is typically portrayed as the antagonist or deuteragonist in a series. After a situation occurs that makes them fall in love with the main character, they switch over to the protagonist’s side to help them. While they appear hostile or intimidating at first, a change of heart allows them to reveal their true feelings to the protagonist later on. 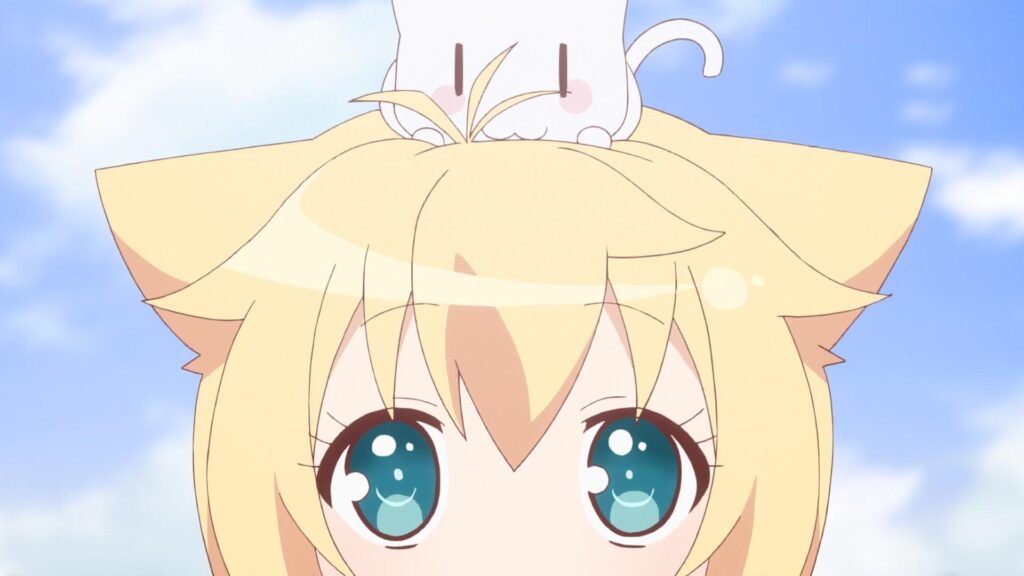 A Nyandere loves cats to the point that it becomes a part of them. They may even be actual catgirls themselves who always use ‘nyan’ at the end of their sentences. A Nyandere character usually adopts cat-like tendencies when they show their Dere side to others through imaginary fangs or cat ears. They can also be emotionless people who show their true self whenever they encounter a feline. 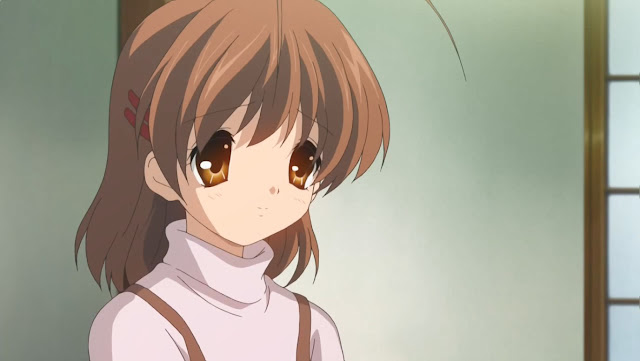 Byoukidere are kind and caring characters who suffer from a fatal disease or condition that threatens their life. They often befriend the protagonist to give them perspective or purpose and their imminent deaths are often used to motivate them. In some cases, however, they’re miraculously cured and get to spend their life with the protagonist. 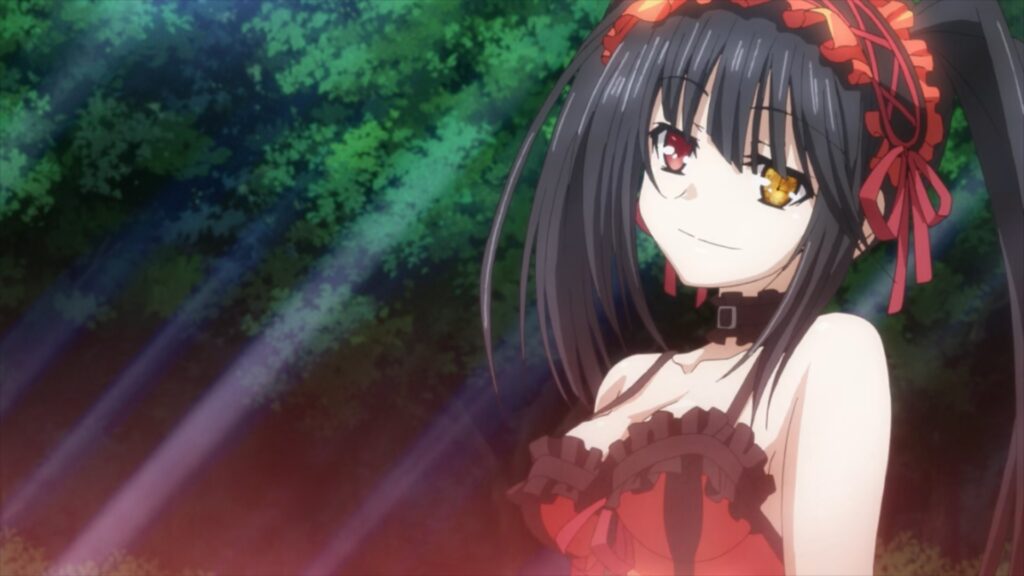 The Sadodere enjoys toying with the feelings of her targeted loved one and takes pleasure from manipulating their feelings and humiliating them. They’re often violent and cruel to others while lacking the empathy to connect. Possibly their greatest pleasure is their choice to willingly inflict pain towards their loved one, in contrast to a Yandere, who does it as a form of protection.

A character who enjoys tormenting or humiliating themselves is a Masodere and they’re masochists who compliment the Sadodere quite well. Characters who demonstrate both characteristics are called Sadomasodere. 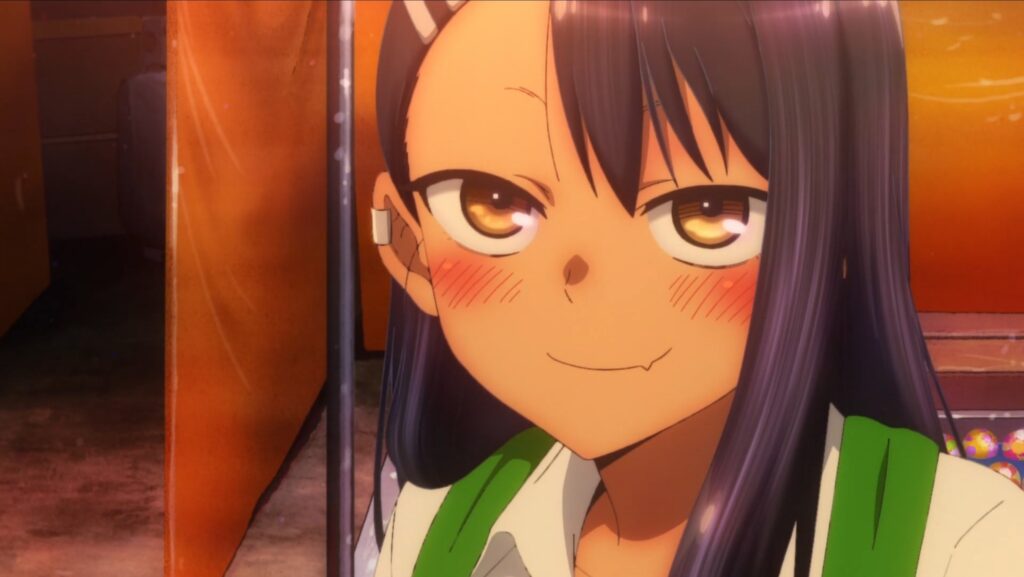 A character whose teasing is often light-hearted and flirtatious is a Hiyakasudere. They’re often mischievous and playful on the outside, constantly teasing their loved ones as a sign of affection. Sometimes, these characters can display Tsundere or Kuudere personality traits as well, purposefully enjoying their beloved’s annoyance. 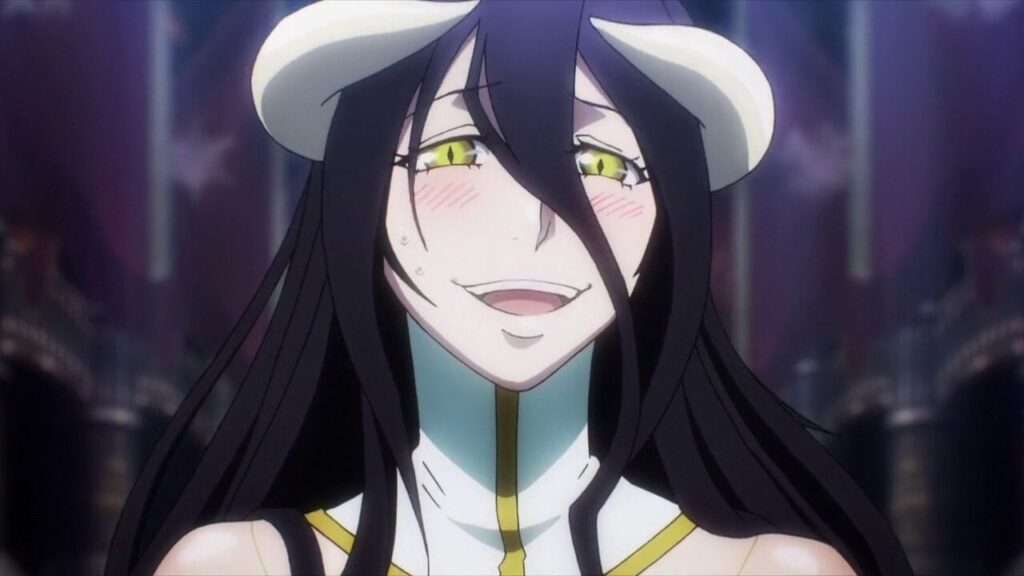 A Goudere is an overachieving character who sees their beloved as their master and will do or obtain anything for them. They have a highly idealized image of their significant other and will stop at nothing to please their partner, no matter what they think. This can lead to funny and sometimes disastrous situations involving the cast.

An extension of this personality trait is the Undere who is basically the ‘yes-man’ to everything their partner orders them to do. No matter what consequences may come, their strong devotion doesn’t allow them to betray the ones they’re closest to that easily. 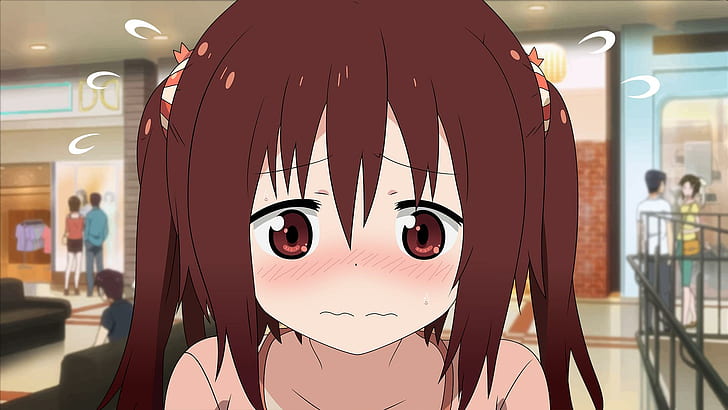 For someone who’s really shy or nervous around their crush, the Hajidere knows how to socialize with everyone else but them. They have trouble confessing to the one they love and may often blush or faint at the sight of them making the first move.

The Bodere, who is a combination of a Dandere and Tsundere, acts similarly to the Hajidere. The big difference is that they’ll lash out more aggressively towards their crush than they do. 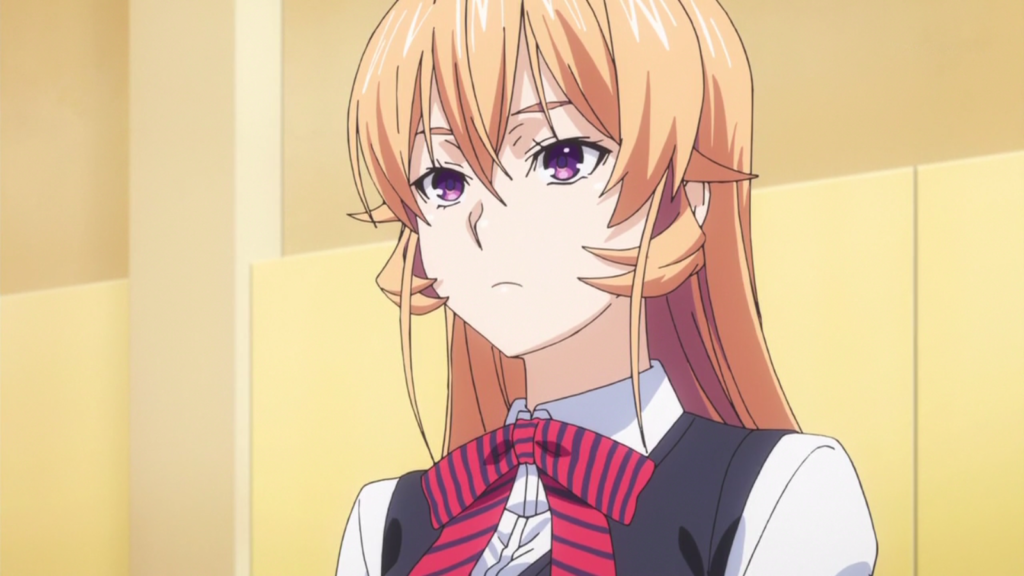 If you’ve seen the performance of Hatsune Miku’s World is Mine, then you’re already familiar with the Himedere. This kind of character thinks of themselves as a royal queen or princess who is constantly condescending toward others. They have an intense sense of pride and demand people to attend to every one of their needs. The male equivalent of this trait is the Oujidere who sees themselves as a prince or king of royalty.

The Kamidere takes their narcissism to the extreme by viewing themselves as perfect godlike beings who demand subservience from people. Sometimes, however, their arrogance brings about their downfall. 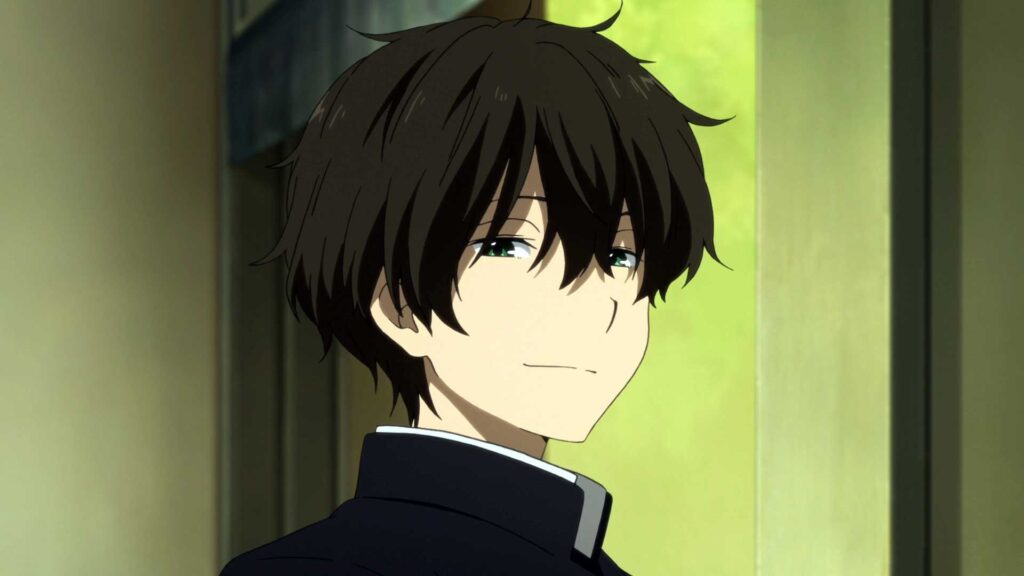 The highly arrogant Hinedere views the world through a cynical lens and their cold-heartedness often makes them unpleasant to hang around with. Despite that, they do have a soft spot hidden away and will only open up to the right person under the right circumstances. 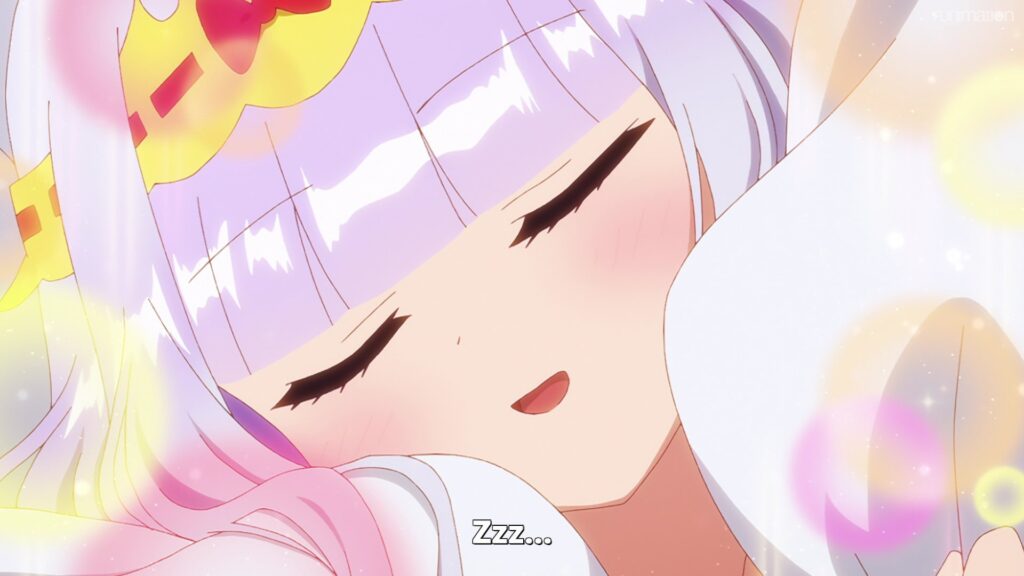 A Nemuidere is someone who’s always sluggish and sleepy. They like to get their fair share of shuteye and have to be motivated by other people to do something. The Darudere are similarly lazy to do anything unless they’re asked to by someone they really care about. These characters often show a hidden side of power that makes them great allies. 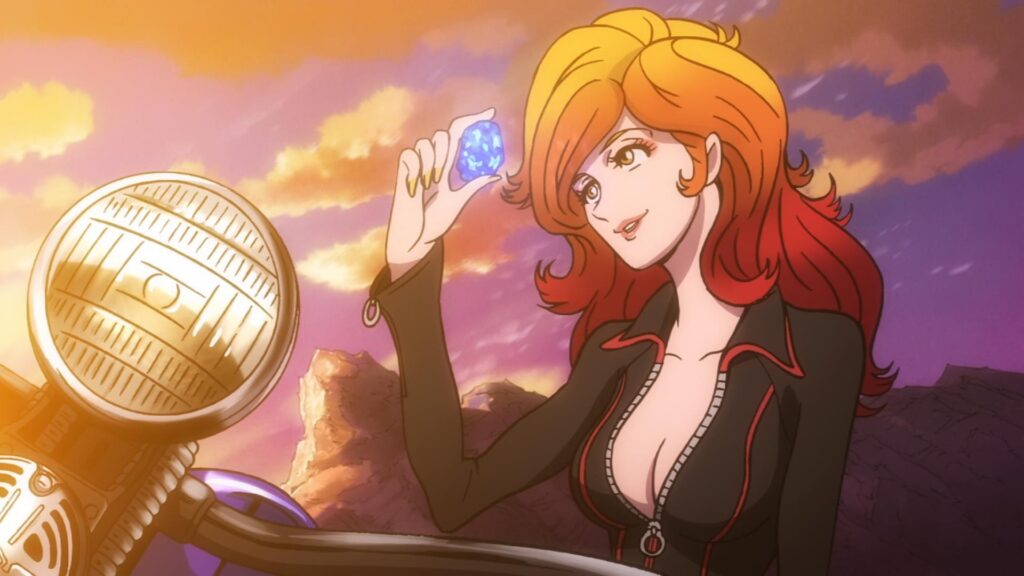 Anyone who’s a Kanedere is basically admitting they’re a gold digger. They only care about someone based on their status and wealth, ignoring anyone else unless they’re able to take advantage of them. If they meet the right person, however, it’s possible they’ll learn to look past wealth and appreciate a person for who they really are. 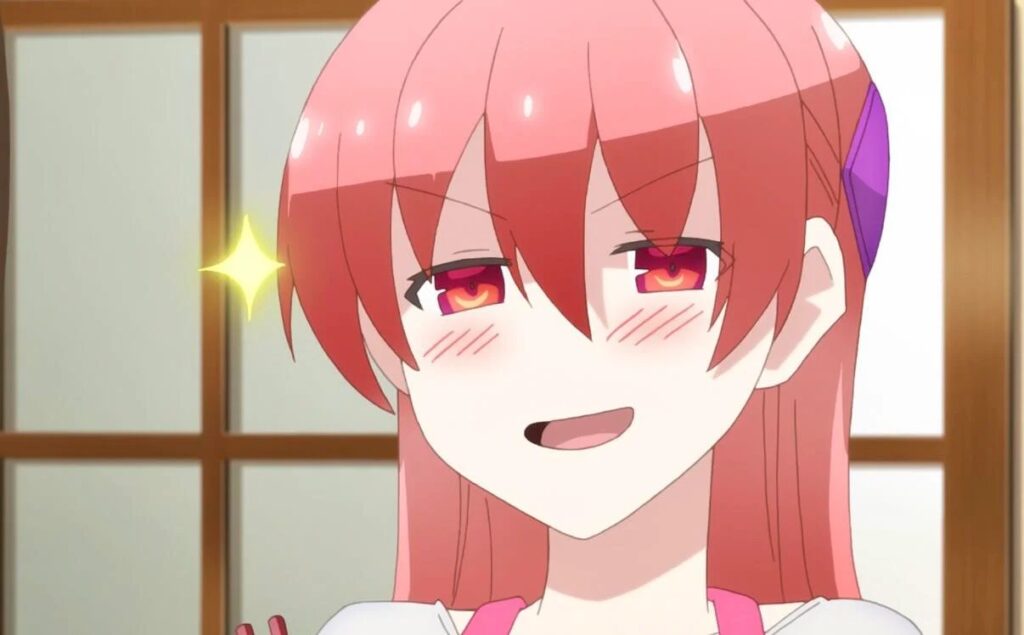 Someone who believes in love at first sight and wants to get married right away is a Kekkondere. Their insistence on getting married stems from a deep desire to remain close to the person they meet, for better or worse. They can be kind of creepy and determined to the point that they can also become Yanderes. The Kekkondere ultimately just wants someone special to spend the rest of their life with and eventually they’ll find the right one. 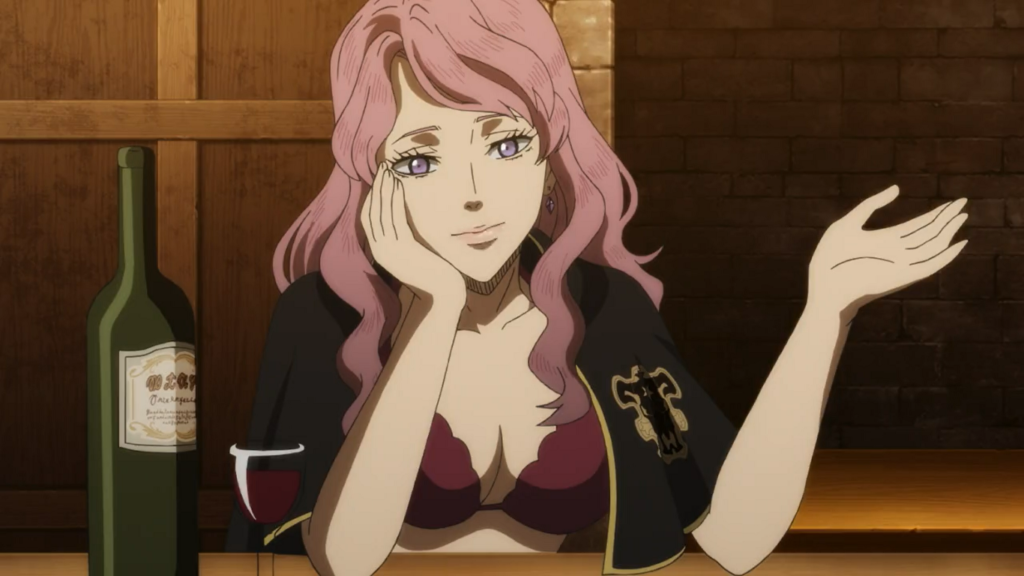 A Yottadere likes their booze a little too much. They can get very angry or irritable when they’re drunk or simply doze off in a corner. Some Yottaderes reveal a part of themselves when they’re impaired and usually sober up when they’re in the presence of someone they care about.

We’ve run through pretty much most of the Dere personality traits in Japanese anime and manga. Some of them are well meaning and stable while others are quite hard to handle. What Dere types did we miss? If you were to become an anime character, which Dere type would you be? Which one is your favorite?