What Exactly Does the Kadokawa Corporation Do?

If you’ve watched enough anime, you’ve probably heard of Kadokawa. You’ve also probably asked yourself what exactly they do. In the past decade, we’ve known them as a company that covers three main things: anime, publishing, and video games, but their roots date back to literature and historic publications.

Kadokawa Shoten was founded in 1945 as a publishing company by Genyoshi Kadokawa. Kadokawa set out to revive Japanese culture after World War 2 through written works. In the company’s first thirty years in business, they strictly focused on poetry, textbooks, and glossaries.

After the death of Genyoshi Kadokawa in 1975, his son Haruki Kadokawa became president and ushered in a film division to the company. This completely changed the model his father set forth and turned Kadokawa from strictly educational to fictional.

Many of the films produced at the time were film adaptations of the novels under the company. They were met with so many successes at the box office that they are known for saving the Japanese film industry during a very low point.

Film wasn’t enough for the company, and they branched out into magazines in 1982. These magazines covered television, computers, and anime. One of the magazines that was released during this time was Newtype, and it is still in circulation to this day. In 1993, Haruki Kadokawa stepped down as CEO due to a drug scandal, and his younger brother Tsuguhiko Kadokawa became president.

Under Kadokawa’s lead, the company began breaking into the IT industry and offered more in terms of entertainment in 1994. They continued creating and publishing magazines and making films. Some notable films that came out in this time were The End of Evangelion (1997), The Ring (1998), and Dark Water (2002). They also created websites such as walkerplus.com.

From 2003 to 2012, Kadokawa focused on becoming a more streamlined business and creating more branches to cover more projects. Some of these groups include Kadokawa Shoten, Yen Press, and Dwango which is responsible for the popular website niconico.

Through the mass openings of different branches, Kadokawa was able to release more magazines, films, and video games. Their first original game was Lollipop Chainsaw which was released in 2013.

Since 2013, Kadokawa continues expanding throughout different mediums and has even opened a school. In 2016, Kadokawa funded the opening of N High School, an online school designed to teach practical skills that lead students to figure out what they want to do.

Fast forward to 2020, Kadokawa is doing what it can to provide the public with education even during these trying times with their study app N Yobiko which offers free online classes to the public.

So… What Anime Has Kadokawa Done?

In its 75 years in business, Kadokawa has become a giant in Japan, and they continue to grow. In 2016, they partnered with Crunchyroll to distribute their anime, manga, and other related projects. They have been in charge of over 100 anime, but we’ve picked a few notable entries you may or may not know. 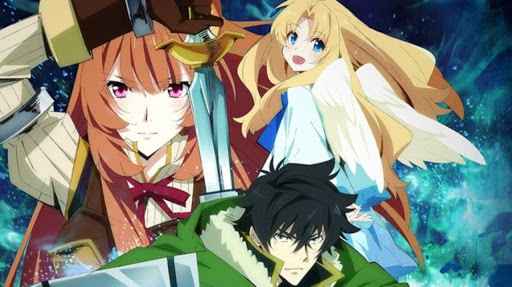 Rise of the Shield Hero

The isekai anime was produced by Kadokawa. For those of you who don’t know, this was one of the most popular isekai anime in 2019. It is based on a series of light novels published by a Kadokawa branch, Media Factory.

Naofumi is transported to the kingdom of Melromarc where he is to become one of four legendary heroes that fight the Calamity Waves that plague the kingdom. The catch? He is the Shield Hero, the most hated hero in the kingdom. He is betrayed by his sole party member, is falsely accused of sexual assault, and becomes a pariah.

His anger at his mistreatment turns him from an overall nice, trusting guy to a petty, cynical, and distrustful guy. In his journey, he buys the demi-human slave Ralphtalia and the Filolial, a bird-like creature, Filo. Together, the trio embarks on a journey to help end the Calamity Waves.

This anime was produced by Kadokawa Media House and released in 2017. It is based on a webcomic of the same name. You can watch this show on VRV.

Riko is an adventurous girl who is fascinated by the giant hole in the Earth called the Abyss. Riko aspires to explore the Abyss. When she meets Reg, the two become good friends and train to become Cave Riders, explorers who go into the Abyss, and retrieve relics.

Riko’s parents were Cave Riders, went into the Abyss, and never came back. One day, she and Reg receive a message from the Abyss stating Riko’s mother is waiting for her. Riko and Reg are now on a mission to get to the deepest parts of the Abyss to reunite with Riko’s mother and discover the mysteries of the Abyss.

Overlord is produced by Kadokawa. It is based on a series of novels by Kugane Maruyama. The manga and the light novel remakes are published by Yen Press. The anime was released in 2015, and it is available on Crunchyroll and Hulu.

This isekai anime begins with the shut down of the game Yggdrasil. One player, Momonga is saddened that his favorite game is being shut down, and he stays logged in until the servers shut down. However, they don’t. Momonga is trapped in the world of Yggdrasil with no way out.

Momonga embarks on a journey to figure out what happened to him. However, as an undead black mage, he begins to wreak terror onto this virtual world with his OP skills. This leads Momonga to set his sights on world domination. 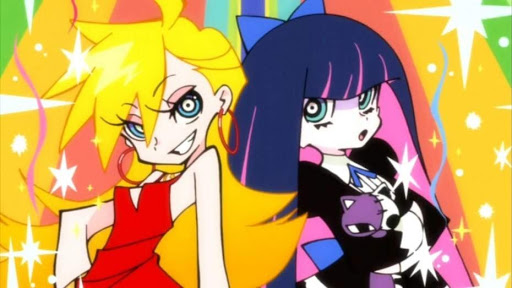 Panty and Stocking with Garterbelt

The 2010 manga was published by Kadokawa Shoten. The anime was also produced by them in 2010. The show is available on Funimation.

The Anarchy sisters, Panty and Stocking were kicked out of heaven for being full of sin. Panty is extremely promiscuous. Stocking is a glutton for sweets. Now in Daten City, the sisters must eradicate the ghosts that plague the city in order to return to Heaven.

However, the sisters show little interest in getting back into heaven as they enjoy their lives of sin. Under the watchful eye of the reverend Garterbelt, the sisters must use their weaponized undergarments to fight against the ghosts, much to their dismay.

Satoru is a mangaka who works part-time as a pizza delivery man. One night when he gets home, he discovers that his mother was murdered. He somehow gets blamed for it, and he panics.

As a result, Satoru somehow ends up going back 18 years into the past right before a series of kidnappings occur. He becomes friends with one of the girls in hopes that he can learn more about the incident. Believing that the two events are linked, Satoru makes it his mission to figure who was behind the series of kidnappings during his childhood and his mother’s murder 18 years later. 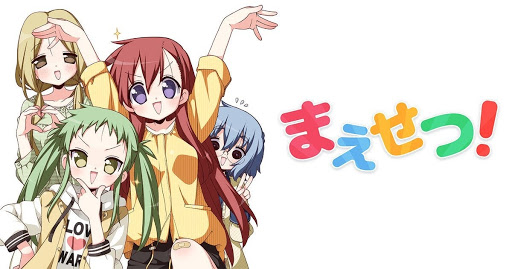 What Are They up to Now?

Oddly enough, Kadokawa teamed up with Lucky Star creator Kagami Yoshimitzu to create an original anime titled Maesetsu! in Summer 2020. It is a slice of life comedy series.