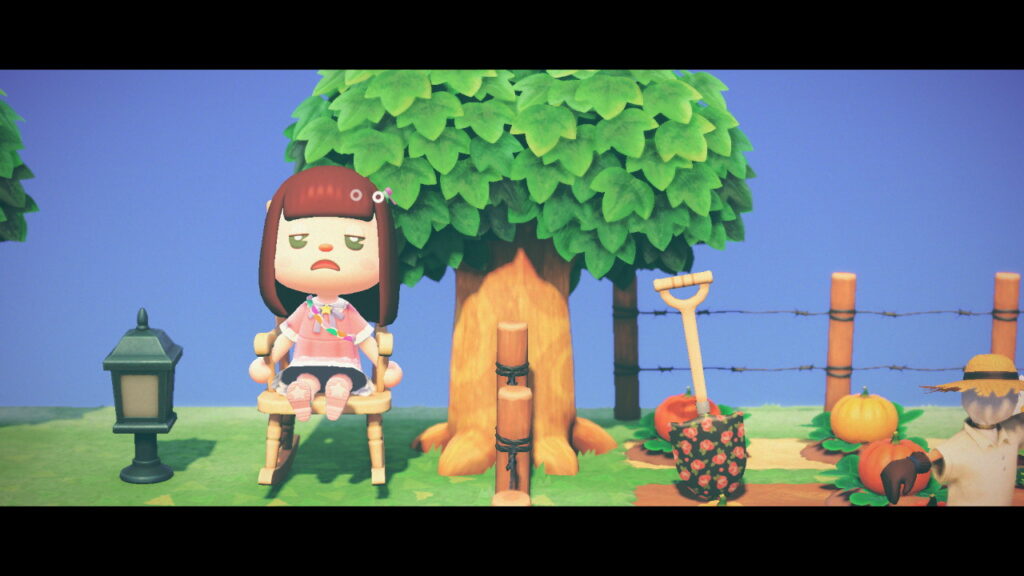 As lockdowns welcomed our new lives of isolation around the world in early 2020, the release of Animal Crossing: New Horizons was a beacon of light in a very dark place. The world beyond our doorstep was complex and overwhelming, but the Nintendo title was anything but. It was simple; it was welcoming; and for those familiar with previous titles in the series, it was like coming home after a long trip. New players couldn’t help but follow, ready to build their own little utopia on an island far out at sea, away from anything and everything.

By the end of 2020, New Horizons had grossed more than $650 million worldwide. By March 2021, it had sold over 32 million copies, nearly making it the best-selling Switch game ever. 32 million people out there were ready to make some new friends, ensnare the local wildlife, and terraform to perfection. With the graphical advancements made since the release of New Leaf in 2012, it was bound to be everything fans wanted and more!

Animal Crossing: New Horizons is a wonderful addition to the franchise. It’s also laughably flawed, with massive holes in its design and offerings to players. Since the initial honeymoon phase began to wear off, the fanbase has been begging Nintendo for some quality-of-life updates, most of which have still not been implemented. Why do we need to walk into the Able Sisters dressing room eight separate times to buy different colored shirts? Why can’t we craft multiple items at once? Why can’t we jump from island to island, instead of returning to the airport each time? And even if these fixes aren’t as easy as they seem, why hasn’t Nintendo made a statement to the millions of players regarding these requests?

Skimming over the popular characters missing from New Horizons (I can’t sip my coffee without thinking of Brewster) one more glaring issue remains: Players have already complained plenty about the game’s abysmal villager dialogue (or lack thereof). What reason is there to spend time talking to your in-game friends if they say the same tired lines day in and day out? Yes, snooty villagers, we know the weather is gorgeous and our island looks like it could be the setting for a photoshoot. If you say it one more time, you’re packing your bags.

Despite the fact that there are almost 400 villagers to choose from in New Horizons, there may as well only be 8.

In previous titles, players had more options to spend time with their villagers in different ways as well, from playing mini-games to hosting get-togethers at your home.

Popular YouTuber loulou-crossing recently uploaded a video titled ‘The Problem with Villagers in New Horizons,’ which goes beyond the typical complaints about dialogue and lack of interaction options. She thoughtfully raises one question which those new to the Animal Crossing franchise may have missed completely.

What on Earth happened to certain villager’s homes?

The entire concept of your starter villagers having ‘basic’ homes which can’t be upgraded unless they move off the island and back is one annoyance, but that isn’t what we’re talking about. No, we’re talking about cozy homes filled to the brim with personality and pizazz being utterly ruined and wrecked in this new ‘advanced’ installment. This isn’t to imply that every single character had an unqualified interior designer, but the ones who have? Oh, get ready to be annoyed.

Are you a penguin villager? Well, your house is going to have ice furniture. Never mind that this didn’t happen in previous titles. Each penguin had a distinct style, not based on their species. The designers must have been running out of time, though coming back to an ice-house after a hot day on the beach might actually be glorious.

Loulou was quick to point out Florida, a peppy flamingo who absolutely adores all things pink and filled with pizazz. But you know what else flamingos like? Watering holes. They’re BIG on watering holes.

Mira just wanted to be a sci-fi superhero, and to find fame and glory among the stars. Clearly, that translates to a shoddy high-school play! With dinosaurs for some reason!

And Billy, sweet Billy. A jock, to be sure, but one with a heart of gold. The interior of his home has been Japanese-themed since the first Animal Crossing title, so I’m sure they kept that going in New Horizons. Wait, no? They literally just made his home a trash heap?

There are plenty of Animal Crossing: New Horizons enthusiasts more interested in the exterior of their island than any interiors, but this is still a painful hit to older fans of the series. This is a title you’re in for the long-haul, not one you pick up at random. Fans spent hundreds upon hundreds of hours with these characters in the past, and seeing them again in this half-baked state is a smack in the face. Yes, the character models look fantastic. Yes, it’s a blast to build your island from scratch. But so much of the franchise is about bonding and belonging, being excited to turn the game on each day to see what your friends are up to. That mystery is gone now… if it was present in New Horizons in the first place. We know what they’re up to, and it’s the same thing they’re up to every single day.

Where have our friends gone?

With no Animal Crossing news at this year’s Nintendo E3 showing, loyal players were upset. Though a quick comment came soon after (a vague promise about upcoming updates), it’s unlikely that the fanbase will ever be entirely happy without some type of major overhaul.

With that being said, much of the game is positive, and it saved the gaming masses from falling into a deeper depression during the early days of the pandemic. We’ll always be grateful for that… even if it’s far from perfect.