Boruto: What Is It And Where Should You Start? 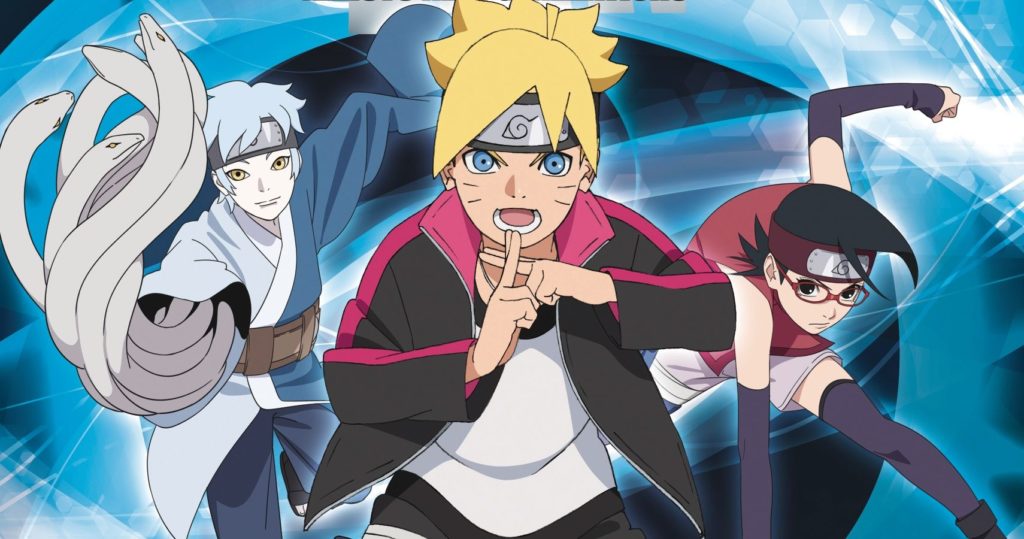 Boruto. Also known as Boruto’s Dad’s Son. By now you’re probably aware that the influential and beloved Naruto has come to an end in both anime and manga form. However, being the legacy series that it is in both Japan and the west, series creator Masashi Kishimoto couldn’t just put the series to rest. The powers at be had him lay the foundation for a sequel and expanded story centered around the children of all your favorite ninja from Naruto past. Hooray,

A General Boruto Overview Of What’s What

If you’re nostalgic for our orange jump-suit friend, you might be interested in giving the sequel a shot. However, with a manga, anime, and a movie, it’s hard to know what to pick up first. Unlike the original Naruto, it’s not a simple case of the manga having come first. A lot of the development and planning of Boruto did come from the anime production side with the cooperation of Masashi Kishimoto. A little more canon than your Dragon Ball GTs of the world.

Like we said though, there are a whole lot of starting points for Boruto Naruto Next Generations. Does Masashi Kishimoto write the manga at least? If the movie came first, shouldn’t I obviously start there? The anime has too many episodes, I’m not sure I can commit now. Fans who dropped off after Shippuden ended have a lot to be confused about but don’t worry. We’re here to help. Let’s break down the three main iterations of Boruto so you can know where to begin with your favorite Shonen Jump Ninja’s Shonen Jump Son. 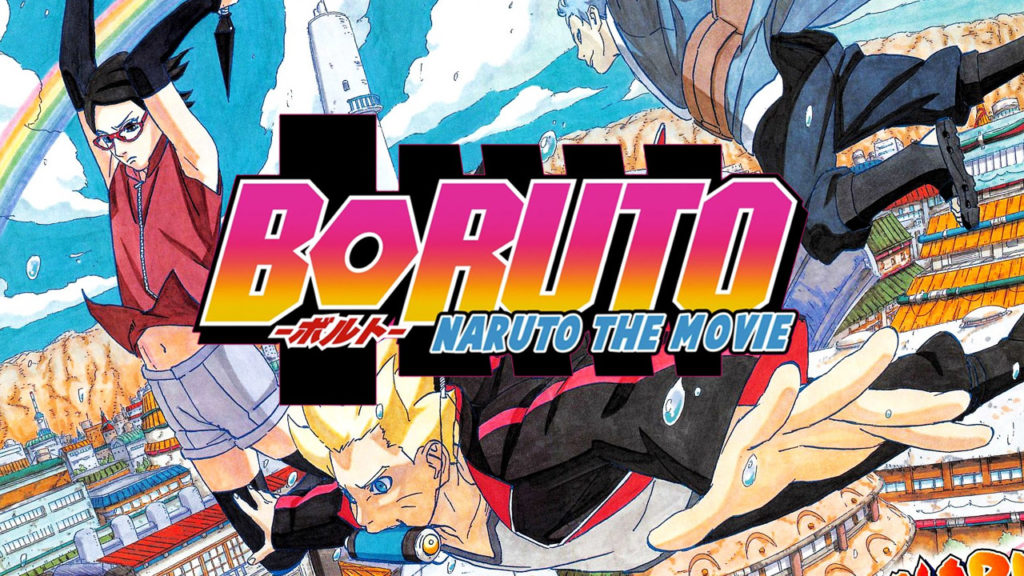 Fully title Boruto: Naruto the Movie, the film was the first official piece of Boruto branded story-telling we got. Hyped from the end of Naruto The Last, It featured heavy involvement from Masashi Kishimoto who didn’t just design the characters but wrote the screenplay. All in all, it’s a pretty good flick that features some impressive fights scenes to boot. However, this is just a single Boruto tail, a taste. Both the TV anime and manga adaptation later covered the same story with additional details 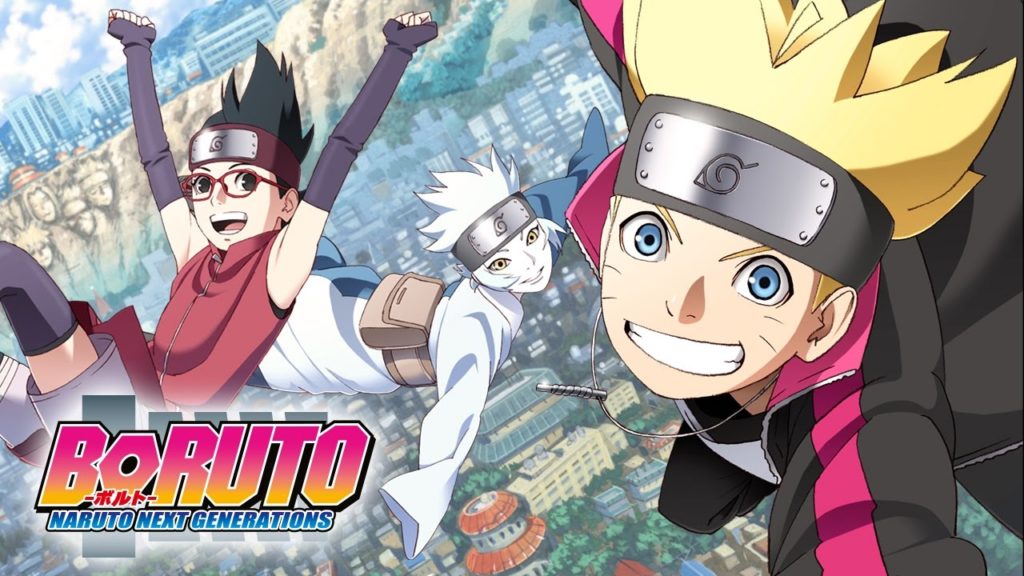 Boruto: Naruto Next Generations is the week to week anime that’s been airing week to week since April 2017 and is still going strong. All sorts of new characters to get to know and old favorites to check in on. With some involvement by Kishimoto, the show throws all-new characters and plots at the viewer with each episode. We’d argue this is the centerpiece of Boruto and should be considered the main series canon as it has the most story, detail, and plot threads. It’s even strangely satisfying! 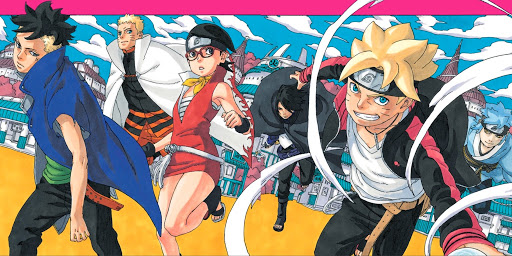 Also titled Boruto: Naruto Next Generations, this manga adaptation debuted a year before the show came out. It actually adapted the movie before delving into original territory that was based on Kishimoto’s concepts. It does have involvement from the ninja godfather himself. That said, it’s not like the man making the manga himself on a week to week basis though. It’s written by Ukyo Kodachi and illustrated by Mikio Ikemoto, who was Kishimoto’s chief assistant during the lion’s share of making Naruto. The Boruto: Naruto Next Generations manga was serialized in Weekly Shonen Jump for three years and now it’s being released in the monthly V Jump.

The Big Question: The Boruto Manga Vs. Boruto Anime

Now we’ve gone over the three main pieces of Boruto, we can focus on where one should focus their attention if they’re interested in Naruto Babies. Considering Boruto: Naruto the Movie is a one-off that serves as a general introduction to the sub-franchise instead of a beginning place for the story, we suggest starting here if you’re only a little curious. Don’t want to catch up on 2 ½ years worth of anime? Following a manga month to month isn’t your speed? Boruto The Movie is here for you with a very safe 96 minute run time, with neat animation to boot.

But! What if you’re committed! You used to be a huge Naruto head and maybe you’re ready to hop back in and dust off that old Akatsuki cloak that’s been sitting in your closet for years. Between the Boruto anime and the Boruto manga, which you’re going to enjoy more is up to you. Would you rather have 100+ episodes of anime to watch or 9 (at the time of writing) volumes of manga to read? That said, if you’re most concerned about canon and getting the full experience, there’s simply more to Boruto: Naruto Next Generations the anime than the manga.

Where To Watch Boruto? If you’ve chosen the anime route.

Thankfully, watching Boruto is pretty easy! There’s a ton of places for you to do it. If you want to watch Boruto online it’s available on Crunchyroll where it still does big numbers as well as Hulu. If you’d prefer to watch the adventures of Boruto Uzumaki dubbed, the show started airing on Adult Swim’s Toonami block a little while back. If you live in the States and have cable, there’s a good chance you’ll be able to watch the dub on demand too. Boruto The Movie is available on Blu-ray and DVD, in addition to the TV anime which just started getting released on disc in the United States this year.

In further defense of Boruto: Naruto Next Generations the TV anime, it really is quite charming. We probably wouldn’t be keeping up with it ourselves if it didn’t offer something more to the fans besides ‘more Naruto’. Taking place a decade or so into the future, you get to see what a more technological Konoha looks like. The art-style has been slightly modified to give the series its own pop appeal, and you get to see how all your favorites aged. Who got the glow up, who checked out early, and so on. If you’re an established Naruto fan, we doubly feel the TV anime is worth the time investment.