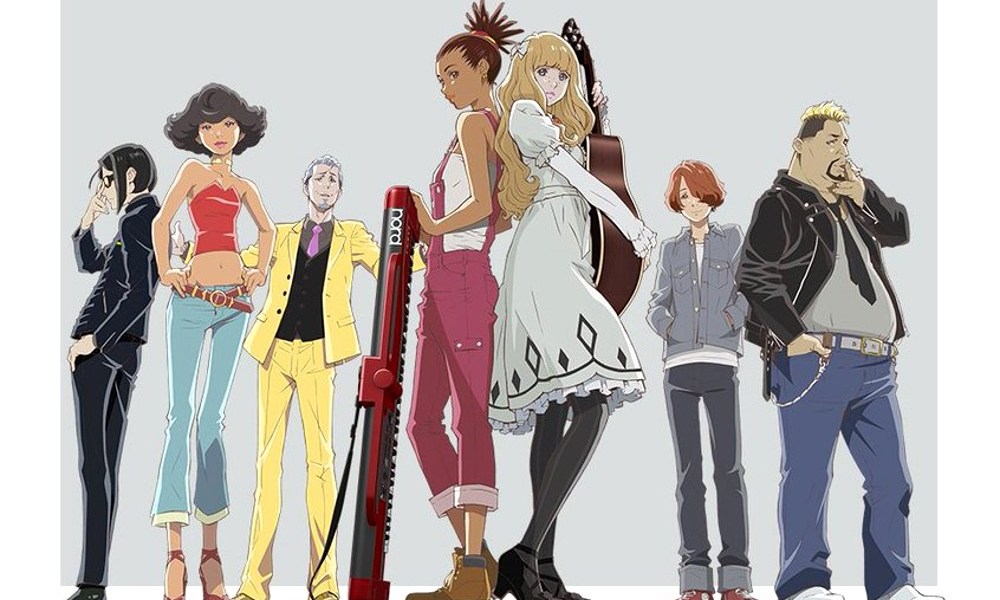 Carole & Tuesday is an original anime directed by Shinichiro Watanabe and animated by Studio Bones. It features two girls with immense musical talents who meet each other and decide to follow their dreams together. It’s a story set 50 years after the people living on planet Earth have begun migrating to Mars. The star-studded and extremely skilled crew behind the anime make it an amazing visual and listening experience all the way from Episode 1 to the end of Season 2.

Do you love shows set in the future on another planet? Do you enjoy anime with a strong musical background? Do you want to see a slice of life drama about young women trying to make it in the city? How about something that’s all the above? Those are some pretty eclectic and specific standards. Lucky for you (and me): there’s Carole & Tuesday! 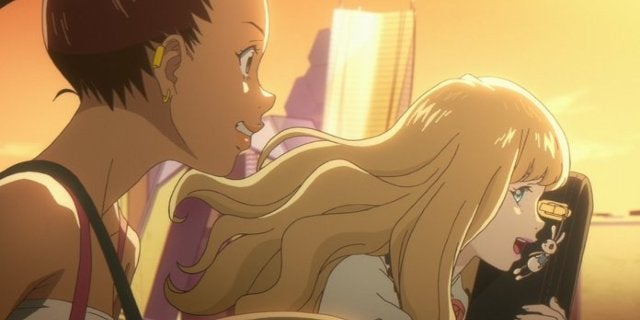 What Should I Know About Carole & Tuesday?

The quality of the storyboarding, character design and animation for Carole & Tuesday make for an artistic masterpiece. The characters are originally designed by Eisaku Kubonouchi, and they’re adapted to animation by Tsunenori Saito. Each character is uniquely drawn, as evident from the establishing shots in Episode 1 and onward.

Eisaku Kubonouchi is best known for his work creating the manga series’ Chocolat and Pikamon. He’s done character design before on his own original series, Sono Toki, Kanojo wa.

Tsunenori Saito is a veteran in the anime world. He’s worked on fan favorites such as Neon Genesis Evangelion, Full Metal Alchemist (2003), and Full Metal Alchemist: Brotherhood, along with an opening for My Hero Academia, and the majority of episodes in Cowboy Bebop.

It’s also worth noting that the soundtrack is also a highlight. It brings together an outstanding medley of performers from countries all over the world (present-day Earth, that is). Nai Br.XX and Celeina Ann, the two main characters’ voice actresses, perform the majority of the soundtrack.

They perform the opening songs:
‘Kiss Me’
‘Polly Jean’
And the ending theme:
‘Hold Me Now’

Alisa, who plays the protagonist’s musical rival in the show, performs the ending theme:
‘Not Afraid’

The composers who worked on songs for the Carole and Tuesday soundtrack could fill an entire article by themselves. The series’ soundtrack boasts work from gigantic names in the music industry, such as Flying Lotus, Thundercat, G.RINA, Maika Loubté, ☆Taku Takahashi, Banvox, and Steve Aoki.

What Can I Expect From Episodes of Carole & Tuesday?

Carole & Tuesday is the sci-fi, chick flick, musical drama we never knew the anime world needed. It features two girls trying to make their way together in the world with a song in their hearts and a dream in their heads. It also follows the ultra mega-rich celebrities and politicians of a future where humanity has made its way to Mars and created a hyper technologically advanced civilization. On both fronts, it follows title characters Carole and Tuesday as they try to share their songs to the world with their keyboard, guitar, voices, and unique world view. 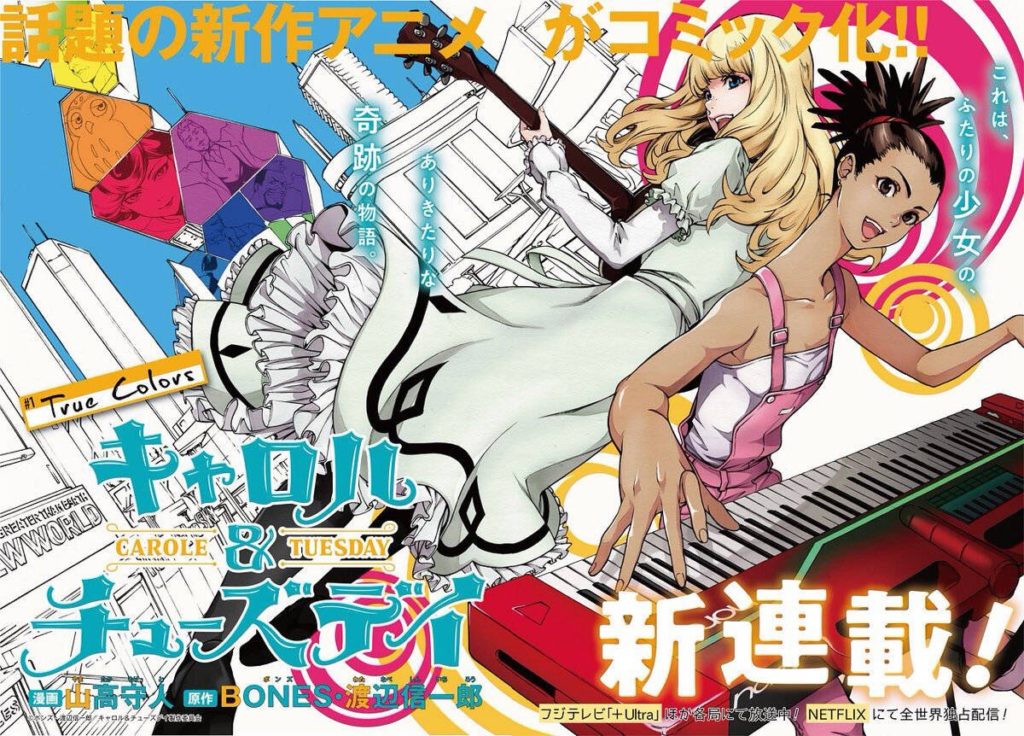 Is There A Manga Adaptation Of Carole And Tuesday?

There is a manga adaptation of Carole & Tuesday. It began running in Young Ace magazine in May 2019, illustrated by Morito Yamataka. American publisher Yen Press is scheduling its U.S. release in 2020, after announcing they have obtained the license for it.

Where Can I Watch Carole & Tuesday Seasons 1 and 2?

What Is the Deal With the Mermaid Sisters?

The Mermaid Sisters are a group of quadruplets who compete in the Mars Brightest competition featured in Carole & Tuesday. Their song in the show, ‘Galactic Mermaid’, has a catchy melody, but that isn’t enough to save it from the profanity-laden lyrics which ultimately earn them the scorn of the judge Catherine. In the real world, its reception was a fair bit better as fans immediately found the song’s inclusion hilarious and it created a different kind of word-of-mouth buzz for the show. The track itself features vocals by Yuuri Kuriyama and was composed by Mochilon (a.k.a. Kakimoto Logic), who has produced for Japanese rap duo Chelmico and is also 1/2 of the group Mikeneko Homeless. 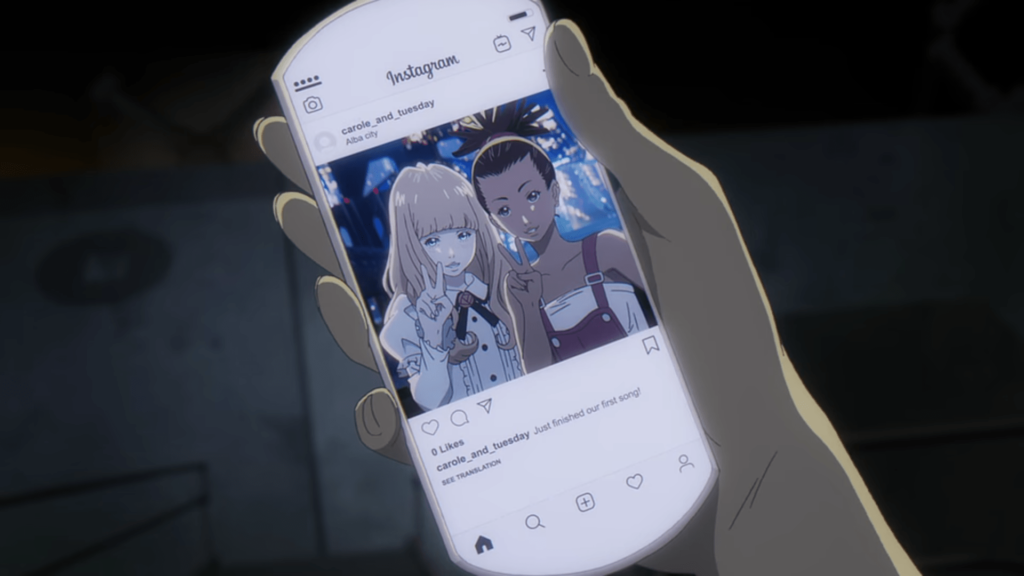 The Carole And Tuesday Instagram Is Real And We Love It

The famous Instagram account, which is featured as a symbol of a new friendship between Carole and Tuesday, was created and updated along with the series. Starting from the iconic selfie of the two main characters, leading all the way up to your favorite moments from Season 2, this Instagram account has all the best memories of the series in picture format. The account is only following one person, which is Steve Aoki, who helped produce tracks on the official soundtrack for the anime.