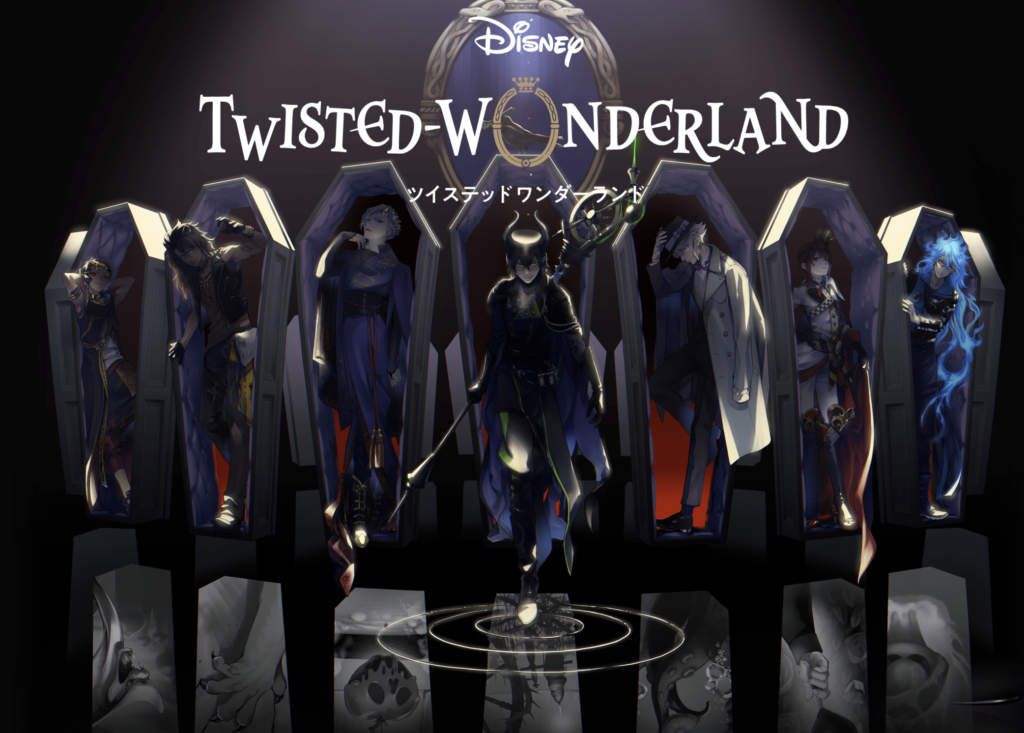 You wouldn’t necessarily imagine that an anime-fied Disney game would be one of the US animation giant’s biggest money-spinners of recent years. After all, Disney is an American pioneer of traditional animation that has continued to sit at the forefront of the medium in the US, whereas anime, for all it is derived from the same foundation, is defined by techniques and visual styles far removed from those seen in the American company’s vast body of work. But this is 2021, where Kingdom Hearts is a well-established multi-million seller and Disney’s Twisted Wonderland is a bonafide phenomenon.

This new game produced for the Japanese market in co-operation with Aniplex is one of the biggest mobile games operating in Japan today. It’s also spawned a lot of merchandise, from figures to Tamagotchi to fashion. But what is Twisted Wonderland? And why should you be paying attention to this mobile Disney hit?

What Actually Is Disney’s Twisted Wonderland

Disney’s Twisted Wonderland is defined by its strong, distinct setting and concept. Rather than simply dumping iconic Disney characters and movies into a game and calling it a day, Aniplex has worked with developer f4samurai to create a new world inspired by these iconic animated films. By bringing on Black Butler mangaka Yana Toboso, they have reimagined iconic Disney movies, mostly from the Disney Renaissance of the late 1980s and 1990s alongside some older films, and revitalized them within an isekai setting.

The concept of the game is an extension of the Disney brand’s embrace of its villains. You, the protagonist, have woken in a strange world known as Twisted Wonderland with no memory of how you arrived in this unusual land. A magical cat named Grim awakes you from your slumber inside a coffin within the walls of Night Raven College, a magic training school in the world of the game.

The principal is keen to enroll you before you’ve even had a chance to get your bearings, but it’s during this ceremony that the Magic Mirror reveals to the school your lack of magical abilities and the truth that you aren’t from this world. After being sent to the Ramshackle Dorm by Dire Crowley, he soon makes you a Prefect due to your ability to get along with the vastly different dorms and characters in the school, handing you a special camera capable of recording memories to capture the lives of the students.

The various dorms inside Twisted Wonderland are based on various Disney movies, and the characters embody the souls of the villains from these stories. The dorms included in the game at the time of writing are based on Aladdin, The Little Mermaid, Hercules, Snow White, Sleeping Beauty, Alice in Wonderland, and The Lion King.

These movies possess perhaps the most iconic villains within the Disney canon.

The dorms are filled with attractive boys whose design matches the aesthetics of the films their dorm is based upon (Lion King characters have animal ears, for example), and the story follows your interactions with these characters as you learn more about them and their world. Who knows, they may be able to give you an idea of how to return home to your own.

Story chapters are told through fully voiced visual novel segments, as you would expect from mobile games of this type, with gameplay consisting of an interesting mix of RPG battles and rhythm games. Players are required to clear them to advance the story further.

Battles usually have one of three different completion requirements, where you either need to inflict more damage or bring their HP to 0 within 5 turns, survive or bring them to 0 in that same period, or simply bring their HP to 0. Each of the characters has different magic abilities and a different element they are strong and weak against, and you’ll need to pay attention to this to inflict the most damage. You can also make these characters stronger through lessons, or gain more powerful characters through the in-game gacha.

The Rhythmic segments are as you would expect: hit the moving icons in time to the music to win. These can be played on different difficulties, and while some of these are simple instrumentals, you will sometimes get character renditions of original songs or Disney classics.

Twisted Wonderland ensures there’s enough content between these story segments, battle and Rhythmic segments, constant character interactions after lessons, limited-time events and more. Their aim is to bring you closer to the characters, since they are the draw of the experience. And they are literally the draw of the experience: the gacha mechanics rely on your investment in these characters to drop money on special events.

It’s a typical mobile game in many senses, albeit one with a unique Disney twist that instills itself into all aspects of the story and gameplay that gives it an edge over the competition. The high production values of the game also help: without the full voice acting, the inclusion of Disney lore, and the superb character designs, it would be nowhere near as compelling.

Disney’s Twisted Wonderland Is One of the Biggest Mobile Games in Japan Today. Why? 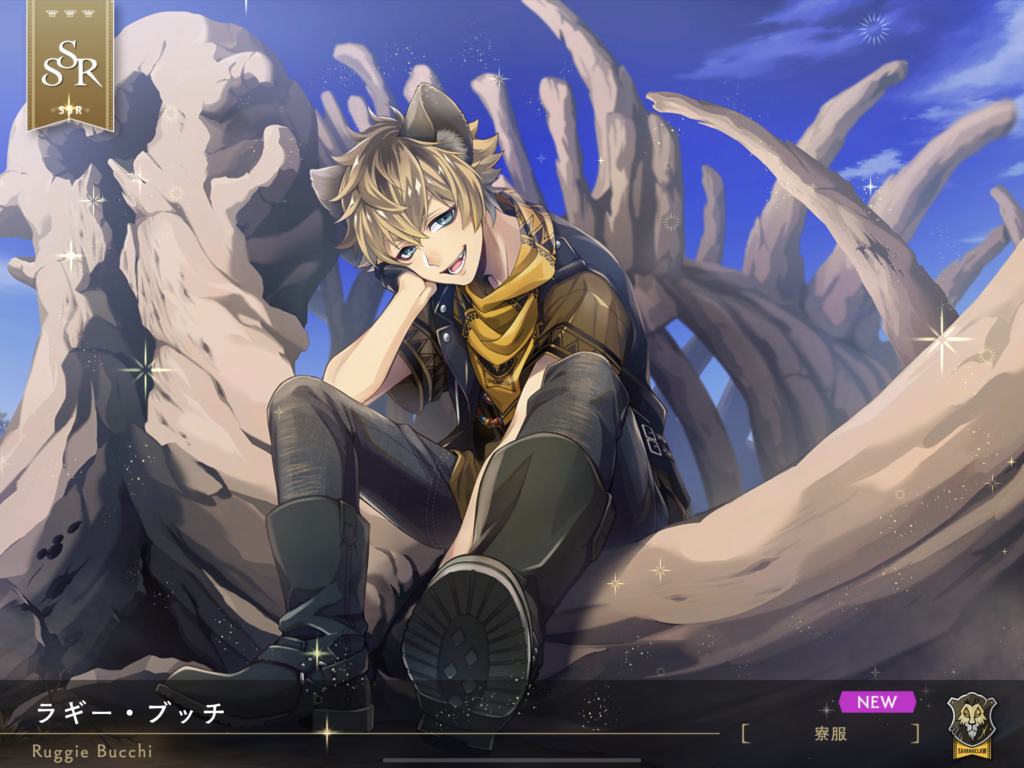 If the character designs and Disney setting appeal to you, then I can almost guarantee you’ll have a good time with this game. Maybe with a guide, especially for those with less familiarity with Japanese. But what this explainer doesn’t tell you is the magnitude of this game’s success, and how a mobile game less than a year old has propelled itself to the heights of established hits like Fate/Grand Order and Granblue Fantasy as one of the biggest mobile games today.

Away from Twisted Wonderland’s strong revenue performance, it also achieved the stunning feat of being the third most-discussed game on Twitter in 2020, despite being a Japan-only release. Even with the backing of titans like Disney and Aniplex, this is something few other mobile games have replicated.

Why was the game such an instant hit (other than releasing at a time when Japan entered COVID-19 lockdowns and needed something to do)? Disney’s unique success in the country can go some way towards understanding this game’s popularity.

Disney movies have proven to be popular with Japanese consumers ever since the end of World War II. The opening of Tokyo Disneyland in 1983 came after a similar park known as Nara Dreamland had opened over a decade prior and showcased a national desire for the vision that Disney parks and animation embodied in the eyes of many. Tokyo Disneyland was a roaring success, with attendance lagging behind only Disney’s American parks worldwide in 2018, although this park, designed as a close replica of the California one, has grown to host many exclusive parades, areas, and attractions.

A long-standing interest in Disney and its characters has allowed the Disney brand to thrive in the country over decades. Still, a view of how the company operates in Japan reveals a heavy amount of localization to create a brand image notably distinct from the one found in America, and one with noticeable independence from the direction of the rest of the company.

Popular Disney characters are appropriated into Japanese holidays and celebrations that allow for cherry blossom-themed Minnie the Mouse merchandise, in much the same way that Duffy Bear continues to be popular in the country and much of Asia when the character is a forgotten relic in the US parks. It’s this tailoring to the market that has helped Disney to thrive.

The character of Stitch from Lilo and Stitch is the best example of this: there is a Madhouse-animated Stitch TV series set in Okinawa and the Enchanted Tiki Room at Tokyo Disneyland. The character was adapted to the market after the movie was a surprise hit, and it’s why they remain one of the most popular Disney characters in the country. Frozen‘s success in Japan came from similar localization in the film’s marketing and promotion, pushing it to become one of the highest-grossing films of all time in Japan, despite a late release. Even a home video release didn’t stop people from flocking to theaters.

Disney’s Twisted Wonderland is an example of this localization mindset. Mobile games targeted at the female audience, such as Hypnosis Mic, are thriving in Japan, and Disney as a brand already has a large in-built audience. Rather than simply creating a Disney mobile game and releasing it into the market, work has been put in to bring in the mangaka known for their work on Black Butler to help them craft a world inspired, not derived, from these movies, and create an experience tailor-made for the Japanese market.

The game is an embodiment of Disney’s Japanese strategy: creating something new for a new audience from a well-worn foundation. ‘If it ain’t broke, don’t fix it’ says the popular saying, and by adopting the mobile game formula and the formula which has helped the company to thrive for decades, Disney and Aniplex have been able to launch one of the most successful Japanese mobile games in recent years.

Disney’s Twisted Wonderland is currently only available in Japan for iOS and Android devices. A dedicated English-speaking audience exists for the game, and with past precedent for other Japanese mobile games and Disney’s involvement, never say never to an international release.