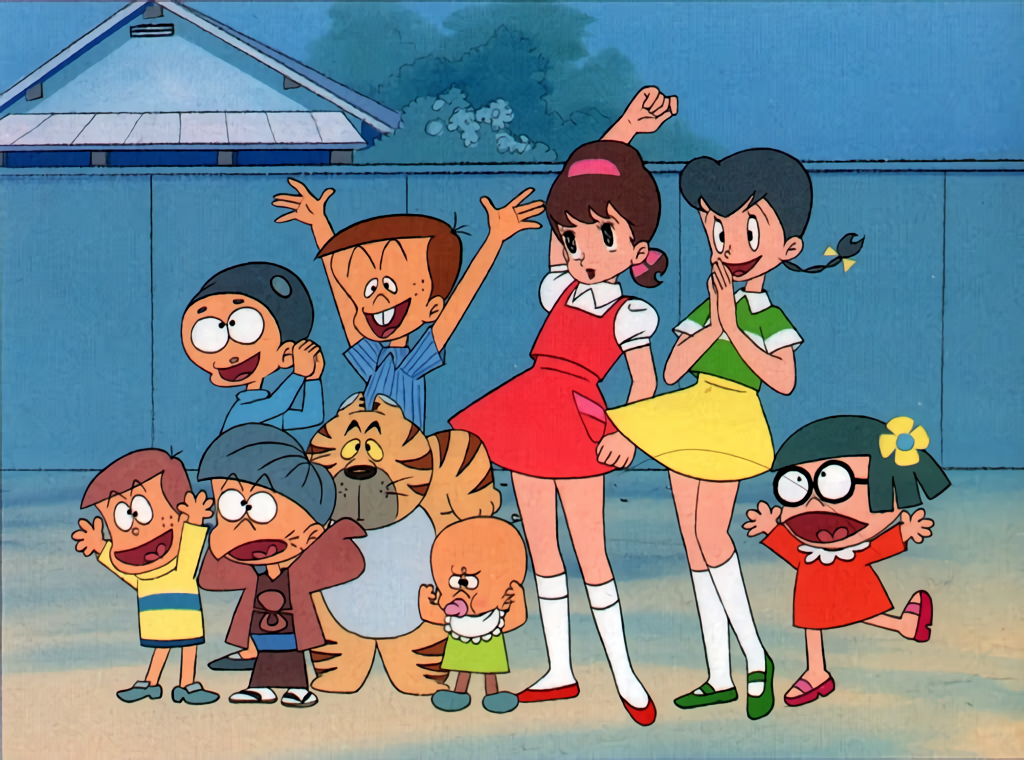 Himitsu no Akko-chan is a shojo manga series depicting the magical day-to-day life of fifth-grader Akko. It was created by Fujio Akatsuka and debuted in 1962. The series helped establish the “Magical Girl” genre of manga, which depicts the lives of ordinary girls given extraordinary magical abilities.

Since its initial release, the manga has evolved to include multiple anime series, live-action television shows, three films, and more.

What is the story about?

Ordinary fifth-grade girl Akko is given a magical mirror that allows her to transform into anything. With this newfound ability, a series of zany hijinks and unexpected encounters occur.

Each chapter of the manga documents a new adventure. Akko changes places with other people, leading to unexpected conclusions. She uses her powers to help solve problems, and play zany pranks on friends.

Who appears in Himitsu no Akko-chan? 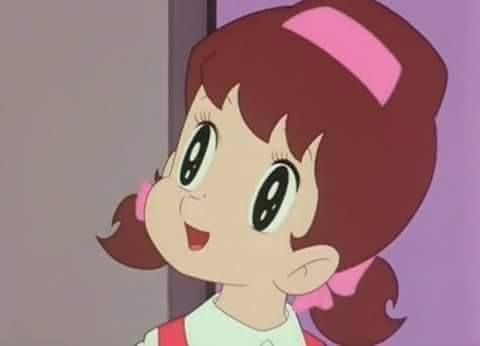 Akko, full name Atsuki Kagami, is the fifth-grade protagonist of the series. She has a happy, friendly personality, and is known for her distinctive hairstyle, with pigtails and a circular bun on top of her head.

After receiving a special mirror, Akko is able to transform into anything she desires, on the condition that she keeps her magic mirror a secret from everyone else. Breaking the mirror will result in “losing her reflection,” though after losing or misplacing the mirror on multiple occasions, it is always returned by a mysterious man.

Akko’s personality and appearance have changed slightly as the series has evolved. 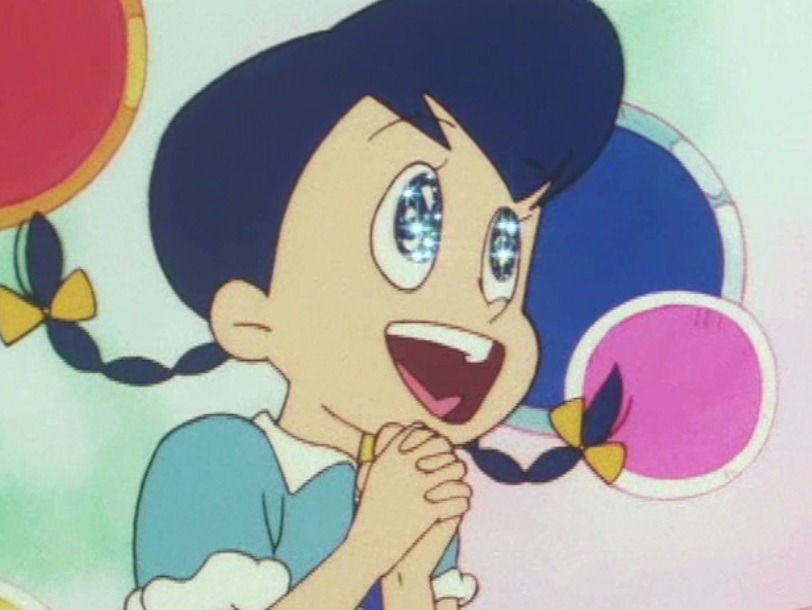 Moko is Akko’s best friend. She is slender, tall, and shares similar features as Akko, but has a more tomboyish personality and has a tendency to get jealous. She has a younger brother, who she often scolds. Moko was originally known as Tomoko, which is the name of creator Fujio Akatsuka’s wife at the time. 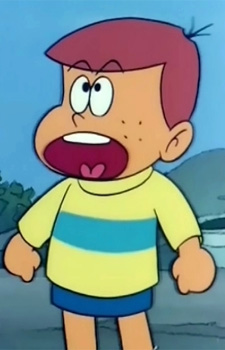 Kankichi is Moko’s eight-year-old younger brother. He is a chubby second-grader with a round face and distinctive cowlick on his head. Despite his relatively meek personality, Kankichi also has a mischievous side, and often gets himself into trouble. Kankichi’s name is in fact the given name of creator Fujio Akatsuka’s father-in-law. 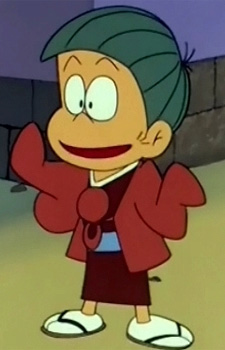 Ganmo is Kankichi’s friend. He is known for his distinctive Japanese-style dress and bowl haircut. In addition to appearances in Himitsu no Akko-chan, Kankichi can be found making cameos in other series as part of Akatsuka’s Star System. 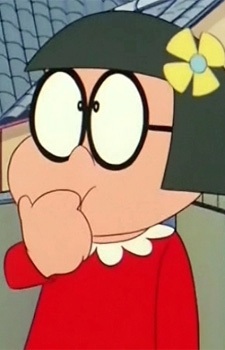 Chikako is a character that first appeared in author Fujio Akatsuka’s past manga Ohana-chan, before later joining the cast of Himitsu no Akko-chan. She is a mischievous girl who likes to challenge other characters. Despite her small stature, her age varies depending on the series, and she is sometimes depicted as being older than the others.

What is Shoujo manga?

Shojo manga refers to a genre of manga targeted towards girls and young women. These mangas were typically serialized in magazines for pre-teens and adolescents. It got its start in the early 1900s with the magazine Shojo-kai, followed by Shojo Sekai and Shojo no Tomo.

The genre typically features a young girl as the protagonist and was likewise targeted to girls of the same age. As the genre began to evolve in the mid-1900s, the genre expanded to include adolescent romantic relationships as well. Likewise, shonen manga, targeted towards adolescent boys, also developed during this period.

The illustrations are known for their distinctive style, with characters often depicted with a wide-eyed expression. Throughout the early 1900s, the shojo magazines featured single-page manga stories, which grew in popularity.

After WWII, the topics and content depicted in the manga began to expand. The release of Princess Knight in the 1950s by legendary manga artist Osamu Tezuka brought a higher degree of sophistication to the genre.

Popular shojo magazines of the 1960s include Ribon, Margaret, Nakayoshi, and Shojo Friend. Himitsu no Akko-chan debuted in Ribon, and ran in the magazine from 1962 to 1965.

Fujio Akatsuka established Fujio Productions, also known as “Fujio Pro” in 1965. In addition to Himitsu no Akko-chan, Fujio Productions is responsible for creating The Genium Bakabon, about a comedic father and his family.

Other series include Oosomatsu-kun, which precedes Akko-chan, and Extraordinary Ataro. The themes of each show generally focus on comedic family relationships and mishaps, with an animation style characterized by gag-ready facial expressions and outlandish proportions.

Himitsu no Akko-chan was inspired by the 1942 American movie I Married a Witch, directed by René Clair. After his pitch for the manga was initially dismissed as being unrealistic, its quick surge in popularity made it a staple of the magazine. Akatsuka’s wife Tomoka played an instrumental role in designing the character and fashion styles for the series.

What is Akatsuka’s Star System?

The star system is a model for marketing manga characters across multiple roles, series, and media. Each character is treated as if they were an actor, with the potential to be cast and appear in different series across Fujio Productions.

Akatsuka employed this system in order to bring back characters and incorporate them into other series. Star system characters include everyone from protagonists like Akko-chan, to minor characters like Bokeo, Chibita, and even real-life figures like Kikuchiyo (the author’s cat) and Akatsuka Fujio himself.

What about anime and movies?

Himitsu no Anno-chan first appeared as a manga from 1962 to 1965. In 1969, the series was adapted into an anime, produced by Toei Animation for broadcast on TV Asahi. The television series has since been relaunched twice, in 1988 and 1998 respectively.

Three full-length feature films were also released, with the most recent live-action movie released in 2012. The 2012 reboot depicts Akko-chan as a 22-year-old woman, and casts Haruka Ayase in the titular role.

Since 2016, Akko-chan has been published as a webcomic on the website Comic Spinel.

Himitsu no Akko-chan is credited with leading to a “witch boom” in Japanese pop culture. Shortly after its publication, a Japanese dub of the US sitcom Bewitched began airing in the country, which would go on to inspire subsequent manga such as Sally the Witch.

Where can I watch and read about Akko-chan?

Himitsu no Akko-chan was televised briefly in California in the 1970s, and later found brief success in Europe in the 1980s, with Italian, French, and Spanish language versions. Unfortunately, official English versions of the anime and manga series are not currently distributed. However, the 2012 film, Akko’s Secret is currently streaming via Netflix.

What are some other fun manga and anime series?

Besides Himitsu no Akko-chan, other popular “magical girl” manga include Sailor Moon, Cardcaptor Sakura, and My Code Name is Charmer. These series are generally more modern in style and tend to tackle themes suited for adolescent girls as well.

Other fun manga and anime targeted towards kids include Doraemon, Crayon Shin Chan, and Jarinko Chie. These long-running series have a more classic feel, with Jarinko Chie in particular retaining a similar aesthetic as Himitsu no Akko-chan.

The Osomatsu-san Birthday Video is a Sugary Sweet Treat