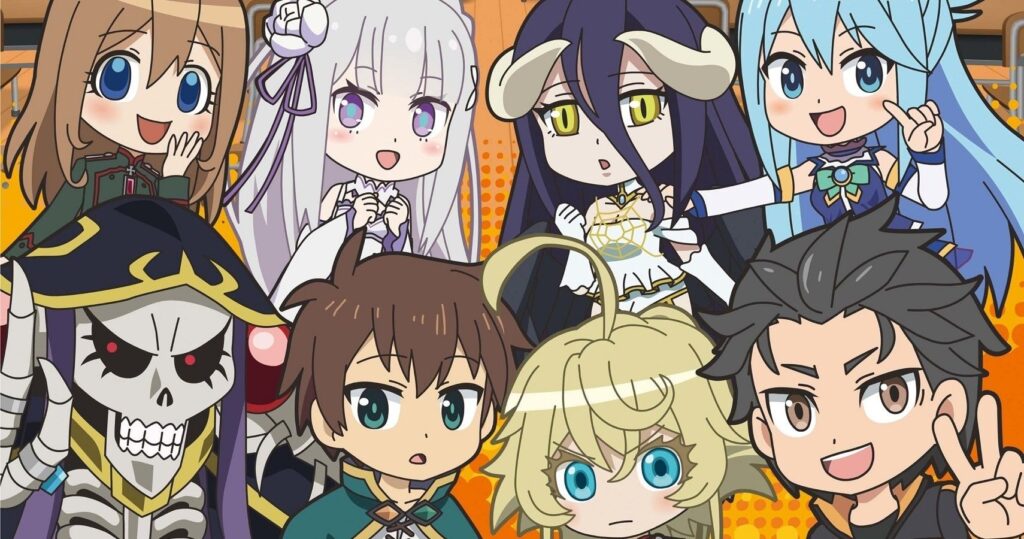 Isekai. Whether you love them or hate them, there’s no denying that there seems to be an awful lot of them out there. As a writer, it feels like I write about isekai series a lot, even if we don’t cover them extensively here at OTAQUEST.

Right now, Crunchyroll streams dozens of isekai series (even if their list of 58 isekai titles includes such shows as Yashahime, which barely even counts) and more streaming services offer any isekai series that Crunchyroll didn’t pick up.

But wait, what exactly makes an isekai an isekai? And why are there so many of them? Is the typical fan complaint about ‘too much isekai’ justified or overblown?

Let’s start with a basic definition: ‘isekai’ literally means ‘another world’ in Japanese, but that’s obviously way too broad. Fairy Tail takes place in a fantasy world, but nobody would consider it an isekai. The key to isekai seems to be this little plot device: the hero(ine) finds themselves in an alternate world where they don’t belong.

However, even that definition seems a bit too open-ended. People have jokingly called such literary classics as Alice in Wonderland and The Wizard of Oz isekai stories. And technically, they are correct.

However, the term ‘isekai’ is Japanese in origin, so let’s narrow our search to anime, manga, and light novels. To make things easier, we should probably eliminate time-travel stories, because it’s the same world, just temporally displaced.

Why Are There So Many Isekai? 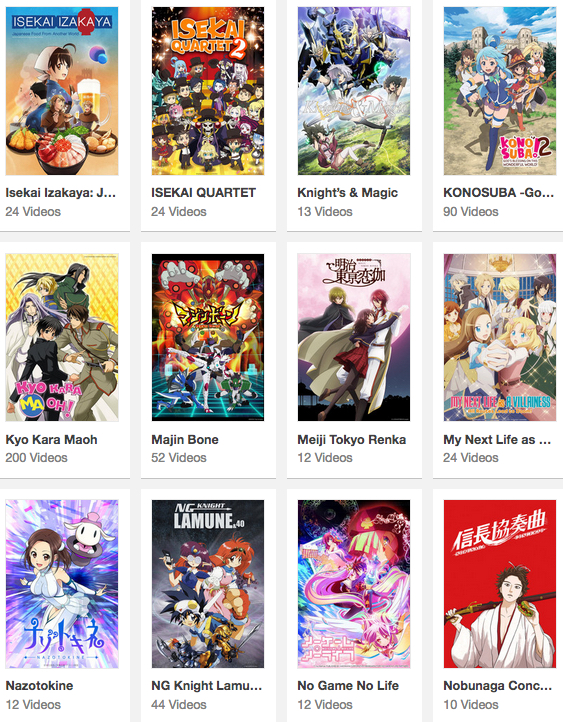 Perhaps the answer to the isekai proliferation problem is simpler than we realize. Consider that Lewis Carroll wrote Alice in 1865; Oz dates back to 1900. People have enjoyed fantasy stories for hundreds of years, from Momotaro to A Midsummer Night’s Dream to Journey to the West to The Lord of the Rings.

In fact, there is a direct line between classic fairy tales and the modern isekai story. J.R.R. Tolkien, in writing his Middle-Earth books, was inspired by earlier fantasy stories. In turn, he inspired the classic tabletop RPG Dungeons and Dragons, which helped inspire Japanese RPGs. Of course, Japanese stories are also inspired by native Japanese and other Asian folklore.

And certainly, a huge number of isekai stories deliberately contain elements of JRPGs. Characters grind levels, fight monsters, go on quests… you get the gist.

Arguably, all of these isekai light novels/ manga/ anime series are targeting an audience that grew up playing these games, reading fantasy novels, and watching Orlando Bloom kill orcs.

There is nothing fundamentally wrong with isekai as a genre. They are just another kind of theme to play around with, just like we have magical girl series, shonen action/ adventure shows, and idol series. Each of these appeals to certain human interests and the anime companies have to cater to the whims of the audience.

Any complaints about ‘too much isekai’ could easily apply to the latest season of Boruto, reboots and remakes of older series, or just about any long-running franchise. And as much as haters would argue against this, isekai alone didn’t cause anime’s production problems.

That said, not all isekai series are good. My advice is to find a few isekai series that you really like, and ignore all the rest. Here are a few recommendations: 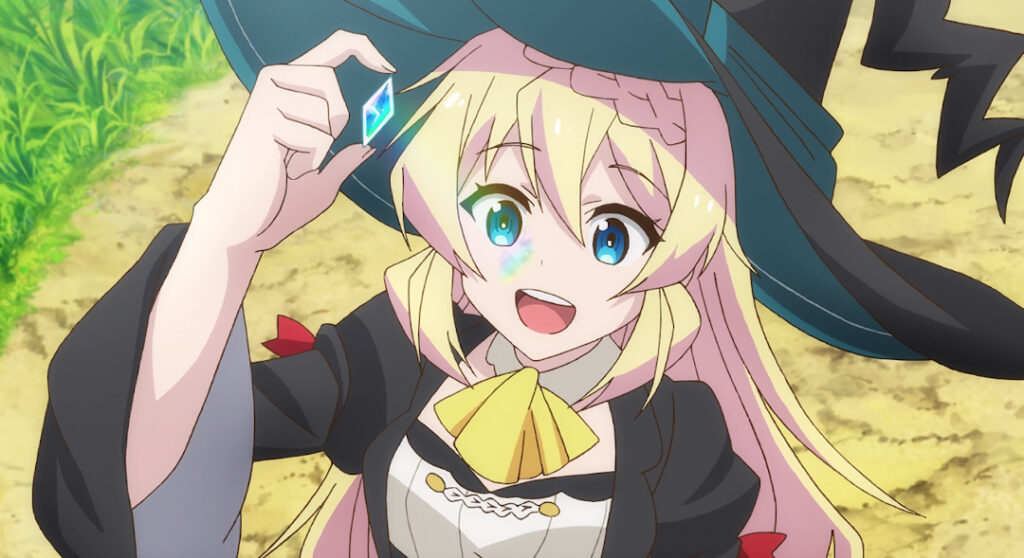 You’ll notice that these series tend to be more comedic in nature, as opposed to a more serious show such as Re:Zero, or The Rising of the Shield Hero. That’s just my personal preference, and no knock on serious isekai shows (I like Shield Hero, too). I just find that the best isekai shows twist or play with the expectations of fantasy series. 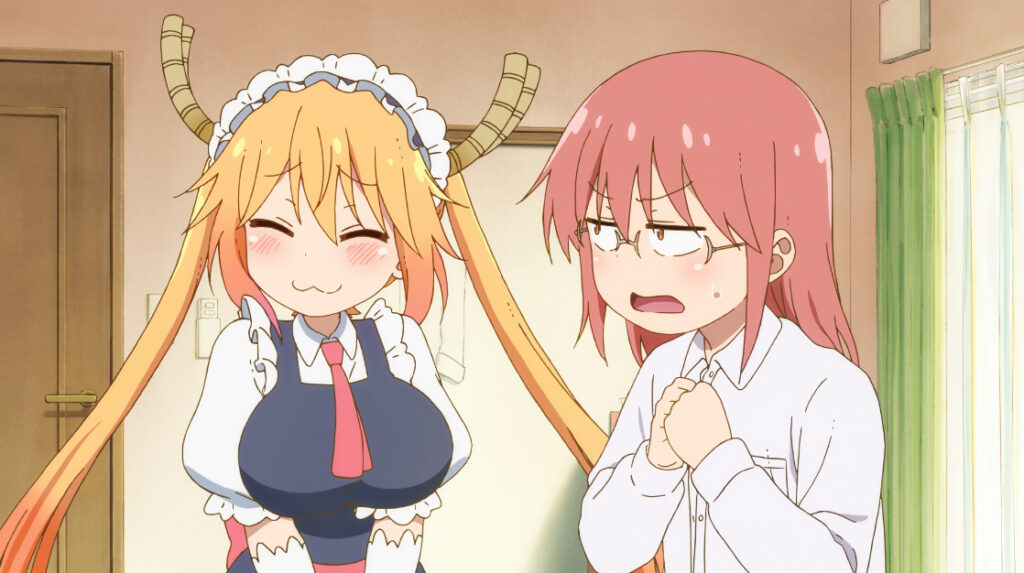 We haven’t even touched upon the so-called ‘reverse isekai,’ where a magical creature has to adjust to life on Earth (Miss Kobayashi’s Dragon Maid, Gabriel DropOut, Helpful Fox Senko-san). Sometimes I think the reverse story is better.

Tired of isekai? It’s OK to ignore them completely. Watch more slice-of-life comedies. Watch more My Hero Academia. You can watch whatever you like. There will always be more isekai when you return.

Crunchyroll, My Next Life As A Villainess, So I'm A Spider, So What? The Slime Diaries, Isekai Izakaya, Isekai Quartet, Knight's & Magic, KONOSUBA, Kyo Kara Maoh, Majin Bone, Meiji Tokyo Renka, Nazotokine, NG Knight Lamune, No Game No Life, Nobunaga Concerto, I’ve Been Killing Slimes For 300 Years And Maxed Out My Level, Miss Kobayashi's Dragon Maid, Crunchyroll Collection on YouTube
CrunchyrollKonosubaMy Next Life as a VillainessSo I'm a Spider So What?That Time I Got Reincarnated As A SlimeThe Rising of the Shield HeroThe Slime Diaries
Join Our Discussions on Discord
Join Now