What Is MF Ghost? 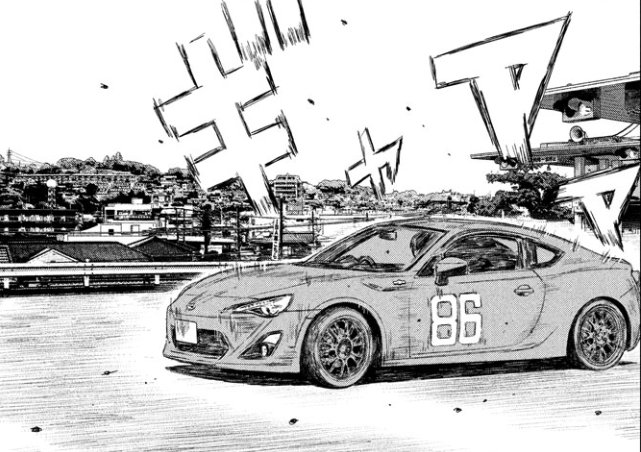 MF Ghost is a racing manga documenting the journey of Kanata Rivington, a 19-year-old driver who has come back to Japan in search of his father. Along the way, Kanata gets involved with the popular MFG racing series, where the best racers in the country compete driving all-wheel-drive sports cars.

MF Ghost was created by Shuichi Shigeno, making its debut in Young Magazine in September 2017. The series is based in the same universe as Shigeno’s hit manga Initial D, which ran from 1995 to 2013.

Who Appears in the Series?

Kanata Livington is the protagonist of the series. Originally from Cambridge, England, the 19-year-old Kanata has spent his life on the racetrack, winning the British Cart Championships at age 7. After graduating from Royal Donington Park Racing School, he comes to Japan to track down his estranged father. Once in Japan, he moves sin with Ren Saionji, whose family are old friends of Kanata’s.

Ren is the female protagonist of the series, and Kanata’s closest companion. Ren works as an MFG Angel, which are hired promotional models that assist with the racing events. She comes from a racing family in Japan who are old friends of Kanata’s family. Ren quickly develops feelings for Kanata.

Shun is a fellow racer in the MFG series with an impressive track record. He aims to rank in the top 5 within the series. At 24-years-old, Shun takes on a nurturing role towards Kanata, supporting him in the series. He has a crush on MFG Angel Number 7, who is secretly Ren Saionji.

Ogata is a former racer now employed as a mechanic. After being introduced to Kanata by Mr. Saionji, Ogata decides to assist Kanata in the MFG series, giving him the Toyota GT86 car and operating the radio during races. He is known for his dramatic personality.

Takumi Fujiwara is a mentor to Kanata, and was also the main protagonist of author Shuichi Shigeno’s highly successful series Initial D. Takumi got his start with illegal street racing in Japan before joining the British Rally Championship in the UK. While his presence in the series is minimal, his significance to the story is crucial.

About the MF Ghost Universe 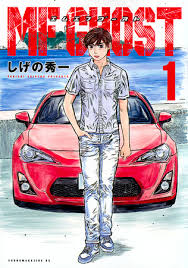 MF Ghost is set in the near future in a world where self-driving cars are common. MFG is a racing series founded to preserve traditional racing heritage. Competitors race internal combustion engine vehicles. A wide range of vehicles appear in the races, on the condition that they maintain an acceptable grip to weight ratio. Manufacturers appearing in the series include Porsche, Audi, AMG, Nissan, Lamborghini, and Toyota. Races are filmed via drone, with spectators excluded from attending due to safety reasons.

What are the MFG Angels?

The MFG Angels are promotional models hired to provide assistance during races. All Angels are scantily clad with a uniform consisting of an orange top, white wings, bikini bottom, and boots. Those on the podium are awarded a kiss on the cheek by one of the Angels.

MF Ghost is based in the same universe as Shuichi Shigeno’s prior series Initial D. Initial D tells the story of 18-year-old Takumi Fujiwara, an ordinary high schooler who falls in love with street racing. With an 18-year run spanning 1995 to 2013, Initial D has been translated into several languages selling over 48 million copies, and has gone on to include an anime series, Initial D Final Stage, feature-length animated films, video games, and a live action film.

While Initial D is set in the present day, MF Ghost moves the story into an imagined future, where self-driving cars are the norm. The connection with Initial D is made explicit when it is revealed that Kanata’s mentor is none other than Initial D protagonist Takumi Fujiwara.

What Kind of Tropes and Themes Are Found in MF Ghost?

Much like its predecessor Initial D, MF Ghost is tailored to young adults with an interest in car culture and racing. As such, the series pays close attention to mechanics and realism, while also taking liberties to stylize the thrill and possibilities of driving techniques and maneuvers. 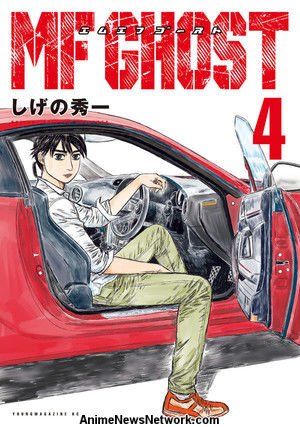 Real automobiles from the 1990s and 2000s make appearances throughout both series, including models like the Nissan GTR, Alfa Romeo 4C, Porsche 991 GT3, and Kanata’s own Toyota GT86.

The series combines hobbyist car culture with typical young adult themes of unrequited love, growing up, and working hard to overcome challenges. As is typical of the genre, a handful of wise, hardened veterans provide guidance and advice along the way.

MF Ghost was created by shonen manga author Shuichi Shigeno. Shonen manga is targeted at adolescent boys and young men. To no surprise, Shigeno is a car enthusiast himself, owning the same Toyota Sprinter Trueno that protagonist Takumi drives in Initial D.

Where Can I Read or Watch MF Ghost?

While an official English version of the MF Ghost manga has not been released, numerous fan websites document the series, including detailed character backgrounds and plot developments. MF Ghost’s predecessor Initial D is published in English by Kodansha Comics. Likewise, while there is no anime series presently in the works for MF Ghost, Initial D enjoyed a long run as an anime, with multiple series launched from 1998 to 2014.