The Curious Case of Natto: Why This Japanese Side Dish Is So Polarizing 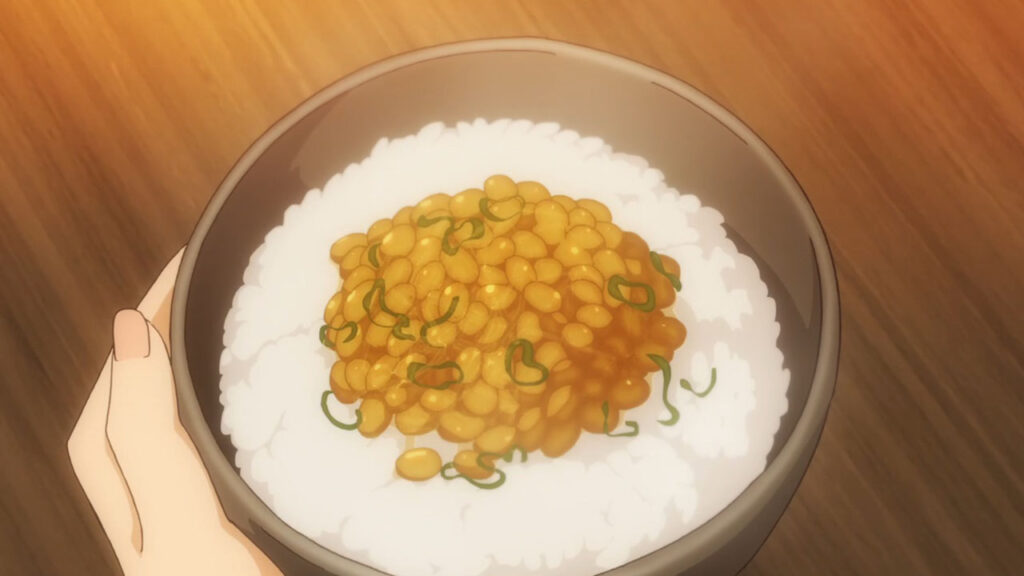 If you’ve ever roamed the frozen food aisle of your local Asian supermarket, you may have come across a small package of natto. While it’s steadily growing as a potential new superfood in North America, natto has been a side dish staple of Japanese food culture. Although many enjoy it as part of an essential part of their meals, natto has a polarizing reputation. 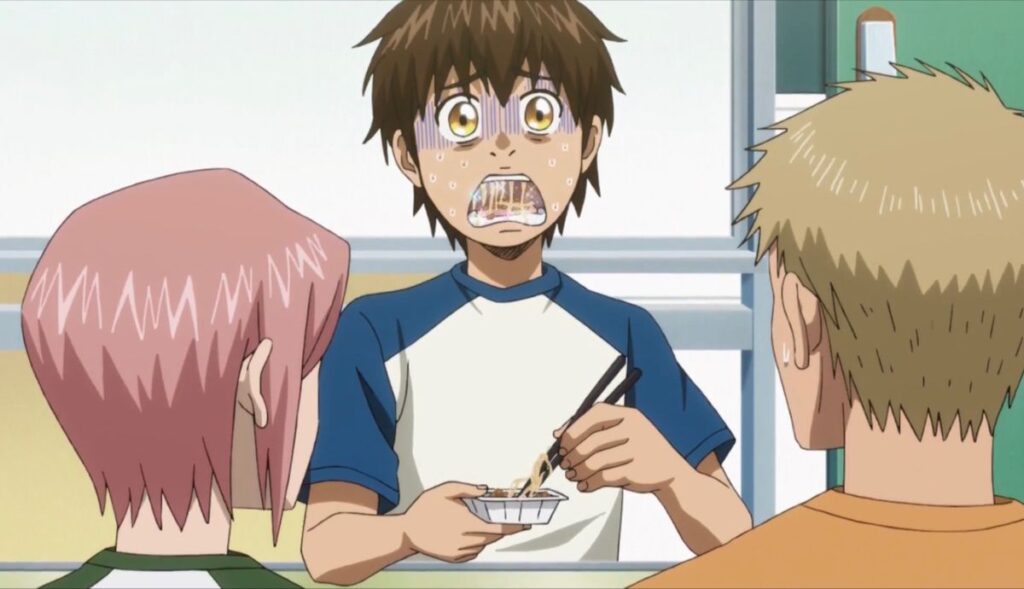 Why is natto so polarizing? There are people who love it, others who hate it with a passion, and those who are indifferent. Where did it come from and what’s the appeal of the taste? Let’s investigate and explore its potential health benefits and why people like eating it.

Natto is a traditional Japanese food made from soybeans fermented by the bacillus subtilis bacteria. It’s generally known for its sticky texture, strong smell, and overpowering flavor. Normally, it’s eaten with a bowl of rice and can be seasoned with karashi mustard or soy sauce and topped with green onions.

Natto is particularly popular in Eastern Japanese regions such as Kanto, Tohoku, and Hokkaido. On the other hand, it’s less popular in Kansai, and those who do consume it may only do so for the health benefits.

The History of Natto: Where Does It Come from?

The city of Mito in Ibaraki prefecture has laid claim to being the birthplace of natto, embracing itself as the epicenter of the side dish. Its origins, however, are much more complicated and can be traced as far back as the Heian period. While there’s no consensus on who or where it came from, experts agree that natto is the byproduct of wrapping boiled soybeans in dry rice straws. Whether this practice was deliberate or accidental is uncertain. 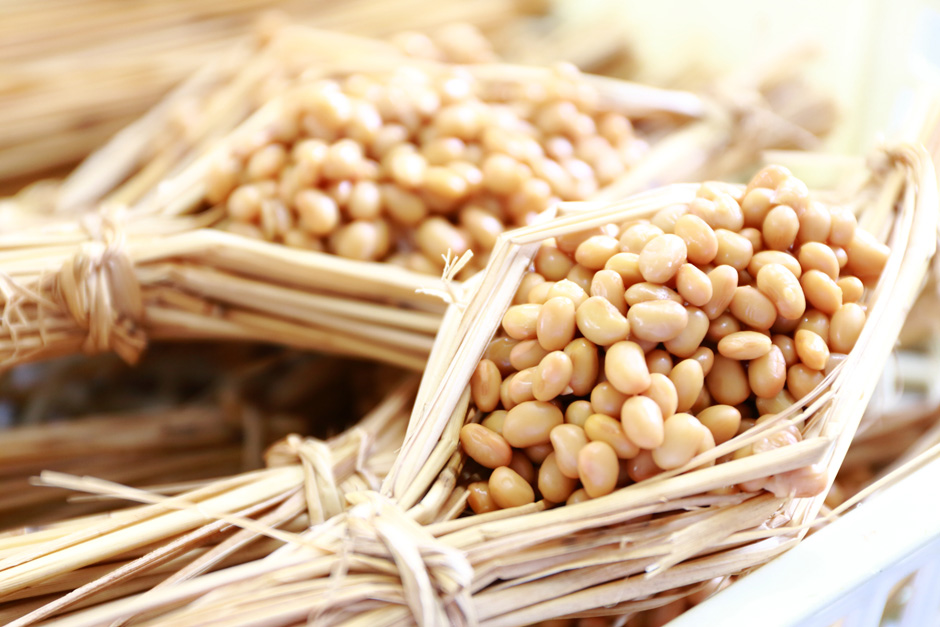 The most common origin story involved the Heian samurai Minamoto no Yoshiie who led military campaigns into Northern Japan during the 1080s AD. One evening, as his soldiers rested and prepared rice and boiled soybeans, they were suddenly attacked and hurriedly wrapped their food in bundles of rice straw. When they opened the straw days later, they discovered the beans had fermented because of the warm temperature and damp moisture. The soldiers ate it and liked the unique taste, offering it to Yoshie who also found it nourishing.

Another legend involves a prominent Buddhist scholar named Prince Shotoku, who lived in 7th century Japan during the Asuka period. He’s said to have discovered fermenting soybeans into natto when he wrapped them in straw bags with his horse. Because of their rich protein nutrients, they’re often eaten as a side dish for vegan Zen Buddhist monks.

Natto may also be traced to the Chinese Zhou dynasty when it was brought over during the Yayoi period. It shares similarities with a Chinese dish called douchi, which are fermented and salted whole black soybeans. Wherever it came from or how it was discovered, natto continues to be enjoyed by the people who love its unique taste and texture.

How Do You Eat Natto?

Now you may be wondering: what is the best way to eat natto? It is usually a breakfast routine and is similar to how the English eat their beans and toast. As stated previously, natto is commonly eaten on top of white rice, but you can also put it on bread, pasta, spaghetti, okonomiyaki, and even pizza! 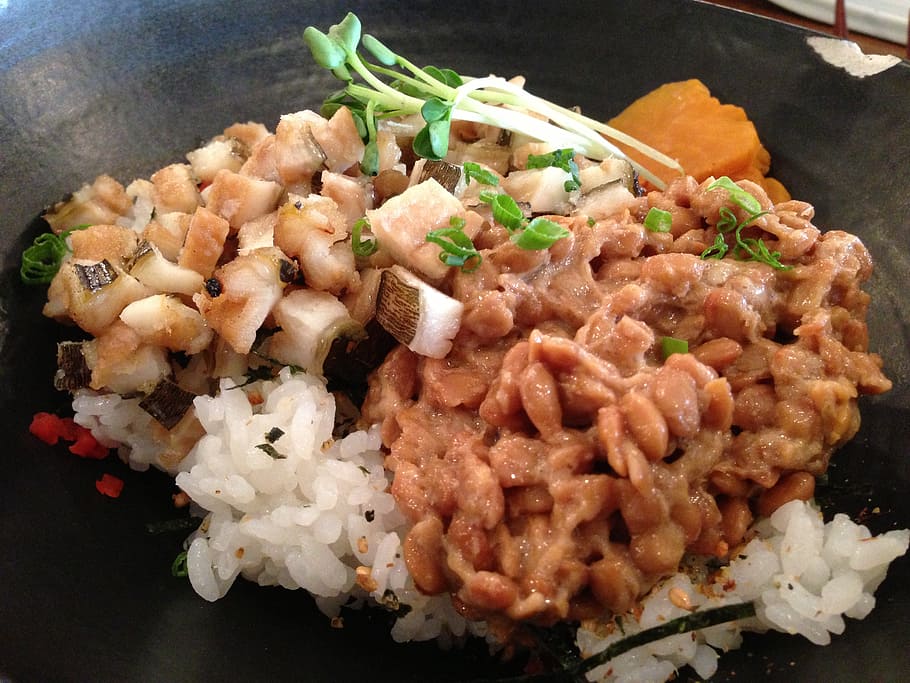 You can also customize it with toppings if you want to adjust the way it tastes and smells. In addition to green onions, you can use dried bonito flakes, kimchi, wasabi, seaweed, and umeboshi (sour plums). If you really want to get creative, you can sprinkle some cheese or use mayonnaise.

Natto usually comes in white Styrofoam containers. Inside them are the frozen natto beans, the karashi mustard, and a special sauce that you use to mix it all up. Once you’ve stirred it all up, you can either eat it as it is or consume it like the way we described before. 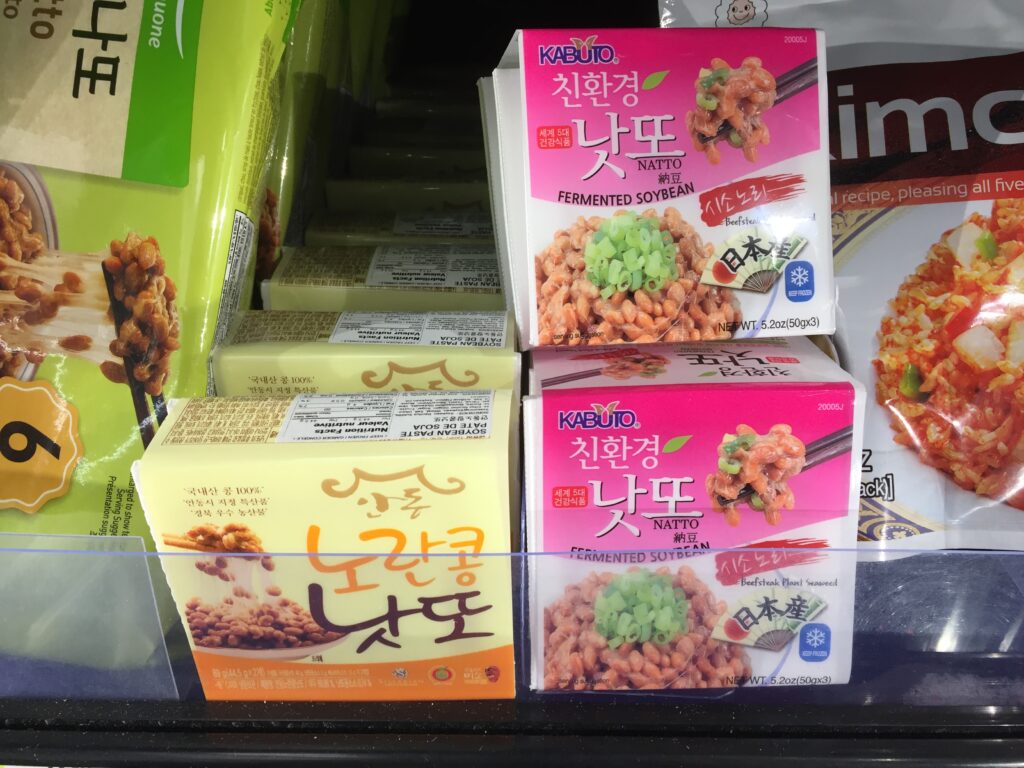 The Case for Natto: Health Benefits

Natto is said to be a good source of protein because of its fermented soybeans. It’s also rich in probiotics, nutrients, and minerals that improve digestion and gut health. Some examples include vitamin K1, calcium magnesium, and zinc, among others. In addition to good digestion, natto is also effective in keeping your bones strong, your heart healthy, and may strengthen your immune system. Overall, natto with rice has some great health benefits.

The Case Against Natto: An Unpleasant Taste, Texture, and Smell

When you ask someone who has tried natto and hated it, the three things they’ll complain about are its taste, texture, and smell. As someone who grew up with parents who adored durian, its pungency pales in comparison.

The sticky, slimy texture is a fair reason not to eat it, but pairing it with rice or your favorite topping makes it less unpleasant. As for its taste, the experience is like eating any other bean type dish, but I’ll admit it’s still an acquired taste. If you can get past all of this, you’ll find natto to be a pretty satisfying side dish. 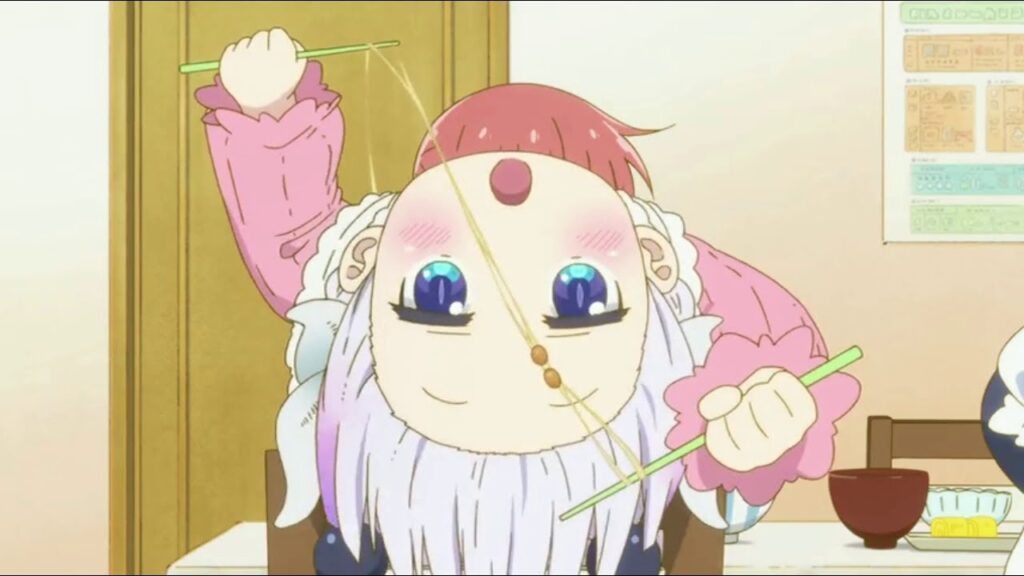 What Our Writing Team Thinks

I asked some of my fellow OTAQUEST writers for their thoughts on natto. While some were neutral, only one writer really liked it and everyone else disliked it. Here’s what they said:

I think the smell does a good job of keeping people away, but if you can get beyond that, it’s so tasty and filling. You also get bonus gaijin points if you eat it around Japanese people. When I brought up that I liked it while I lived in Tokyo, people in my office talked about it for a week.

I don’t hate it, but I don’t go out of my way to eat it. I won’t turn my nose up if it’s included in something I order or is cooked for me or anything though.

I’ve never really understood the appeal and I don’t like the smell. But honestly, if that’s your thing, it’s not a hill for me to die on. But I still won’t eat it. I’ve never had it in my household and my dad is from Japan.

The Last Verdict: Should You Try Natto? 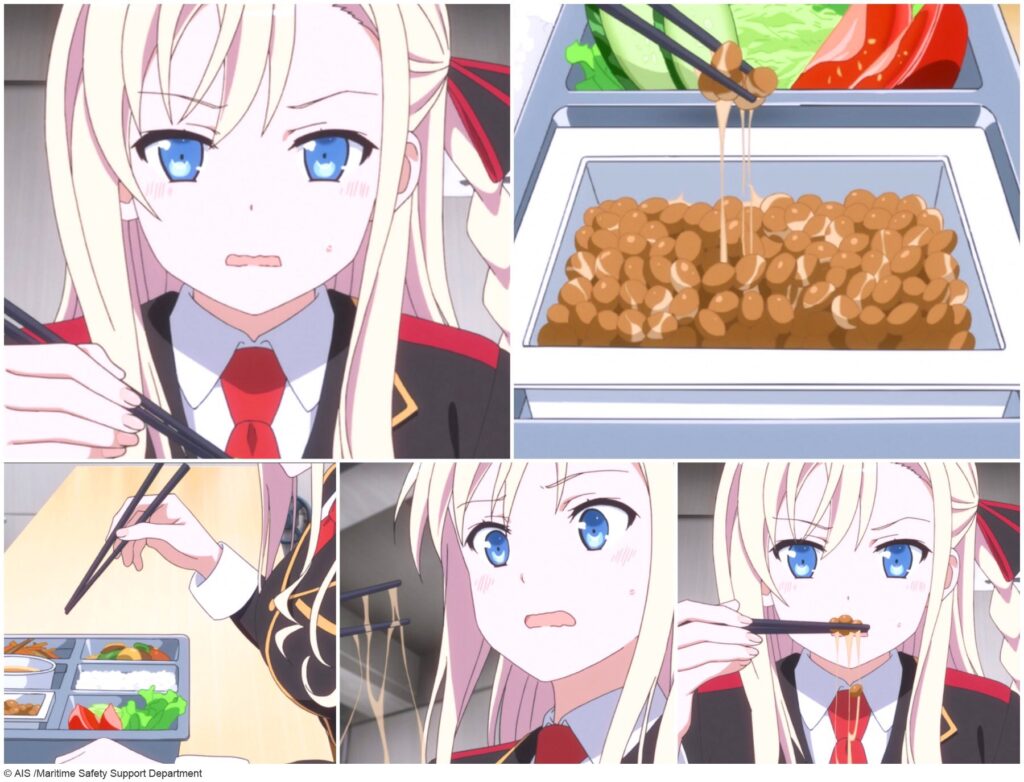 Yes. You should at least give it a try, and if you hate it, you don’t have to eat it again. Japanese cuisine is vastly diverse and features an array of exceptional foods. Natto is one of many side dishes you can have with a meal and goes well with anything. Like any new food, if you give it a try and get past all of its unpleasantness, you might like it.

Nicolas Cage’s Face Is Popping up on Popular Japanese Snacks