What is Produce 101 and What is it About? 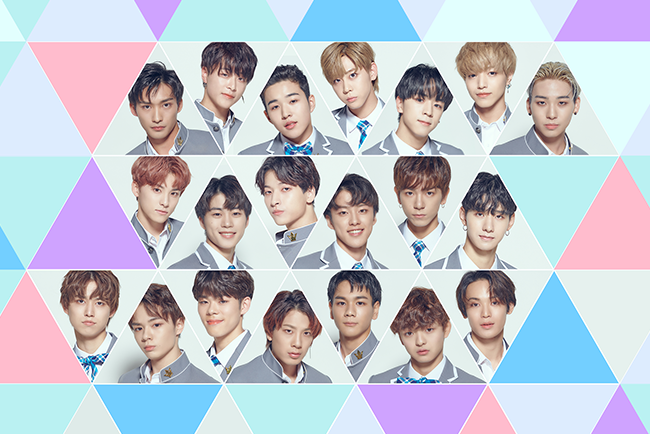 Produce 101 (프로듀스 101) is a South Korean reality television program that pits 101 prospective idols against each other in a battle that spans not only individual performances but team performances. The span of talent is vast and wide-ranging from individuals who have never stepped foot on a stage or a studio to artists which have previously debuted with another group but just didn’t make it in the long run, and everything in between.

The first season of Produce 101 premiered on January 22nd, 2016 to a hit reception which featured 101 different female contestants. Since its inception, the series has had seven different seasons spanning Asia, including China and Japan. There have been a total of seven groups that have debuted totaling a total of seventy-eight members across 3 different franchises of Produce 101.

The Beginning of Produce 101 – Season One

Originally airing in South Korea on the Mnet Network, Produce 101 pitted 101 different female contestants against each other and with each other respectively to become the newest all-female music group.

Promising a debut to the winners. It was a fairly large scale project with a total budget of four-billion South Korean Won (approx. $3.4 million USD). It ran a total of eleven episodes, wrapping up on April 1st, 2016.

The concept of the program was that aside from the agencies deciding who is going to be a member of the soon to debut group, the public would decide through a series of mobile and online votes. The public producers would vote on the contestants from the pool of 101 which consisted of trainees from forty-six different agencies throughout South Korea.

Where the program started with 101 entrants, only eleven would survive to become the newest girl group. At the end of the season, in the final episode, it was revealed that the group name would be I.O.I.

I.O.I released their debut EP “Chrysalis” on May 4th, 2016 to a luke-warm response. Since then numerous members have left the group and it was announced that they would be resuming activities as a group in October of 2019, but these plans were canceled due to scheduling conflicts.

Where the first season of Produce 101 was an entirely female roster, this time the producers of the show changed it up and the second season consisted of an entirely male roster. Similar to the first season, there were 101 contestants that spanned across 54 different entertainment agencies throughout South Korea.

Where most of the contestants were of South Korean descent, there were also Chinese, Japanese, and Taiwanese contestants among the 101. Also in a similar fashion to the first season, the public producers would vote for who should be in the debut group via their mobile phones or online through the program’s voting portal.

The first episode of season two aired on April 7th, 2017, almost exactly a year after the first Produce 101 wrapped up. When the final episode aired on June 16th, 2017, BoA had announced that the debuting group’s name would be Wanna One.

Much like season one’s debut group I.O.I, Wanna One debuted to a dismal reaction on August 7th, 2017 with their debut EP 1×1=1 (To Be One). After a world tour and a number of releases, the group disbanded in January of 2019.

Back to the Girls with a New Format – Produce 48

Produce 48 is the third season of the popular Produce 101 series however this time, they returned to a full female roster. A first for the series, Produce 48 was a joint effort between Mnet and the hyper-popular girl group AKB48.

Produce 48 had its debut episode air on Mnet in South Korea on June 15th, 2018 and consisted of 96 girls which spanned idol groups and entertainment agencies throughout Japan and South Korea.

Out of the 96 girls contending to be part of the next big idol girl group, 57 of them were from South Korea where the remaining 39 were from Japanese idol groups AKB48 and their sister groups. After 12 episodes, the voting came to a close and the group ranking announcements began as well as the announcement of the group’s name.

The group’s name was announced to be Iz*One and consists of the following members: Won-young Jang from Starship, Sakura Miyawaki from HKT48, Yu-ri Jo from Stone Music, Ye-na Choi from Yuehua, Yu-jin Ahn from Starship, Nako Yabuki from HKT48, Eun-bi Kwon from Woollim, Hye-won Kang from 8D, Hitomi Honda from AKB48, Chae-won Kim from Woollim, Min-joo Kim from Urban Works, and Chae-yeon Lee from WM.

Iz*One made their debut on October 29th, 2018 with their debut EP Color*Iz and have released a second mini-album and three Japanese singles since then. Iz*One is quite possibly the most popular group which has come from the series to this point.

Returning to the Boys with Produce 101 X

Produce 101 X is the fourth season of the Produce 101 series. This time the contestants are all male, see a trend here? As with all previous seasons, the public producers choose the 11 members of the next debuting group out of a total contestant pool of 101 members.

The fourth season of Produce 101 ran a total of 12 episodes, making its debut on May 3rd, 2019. Where the format of the show is essentially the same as its preceding three seasons, there was a new rank introduced for this iteration of the series called the “X Rank.”

The X Rank was considered the lowest rank where the contestants are the most vulnerable to be eliminated from the competition. Also, the eleventh member of the debuting group would be decided by the total number of votes that they accumulated throughout the entire airing of the season.

This means that the person who actually earned the eleventh place spot could essentially be knocked out by someone who had a higher total vote count across the span of the season.

The final episode of Produce 101 X aired on July 19th, 2019 where it was announced that the newly debuting boy group would be called X1. They made their debut on August 27th, 2018 with their debut EP titled Emergency: Quantum Leap.

Due to numerous issues that arose throughout the airing of the show relating to the Mnet voting scandal, the group broke up on January 6th, 2020 after numerous unsuccessful negotiations between the members’ individual agencies regarding the future of the group.

With the immense success that the series was having in South Korea, it is only fitting that other parts of Asia would want to participate in the festivities as well. That was all about to change when Produce 101 China was announced and started airing on Tencent Video on April 21st, 2018.

Rocket Girls 101 made their debut immediately after the season ended on June 23rd, 2018 with the self-titled song “Rocket Girls.” They are still active as a group and most recently released a new single titled “Be Happy” to celebrate the Chinese New Year.

On September 25th, 2019, Produce 101 Japan hit the airwaves on TBS and GyaO! throughout Japan. Produce 101 Japan is a joint venture between Yoshimoto Kogyo and CJ E&M. It featured 101 different male contestants with the same format as its South Korean counterpart.

The Japanese version of Produce 101 spanned a total of twelve episodes culminating with the final eleven contestants being announced as the members of the new boy group JO1.

Many of the winners from Produce 101 Japan have had professional training or have participated as back dancers for widely recognized artists such as J SOUL BROTHERS III. For instance, Shosei Ohira is a graduate of the Kyoto EXPG School where he learned how to be a performance artist as well as a singer.

Produce 101 is without a doubt one of the most successful music-based reality shows next to American Idol. It has a vast array of talent spanning across the multitude of contestants that participate in the project.

At this time, there has been no follow up season to Produce 101 announced, but based on the popularity of the series and how involved the fans get with the series, it can almost be guaranteed that a follow up will be happening sooner rather than later. As a fan of the series, I for one can’t wait for the next iteration of the series and will certainly be watching it like a hawk.