What is Sword Art Online Alicization? SAO’s Fourth Anime Season in a Nutshell 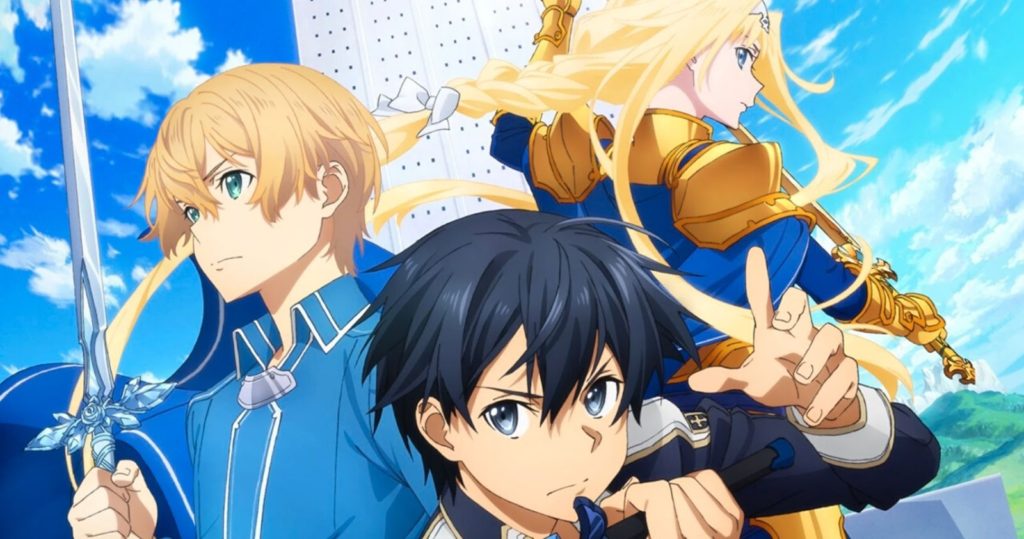 The Alicization arc made its anime debut on Tokyo MX on 6 October 2018. It premiered with a one-hour world premiere that aired in Japan, USA, Mexico, Australia, France, Germany, Russia, and South Korea on 15 September 2018. The North American version of Sword Art Online Alicization is dubbed by Aniplex of America and is aired on Adult Swim’s Toonami block. 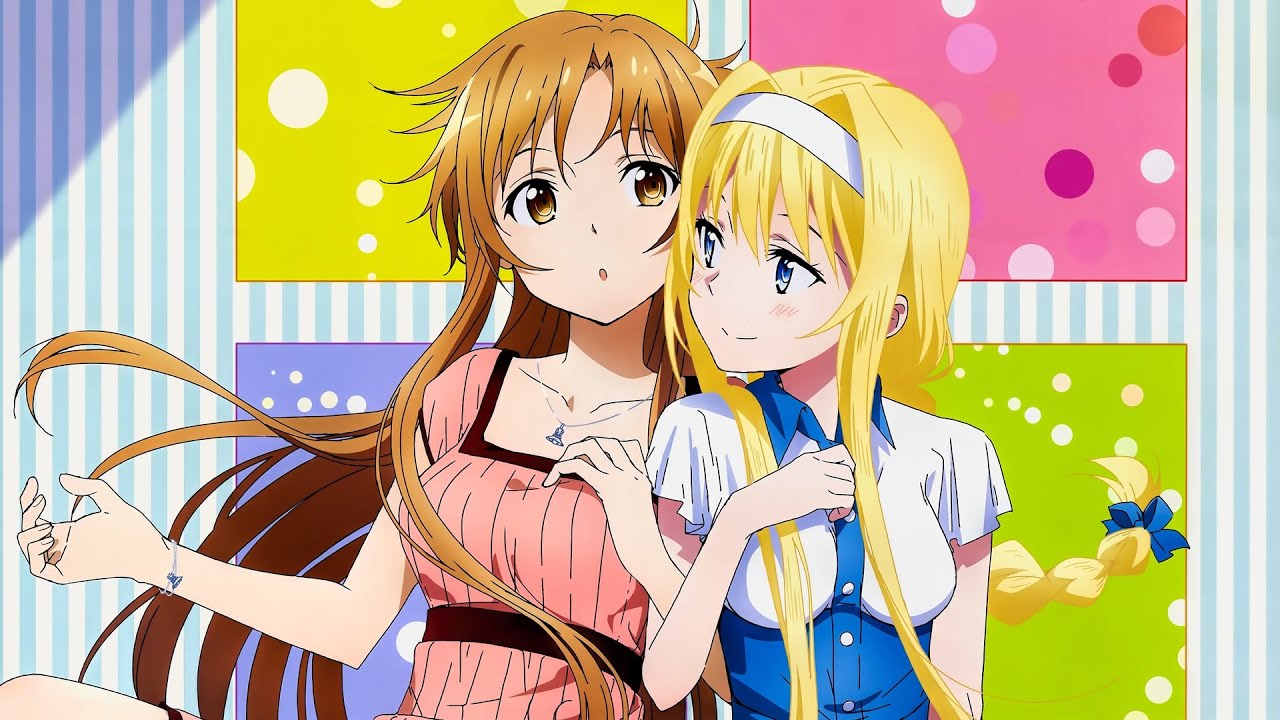 The story of Sword Art Online Alicization is by far the most interesting out of the entire series to date. It starts off in the year 2026 in June where the main protagonist Kirigaya Kazuto (Kirito) is offered an opportunity to work at a company by the name of Rath. He was offered the job by Seijiro Kikuoka of the VR crimes division who has been working alongside Kirito since the end of the initial Sword Art Online issue.

Kirito was requested to test out a fourth-generation FullDive machine which was still in the experimental phase of development. This new hardware was called the Soul Translator (STL) which operated in a completely different fashion than its predecessor hardware. Kirito was requested to test the hardware and remain in a complete FullDive status during the weekend and at the end of the test, his memory would be wiped of any remnants of the testing for security reasons.

Kirito agreed to this and started the project. But once he started the project, it was revealed that the hardware was being developed as a special AI for military use. The company had copied a newborn baby’s soul which would be used as the base for creating new AI which would grow up and be nurtured in a place called the Underworld.

In the Underworld, time moves at a pace of one thousand times faster than in the real world thanks to something called Fluctlight Acceleration. Fluctlight Acceleration is based on the concept that a human’s perception of time is subjective. Kind of like the feeling that when you’re in a sense of crisis, time is perceived to move slowly but when you’re relaxed and having fun, it seems to go faster.

After completing the experiment, Kazuto returned to reality with his memories of the time that he spent in the Underworld blocked, as mentioned. On the way home with his girlfriend Asuna, he was attacked by a member of the player killing clan ‘Death Gun,’ Atsushi Kanamoto. While in a short tiff with Atsushi, Kirito is stabbed with a syringe of succinylcholine which causes his heart to stop beating.

The doctors were able to prevent Kazuto from dying, but his brain suffered severe damage because of the lack of oxygen being delivered to his brain and he goes into a coma.

His body was kidnapped by the Japan Self Defense Force and was transported to a secret base in the middle of the Pacific Ocean. The JSDF connected Kazuto once again to the Soul Translator to help treat the brain damage he sustained from the attack. This time, however, he woke up in the Underworld as a child and with his memories of the real world still intact. 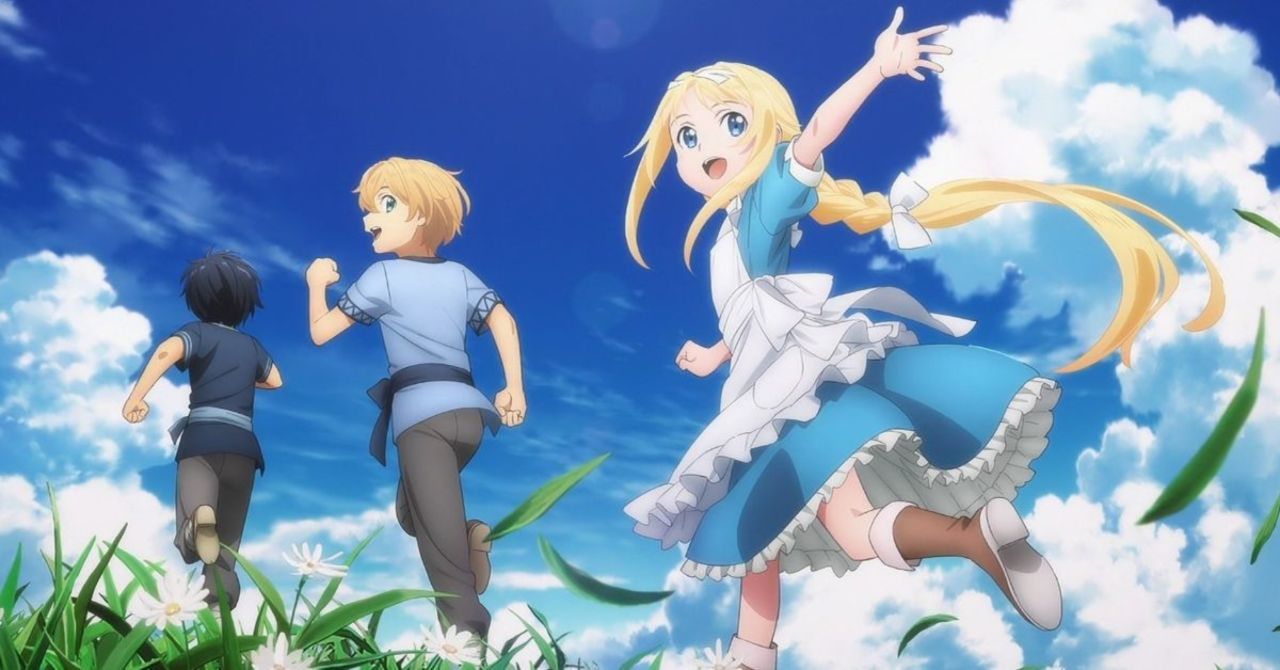 The Story of Sword Art Online War of Underworld

War of Underworld is the second part of the Alicization series and takes place after Kirito rids the Underworld of Quinella, the pontifex of the Axiom Church.

After defeating Quinella, Kirito is able to contact the real world and finds out that he is on the top-secret base called the Ocean Turtle which is being raided by an extremist group. During the raid, the extremists caused a short circuit which damaged Kirito’s fluctlight leaving him in a comatose state not only in the real world, but also in the Underworld as well.

Alice then brings Kirito back to her hometown of Rulide Village even though she was banned from there due to committing a crime by touching the boundary of the dark territory. She was effectively disowned by her family, especially her father, the leader of the village. This caused Alice to move to a cottage outside of town where she proceeded to live a peaceful life, just hoping for Kirito to wake up from his coma.

Not all is well though, as Alice noticed that the Dark Territory started their invasion on the Human Empire. This causes Alice to resume her role as Alice Synthesis Thirty where she vows to defeat the Dark Territory in order to avenge the world that Kirito and Eugeo fought so hard to protect.

The remainder of the story is yet to finish as the third and final part of War of Underworld is set to start airing in Japan on April 25th, 2020. But one can only imagine the type of destruction and devastation the Dark Territory is going to bring to the Human Empire. 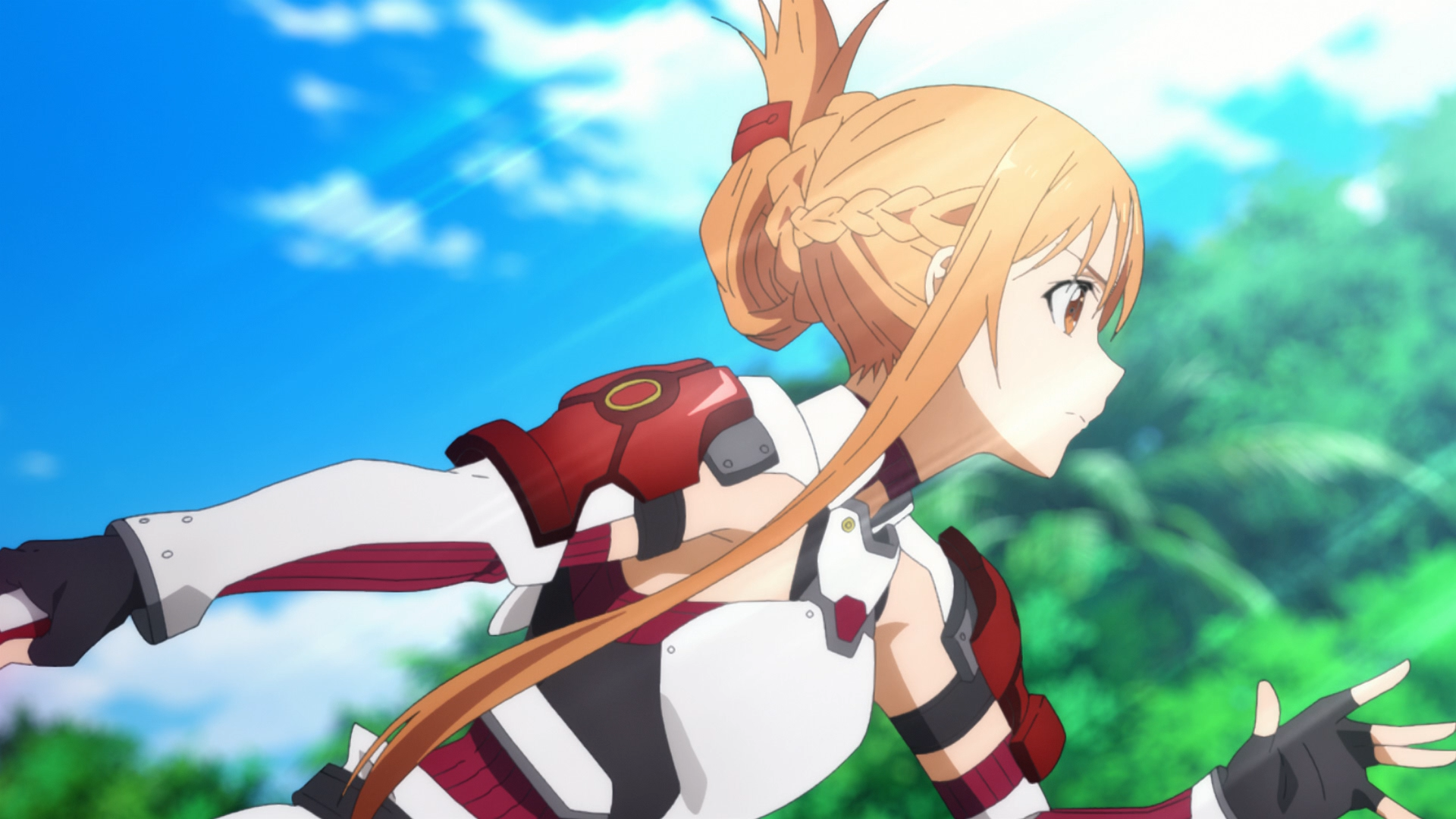 At Tokyo Game Show 2019, BANDAI NAMCO showed off a video game that was set in the Underworld of Project Alicization which was titled Sword Art Online: Alicization Lycoris.

It is the first game that will follow the canon storyline and will be a video game version of the story told between Alicization Beginning all the way to Alicization Lasting.