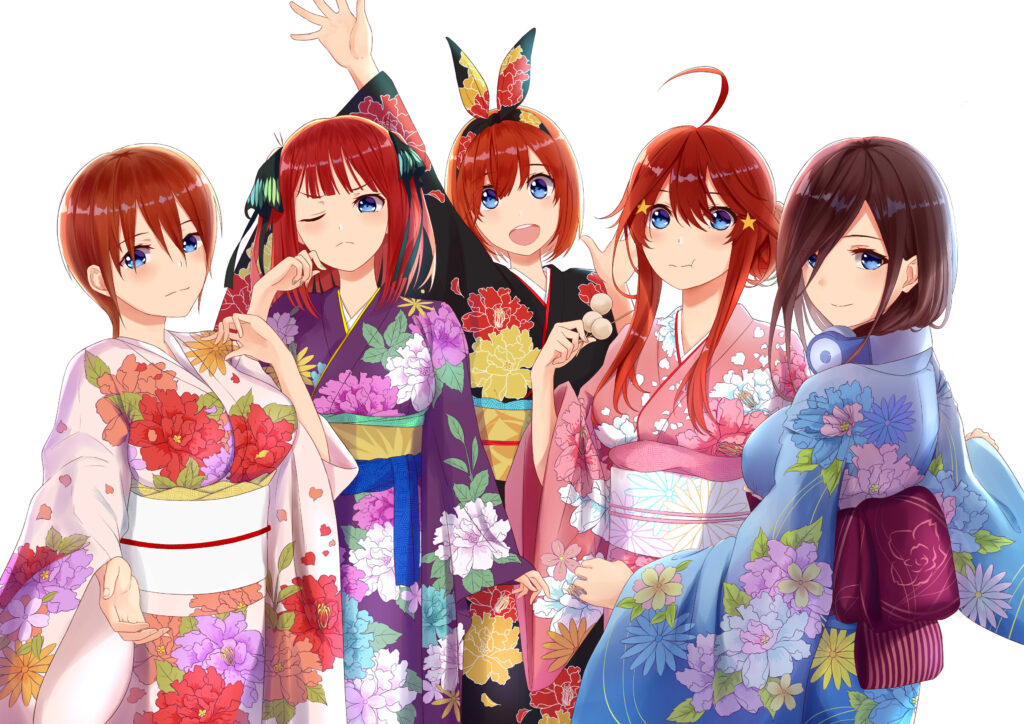 The Quintessential Quintuplets (Go-Tobun no Hanayome) is a Japanese manga and anime series written by Negi Haruba. The title joined Kodansha’s Weekly Shonen Magazine in August 2017 and has a total of 13 tankobon volumes. The series is also available to read in English via Kodansha USA and to view on Crunchyroll and Funimation. 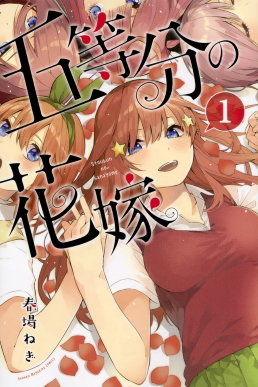 The series is about the daily life of Futaro Uesugi, a high-school student who is hired as a private tutor for the wealthy Nakano family’s quintuplet daughters who are struggling academically.

The series has received numerous praise and reviews as being a series that doesn’t really play to fanservice and the over-exaggeration of the typical stereotypes, and allows the characters to become more fleshed-out and fun. That’s not to say there isn’t fanservice, there is plenty of it, but it’s not overdone or super gaudy, such as many anime titles similar to this have done in the past.

The series was nominated for the Next Manga Award 2018 and won the award for the Best Shonen manga at the 43rd annual Kodansha Manga Awards.

What is The Quintessential Quintuplets about?

The series protagonist Futaro Uesugi is academically gifted, but he has a fairly difficult life. His mother is dead, he has no friends, and his dad owes a bunch of money. He finds the opportunity to change everything when the super-wealthy Nakano family transfers to his school.

Being the scholar that he is, he was quickly hired by the family as a highly paid tutor for their daughters. The only thing is, is that none of the daughters want to or enjoy studying at all, and they’re all failing out of school.

Across the span of the series, Futaro creates bonds with each of the quintuplets and (SPOILER ALERT) he even ends up marrying one of them, although she’s not revealed who it is until near the end of the story. 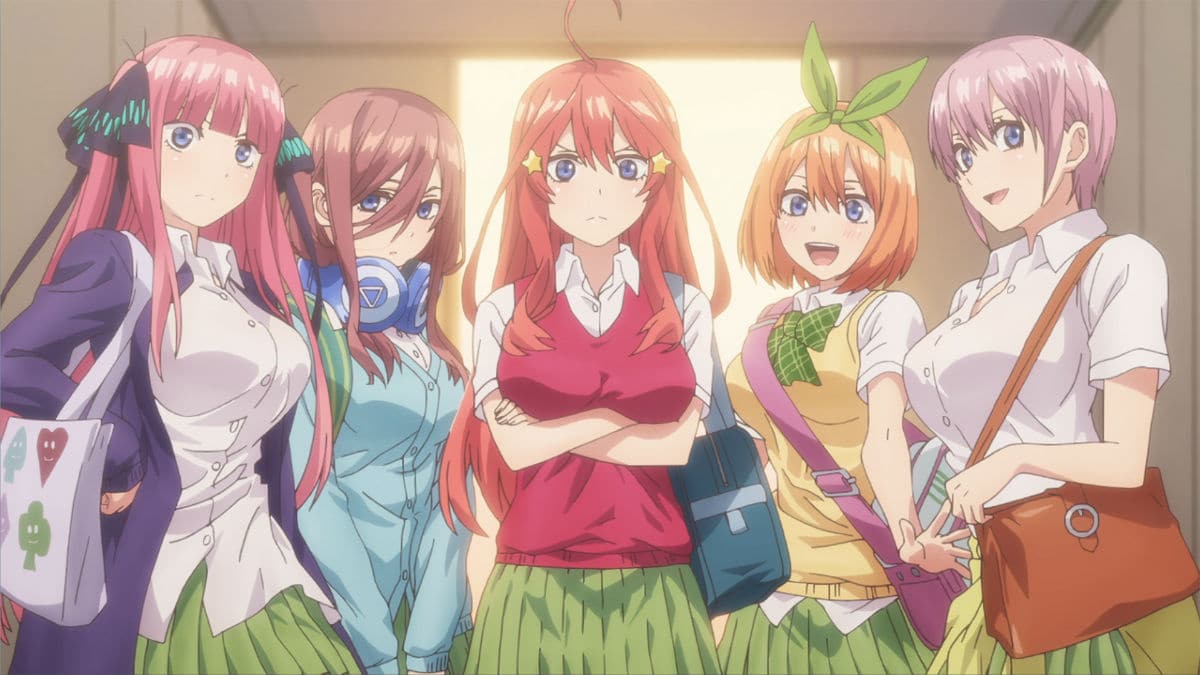 The Characters of The Quintessential Quintuplets

There is a variety of characters that the manga introduces to us. Let’s take a look at them:

A reserved and friendless high school student, but also very academically gifted. He lives with his sister and debt-ridden father in an apartment. He keeps a photo of a girl he met in Kyoto when he was in sixth grade who inspired him to study. It’s later revealed that the girl in the picture is none other than Yotsuba Nakano, one of the very quintuplets that he is hired to tutor.

Ichika is the eldest sister, and she has a responsible, caring attitude. She wants to become a movie actress and dedicates most of her time and resources to make that happen.

Nino is the second eldest sister who gets along well with her sisters but is cold and reserved to outsiders. She excels in cooking and has even hinted at having dreams of becoming a chef.

Miku is the third eldest sister, and she is the most reserved. She’s shy and timid. She can’t cook really well, but after hearing that Futaro likes girls that can cook, so she starts working on this.

Yotsuba is the fourth sister, she’s super cheerful, friendly, and excels in sports. She’s often airheaded, or at least seems to have a complete loss of thought or planning in detail more than anyone could imagine.

Itsuki is the youngest sister and is friendly with everyone except Futaro, as his past nagging has caused her to be in attack mode with him. To follow in her late mother’s footsteps, she wants to become a teacher despite her grades.

Where there are more characters in the series that get introduced, the story mainly revolves around the above five characters and I feel that they are the most important to get an understanding for.

The Anime of The Quintessential Quintuplets

It was announced in the Weekly Shonen Magazine that there was going to be an anime adaptation of the series. It is directed by Satoshi Kuwabara and written by Keiichiro Ochi. It aired in Japan between 10 January and 28 March 2019 on TBS, Sun TV, and BS-TBS. It had 12 episodes.

In other worldwide territories, it’s available on Crunchyroll, with Funimation providing the English dubbing as the series airs in international territories.

Personally, I’m not a fan of the English dub. This is not to say that it’s bad or Funimation did a bad job with it because they didn’t. It’s just I started watching anime in the 90s with Japanese voice tracks and never got on to the whole dub bandwagon. It’s just not my cup of tea.

During a special event for the first season of the anime on 5 May 2019, it was announced that the series would be getting a second season which will air in October 2020. There are a couple of changes to the staff which will be happening as well as Bibury Animation Studio will take over the animation responsibility from Tezuka Productions. 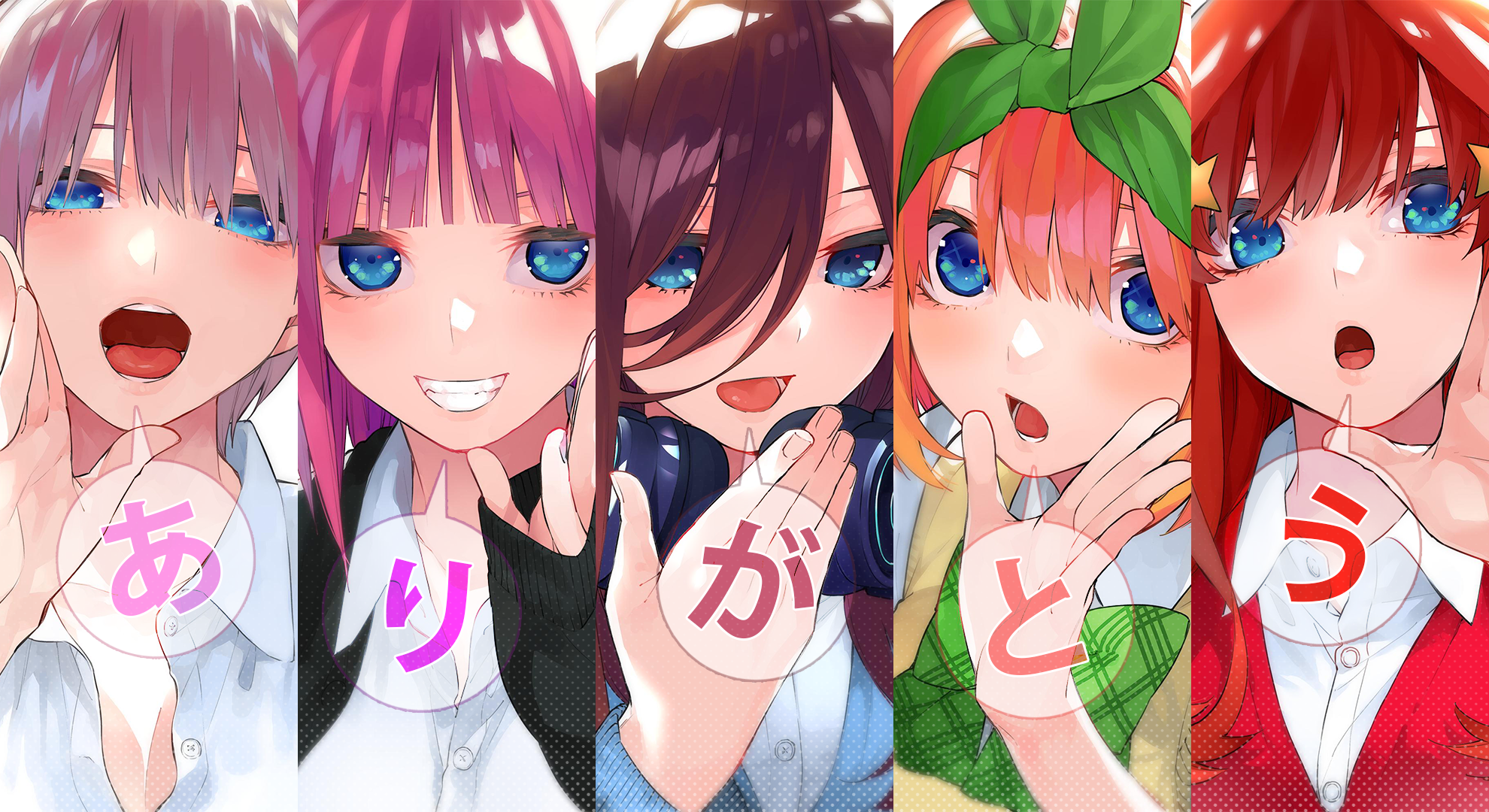 Well, if I were to tell you that, I would be spoiling a really well-made story for you about high-school kids in their adolescence doing adolescent things. It’s a really human story that hits the right amount of feels, funny, and emotional highs.

It’s going to be interesting to see how season 2 plays out. I personally have yet to read the manga, but have watched the anime when it aired here in Japan. I really enjoyed it and am anxiously awaiting October to come so I can start watching season 2.