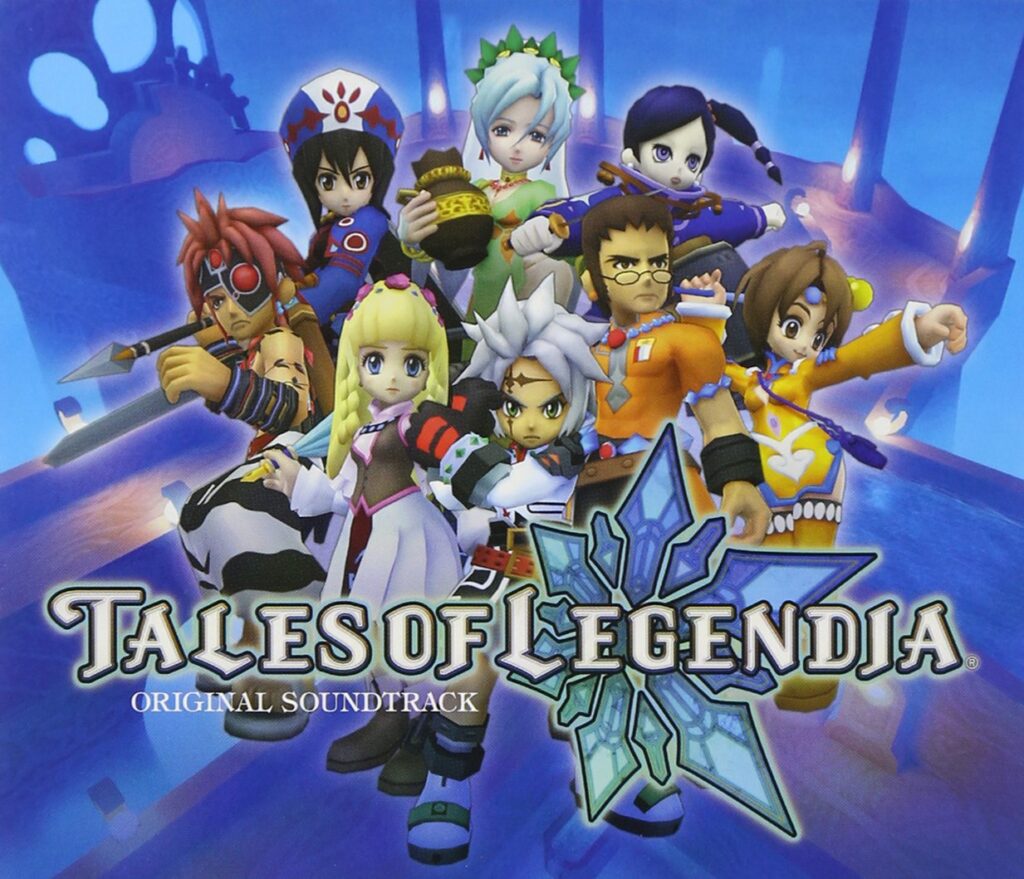 The Tales series has been a JRPG staple for the past 15 years, and with over 15 entries as of 2020, it’s no surprise why. Tales of Legendia is the seventh entry to this franchise. It was released in 2005 for the PlayStation 2, and it was released for North America in 2006.

What Is It About?

Tales of Legendia takes place on Legacy, a giant ship that’s the size of a country. The nomadic country is home to two races: the Ferines and the Orerines. The two races are in constant opposition to each other.

The Ferines are ocean dwellers. Prior to the events of the game, these people roamed their planet Shining Blue worshipping the will of the ocean, Nerifes, until the Orerines came to the planet. Some select Ferines have the potential to become Merines, people who fuse their consciousness with Legacy and act as Nerifes’ spokesperson. The arrival of the Orerines led to the deaths of many Ferines through the creation of land mass and eventual war between the two.

The game is very different from many JRPGs as it has two parts: the main story and the character story. The main story is the typical ‘prevent the apocalypse with friendship’ story. In this case, the protagonist, Senel must rescue his sister, Shirley from a group of people who believe she is the reincarnation of Nerifes and intend to use her to end the world. 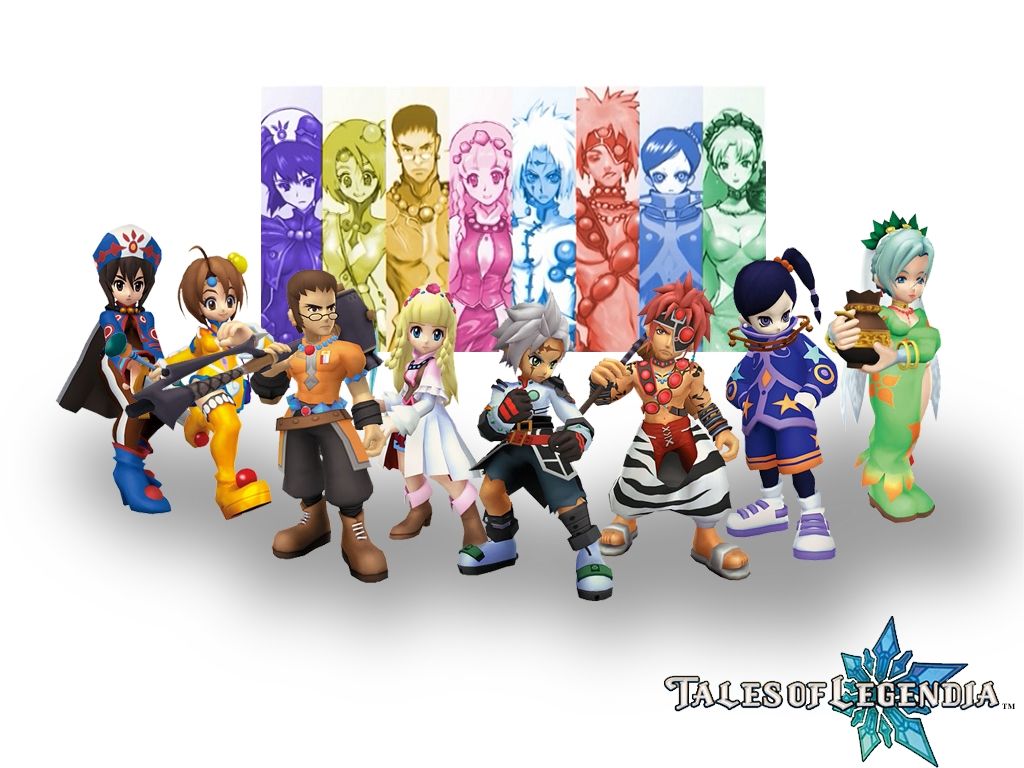 Every game needs its main characters to carry the game. In true JRPG fashion, there are 8 party members, but players can only have four players in a party. In true Tales fashion, the characters offer players with a memorable cast that grows on players throughout the game.

Senel is the protagonist of the game, and prior to the start of the game, he was a war orphan. At the age of 12, Senel was tasked with infiltrating a village to capture Merines, but upon seeing how peaceful they were, he decided to abandon his mission and began living amongst them. Senel is hot headed at the beginning of the game and always instigates fights amongst friends and foes. By the end of the game, he’s more level-headed and is a lot nicer to his friends.

Shirley is the main female character in the game, and she was one of the Merines that Senel was supposed to capture. Senel and Shirley are very close and share a strong bond as Shirley is the only character who can quell Senel’s rage. Shirley does come across as quiet, but she’s incredibly stubborn and determined.

Will is the first character Senel recruits into his party. Will isn’t very fond of Senel at the beginning, but he sticks around because he knows Senel isn’t a bad guy. As the oldest member of the party, he takes on a fatherly role and doesn’t hesitate to scold the members for goofing off when it’s unnecessary.

Chloe is a knight who joins Senel’s party after learning that he’s on his way to save Shirley. Chloe takes her role as a knight very seriously and abides by her own chivalrous code. This, combined with Chloe’s one track mind, leads Chloe into a few sticky situations but always manages to get through it.

Norma meets the group in a forest as she’s being chased by a ‘Crystarantula’; the group saves her, and she decides to stick with the group. Norma’s a very talkative character, and she often makes herself the butt of jokes to get the group laughing. On top of that, Norma seems to have some form of narcolepsy since she tends to fall asleep at the most inappropriate times.

Moses’s introduction to the party is a sour one as he kidnaps Shirley. However, when she is kidnapped from him, he joins the party to save her. Moses is also the leader of a bandit group who he sees as his family and will not hesitate to lay down his life to protect them.

Jay’s quite a prankster, and when he meets Senel, he somehow manages to make him the center of a fight before Jay escapes and leaves Senel to deal with the aftermath. When Jay joins the party, he proves to be the most knowledgeable person about Legacy due to his skill in recon. While he was pretty standoffish to the party at first, Jay loosens up but his sarcastic remarks and practical jokes do irk the party.

Grune is an amnesiac woman the party adopted after they found her sleeping in ruins. As a result of her amnesia, Grune is one of the scarier members of the party due to her bold and clueless actions. However, it’s really hard for anyone to hate her due to her easygoing nature and overall warmth.

The gameplay is pretty simple; it plays on an open-world map where players are sent into randomized battles. This is different from the game’s usual pattern of having the enemies on the map. This didn’t cause a lot of problems for players, but the battle mechanics did.

In battle, players can control one character, while the other 3 are controlled by an AI. Of course, AI’s aren’t the best at times, but they weren’t the main issue with this game. The main issue was the overall battle.

The overall battles were too oversimplified since players only had to rush at the enemy in a line and hit it until it died. This was done so that the developers could put in giant creatures and not worry about them blocking the screen. Since developers went in that direction, it would’ve made sense to turn it into a turn based battle system instead, but instead players got a rather lackluster battle system with huge monsters.

The story progression is rather slow; the game clocks in at 70 hours, and that is not including the character story. This makes it one of the weaker games in terms of gameplay and plot, but once the story picks up, it sucks in players into it.

However, the game also does lose a lot of players early on due to its agonizingly slow pace and its forced replay value if they want to learn about the characters. This game is definitely for those who can power through the game’s slow beginning to see the story unfold.

Tales of Legendia is available on PS2 and PSN.