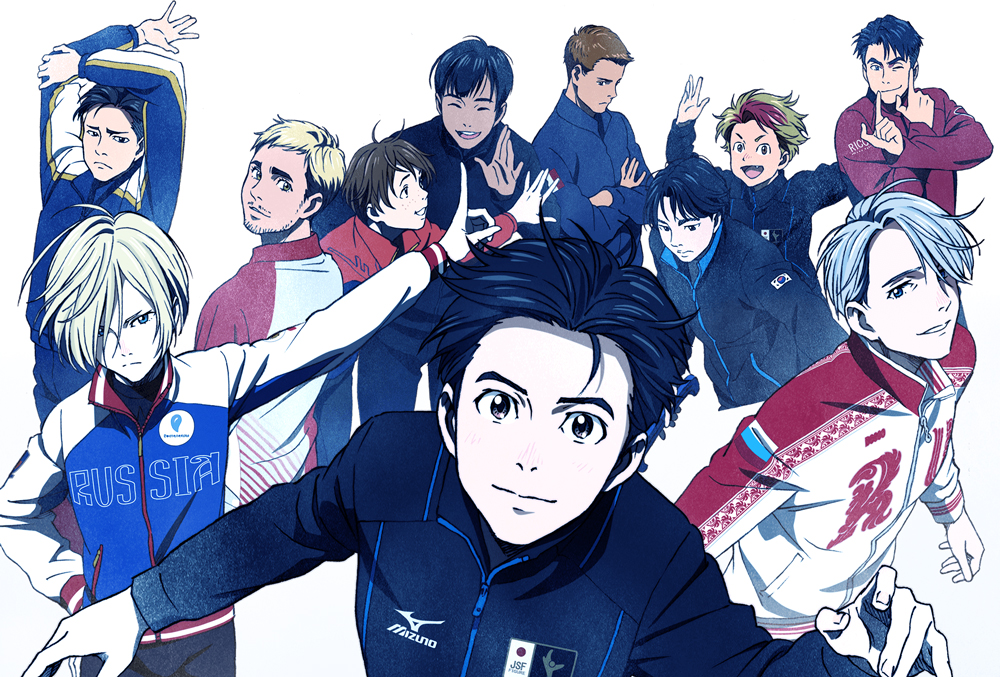 Yuri!!! on ICE is a heart-warming sports anime that debuted and took the world by storm in 2016. The anime focuses on a group of male figure skaters training through the beginning of the competition season to see who has what it takes to land on the podium.

The series made waves internationally after its release, and even created parallel hype in the real-life figure skating world. It was produced by Studio MAPPA, which has brought us other fandom favorites like Zombieland Saga and the Kakegurui series. 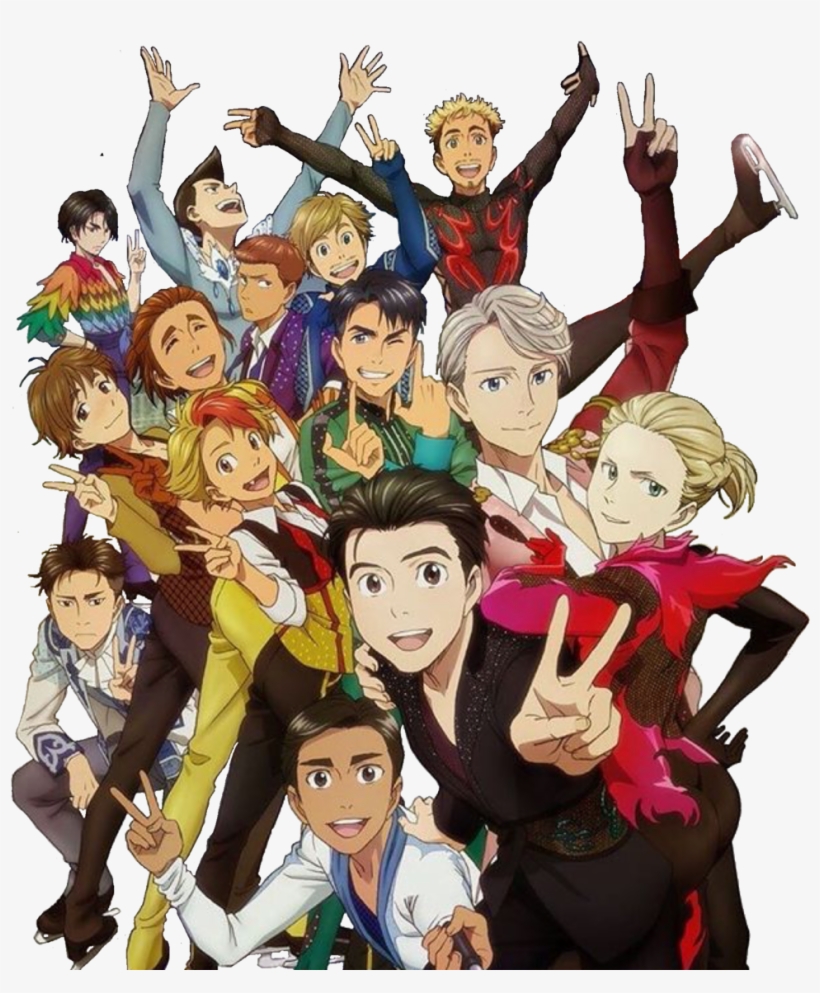 Director Sayo Yamamoto has worked on big-name titles like Death Note and Ergo Proxy, and has given multiple interviews about the fan following of Yuri!!! on ICE. In fact, her work has received quite a fan following itself. (You know the Persona 5 opening where all the characters are doing figure skating spins? That was totally her too!)

In an interview with us back in 2017, Sayo Yamamoto talks about her inspiration for making a figure skating anime and the effect it had on the world.

‘What I always wanted to do was recreate and depict the stories of the top class skaters in each season’s final competitions. So it was kind of inevitable that the setting would take place on a global scale.’

She went on to talk about what it was like to see just how widespread the affections of her fans of the series have gone to.

‘I went to the Figure Skating Championships which was held in the Czech Republic this past January and happened to see a spectator in cosplay. They were minding their own business, but I saw them in the hallways dressed like Victor. I accidentally yelled out ‘Wow! It’s Victor!’’

The saga begins with Yuuri’s humiliating loss at the Grand Prix Final, an international competition that features six athletes who have had to win their admittance to the event through high scores at the previous smaller Grand Prix events.

A bitter Yurio establishes his grievance with Yuuri’s failure at the event after it is finished. After Yuuri’s loss, he returns home to Japan, unsure of whether he has a future in the sport or not.

Through a course of events, Victor becomes Yuuri’s coach, much to the envy of Yurio. Along the way, the three decorated figure skaters get to know their competitors, routines, and themselves better than before. The trio is able to learn about how to push their bodies, and their hearts, in ways they never dreamed possible to win a coveted spot on the Grand Prix Final podium.

The animated series revolves around the international male competitors in the age-old classic sport of figure skating. More specifically, the main characters we see and are able to see through the eyes to this very specific worldview of are:

Yuuri Katsuki – A Japanese skater seeking inspiration who may have already peaked as an athlete and passed his prime.

Yuri ‘Yurio’ Plisetsky – An up-and-coming Russian skater who is debuting on the senior circuit for the first time this year. 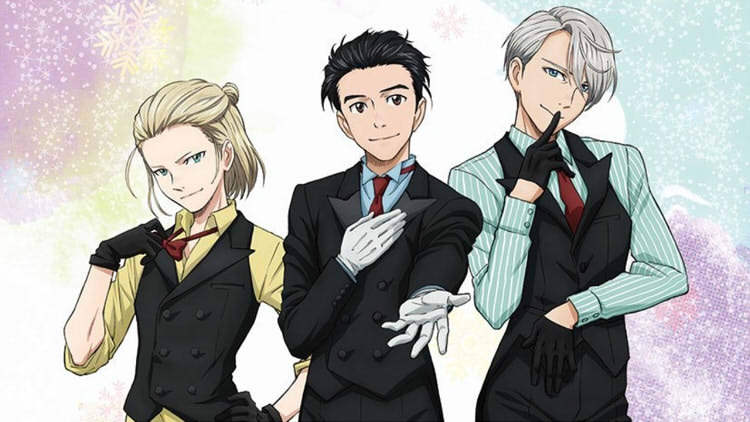 Additional Yuri!!! on ICE characters are:

Phichit Chulanont- Phichit is from Thailand. Thai figure skater. Phichit and Yuri used to be training partners at a rink in Detroit but moved to Bangkok to train for this season. Phichit is endearing, supportive, has great artistic expression, and always does his best.

Otabek Altin – Otabek is a figure skater from Kazakhstan. Otabek is the reigning World bronze medalist. He is extremely popular in Kazakhstan and is considered a national celebrity. (Based on the late figure skater Denis Ten.) Otabek is serious, sincere, and stylish.

Jean-Jacques Leroy- Jean-Jaques is a figure skater from Canada. His nickname is ‘J.J.’. He is extremely confident, hard-working, arrogant, and aggressive figure skater.

Christophe Giacometti – Chris is a figure skater from Switzerland. He is the reigning World silver medalist. He is extremely laid back, a sensual skater, and an affectionate person. 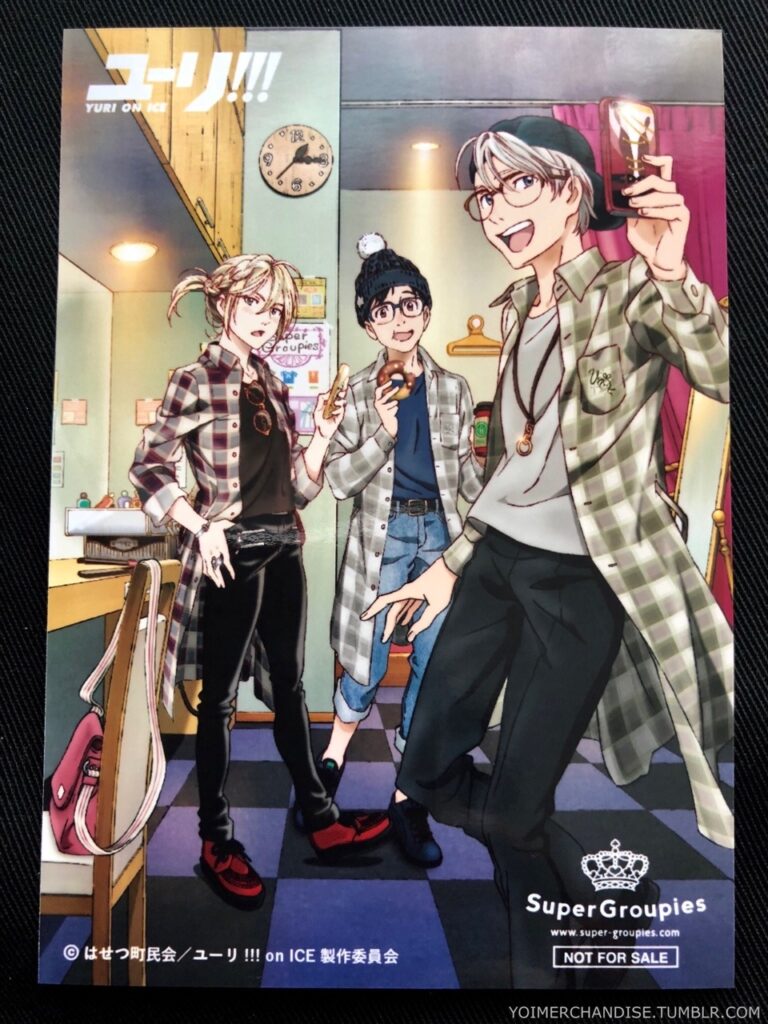 The world has known about the Yuri!!! on ICE film since all the way back in April 2017. The announcement was made at a screening in Chiba, Japan that featured seiyuu from the anime, as well as Mitsuro Kubo, one of the creators of Yuri!!! on ICE.

The movie will have the title Ice Adolescence, which will tell the tale of a young Victor Nikiforov during the beginning of his career. Mitsurou Kubo and Sayo Yamamoto will be returning for the production of this project.

When Sayo Yamamoto spoke with us in our previous interview, she recalled,

Yuri!!! on ICE: The Soundtrack

As expected, with a series that revolves heavily around an athlete’s interpretation of music being played, Yuri!!! on ICE: The Soundtrack is phenomenal.

The album has been uploaded under an official Spotify branded playlist. The playlist has everything, including seventy different songs.

The songs range from the soundtrack of the anime to the special ‘Yuri!!! on CONCERT’ album release featuring orchestral versions of each song. You can listen to the compilation here. 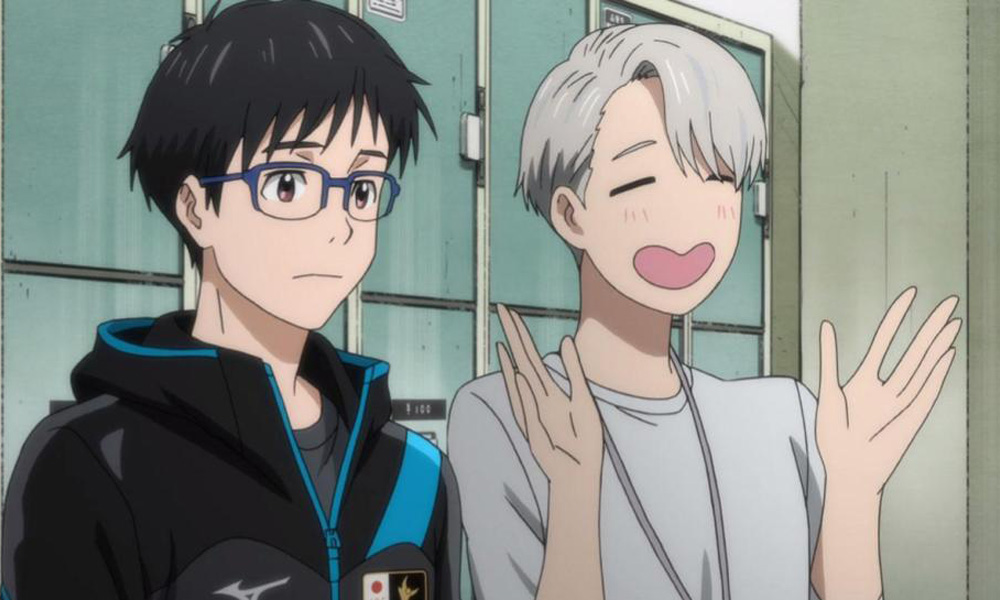 How Yuri!!! on ICE Rocked the Real-Life Figure Skating World

The show’s LGBT themes were a huge hit within the community of athletes. Two of the most famously open LGBT skaters Adam Rippon and Johnny Weir both posted about the series on Twitter. Johnny Weir went on to guest at Crunchyroll Expo during their 2017, 2018 and 2019 conventions because of the overwhelming fan support.

The hype even made it all the way to the following Olympic cycle. Ryuichi Kihara and Miu Suzaki, Japanese skaters competing in the Pairs division, skating their short program using the music that plays during Yuuri Katsuki’s free skate for their Olympics debut. Mitsurou Kubo personally thanked the duo on Twitter.

Olympic medal-winning, former world champion Russian skater Evgenia Medvedeva took the opportunity of Yuri!!! on ICE’s premiere to show the world that she was a massive anime fan. After cosplaying as Yuuri Katsuki on social media, while live-tweeting her reaction to the anime episodes, she further came forward about how deeply her love for anime goes. (She’s also a pretty big fan of Victor too.)

Medvedeva is an avid fan of magical girl anime as well, performing a routine to the Sailor Moon transformation sequence (with an on-ice costume change). She also participated in an ad campaign for Magia Record: Puella Magi Madoka Magica Gaiden alongside her friend and rival Alina Zagitova in matching Madoka and Homura inspired outfits.

Last, the late Olympic medal winner Denis Ten, who regularly posted the similarities between him and the animated character Otabek Altin, was a big fan of the show. He would go as far as to point out every clue that Otabek may be his animated counterpart. He noted that the two were both from Kazakhstan, looked similar, and they shared ownership of a Ted inspired teddy bear during similar shots in the ‘Kiss and Cry’ booth, for example.

Unfortunately, Denis Ten was murdered in his home country of Kazakhstan in 2018. After the news broke, Sayo Yamamoto tweeted out her condolences after his death. 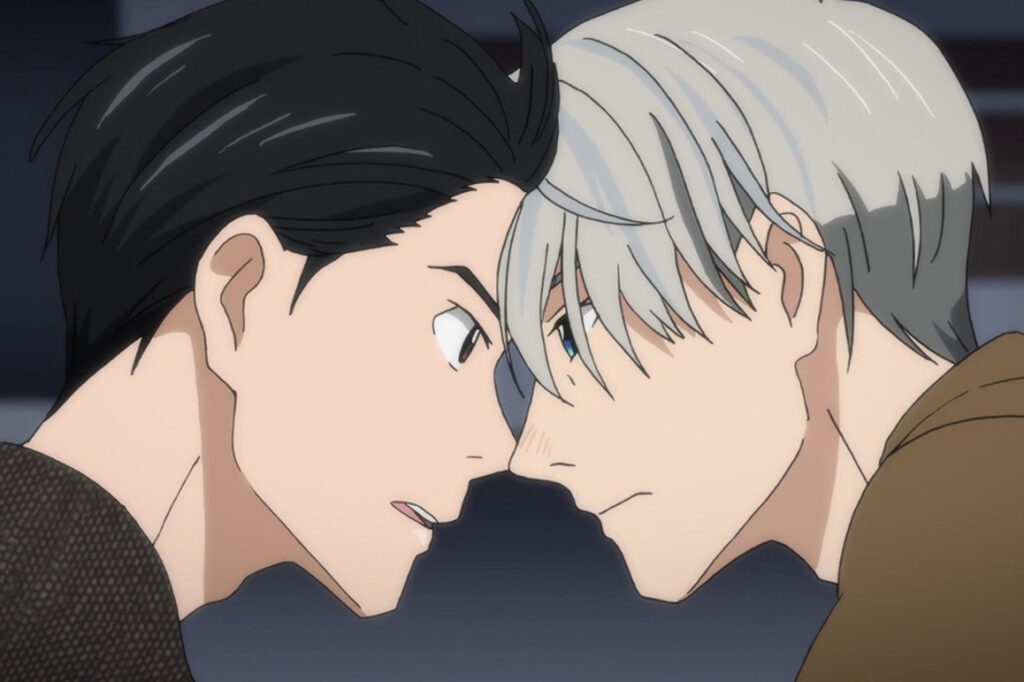 Yuri!!! on ICE’s Impact on Japan

Ooedo Onsen Monogatari, which is a famous onsen location in Japan, did a collaboration with Yuri!!! on ICE and made a fun fan event right in the middle of summer.

It had Yuri!!! on ICE themed meals (katsudon as one choice, obviously), Yuri!!! on ICE games, and the ability to shop for anime merch. The pop-up style event ran all the way until 20 August 2017.

Die-hard fans of the series were able to purchase acrylic figure stands, keychains, clear file-folders, pillows, and a scale.

Yuri!!! on ICE was on the cover of the December 2017 issue of Numero Tokyo as well. Numero Tokyo is a popular fashion and lifestyle magazine in Japan.

There are a plethora of places to stream the anime Yuri!!! on ICE. You can watch YOI on Amazon, Crunchyroll and Funimation’s website.