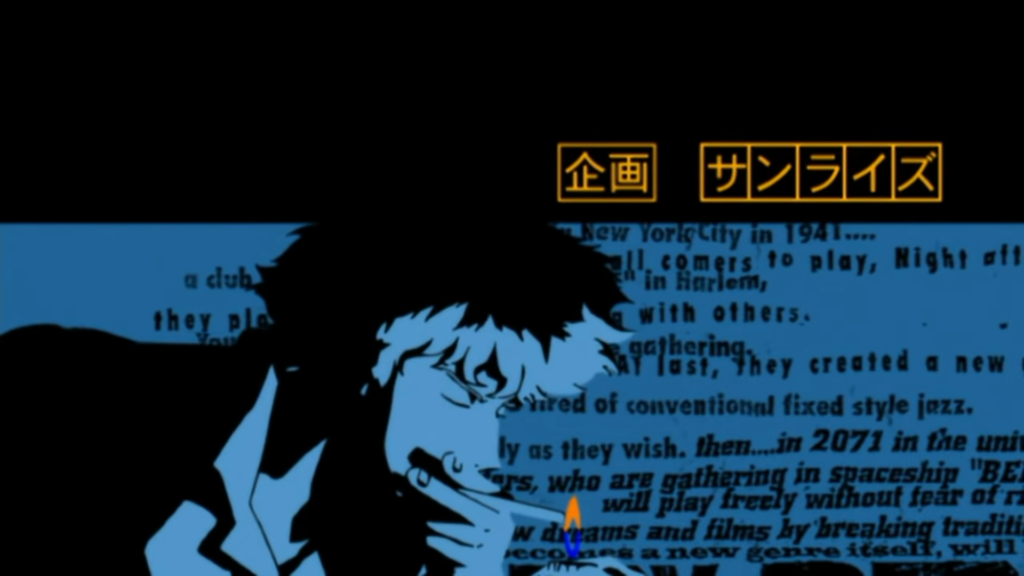 ‘Tank’, ‘Haruka Kanata’,‘A Cruel Angel’s Thesis’, these anime opening songs are tunes that stick in our hearts as long as we’re still alive and remain in our bones long after we pass. Anime openings are a big part of the anime experience, and no small part of the Japanese music industry. LiSA’s ‘Gurenge’ from Demon Slayer recently reached the milestone of being the third best selling digital single in Japan ever. Now, that’s a particularly popular song from a particular popular anime but Ansion is it’s own established genre at this point. When an enticing OP can make or break someone’s first impression for a series, you have to admit its a more important factor than we give it credit for. However, there’s always some debate whether its cool animation or a killer track that makes for a good opening.

Of course, it goes without saying that the best kind of anime opening has both awesome music and something unique or at least catchy about its visual presentation. ‘Both’ is the technically correct answer to the ‘what matters more, the song or the animation’ question. That said, it’s also something of a cop-out. No doubt the best singular anime opening might be something like Samurai Champloo’s ‘Battlecry’ or Gurren Lagann’s ‘Sorairo Days’; One is akin to short film all unto itself and the other perfectly captures the rowdy heartfelt essence of Gurren Lagann. Even in these cases where both the audio and visuals are up to snuff, we ask if it’s really a fifty-fifty situation? In real life it’s case by case, but for the sake of argument, we need an answer.

Let’s start with an anime opening that’s largely dependent on the visuals themselves. To this day, Bleach’s very fist opening ‘Asterisk’ remains a personal favorite but that’s largely because of how an evocative and creative 90 seconds it is. The song itself, performed by Anison veterans Orange Range, is a pretty good but ultimately standard version of the kind of rap-rock popular in early-mid 00s Japan. Opting for a very capital g-d Graphic Design approach instead of big-budget animation, it so accurately strikes at that cool factor inherent to the early days of Bleach that set it apart. That film shutter effect might be cheesy in other contexts but here, and in conjunction with the iconic spray paint shot, they ‘pop’.

Conversely, drawing from the same era and even the same type of music, Code Geass’s iconic first opening ‘Colors’  by fellow Anison legends Flow is opposite to ‘Asterisk’. The video here’s your standard assortment of characters standing in cool poses, a Geass specialty, and some establishing shots for contrast. The difference here though is, that Bleach opening has 1 million views and this Code Geass anime opening has 11 million views. Both are mid-2000s shows and as big as Code Geass was, Bleach’s prominence as a Shonen Jump Big 3 meant for more people watched it. Flow’s Color’s isn’t even all that different of a song than Asterisk, except it has that horrifically catchy, and fun to shout at karaoke, ‘JIBUN WOOOOO-‘ hook.

Going by the numbers alone, songs seem to determine what makes for a definitive anime opening more than their animations do. Even something as stellar looking as the infamous first opening to ‘Attack On Titan’ didn’t grab people as much as the epic chorus sing-along factor did. People aren’t interested in buying digital clips of their favorite anime openings because they probably wouldn’t watch them outside of the show frequently, yet digital song sales for Anison material remain high in Japan.  Numbers aren’t everything but the end of the day, we love caroling ‘cha la, head cha la’ more than we remember Goku on the nimbus cloud. Again though, with every individual opening, it remains case by case and the best of them usually strike out in both lanes.