What Makes Puzzle Bobble Stand Out? 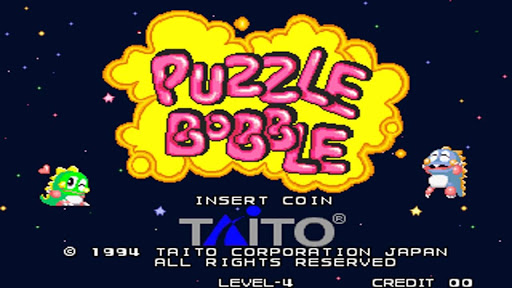 The Golden Age of Arcades shaped a generation of gamers, and it sometimes seems like the only games that matter are those from that era, but one game managed to stand out. Puzzle Bobble came around a decade after the end of that age, but that didn’t stop it from becoming a beloved game by the masses.

The series has been regarded as a timeless classic due to its simple gameplay, catchy music, and overall charm.

Before we can talk about Puzzle Bobble, we need to talk about Bubble Bobble.Taito Corporation released Bubble Bobble in 1986, which stars Bub and Bob, the twin dragon brothers who set off on a journey to rescue their girlfriends from the grasps of Baron Von Blubba and the Cave of Monsters.

In the game, players must climb through stages and fight enemies by blowing bubbles that trapped them and then popping them in order to get through the stages.

The bubbles, the puzzle component, and the brothers were taken from this game and transferred into the game we know as Puzzle Bobble. Puzzle Bobble or Bust a Move in North America, was released in 1994 in an arcade format, and the game became an instant success. To this day, fans of the series rave about how fun it is. 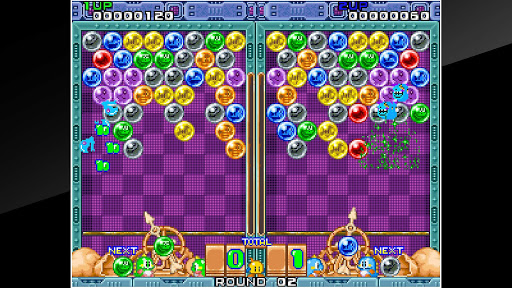 This puzzle game has a certain charm that makes it distinguishable. The dragons, Bob and Bub, are the main mascots of the series and definitely help in making the game stand out with their cute appearances. However, the game’s true charms shine through its gameplay and its catchy music.

The bubbles are loaded into the shooter at random, so players have to maneuver them around for the best outcome.

While no bubbles are added throughout the level, players are timed to clear each level. If the players beat the level within a minute, they gain a hefty bonus. Of course, this isn’t always doable. As time progresses, the ceiling lowers, which shifts the bubbles down.

This gives players less space to maneuver their bubble shooter. When the bubbles reach the bottom of the screen, it’s game over.

The game can have up to two players, and the format of the game doesn’t change in this mode.

When a second player is added, the screen splits and Bob, the blue dragon, appears; player one is always the green dragon, Bub. In the two-player mode, the game becomes competitive.

Whenever one player bursts a cluster, the opposing player gets a cluster of bubbles added to their side.

This continues until a player clears their side of the screen or if their bubbles reach the bottom of the screen. It just adds insult to injury, but it pushes the competitive spirit and encourages players to get good.

The game has a few tracks, but its most notable song is the song that plays in all the levels. Let’s Go to Pao Pao Island, is an iconic theme and everyone who went to their local laundromat or an arcade has heard this song at least once in their life.

The calypso inspired song has had players bobbing their heads to the calming beat, but it also had them panicking when the song sped up, indicating that players are running out of time on the level.

Due to the game’s simple gameplay mechanics, it’s pretty easy to mimic, so there are so many games out there that mimic its mechanics. Some examples of this are Zuma, Lost Bubble, and Bubble Match: Bubble Shooter. While the games aren’t perfect copies of the game, the games still have the gameplay mechanics that made the original game popular. 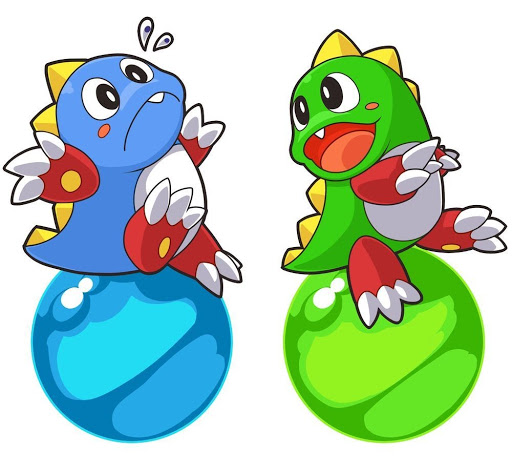 Did the Series Get Sequel Games?

Yes! The Puzzle Bobble series has had 14 entries since its initial release in 1994. The game, much like other arcade games from the ’90s, has been reformatted to fit the newer game consoles. This included creating new games or reworking the original game to mesh with the different systems.

Its most recent reworked game, Bust-a-Move Universe, was released in 2011 for the Nintendo 3DS. While it’s been about 10 years since a new game came out, fans rejoiced in late 2018 and early 2019 when the original game and the first sequel game were made available on the Nintendo Switch store in their original formats. The first Puzzle Bobble is also available on the PlayStation store.

If you’re looking for a nostalgia trip, check it out!