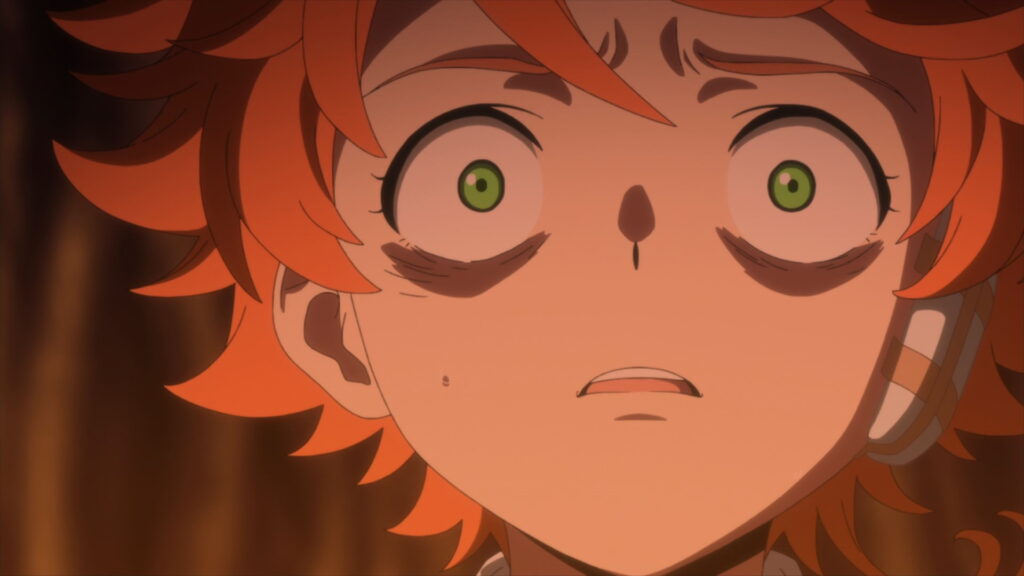 How could anything really go wrong for The Promised Neverland season 2? It’s adapting a best-selling Weekly Shonen Jump manga, following up on a very well-received first season, and producing mountains of merchandise in the process. There’s absolutely zero chance it wouldn’t get renewed for a third, or even fourth season. With this in mind, the question is: why would the team over at CloverWorks decide to so radically alter the original structure and content of the manga?

Massive spoilers for The Promised Neverland season 2 up until episode 5 ahead.

This transformative approach didn’t really become apparent until the second half of episode four, and was eventually confirmed in a big way by the entirety of episode five. Episodes one and two do adapt the Promised Forest arc relatively quickly, but this works surprisingly well; episode three then leads into what appears to be the Search for Minerva arc, but this is quickly cut across in episode four when pursuers from Grace Field House infiltrate the bunker. Similarly, this appears to be taken from the Cuvitidala arc, but the key character of Andrew is not present.

In any case, by the time we end up at episode five (the latest episode of The Promised Neverland season 2 as of the time of writing) we’re firmly into content from the King of Paradise arc, alongside a whole host of other anime-original content.

The net result of all of this is that The Promised Neverland season 2 has skipped almost a third of the original manga. Even when it does adapt it, it only adapts some of it, and whole arcs, such as the Goldy Pond Battle arc, are left on the cutting room floor.

For a Weekly Shonen Jump adaptation, this is very unusual. Given that the magazine has such a large audience, studios don’t tend to feel the need to compress or skip story for fear of not getting another season: this would be the equivalent of Studio MAPPA skipping the Goodwill Event arc of Jujutsu Kaisen to get to the Shibuya Incident. In fact, it’s hard to even think of the last time that a Jump manga got this sort of adaptational treatment.

The big question is, therefore, why? Goldy Pond is a beloved story arc that introduces no small amount of characters and was arguably the series’ last great narrative before settling into a long-term decline. The amount of rage and anger floating around The Promised Neverland fan community right now is palpable, so this merits an explanation.

Why Would The Promised Neverland Season 2 Skip Goldy Pond?

The first reason for this could be that the Goldy Pond arc is, ultimately, quite inconsequential to the overall narrative. Although it does introduce such iconic characters as ‘Mister’ and Grand Duke Leuven, it doesn’t really advance the overall search for Minerva or Emma’s objective of finding a way to the human world.

It also sees Emma and Ray being separated from the rest of the Grace Field escapees to go on a solo adventure with a new cast of characters. If adapted as is, there is an argument to be made that it could undermine the focus of The Promised Neverland season 2 somewhat, especially with only 11 episodes to spare.

Nevertheless, the answer in this case should’ve been to trim down or compress the arc (as was done with previous episodes) instead of skipping it outright. Even better, the studio could’ve asked for more episodes or at least secured a season three timeframe relatively sooner after: that being said, we don’t know the circumstances behind the production, nor how much the delay due to COVID-19 affected the proceedings. 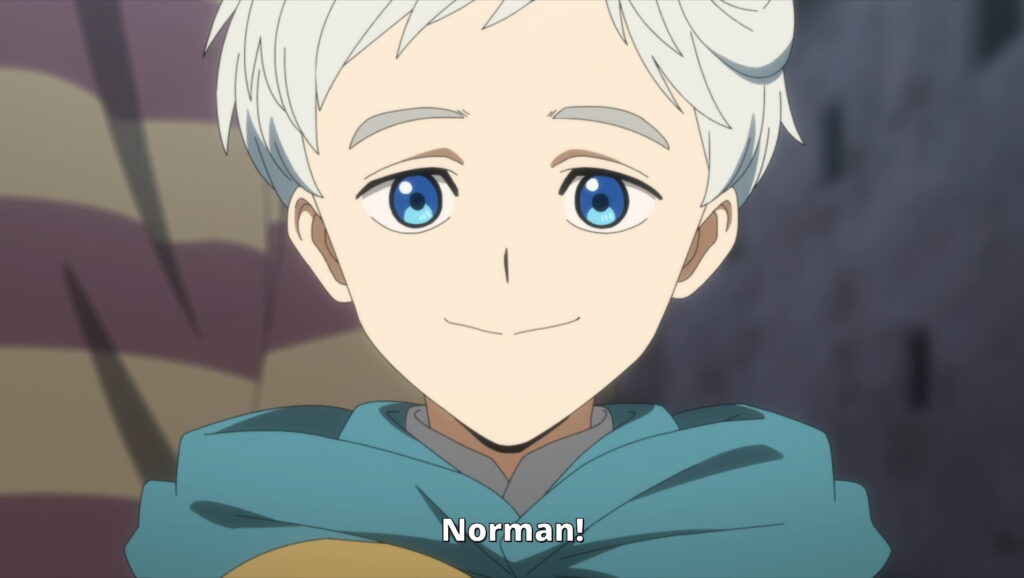 The more likely reason behind The Promised Neverland season 2 skipping Goldy Pond is that the producers wanted to get to Norman’s reintroduction faster. In the manga, this happened after years of weekly serialization and would not likely crop up until the end of a third season, or perhaps even the beginning of a fourth. As a result, Norman’s early reappearance at the end of episode 5 (pictured above) lends strong credence to the idea that CloverWorks were worried about such a popular character not appearing for a while, perhaps even not for several years.

Even so, there are several problems with this.

First, the fact that we had to wait so long in the original manga until we met Norman again was precisely the reason why it was so impactful, even if his characterization after the fact was spotty at best. By rushing to this dramatic reveal, CloverWorks have robbed it of all of its emotional impact, and completely destroyed any chance of the skipped arcs coming back. Goldy Pond can’t take place in a world where Emma knows Norman is still alive.

If CloverWorks wanted to reassure audiences that Norman would be coming back, then this ironically could’ve been achieved by actually adapting the scenes from the original Search for Minerva arc that do just this! (See right.) Instead, the studio has adopted a scorched earth approach, racing through the source material in search of superficial gains. It’s a mess.

The elephant in the room, of course, is the fact that Kaiu Shirai is involved with the production and apparently contributed to the script. We don’t know if he was behind these changes, of if he actually approved them, but if he did, then we could be looking here at a situation very similar to Tokyo Ghoul Root A: one where the original creator pushed for changes, arguably ruining his own story in the process!

It remains to be seen whether The Promised Neverland season 2 can claw itself back from the abyss, or if it will go down as one of the worst Weekly Shonen Jump adaptations in recent memory. Certainly, based on the first five episodes, I’m leaning towards the latter.

You can watch The Promised Neverland season 2 as it airs via Funimation. I wouldn’t recommend it.