What Went Wrong With Akame ga Kill’s Gimmick and Season 2? 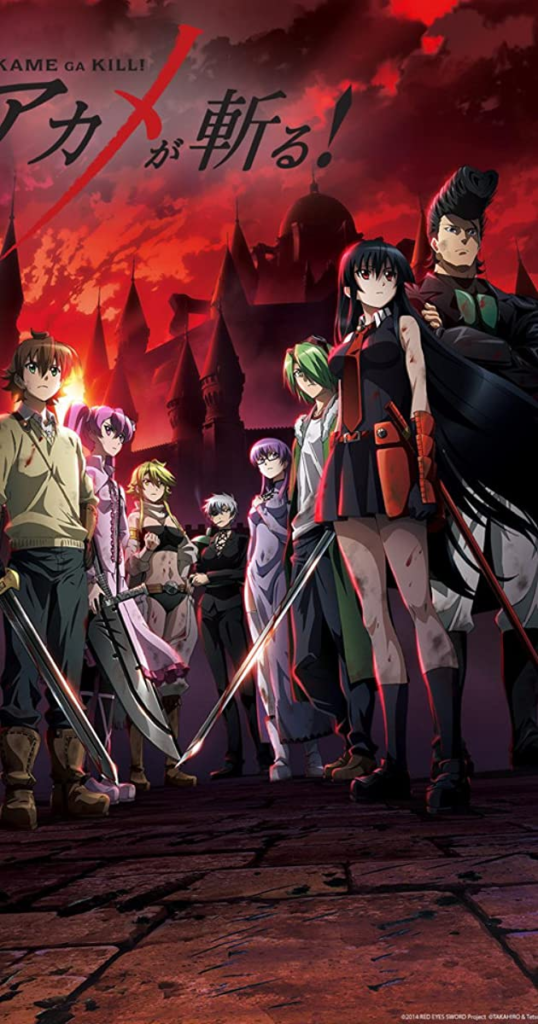 This should go without saying, but I think ‘junk food’ is great. And I’m not talking soda and sweets. I’m talking mindless shows and trashy shows and everything in-between.

As much as I love a good story, there’s nothing wrong with liking things simply because they’re cool and/or visually stimulating. However, I have a problem with TV series that try to be something they’re not. A show can be a spectacle with or without ‘deep’ themes, but either way, a show should own its flaws and work with its strengths.

There are a rare few that manage to balance different genres, tones, and overall pacing, but unfortunately, the dark fantasy anime Akame ga Kill! isn’t one of them.

Don’t get me wrong, I think the show’s gimmick is a lot of fun. Like most shounen, there are colorful characters, legendary weapons, and large-scale showdowns between good and evil abound.

The thing is, Akame ga Kill! is so thoroughly grounded in its gimmick, all the while trying to shoehorn in a theme of moral grayness.

It also doesn’t help that the anime, like most anime adaptations, didn’t have a complete manga to work with during production. So, what do you get when you have to release an anime about corruption without ample source material? Let’s talk about it. 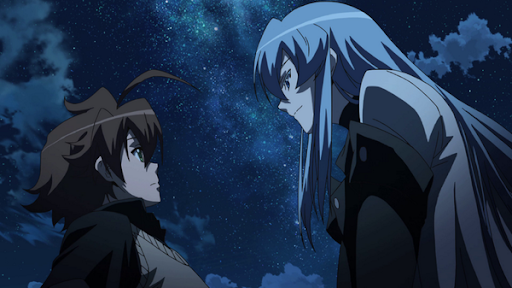 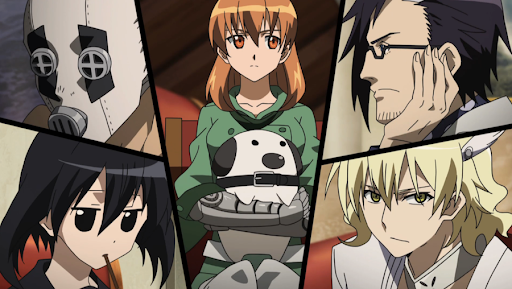 What Is Akame ga Kill!?

Upon its conclusion, the anime and original manga spawned both a prequel and sequel manga in Akame ga Kill! Zero (2013-2019) and Hinowa ga Crush! (2017-ongoing).

The story follows a young man named Tatsumi who leaves his village with two friends to seek fortune and glory in the Capital. Though he gets more than he bargained for as the trio is forced apart and he quickly witnesses the seedy underbelly of the city for himself.

While taking refuge with a family of nobles, Tatsumi learns that his friends were taken by the very same people and tortured during their separation. The family is slaughtered by an assassin group called ‘Night Raid’ (of a larger Revolutionary Army) that decide to accept Tatsumi as a fellow assassin-in-training.

The team proceeds to complete hits and investigations with their select Teigu (‘Imperial Arms’ forged from Danger Beasts years before Akame ga Kill!’s timeline) gaining and losing members along the way, as they take their fight closer to the heart of the Empire.

However, there are a few characters I still feel the need to introduce…

Tatsumi is your typical shounen protagonist who, at the very least, has a little more edge to him without going full edgy as well as an explanation for his combat prowess.

Tatsumi is a determined and kind teenager with practical sensibilities due to him wanting to support his village above all else. To no one’s surprise, he comes to care for his new allies and even sacrifices his life to ensure the success of their final mission.

Ah, Akame. The titular heroine. We don’t get nearly enough of her, in my opinion.

Akame may be Night Raid’s deadliest member, but her cold demeanor belies a troubled girl who loves her teammates to death. It is her checkered past with the Capital that acts as the crux of her own story (as well as that of her estranged sister Kurome), a past that gets fleshed out in the prequel manga Akame ga Kill! Zero.

And last but certainly not least, is Esdeath, the Empire’s most notorious general. Esdeath is a ruthless woman with domain over ice who only cares for strength. She also becomes enamored with Tatsumi during a tournament, but that’s another story. In her efforts to corral Night Raid, Esdeath forms her own Teigu-wielding team called the ‘Jaegers’ with mixed results as both sides suffer losses. 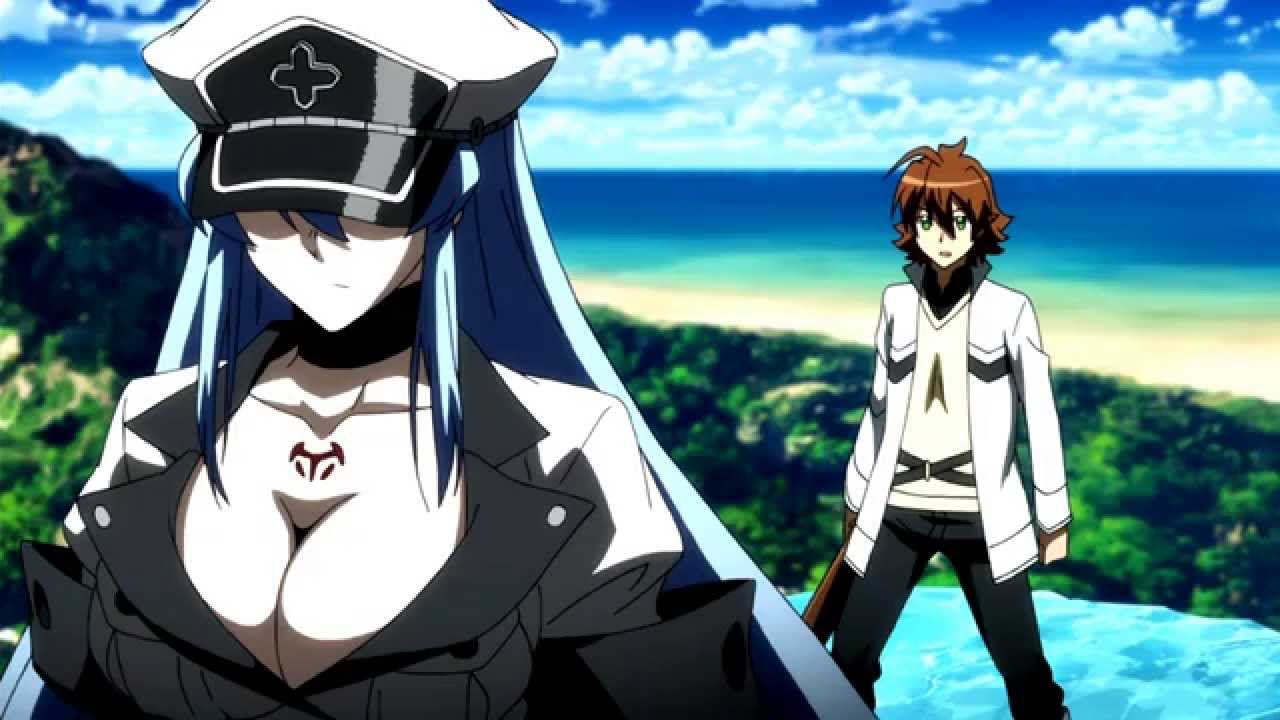 Again, I’d like to mention that I like Akame ga Kill! just fine. Akame ga Kill! suffers no shortage of fast-paced fights and solid ideas, but it does suffer from a serious tone problem.

By the end of Episode 1, we are exposed to the evils of the Capital’s rich and powerful with our protagonist getting a bittersweet final moment with a dying friend…only for him to be swept away by Night Raid as triumphant music swells in the background.

Tatsumi begs to give his two slain friends a proper burial, but his cries are ignored. And this is supposed to be played as funny.

I think Night Raid explains it best in Episode 2 when Tatsumi excitedly calls its members the ‘good guys.’ In response, the group reiterates that ‘assassins are still assassins’ no matter how you spin it. And to that I say, it’s one thing to ‘talk the talk’ and another to ‘walk the walk.’

The show loves to frame Night Raid as morally gray when the enemies that stand in the way of the Empire’s peace are much, much worse.

Sure, Night Raid operates on killing, Night Raid requires payment for their services, but how else is an underground group of freedom fighters supposed to operate? This isn’t any different from what mercenaries set in a fantasy setting would do.

Even viewers with zero context can easily deduce which characters are evil and which aren’t by design alone. The main antagonist is a portly Prime Minister with a perpetual Cheshire Cat grin named Honest for subtlety’s sake.

In other words, the good guys get to be attractive and fake ‘gray’ while the villains are nothing less than sub-human.

Even the dark fantasy Tokyo Ghoul, which I consider the superior show about humanity, morality, and internalized violence, runs into the same problem where antagonists such as Kureo Mado and Juuzou Suzuya cross the line into detestable territory rather than remaining sympathetic.

However, the exceptions to this rule in Akame ga Kill! are General Esdeath and her Jaegers.

And yes, they’re all attractive.

Well, I can’t say for certain that the incineration Jaeger Bols is attractive considering he wears a mask, but he does have a beautiful wife and child who are built up for the sole sake of making the entire family’s deaths (the latter are killed in the manga, but survive in the show) more uncomfortable.

Esdeath is my favorite of the Jaegers, and probably my favorite character overall, due to her ruthless nature and unflinching views on power. She was brought up in a village with the mantra that those who are meant to survive will survive no matter the circumstances or odds. With that said, she has no incentive to change the Empire’s corrupt system.

Despite an unnecessary subplot in which Esdeath wishes to ‘fall in love’ and settles for Tatsumi, I do appreciate how their short-lived romance showcases her resolve.

I’ve always seen her affections as those of a pet owner rather than genuine love as she opposes Night Raid to the end.

On the other hand, there’s Jaeger Seryu whose cute appearance belies a twisted sense of justice and unstable mind. To be frank, her ‘justified’ kills made her my least favorite.

But even then, most of the Jaegers pulled off being morally gray better than Night Raid.

Speaking of which, there are way too many disposable characters and kills, even for a show with an assassin’s namesake. 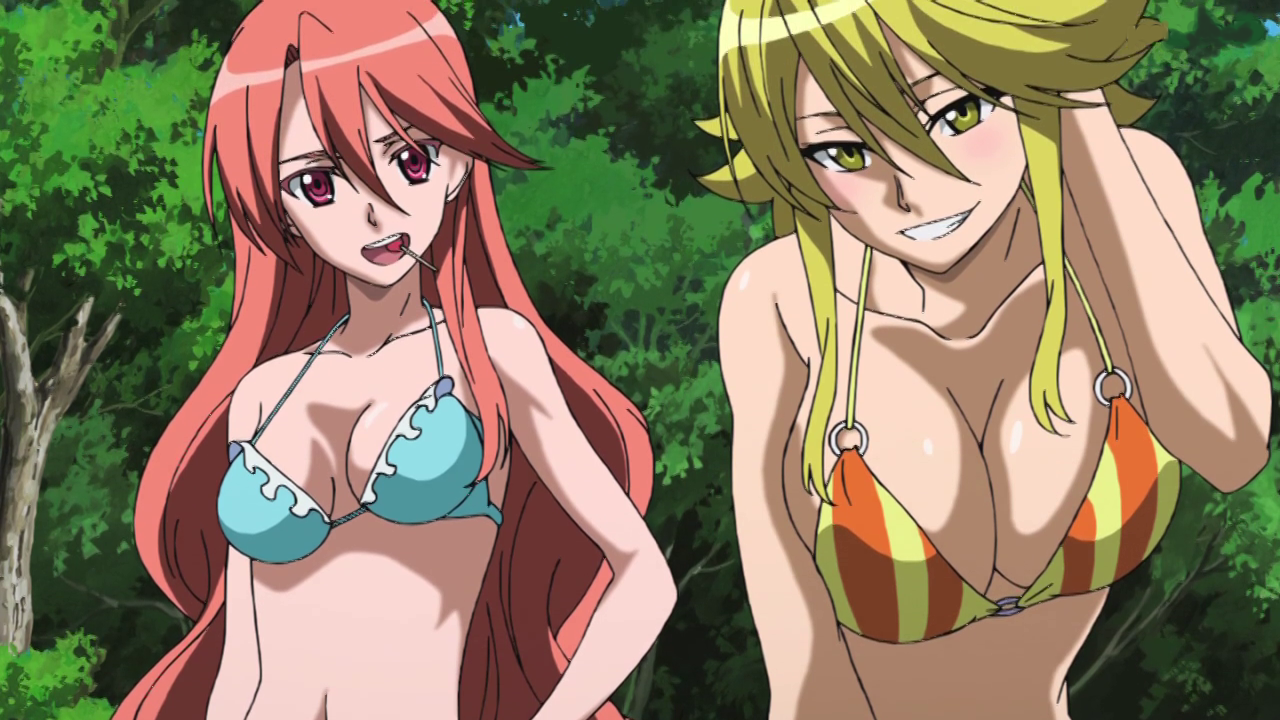 A show carries as much weight as its cast allows, but when you have numerous players on a stage, the stage is going to feel some strain.

Akame ga Kill! is a TV series that relies on the emotional impact of its deaths and fails to do so due to lack of investment. The amount of time devoted to character development has to be distributed properly, so viewers care enough for the members of Night Raid prior to their deaths…and that connection just isn’t there.

I think the gentle and manly Bulat’s sacrifice for the sake of Tatsumi may have been the only one to truly hit a chord with me, and that was because it was given time to stew.

Which is a darn shame because the heroes and villains that made the anime’s cut have a fair share of appeal.

The character designs and powers on display are pretty out there in terms of spanning different genres, and yet, they don’t feel as if they don’t belong in the same world.

I appreciate the fact that Akame and Tatsumi don’t end up together.

I love the tense music and vocals that enhance every Teigu-fueled fight scene.

In comparison to the Akame ga Kill! anime, the original manga manages to be both less and more gratuitous in terms of shocking twists and turns. However, there are less kills overall and the ending makes a lot more sense for the characters still in play.

As the anime stands, the ending comes off as a Puella Magi Madoka Magica rip-off.

Unfortunately, this particular adaptation is self-contained, so I don’t anticipate a Season 2 on the horizon.

But with luck, maybe this or either of the other two Akame-related stories will be on the table for a reboot.