Batter Up! What You Have to Know About Diamond no Ace 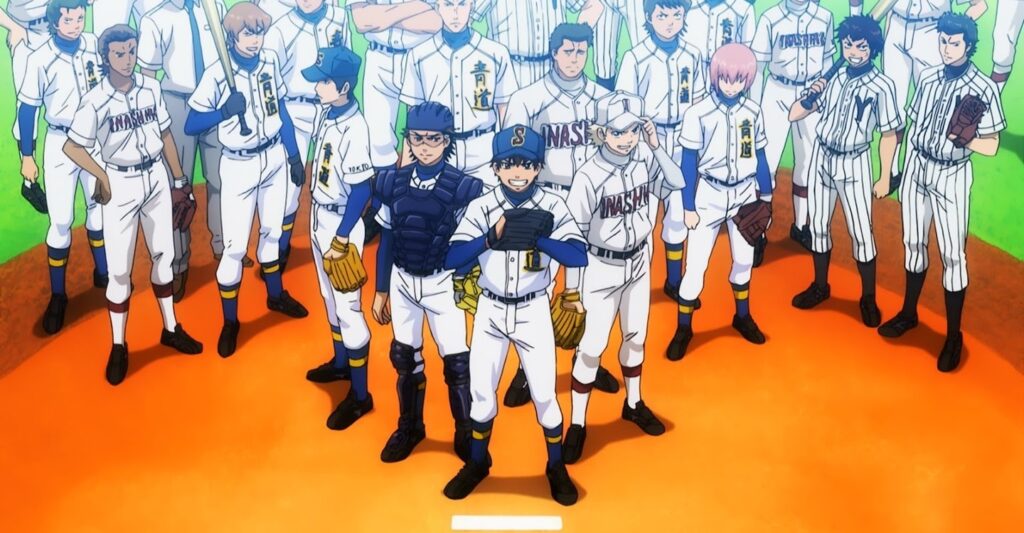 Sports anime is quite popular among fans of sports and non-fans alike due to its wide range of storytelling revolving around the sport. In recent years, we’ve had shonen insanity with Kuroko no Basket, wholesome intense realism through Haikyuu!, and an homage to ice skating through Yuri on Ice. Diamond no Ace (Ace of Diamond) also falls under this umbrella of intense sports storytelling.

Prior to the beginning of the series, Sawamura Eijun was the captain of his middle school’s baseball team. They did not have a lot of wins, but Sawamura’s fighting spirit captured the attention of a scout from a prestigious baseball school, Seidou High. However, Sawamura feels like he should stay with his friends, but his friends encourage him to pursue his dreams.

Sawamura enrolls and continues his journey to become an amazing baseball player. In his time at Seidou, Sawamura meets new teammates, rivals, and a series of obstacles that push him to improve his skills. Due to his hot-headed and obnoxious nature, problems tend to follow him. 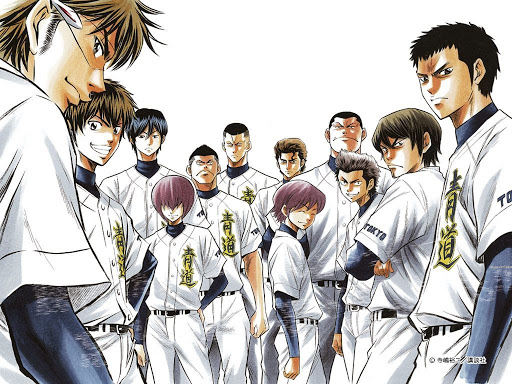 Yuji Terajima’s manga began in 2006 and was published in Weekly Shonen Magazine. The original run of the manga ended in 2015. Terajima then began writing the sequel series a month after the first part ended. The sequel series is still called Diamond no Ace.

Act one of the manga is 417 chapters that show Sawamura’s entire first year of high school. After accepting a scholarship to Seidou High, Sawamura meets his more talented and skilled teammates. Each one of them is serious about the game and fights to be on the team’s starting lineup.

Not only does Sawamura want to be on the lineup, but he also wants to be known as the ace. His fellow first year, Satoru Furuya, is also determined to become the team’s ace. This sparks the rivalry between the two.

The part of the manga shows their first training camp with a few other schools, where Sawamura does not play until the fifth day due to his lack of experience. However, he does not get to play in the final game of the camp.

The Fall Tournament follows the team as they struggle through the first three rounds before reaching the quarterfinals. In the quarterfinals, Sawamura’s hard work begins to pay off and is acknowledged by his teammates. The team then pushes through the semifinals and into the final game of the tournament. This closes out Sawamura’s first year at Seidou.

The sequel, act two, is about Sawamura’s second year at Seidou. It is currently at 201 chapters. It is published in Weekly Shonen Magazine.

Right off the bat of Sawamura’s second year, we’re thrown into the Spring Koshien. The team makes it to the third round of the tournament. They are outmatched and are sent home after the third game.

Immediately after, the Spring Tournament begins. Due to their performance in the Fall Tournament, they begin in the third round. The team fights their way into the semi-finals and is eliminated. Frustrated, the team takes the time to better themselves to come back stronger than ever.

The team goes on a Golden Week training camp where they play four other schools. During this time, the team’s skills develop further. The Summer Regional Tournament begins shortly after Golden Week and packs a surprise of its own. 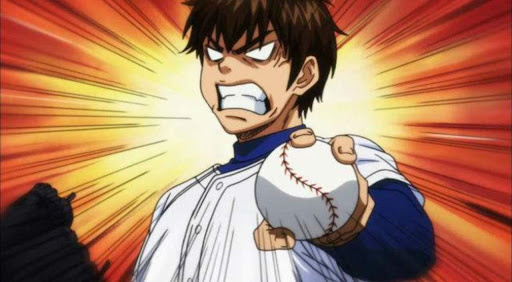 The anime follows the manga, so it makes no difference if you read it or watch it. The first two seasons follow Act One, and the third season adapts what we have so far of Act Two.

Season 4 of the series is rumored to be released in April 2021. However, it is unclear if it will be a filler season or not. If you’re interested in watching Diamond no Ace, you can watch it for free on Crunchyroll and VRV.