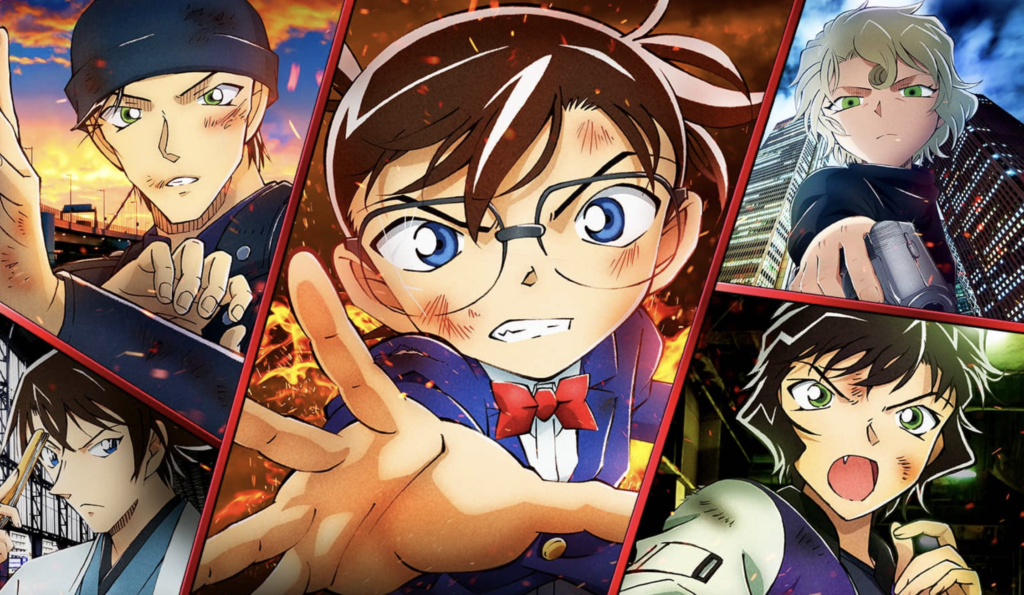 A new month is upon us, so now it’s time to see what’s hot and what’s coming to the Japanese box office in April 2021. This monthly series chronicles and analyzes the Japanese box office while previewing the major new movie releases of the upcoming month. If you missed our inaugural issue last month, you can check that out here.

The New End of Evangelion Shines at the Box Office

Compared to February and especially compared to this time last year, the Japanese box office saw a small uptick in momentum thanks to the improving situation surrounding the ongoing COVID-19 pandemic. Although cases of the virus in Japan have increased over the last week, particularly in Osaka where restrictions are being reimposed, the initial lifting of these restrictions in this region at the end of February and Tokyo on 21 March did provide a small boost to theaters. Plus, considering theaters this time last year entered a period of closure following initial restrictions to halt the spread, simply being open ensures that revenue increased year-on-year.

Of course, the main boost for theaters compared to this time last year can mostly be put down to one movie: Evangelion 3.0+1.0.

After feeling like an enigma for the longest time, Evangelion 3.0+1.0 was released in theaters to record-breaking ticket sales. Despite being released on a Monday, a far-from-standard day for new theatrical releases at the start of the working week, the film broke franchise records for opening-day sales, with ticket sales 21.7% up from the opening day of Evangelion 3.0. Raking in 827,742,000 yen at the box office on opening day alone, the movie surpassed the lifetime gross of the previous film before the end of the month.

This also places Evangelion 3.0+1.0 as the highest-grossing film in Japan in 2021 so far, with a cumulative gross of 6.07 billion yen to date. An all-time gross of over 10 billion yen feels like an inevitability.

Many of the major performers from February continued to perform strongly in March as well. I Fell in Love Like a Flower Bouquet is one such example, with the first week of March seeing the movie achieve its sixth straight week at the top of the Japanese box office with a decline of just 11.2% compared to the final week of February. Even as this decline hastened following the release of Evangelion, and even if the smaller competition in theaters as a result of these uncertain times has helped the movie’s momentum to some extent, this is nonetheless impressive.

Although I’m not sure how many more times I’ll be providing a monthly update on the phenomenal success of Demon Slayer: Kimetsu no Yaiba The Movie Mugen Train following the announcement of a Blu-ray release at the end of June to coincide with the start of the new TV anime, March was another strong month for the titan of Japanese cinema on its journey to a 40 billion cumulative gross.

Although the film ranked second during the first weekend of March behind I Fell in Love Like a Flower Bouquet, the film actually earned more during this period thanks to more expensive IMAX and 4DX screenings. Japanese box office rankings are determined not by revenue but by tickets sold, resulting in this peculiar anomaly, but the result of this is the fact the movie earned more than any other release in theaters during the first week of March 2021, despite releasing in October last year!

The release of Evangelion and the announcement of a Blu-ray has begun to hasten its decline, for sure, but after 120,000 people ventured out to see the film in the third week of March, earning the film a relatively lowly seventh place finish, the film once again rose to third in its 24th week in theaters after 180,000 more people showed up to bring the total revenue for the film above 39 billion yen.

Elsewhere, ARIA the CREPUSCOLO has been a surprise hit upon the anime’s grand return with a new movie. The first new entry into the series in 15 years just managed to sneak into tenth place during its first week of release and has performed well in smaller theaters to earn itself 110 million yen after one month on the market.

Although it had steep competition having released alongside Evangelion, the live-action Weekly Young Jump manga adaptation Brave: Gunjo Senki charted just behind the anime starlet in its opening week and has since earned an impressive 620 million yen. This was matched by the theatrical continuation of the TV drama Caution, Hazardous Wife. Meanwhile, the delayed release of the latest PreCure movie based on the Healin’ Good PreCure series crossing over with Yes! PreCure 5 GoGo! has brought in a cumulative 250 million yen from two weeks in theaters.

While the biggest story of the March 2021 box office is undoubtedly the release of Evangelion 3.0+1.0, the other notable story is the impact of the pandemic on the performance of international films in Japan. As major American movies have returned to Japanese theaters, big names haven’t helped these movies surpass stiff domestic releases.

Disney’s animated feature Raya and the Last Dragon was available in theaters alongside Disney+, but a lowly 260 million yen after five weeks in theaters is a disappointing return compared to 2020’s Onward, which released much later than the rest of the world in August and still earned a cumulative 870 million yen total. This has been surpassed by Tom and Jerry (400 million yen in 3 weeks) and Monster Hunter (which charted second in its opening week with a strong 350 million yen), both respectable openings, but perhaps disappointing for the latter considering it was marketed alongside the release of Monster Hunter Rise.

Box office revenue is approaching normal levels one year on from the start of the COVID-19 pandemic, but mostly as a result of a few major anime releases (while being overlooked at major awards festivals). With COVID restrictions set to be reintroduced in parts of Japan that will continue through Golden Week at the end of April, alongside rising cases nationwide, it seems highly unlikely that box office returns will reach pre-pandemic levels in what is typically one of the biggest months of the year.

Still, considering cinemas were closed throughout April last year, the fact the Japanese box office is open in April 2021 at all will be something theaters will be grateful for after 2020. While indie movies like Zokki and SABU’s latest directorial feature also hit theaters during April, what are the biggest new movies releasing over the next month?

Set to release on Netflix soon, but hitting cinemas today in advance of this release, the first movie you should check out at the Japanese box office in April 2021 is Homunculus.

An adaptation of the Japan-only manga of the same name, this upcoming psychological thriller centers on Susumu Nakoshi, a 34-year-old homeless man who is accosted by a stranger to have an experimental surgery known as trepanation (drilling a hole in the skull to increase circulation that supposedly brings out a person’s ‘sixth sense’ and allows them to see ghosts and use ESP). Following the surgery, he begins to see distortions in the real world through his left eye.

With Go Ayano in the lead role, and Takashi Shimizu, a director known for his Japanese horror films like The Grudge, in charge of bringing the film to life, there are lots of reasons to be excited about this film’s upcoming release. While you’ll have to wait a little longer to see the film if you live outside of Japan, those in Japan can see the film in theaters from today.

You can tell something was wrong in 2020 for the simple fact that there was no Detective Conan movie. Originally scheduled to release in April last year before being pushed to 2021 as a result of COVID-19, Detective Conan: The Scarlet Bullet looks like it could be a grand return for the box office movie tradition after a year’s absence.

This latest film in the franchise is set in Tokyo in the days leading up to the ‘World Sports Games’, a large sports event held once every four years. Totally not a reference to the Olympics here. However, the event’s prominent sponsors have been kidnapped at a party venue, with Conan finding a link between this and a similar WSG abduction that occurred 15 years ago.

Detective Conan movies in April have become Toei’s very lucrative annual tradition in recent years, with the last few films breaking franchise records while raking in cash from the boosted Golden Week box office crowds. Despite new restrictions in certain regions, The Scarlet Bullet will hope to replicate this when it hits theaters on 16 April.

Although unlikely to challenge Detective Conan for the box office crown, another major movie release returning to its traditional April annual release schedule in 2021 after the COVID-19 pandemic is the latest movie in the Crayon Shin-chan franchise.

The story sees Shinnosuke and friends experiencing a one-week stay as members of the defense force for Tenkatoitsu Kasukabe Private Academy, a school administrated by AI, when Kazuma is attacked under mysterious circumstances.

One for younger audiences, for sure, but an ever-popular family movie traditional, Crayon Shin-chan: Shrouded in Mystery! The Flowers of Tenkazu Academy hits theaters on 23 April.

The latest live-action Kakegurui movie rounds out the month of April, releasing in Japanese the same day as Golden Week celebrations get underway in Japan.

This film, a spin-off of the live-action TV adaptation also available on Netflix, is similar to the first live-action movie in that it tells an entirely original story not adapted from the source material. This new film will center on a new gambler joining the school who once tried to destroy it named Makuro Shikigami, striking fear into the student council and excitement into Yumeko as she gets involved in a game of Russian roulette against this new student.

Originally scheduled for May before having its release brought forward to take advantage of the Golden Week cinema traffic, Kakegurui Part 2 will hit theaters on 29 April.