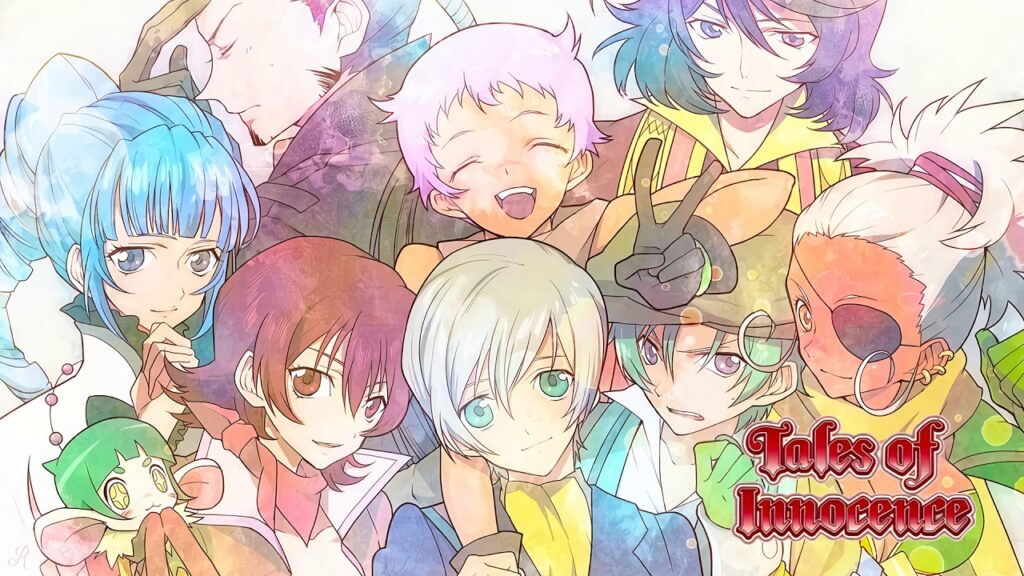 Tales of Innocence is the ninth game in the Tales series and came out in 2007 for the Nintendo DS. The game was later remade and re-titled Tales of Innocence R. It came out for the PS Vita in 2012. Both games are only available in Japan.

Tales of Innocence is set in the country of Innocence, which is divided by the divine world of Devaloka and the human world of Naraka. The gods that dwell in Devaloka require human souls to live, and one of the generals from the Devaloka region Sensus, Asura decides to fuse Devaloka with Naraka. The people of a neighboring region Raito were against it, and a war broke out between the two.

Asura and his team won the battle, but at the final moment, he was betrayed by his fellow ally and left the merging of both worlds unfinished. Many gods died as a result of the war, and the key figures from this war were reincarnated into humans with supernatural powers, many make up the main cast. These humans are hunted down for their power by the military.

As the cast begins to unlock their past lives and memories, conflicts within themselves and with others begin to emerge due to the mismatched personalities of the humans and the gods, as well as the bloody history between the gods. Throughout the game, the cast works out their conflicts and learns the truth. This leads the group to finish Asura’s work, but is opposed much like Asura was centuries ago. 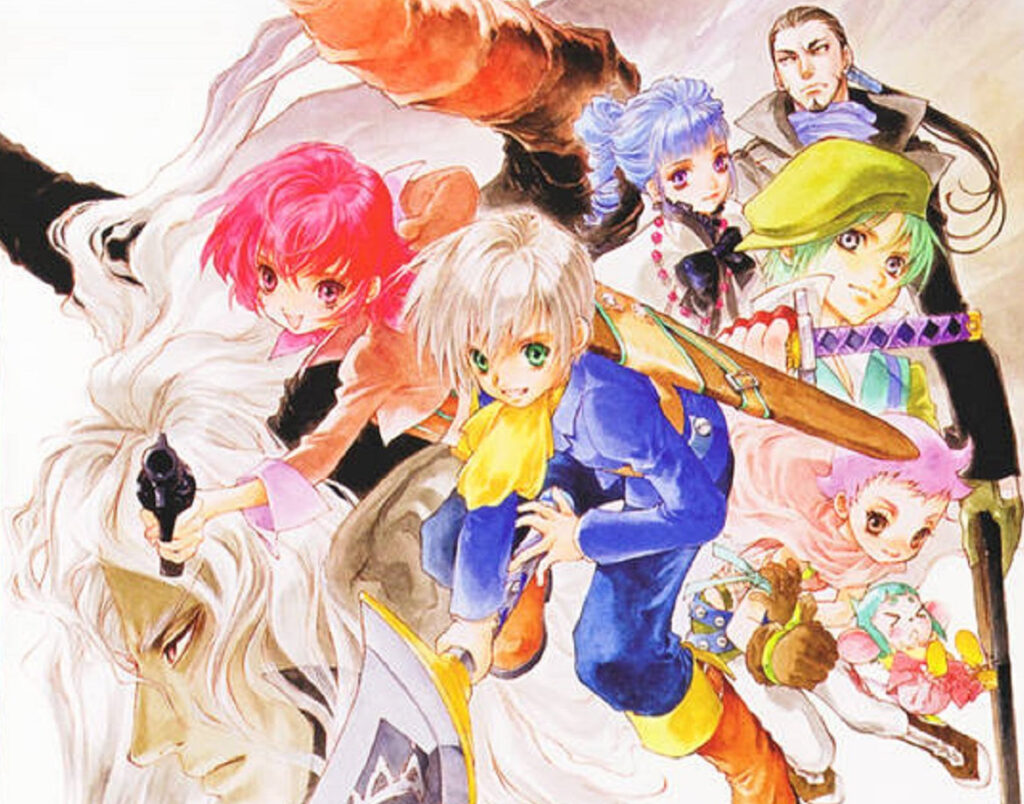 Ruca is the main protagonist of the game. He’s very smart, but he’s also very shy, which makes him an easy target for bullies. When he meets Illia, he starts to become more confident in himself as some of her bravado rubs off on him. He is Asura’s reincarnation.

Illia is the main heroine of the game. She ran away from her village because she was being targeted by a mysterious group. She has a strong sense of justice which leads her to make a lot of rash and impulsive decisions driven by her emotions.

Spada comes from a long line of knights, but he ran away from that life prior to the start of the game. Like Illia, he too is bold and brash, but doesn’t belong in the trash. He’s also very loyal to his friends and will do anything in his power to protect his friends.

Ange is a ‘holy woman’ as she works in a sanctuary and is well versed in politics and negotiation. She’s very dignified and calm, as she takes the role as an older sister to members of the group. She often lectures and comforts members of the party when needed.

Ricardo was initially hired to be Ange’s bodyguard. He’s actually a mercenary for hire, and in the party, he takes the role of the cranky dad. As the more experienced member, Ricardo is known to be wise and sound agreements when making deals.

Hermana was orphaned at a young age due to the world war in the game; she lives on the streets of Regnum. Despite her harsh life, she maintains an optimistic view on life. While she’s not booksmart, she’s streetsmart and arguably has a lot more common sense than others her age.

QQ comes from a different world where Ruca and company’s  journey is a legend. She’s a self-proclaimed archaeologist and is interested in the technology of Ruca’s world.  She’s very friendly and has a habit of hugging everyone.

Kongwai also comes from a different world. He’s a spellcaster and doesn’t do anything to really intervene with the events in Ruca’s world. He’s usually calculative, calm, and quiet, but if someone mistakes him for a woman due to his feminine looks, he becomes merciless and punishes those who do so.

What’s the Difference Between Innocence and R?

There’s really no difference in story between the two games; R adds two characters to the narrative, but they don’t really influence the story. The major changes actually are in the gameplay. The producers talked about how fans wished they would add touch screen functions to make gameplay easier, so they put it in R.

Is It Available Outside of Japan?

Like Tales of Rebirth, Tales of Innocence was never released outside of Japan, but unlike Rebirth, the company did give a reason why Innocence never got an international release. In 2007, there was an attempt to release the game in North America, but it never went through.

In 2011, another attempt was made but it never amounted to anything due to the poor sales of the PS Vita outside of Japan. While remasters of the series are in the works, no one knows if Innocence will be re-released as a part of this project; only time will tell.