When in Aselia: What’s the Deal With Tales of Phantasia? 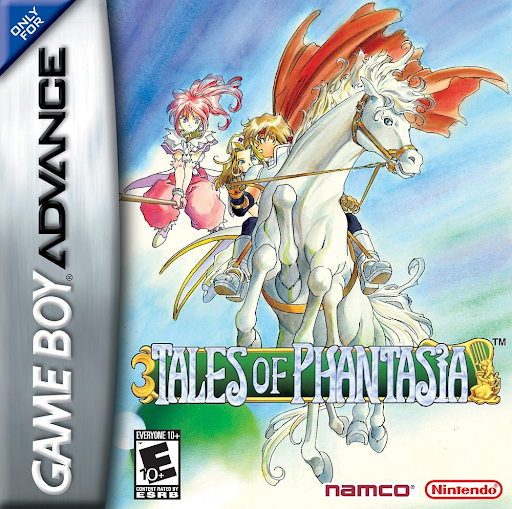 Being a Fire Emblem fan, I’ll be the first to say that the older era of fantasy games had a tendency to recycle similar scenarios.

This happens across different media even today, of course, but because the video game industry in particular is still relatively new, it makes sense that stories written back in the 90s would have been simpler. To remain compatible with simpler mechanics, if anything.

Interestingly enough, we’ve reached a point where people seem to be getting nostalgic for classic fairy tale-esque stories about good vs. evil all over again.

With that said, it’s been a journey watching games that were once released as one-offs develop into full-on series.

One of these series being the first of the Tales franchise, Tales of Phantasia. 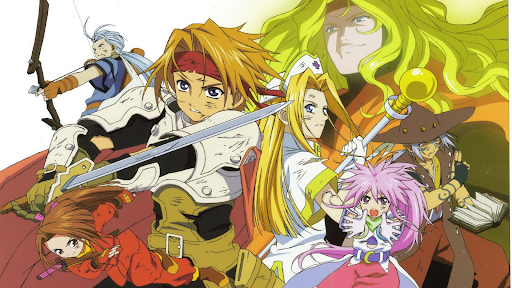 What Is Tales of Phantasia?

Tales of Phantasia is a high fantasy RPG developed by Namco Tales Studio (once known as Wolf Team) in 1995 for the Super Famicom.

The game was later made compatible for the PlayStation and Playstation Portable, with the English localization being released in the States via the Game Boy Advance (GBA; 2006) and iOS (this service being discontinued during the same year of 2014).

Our story takes place in a world in which people of different races have been locked in a never-ending conflict with the evil sorcerer, Dhaos, with domain over time.

The moment Dhaos finds himself on the verge of defeat by four heroes, he travels to the future…only this time, in the Tales of Phantasia ‘loop,’ the heroes’ descendants manage to anticipate Dhaos’ escape and seal him away.

Twelve years later, two friends, Cress and Chester, are forced to deal with the sorcerer’s machinations once more after their village is destroyed by a follower of Dhaos.

As it turns out, Cress, Chester, and newfound ally Mint are the most recent descendants of three of the four original heroes. With the fourth hero, healer Trinicus D. Morrison, by their side, the uninitiated teen trio try to avert disaster.

But as this game is very much about fighting fate, they fail.

The rest of the game consists of Morrison sending the trio far before his and the heroes’ own time in the hopes of finding a secret weapon to defeat Dhaos for good.

If you think this plot sounds a bit like The Legend of Zelda games, especially Ocarina of Time, you’d be right on the money.

Our young heroes encounter new allies and demons operating under Dhaos alike, some of them even being fellow time-travelers who, too, suffered at the hands of the latter.

While straightforward on a surface level, Tales of Phantasia mixes classic fantasy tropes with Norse mythology and technology in a way that gives it an edge over similar titles.

In fact, the characters treat magic as a novelty, a thing of the past, which is a take I’ve always enjoyed in high and urban fantasy.

It also doesn’t hurt that Kōsuke Fujishima, the man behind fantasy/rom-com manga Ah! My Goddess!, was responsible for the characters’ designs. Fujishima’s elegant art style is stellar.

In terms of gameplay, Tales of Phantasia’s combat is fairly typical role-playing fare, with the exception of the player only being able to control protagonist Cress. The other party members can either be operated by other players or set to a ‘defensive’ or ‘offensive’ mode.

Considering Namco’s Tales franchise is still thriving to this day, it’s unsurprising that the first game received a manga adaptation, spin-off novels, as well as a four-episode OVA by Actas of Girls und Panzer fame long after its release.

Cress Albane very much reminds me of Alm, the male deuteragonist from Fire Emblem Gaiden (more widely known as the remake Shadows of Valentia).

Cress is a born hero with kindness and the makings of a warrior to boot; his anger, his desire to avenge those lost, is quickly steered towards a quest to preserve the world’s source of magic.

Cress’ childhood friend Chester Burklight is headstrong and proud, his journey to finding inner peace being drawn out for far longer than that of our protagonist.

As I mentioned earlier, Tales of Phantasia paved the way for many a future game.

In fact, a whopping eighteen!

The most recent entry in the series was the widely acclaimed Tales of Berseria released in 2016; but the upcoming Tales of Arise isn’t too far behind.