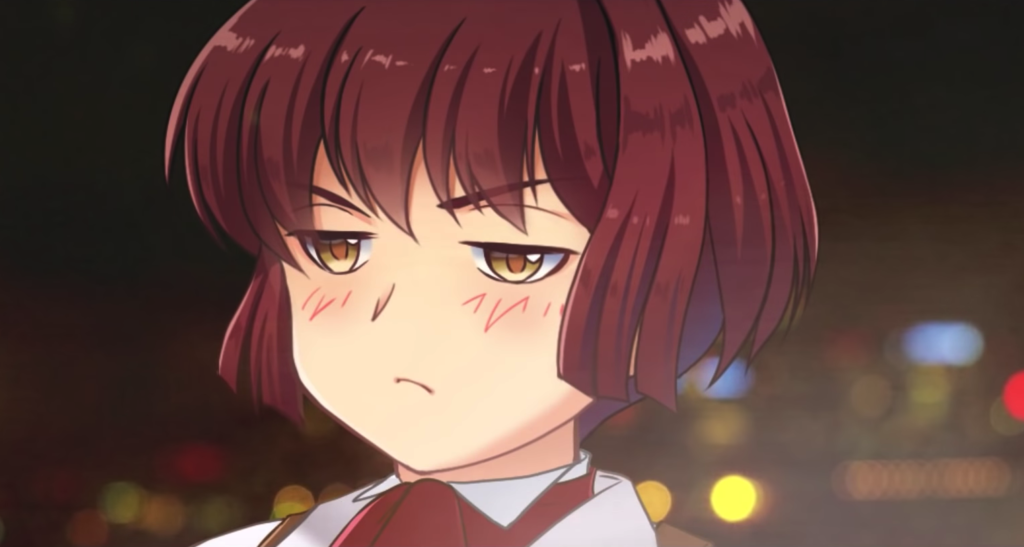 It’s been quite a long wait since 07th Expansion announced that they were working on the next installment of the highly successful When They Cry series back in July, following on from Umineko no Naku Koro Ni. Now, after many delays and much speculation, we finally have our first trailer for When They Cry 5 — and despite being just over a minute long, there are lots for fans to sink their teeth into. Check it out below:

The title of the trailer gives away the first massive bit of information – the new game will be called Ciconia no Naku Koro Ni. ‘Ciconia’ refers to the genus name of storks, and while the name of the game isn’t entirely important, the first part of the titles of the WTC games have always found an expression in the settings of the games – for example, the cicadas in Higurashi no Naku Koro ni are strongly related to the summer setting of Hinazakawa, and the seagulls of Umineko are what signal the beginning and end of the Rokkenjima mystery.

What storks specifically might have to do with the game’s setting is a mystery, but more generally, the idea of wings is very much linked to what we see in the trailer. Our protagonist, whose name has been revealed to be Mitake Miyano, seems to utilize some sort of flying machine to blaze through the cityscape of the trailer. This kind of advanced technology certainly isn’t something we’ve seen in the series before, but I’m excited to see what kind of opportunities it opens up for the game’s writer, Ryukishi07.

We also get a small hint as to the broad setting of the game, as the muffled narration towards the beginning of the trailer says something about Mitake being part of the ‘Warcat’ squad taking part in the ‘Battle Standard Festival,’ which the city in the trailer is presumably playing host to. What exactly this is is anyone’s guess, but it does seem like this latest installment will be taking some leaves out of Umineko’s book in having the characters gather in one place for a specific event – which will presumably go horribly, horribly wrong.

Speaking of characters, the trailer shows us a rapid succession of other ‘squads’ towards the middle of the trailer. You won’t catch all of them on a first watch, but going through frame by frame allowed me to collect their names. These include the Grave Mole; Baibao; Suparna; Thalaatha Saif; Shavit Yalda; Squad 601 and the Cairo Memorial Squad. Presumably, these squads will be taking part in the ‘Battle Standard Festival’ as well, and I can’t wait to see what they’re like.

Lastly, it’s very clear that this game will tie heavily into the previous When They Cry titles, just like how Umineko brought back quite a lot of Higurashi characters, albeit in different forms. We get our first taste of that through the narration, where a certain Okonogi is mentioned – an antagonist in Higurashi and an associate of Ange in Umineko. With that it’s probably more than certain we’ll see other characters from previous installments make an appearance. As if to reinforce that, the trailer ends with fragments of glass floating through a void – an obvious reference to the uniting element of the series, the theory of parallel ‘fragment’ worlds.

With so many things to unpack from this short trailer, it’s safe to say that I’m incredibly excited to see where this new When They Cry title ends up. The end of the trailer finally reveals a release date for the game – Summer 2019. And even better news for western fans, Witch Hunt have already been brought on board to the project to produce an English translation. All we have to do now is endure the wait, and try not to get wrapped up in any grizzly mysteries in the meantime…

‘Ciconia When They Cry’ and ‘Umineko Saku’ Delayed to September, Creator Outlines Production Problems and Anxieties

07thExpansion Won’t Be at This Year’s Summer Comiket

‘Ciconia When They Cry’ to Get Simultaneous Worldwide Release This Summer