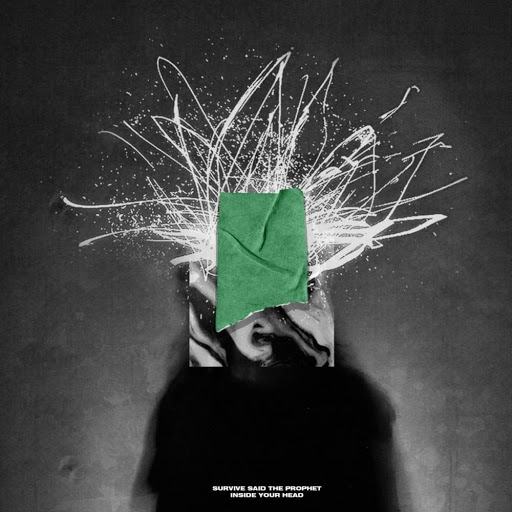 This rock band has reached international success thanks to their latest album and anime collaborations.

Survive Said the Prophet, or SABAPURO as they are commonly known, was originally formed in 2011 in Tokyo. Since then they have become an international favorite thanks to hits like Right and Left.

Yosh Morita is the band’s lead singer and is known for his high energy live performances. Other members include Yudai Kato (bassist/screamer), Tatsuya Kato (guitar), Ivan Kong (guitar), and Sho Okado (drums). All but Tatsuya Kato, who joined in 2016,  were with the band since it’s formation.

Earlier this year the group released their 5th studio album Inside Your Head.

The breathtaking Cover Art for the album was created by guitarist Ivan Kong.

A standout hit on the album, Last Dance Lullaby, was written by Yosh when he was 16. With lyrics like “Even if I never see her, at least you got a catchy song that goes, goodbye it’s a good night,” the song tells the story of the one that got away. And Yosh wasn’t lying. The song is catchy.

Ahead of the album last September, Survive Said the Prophet performed for the first time in the U.K. at London’s Boston Music Room. In February of this year, they kicked off a 22 city tour in Tokyo, where most of the bandmates hail from.

Survive said the Prophet’s success doesn’t just stem from their albums and tours though. They have ingrained themselves in Japanese pop culture with their awesome anime collaborations.

Banana Fish is the 2018 anime series based on the Manga of the same name. The series was directed by Hiroko Utsumi with Studio MAPPA. When the show was released though, there was one topic on everyone’s lips: the soundtrack.

Survive Said The Prophet created the opening theme song: found and lost. The song serves as a perfect lead-in to the anime series.

The band was also tapped to create the show’s second ending song Red.

The soundtrack was released as a limited release vinyl consisting of 3 LP records. You can currently watch Banana Fish on Amazon Prime Video.

Both found & lost and Red are two of Survive Said the Prophet’s most popular songs on Spotify. However, even their combined 6 million streams are dwarfed by mega-hit MUKANJYO.

MUKANJYO was created by Survive Said the Prophet as the opening theme song for the anime Vinland Saga. The song expertly explores the idea of closure with soaring vocals by Yosh. Yudai is also featured on the track with his well-known screaming.

Vinland Saga was created by WIT Studios and later licensed by Amazon Studios. The show was awarded Best Drama of 2020 by the Crunchyroll Awards. The popularity of the show has only widened Survive Said the Prophet’s fanbase.

Vinland Saga and Banana Fish were released within a week of one another in July 2018. The exposure of having the opening song for both these long-awaited animes helped launch Survive Said The Prophet into J-rock stardom.

Even before Vinland Saga or Banana Fish were released, anime fans were familiar with Survive Said the Prophet. The band wrote and performed NE:ONE for the third Corde Geass movie Code Geass: Lelouch of the Rebellion Episode III.

Survive Said The Prophet fans were delighted by the news that vocalist Yosh Morita would be providing vocals for the Final Fantasy VII Remake game’s theme song Hollow.

Hollow was composed by Nobuo Uematsu and he hand-picked Yosh for the project. Before asking him to provide the vocals Uematsu attended several Survive Said the Prophet concerts, unbeknownst to the band.

“We went to some random Tokyo island – Hachijojima I think it was – for a show and I remember this old man with long white hair coming up to me and saying, “Great show, dude.” I was like, “Thanks, dude?” Little did I know he was there to pick me for what may potentially be his last project,” Yosh told Tokyo Weekender.

Thank goodness he figured out who the old man with long white hair was. Final Fantasy VII was released last month and Hollow is the perfect companion song. Listen below.