Dean Fujioka is a renaissance man of entertainment talent. He is a musician, DJ, beatboxer, Japanese actor, model, director, and influencer.

What Are Dean Fujioka’s Origins And Life Story?

He was born (real name: Tatsuo Fujioka) on August 19th, 1980 in Sukagawa, Japan. He later grew up in Kamagaya. His parents and grandparents used to both live and work in countries all over the world, leading Fujioka to learn several languages growing up. He can speak Japanese, English, Indonesian, Mandarin, and Cantonese. Growing up he enjoyed martial arts, kickboxing, chess, basketball, and skiing.

Fujioka went to Chiba Prefectural Funabashi High School. After graduating, he studied abroad in the United States. He attended a community college in Seattle, Washington to study Information Technology.

Fujioka is currently married to Vanima Amalia Hidayat. They wed in 2012. Two years later they had a set of twins (fraternal). Their third child was announced via Instagram in 2017.

What Is Dean Fujioka Known For? 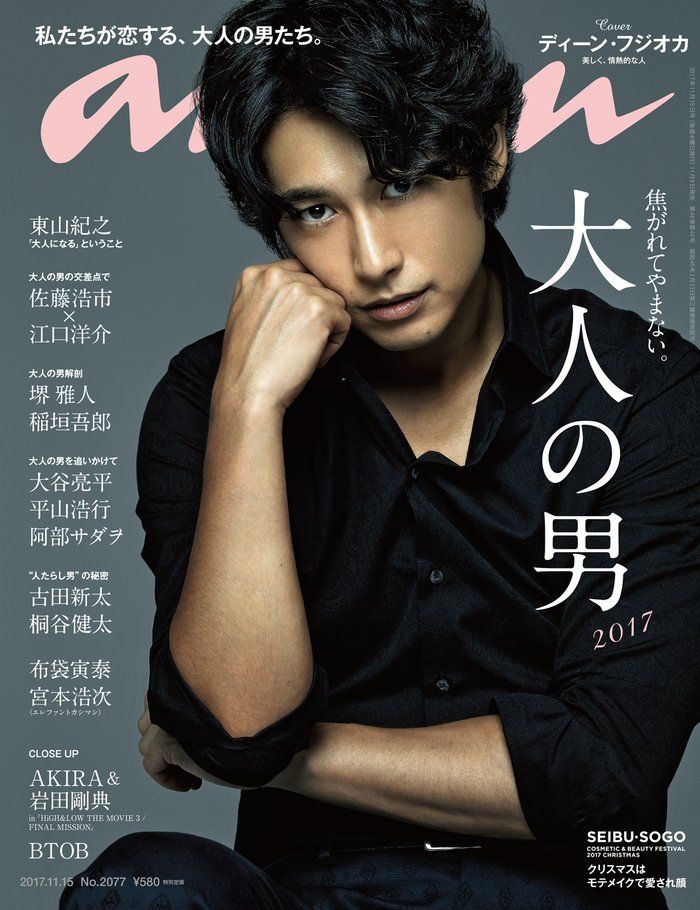 He made his first modeling appearance in a Chinese fashion show. His modeling career began in 2004 when he was in Hong Kong. He was featured in fashion and lifestyle magazines. He has been in commercials, and print ads in various countries all over Asia.

Fujioka is a writer, composer, DJ, composer, beatboxer, rapper, and singer. He can also play instruments like the piano, drums, and guitar.

He debuted his album Cycle in early 2016. This was released very soon before his big musical boom in the world.

Fujioka became extremely popular along with the success of the anime Yuri!!! On Ice. In 2016 he released the single “History Maker”, which was used for the opening to the anime series. He was so popular that he was the 5th most googled musician. He was right behind Céline Dion, Kesha, Michael Bublé, and Creed.

In an interview with Tokyo Weekend, he talked about the experience of creating “History Maker”.

“I was approached to come up with a song in English,” recalls Fujioka. “The melody was in place and sounded good, however, I felt there was an opportunity to make it even better. With the lyrics, I wanted to convey a message that anything’s possible when you truly believe in yourself. While writing it, I was trying to envisage what it must be like for a figure skater who’s about to perform in competition but the sentiment isn’t just directed towards people in sport. In those important moments of our lives, I believe we’re all capable of lifting ourselves to another level.”

He put out the single “Echo” as the theme song to the TV series The Count of Monte-Cristo: Great Revenge. He also won a Best Leading Actor award at the 12th Confidence Award Drama Prize for his portrayal as the star of the series. He will also sing its theme song “Shelly” for in the Japanese TV series Sherlock: Untold Stories, which he also stars in.

Fujioka began his acting career in 2006. He relocated from Hong Kong to Taipei. He appeared in TV shows and films.

He played a pianist in the TV show Corner with Love. That year he also got a role in a Taiwanese film called Summer’s Tail. Months later in 2008, he took a hiatus from acting to focus on other areas of his career interests.

Upon his return to acting in 2011, he started with Taiwanese movies and television. Two years later in 2013, he starred in the first film he ever directed, called I am Ichihashi: Journal of a Murderer. The same year he had a notable role in the North American TV series The Pinkertons. He continued to gain notable roles in television and TV over the years.

2016 was definitely the year he gained a lot of Anime fans. Not only did he have a starring role as one of the main characters in the web series Happy Marriage!?. Happy Marriage!? Is based on a popular romance manga series. The next year, he played the fan-favorite character Roy Mustang in the live-action adaptation of the manga Fullmetal Alchemist.

Fujioka has made his mark on the entertainment world as a successful actor and racked up a lot of roles in film and television all over the planet. Lately, in 2019 he has had a lot of great roles especially. He recently starred in the movie Les Misérables: Owarinaki Tabiji. He was nominated for Best Supporting Actor at the 42nd Japan Academy Prize awards for his work in the movie Recall.

You can listen to his music on YouTube, Apple Music, Spotify, Play Music, Deezer, and TuneIn.