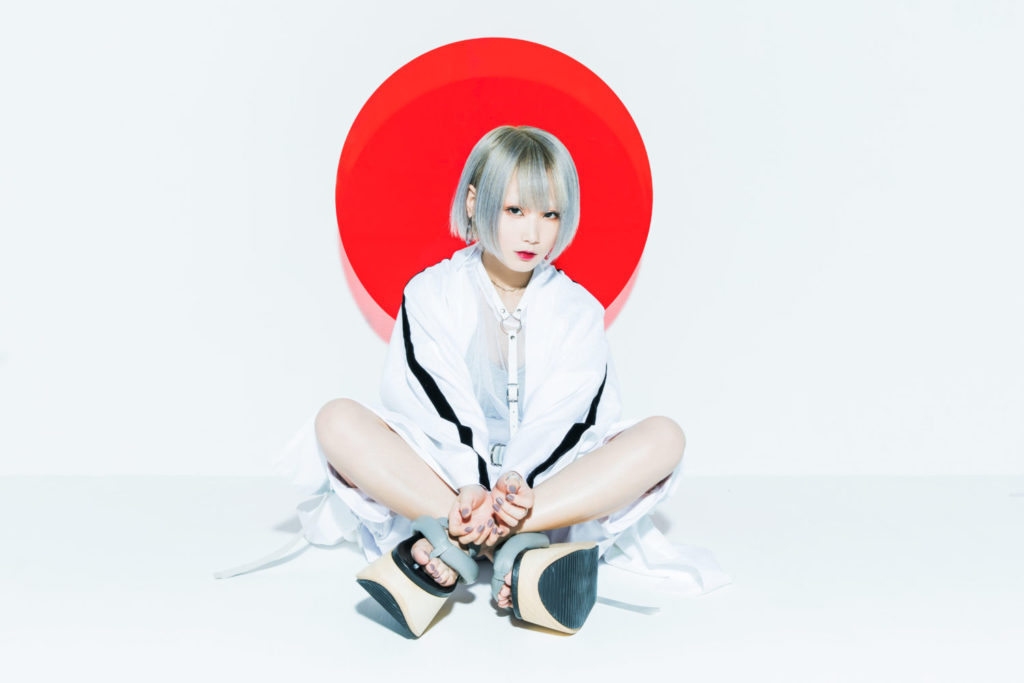 Reol is a musician from Japan. She can rap, write songs, compose, produce, and sing. She is also a former member of REOL (the group.) In early 2018 she was officially a solo singer and songwriter after being signed to VICTOR ENTERTAINMENT.

Reol is known for her song covers. She made her cover artist debut online by posting her rendition of “Yurufuwa Jukai Girl” in the summer of 2012. It currently has over 900,000 views on youtube.

Her most successful piece of work is “LUVORATORRRRRY!” due to its popularity, gathering an impressive 50,000,000 views as of January 2020. This was created after she was signed to Toy Factory, with the help of her group REOL. (Okiku and music arrange Gigap)

She was born on November 9th, 1993 in Nagano, Japan. She has type AB blood. She is a Scorpio. Her favorite food is beef, and her favorite drink is the Matcha Frap from Starbucks.

The singer is also talented with art, harboring serious drawing skills. She can take credit for creating the PV for the cover of “Shinkai City Underground.” She frequently shares her artwork online.

She has a ritual she does before she performs, where she finds a place to meditate by herself.

During a Q & A posted on her Twitter account, she also went into more detail about her shows, style and hair color.

“I think I’m very involved when it comes to those things. There isn’t much ‘dancing’, but in terms of things like movement and the general image, I think about it at the same time I’m writing the song. So I find references of what sort of styling I want, or props that I want to use in the video, and show them to the director, which would be Okiku for ‘HYPE MODE’, and Akiko Isobe, who is the photographer. Also, I change my hair color every time to match the music video!”

An EDM group called REOL exists, that’s composed of three members. Reol does the vocals and writes the lyrics, GigaP arranges the music and Okiku acts as the director and the producer.

Even before the group had formed, Reol and GigaP had a history of collaborating on projects together. They had a number of compositions and vocals for Vocaloid characters under their belt, not limited to Hatsune Miku, Kagamine Rin, Kagamine Len, etc. In 2014 the two had formerly released music together under the name No Title.

A few months later in 2015, the trio signed a recording contract together with the label Toy Factory and created the group using REOL’s name. During this time, they remained quiet about who they were, utilizing anime-styled drawing to represent each other.

During 2016, fans received the news of an upcoming studio album titled Sigma.  In August, before the album was released, the musical act debuted with a public appearance in their music video for the single “Give me a break Stop Now”. The group put out visuals to ”ChiruChiru“ and “’YoiYoi Kokon”. Once Sigma was released a few months later, it was in the top ten on the Daily Oricon Album Charts.

Sigma was officially released on October 19th, 2016. The group that was signed to Toy Factory’s debut studio album was released as a standard CD, and a CD and DVD combination. The music was finalized by music arranger Gigap. The album received position reviews from critics. Reol herself announced news of this album on social media and in interviews.

The overall design and packaging of Sigma held a lot of symbolic meaning for the group. The album’s title holds significance in more than one way. In an interview with The Music Lounge, Reol talked about how the mathematical signal signified the group as a whole.

During the following year, they had several live performances together. They also released one last music project together, which was titled Endless EP. Then at the end of 2017 after only a few short years together, REOL disbanded.

Despite their parting as a group, the members have collapsed since the end of the REOL trio. In late 2018, REOL, Okiku, GigaP, and Teddyloid all worked together on the song Winners.

REOL started her career with humble beginnings in 2012. The singer gave herself a start by posting her creations onto the website Nico Nico Douga and Youtube. Her work during this time was mostly covers of songs, as well as some of her own original music.

During 2018, Reol became officially signed with Victor Entertainment. She put out her first EP called “Kyokoushu” a few months later. A music video has been put out for her song “エンド”.

What Are Some Of REOL’s Collaborations And Projects?

TeddyLoid’s SILENT PLANET: INFINITY includes a song called “Winners”, which was a collaboration between him, Reol, and GigaP. Later that year, Reol went on her first-ever tour. The tour was called “MADE IN FACTION” and took her all around Japan, and even China.

She has released a number of amazing albums.

In addition to this, she has also put out a fair number of singles over only a couple of years. The names of these singles are:

Will A Reol World Tour Ever Happen?

There’s no word on that yet. However, when Reol did a special Q & A she was asked about her overseas audience.

“The fact that there are many fans overseas, and that more and more people are listening to my music really makes me happy. I’m really interested in how these people found my music and continue to listen to it, and I want to actually go to these places and feel what it’s like there, so I absolutely want to do a world tour! But of course, it’s not that easy because of things such as schedule, so once it all lines up, please come see!”

Where Can I Listen To REOL?

Her music can be found on her YouTube, Spotify, Apple Music, Play Music, Deezer and TuneIn.