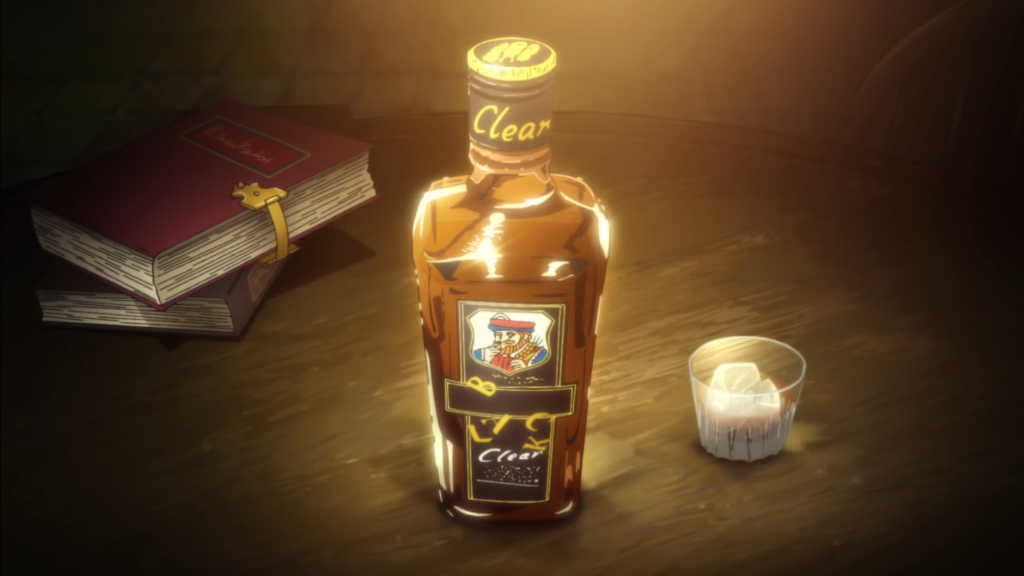 Everyone’s favorite gentleman thief Arsène Lupin III has teamed up with Nikka and SCRAP for a new campaign to answer the question: who messed with the whisky?

Apparently, some ne’er-do-weller has messed up all the text from Nikka’s ‘Black’ brand of whisky, which is outlined in a short video produced by TMS Entertainment for the new campaign. Entitled ‘Lupin III and the Five Mysteries,’ this is also the case in real life: any Nikka Black you find in Japanese stores right now should have the text jumbled up. I wasn’t able to confirm this, however.

In terms of the video itself, it’s mostly made up of old footage from Lupin III: Part IV and Part V, but there are a couple of new shots in there: most notably, the glistening whisky bottle with the text removed. There’s also narration from Lupin’s voice actor, Kanichi Kurita.

Just who messed with the text and why remains a mystery, however, which is where SCRAP comes in. Using all of their years of experience crafting escape games, they’ve put together an original story and interactive element to this Lupin III Nikka campaign that is genuinely interesting: navigate to the official website, and you’ll happen upon a ‘Mystery’ section where users are asked to solve a series of five riddles. Updated every week, these will provide crucial information about the culprit.

Alongside the satisfaction of solving the mystery, answering these riddles right could get you in with the chance of winning some fabulous prizes. Amazon gift cards can be obtained for the first four, while some solid gold postcard prints are on offer for the final fifth one! Of course, this is Japan only, but even overseas fans can appreciate the quality.

Getting SCRAP on board certainly makes ‘Lupin III and the Five Mysteries’ into a much more interesting ad campaign, but an ad campaign it is nonetheless. Lupin III is no stranger to alcoholic collaborations, either, having crossed over with one of Japan’s most iconic craft beer breweries Sankt Gallen Brewery in the past. That just goes to show the kind of audience it courts, I guess.