Why Basara is 90’s Anime Awesomeness 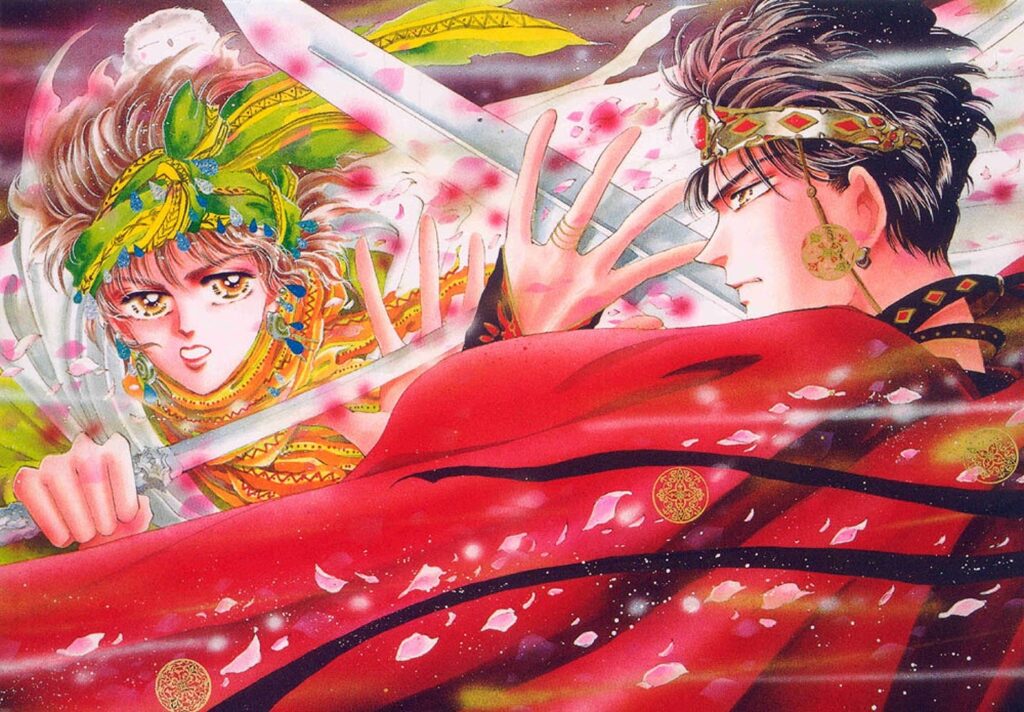 Basara (or Legend of Basara, as the anime adaptation goes by) is a series written by Yumi Tamura, who’s also known for her more recent story 7Seeds (which received an anime adaptation on Netflix last year).

In a post-apocalyptic world with a fractured Japan under a tyrant, a pair of fraternal twins are born, one of which is prophesied to be a savior that will end the tyranny. When the supposed savior is killed, the other twin pretends to be him to avenge her brother and to keep the hope of the prophecy alive.

This is a series from the 90’s that, unfortunately, isn’t talked about all too often. By skimming through the story it might not stand out too much, and the anime itself looks pretty generic with its art style. Although the story does pick up and expand into a much grander plot, the series shines the most with its characters.

But before I begin to sing my praises, I do want to provide the options available for people interested to discover the series themselves, which I imagine might be a large group considering how obscure the series is.

Options For The Manga and Anime

If you want to watch the anime, unfortunately, there isn’t any way to stream it. The best bet you have for watching the anime would be to find the DVDs online or perhaps get lucky at some swap meets.

On the other hand, it is thankfully much easier to find and read the manga! You can find all 27 translated volumes of the manga on VIZ! There are options for both finding retailers that carry the physical copies, as well as online storefronts where you can buy digital copies to read immediately.

Sasara – A 15-year-old girl born in Byakko Village. She’s one of the twins involved in the prophecy that foretold of a child growing up to become a savior of the people and a leader for their freedom. While the village assumes that her brother is the fated child, she grows up in his shadow.

Tatara – Sasara’s fraternal twin brother. When the Red King comes to their village he is beheaded, but his sister chooses to take on his name to keep the hope of the prophecy and the people alive.

Nagi – A blind man in Byakko Village that assumes the role of priest, doctor, and prophet. He’s the man who foretold the prophecy involving the savior born from Byakko Village. He’s a well-respected mentor for Sarasa, knowing full well that she is the true prophesied child.

Ageha – A member of the nomadic group known as the Blue Nobles. The connections he has throughout the empire makes him an invaluable ally for Sarasa.

Shuri/The Red King – The youngest son of the current emperor of Japan. He controls the West and Southern areas of Japan, which includes Byakko Village. His wish to quell the rumored prophecy is what leads him to raze Byakko Village and kill Tatara. Through coincidence, he happens to meet Sasara at a hot spring and falls in love with her.

How Does It Hold Up?

I remember my first impressions when I watched anime were that it surprised me. I was fully expecting a run-of-the-mill story and an unnecessarily shoved-in romance plot that showed off the girly side of the main protagonist. With the two romantic interests belonging on opposite sides of the main conflict, I was expecting a bit of Romeo and Juliet as well. 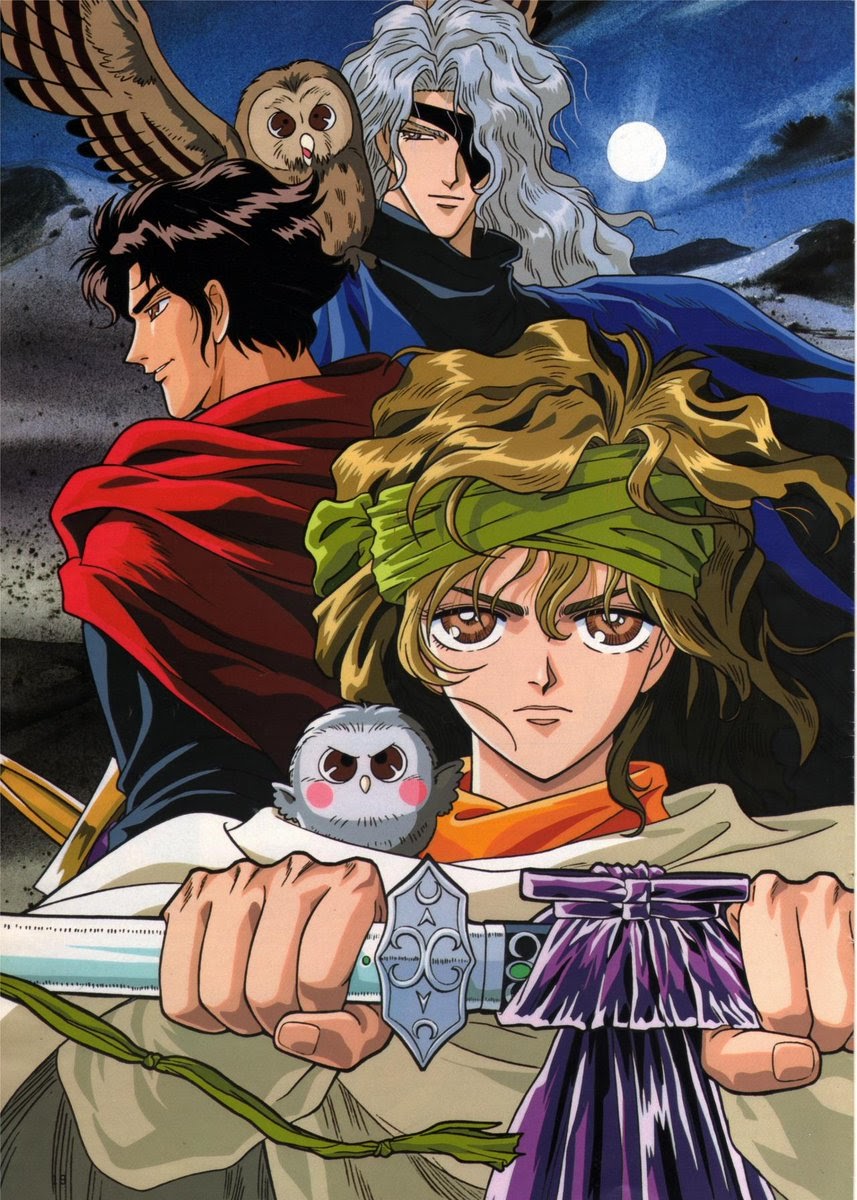 Thankfully I was wrong on most accounts. Within the first ten minutes, a friend of Sasara pretends to be the prophesied child in order to save Tatara and subsequently is killed because of it. This is only a prelude as their village is razed and Tatara is beheaded near the end of the first episode.

Needless to say, Basara can be pretty brutal at times. And outside of violence, it’s very apparent the toll that Sasara is facing. Although she has helpful people at her side, she’s still young, inexperienced, and emotionally unprepared. She isn’t just thrust into the role of being the expected savior of the people under the Red King but must do so by pretending to be her dead brother.

A situation like that isn’t an easy one to agree to the terms of, much less understand the terms. But in such a confusing and perilous situation she manages to take the expected heroic action. It’s the realistic struggle she experiences afterwards for carrying such a heavy burden that manages to make her character development so interesting to watch.

Another important aspect is the tragic-romance between Sasara and Shuri. They make an interesting pairing as both of them have high expectations of their roles, and they can relax and act their age when they’re with each other.

Sasara is allowed to be herself instead of Tatara, and Shuri is allowed to interact with someone that doesn’t feel obligated to treat him a certain way because of his status. Outside of the cruel role of the Red King, he’s allowed to show the kinder side of his personality.

Although they become very lovey-dovey, the two characters’ distinct personalities don’t mix immediately. A scene within their first encounter has Shuri force Sasara against a rock and lean in to kiss her, only for Sasara to kick him in the face. In their second encounter, he tries to surprise her from behind, which Sasara responds with by breaking his nose.

The scenes are a mix of romantic and comedic but make for a nice deviation from both the brutality of the rest of the series as well as from similar romance plots from the ’80s and ’90s.

While the characters are not aware that they are enemies, the development of their relationship only adds to the uneasy suspense for the audience. Regrettably, the two have no idea about this by the end of the anime and it leaves you wishing to see the moment when one of them discovers the truth.

Art-wise, I can’t criticize it too much as a majority of it is essentially a large desert wasteland. There are various settings within the land filled with sand, but at the end of it all, it’s still just sand. This is what makes certain arcs such as sea-based ones with the pirates or the last two episodes with the Blue King stand out a lot more.

At only 13 episodes, I’d typically recommend people to give this anime a shot. Unfortunately, it cuts some small content and only covers the first five volumes of the manga (out of 27) and as I said, it’s not easily accessible.

If you can find it then I certainly recommend a watch, but I believe the better recommendation is to read the manga instead. The art looks pretty nice and you’ll get to experience the whole of the series.