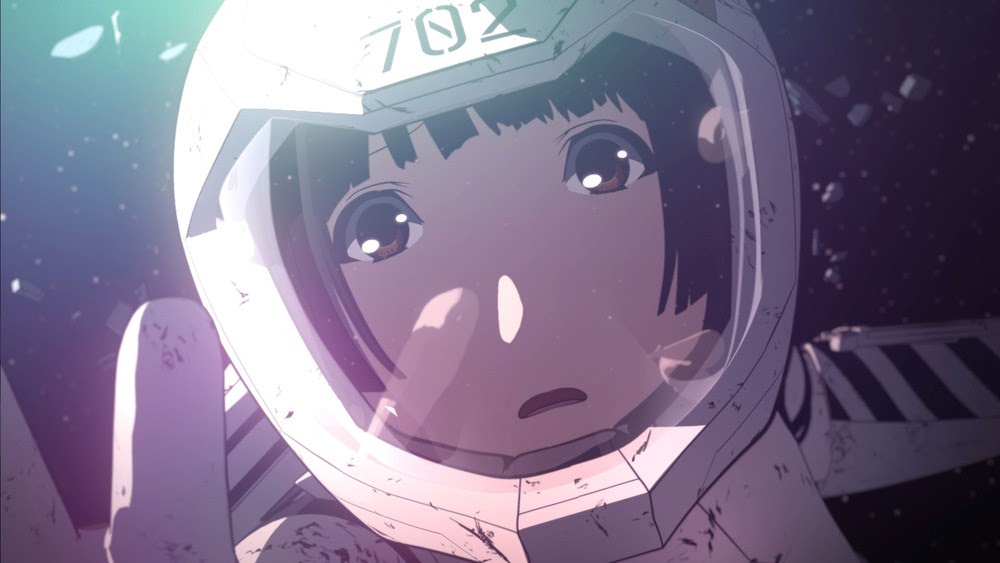 For being made entirely in 3DCG and being Netflix’s first original anime (in terms of being exclusively released on Netflix), Knights of Sidonia attracted a lot of attention before it debuted. Fans were excited, but many didn’t have faith considering the CG aspect of the show.

I certainly didn’t know what to expect, but I figured that I liked sci-fi stories set in space, I liked the unrelated song ‘Knights of Cydonia’ by Muse, and it was going to be on Netflix which I was already paying for. How could I not give this anime series a watch?

I suppose it’s only fair to mention that there was (and honestly, still is) a negative reception to 3DCG in anime. Although there are plenty of examples that feature wonderful usage of it, many anime fans can’t get themselves to enjoy it.

There’s no way that I could deny that I didn’t have a great opinion of them either as I had seen my fair share of bad CG. Knights of Sidonia isn’t without issues either. And yet, by the end of the first season, I was convinced that an anime entirely made in 3DCG could be something incredible.

Knights of Sidonia is based on a manga by Tsutomu Nihei, who’s also known for his work on Blame! (which was also adapted into a 3DCG anime film by Polygon Pictures). It takes place on the intergalactic seed ship Sidonia, which left the solar system a thousand years prior and is believed to be carrying the last of humanity with it.

The series follows Nagate Tanikaze, an ‘under dweller’ who lived with his grandfather beneath the surface but is forced to come out when he runs out of food. He quickly finds himself as a pilot to protect humanity against the alien race called Gauna.

Knights of Sidonia Is a Unique Series

I think what I enjoy most is the persistent use of the rules of the world. It’s a future world that’s advanced far beyond reality, but it’s not perfect. And it’s definitely not a utopia either. The adaptation does a wonderful job of introducing you to a world unlike any other.

Although humanity now floats throughout space, that doesn’t mean they’ve remained stagnant. They’ve improved their own livelihood through genetic engineering.

Some of the more blatant examples of this include adapting the ability to photosynthesize, an organic converter reactor (i.e. using old or weakened people’s bodies) to power the ship, and the introduction of a fluid gender. They’ve even managed to simulate gravity.

And it’s the last one that is particularly used well throughout the series. Although the gravity works well enough, it’s shown to be affected when the ship has to make a quick movement or increase its speed.

People have to adhere to the broadcasted warning to take hold of the nearby handrails, or they’re bound to get thrown around and likely die. It’s rare for any work to not hand-wave the issues of artificial gravity, and it’s an absolute pleasure each time it’s used in the series. It’s an important rule within the lore, and it shows wonderful continuity when we see the consequences of it.

Going off that, it’s not surprising that the show can be pretty heavy when it comes to its science fiction elements. There are countless scenes of the pilots and HQ discussing trajectories, velocities, and inertia in adherence to the situation.

This is far from the typical mecha where each action scene with the mechs is akin to graceful movements in the depths of space. Even when Nagate does get into the zone and pulls off fancy maneuvers, those scenes never fail to be brutal and intense as he calculates his every move. 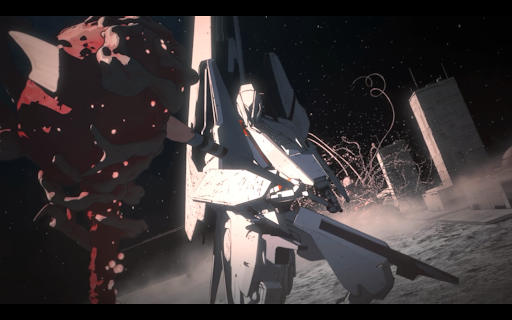 Another science fiction element that’s given a wonderful light to is the social issues within the ship. Before and even after the peace ends, many protest the need to fight the Guana and believe there’s a bigger conspiracy at hand in their own home.

Although these aspects can sometimes be a bit heavy-handed, they never feel out of place. The world of Sidonia is a terrifying one, with the threat of a horrific alien species outside the ship and a dark history within.

That’s only some of the reasons I enjoy the show. Speaking on a much broader level: the story is interesting, the characters are pretty fun to see interact, and the visuals are incredible. Whether it’s something as simple as a corridor in the ship or a more open area, the show (and its background in particular) look incredible.

I won’t say it’s perfect as there are times when there’s an awkwardly noticeable low-framerate with character movements, but the 3DCG does a wonderful job giving the mechs weight and making the Guana feel just monstrous and horrifying as you’d want them to be.

Will There Be a Season 3?

The second season didn’t cover the entire story, so fans held out hope that a third season would come to be. And to our delight, season 3 was confirmed two years after the second season came out, along with an announcement of more Blame! content to come. Although, it’s now been three years since and there hasn’t been any news given. 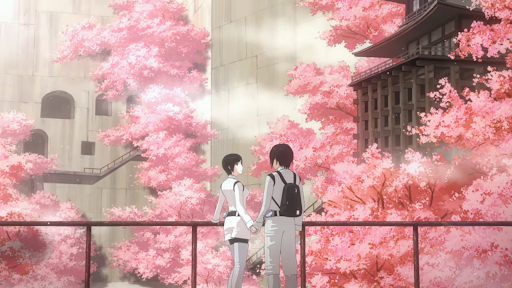 Although the lack of news is certainly worrying, it makes sense. Polygon Pictures has been extremely busy with such projects as the Godzilla animated film trilogy, Fist of the Blue Sky, and Drifting Dragons among other works.

They had also announced a partnership with a game developer to form a joint company called Elementfactory Inc. To say they’ve had a lot on their plate might be a bit of an understatement.

3DCG has become more accepted in the anime community, and it’s thanks to shows like Knights of Sidonia that have proven there’s a place for it. With ten of the fifteen volumes already adapted by the anime, there’s a possibility for the third season to be the final season of the adaptation.

Although the source material is easy to find and purchase, I’m choosing to wait for another season of it so I can experience it the way I have already. Although I have heard less than positive reactions to how it all pans out, I can’t wait to see how it all ends.

Where to Watch Knights of Sidonia

If you’re interested in checking the series out, you can watch it exclusively on Netflix. The series is available in a variety of dubs, including Japanese and English. If you’re looking to read the finished series, Kodansha has made the manga accessible on their website with links to digital and physical copies of all 15 volumes.