Why Mr. Driller Drill Land is an Exciting Release 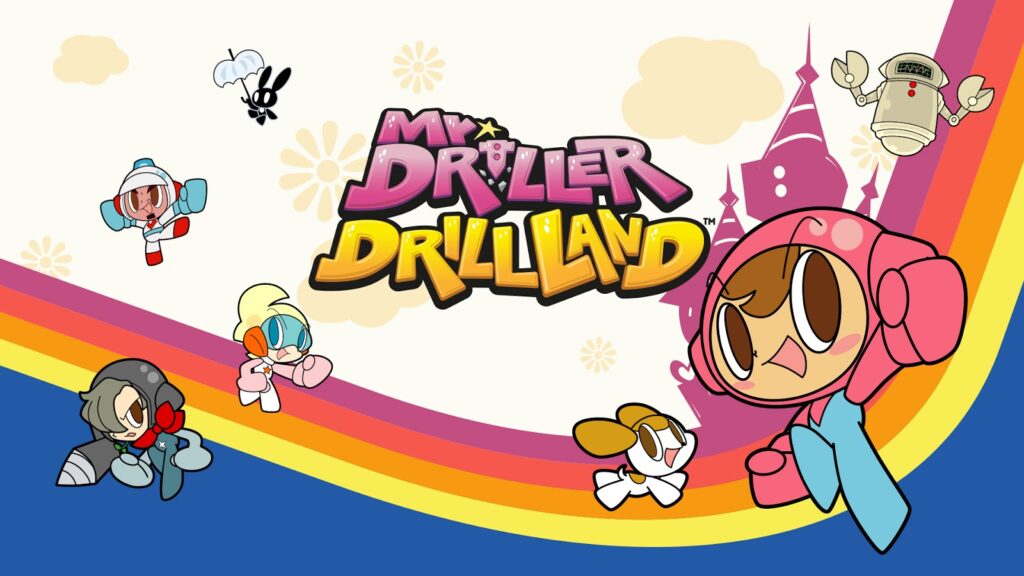 My introduction with the Mr. Driller series occurred in a similar fashion as many other games: I played it on a random demo disc for my Playstation. It looked cute, colorful, and reminded me a little of Dig Dug (which I found out years later was heavily related).

I couldn’t help but be drawn to it! Unfortunately, I was very terrible at it and it would quickly gather virtual dust along with the physical dust on the disc.

I’d cross paths with the game again years later when I noticed it at my local arcade. My interest in the game flared up and I felt confident that fourteen-year-old me would be better at the game than six-year-old me was!

Although this was true, I quickly realized that I was a lot better at Dig Dug and decided to stick with that game to get more time out of my tokens. Still, I’d play Mr. Driller here and there any way in my failed attempts to improve.

Over the years here and there I’d be reminded of the series. Either through the announcement of a spin-off or even through conversation. I always wondered why a seemingly popular series didn’t have more mainline entries but I never thought much more beyond that. It would turn out that there’s a lot that I didn’t know about the series.

From Arcades to The Palm of Your Hand

Mr. Driller was originally developed as the third Dig Dug title and eventually changed into its own project (the two series would become linked later on as it would be revealed that the titular “Mr. Driller” is the son of the protagonist of Dig Dug).

The gameplay follows the player character as they dig through randomly generated levels of various colored blocks to reach the bottom before their air supply runs out.

With the added mechanic of blocks disappearing on their own once four or more group up and air canisters being layered through the stage, the game becomes an intense puzzle as you race to finish before your air runs out or a block smashes you from above.

Like Dig Dug, the series would debut at arcades. I can personally attest that the quick-witted puzzle nature lends itself well to taking your tokens/quarters. Later games would be ported and in some cases released exclusively on home consoles.

The last handful of games in the series has been entirely digital.

While the series is pretty well known in Japan, almost half of the series was never released in the United States. Of the ones that were, a majority of them were budget spin-offs or titles released for handhelds.

The series’ last entry was in 2009 if you don’t consider a couple of mobile gaming spin-offs and the first game’s inclusion in the PlayStation Classic console. This is why fans were especially excited when during the March 2020 Nintendo Direct Mini it was announced that the 2002 Mr. Driller Drill Land would be remastered and launched on the Nintendo Switch in time for its 20th anniversary.

The Best In the Series

As beloved as the series is, it hasn’t always received praise for its entries. It doesn’t help that the criticisms point to different areas depending on the game. Some games are critiqued for their lack of gameplay modes, art quality, or difficulty. It generally seems what one game lacks is a strength of others.

The entries that have received the most praise would be the original Mr. Driller and Mr. Driller Drill Land, with the latter typically considered to be the best in the series. And it’s no wonder: the game came with seven playable characters, five themed modes on top of the normal one, multiplayer that allows up to four players to battle each other, and wonderfully catchy soundtracks.

It’s commonly viewed as one of the best games released on the Nintendo Gamecube. 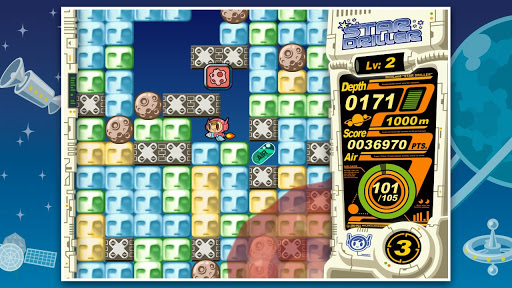 If you haven’t heard of it before though, I wouldn’t blame you. Mr. Driller Drill Land fell in the category of games that weren’t released outside of Japan. And it’s not as if there wasn’t a demand for it! Western fans were aware of it and most forums or reviews about other Mr. Driller games will have at least one person asking for a port of Mr. Driller Drill Land.

It’s taken 18 years, but the plea for the most beloved title in the series to be released in the West has finally been answered. A lot of fans who never had the chance to try this title out are certainly thrilled.

I assume even the super-dedicated fans who likely had to import both the game and a different region-specific console will be happy to play this game with its updated visuals. Even though I’m awful at playing it, I have to admit that I do fall into the former category.

More importantly, this is a great decision for the series! Remasters such as these are typically used to gauge interest in the future of a series and there likely isn’t a better game to do that with than the best one.

The remaster for Mr. Driller Drill Land and the response it receives could lead to brand new games! And if it doesn’t, then at the very least more people will get to experience one of the best GameCube exclusives on both the Nintendo Switch and Steam.