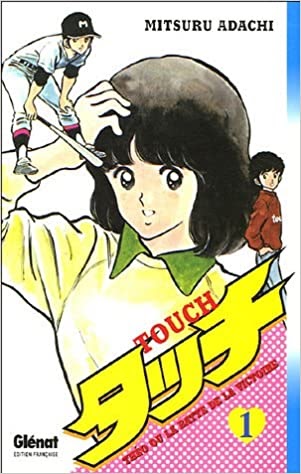 Touch is a coming-of-age story by the iconic Mitsuru Adachi, and it was extremely popular in the 80s. Why? It’s full of drama, romance, and baseball. The show had 101 episodes, 5 animated films, 2 live-action films, and a video game. It also has a sequel, Mix, that serves as a testament to Adachi’s fame in Japan.

The series follows the Uesugi twins, Tatsuya and Kazuya, and their childhood friend, Minami Asakura.

Kazuya devotes himself to baseball to fulfill a childhood promise he and his brother made to Minami. Tatsuya lives in the shadow of his younger brother and lives a non-confrontational life. When Kazuya is just about to fulfill his promise, he is suddenly killed.

It is now up to Tatsuya to take Kazuya’s place and fulfill the promise.

Tatsuya seems rather lazy and selfish; however, he’s not any of those things. He’s athletically talented, but he chooses to let his brother shine. He is also not competitive, and this causes a lot of problems for him.

Kazuya is a seemingly perfect guy. He gets good grades, is a great pitcher, and is attractive. However, Kazuya knows that if Tatsuya put in an effort, he would immediately surpass him.

Minami is hard-working, athletic, and attractive. Like Kazuya, she is the perfect girl. She originally wanted to focus on supporting the boys in their baseball career, but she decided to join gymnastics and became a star on her own. 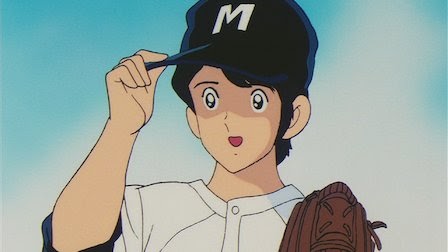 What Made It Popular?

The series is heavily rooted in reality. It does a great job at bringing the audience into its world through its drama.

The tension between the Uesugi twins is a driving force in the first fourth of the series.

Tatsuya lets his brother succeed while he fades in the background. This brings forth a lot of anger from Minami because she knows he’s actually talented. Of course, this also brings a lot of tension between the twins because Kazuya knows the second Tatsuya decides to get serious, his time in the spotlight is over.

After Kazuya’s death, the spotlight is now forced on Tatsuya. However, Tatsuya is a little reluctant to get into it at first but ultimately decides to inch towards it.

Once he joins the baseball team, he does have to work hard to be as good as his brother was. I, personally, appreciate that Tatsuya does have to make up for lost time. There’s only so much athletic talent can do for someone after they stop practicing their sport.

This makes Tatsuya’s rise to the top more satisfying. On top of having to deal with the sudden death of his brother, Tatsuya also has to endure many more hardships before he can fulfill the promise the twins made to Minami.

One of these hardships is the new coach the baseball team gets after their previous coach falls ill. The way they accidentally recruit the coach is silly, but the new coach himself is anything but silly. He’s extremely abusive towards the team.

The students report the abuse, and the school officials ignore it. This becomes a hardship the team must endure to make it to nationals. However, with Tatsuya leading the team, the team is inspired to endure the abusive regiment.

Another key part of the series is the romantic back and forth between the Uesugi twins and Minami. The childhood friends troupe demands that Minami pick one of the boys. Outsiders believe that Minami should end up with Kazuya.

While Minami loves both of the boys, her romantic feelings have always lied with Tatsuya. However, Tatsuya gives up on his feelings for Minami when he learns that Kazuya also loves her. Minami’s feelings are unwavering, and she always picks Tatsuya over Kazuya.

As the romantic lead, we expect Minami to be passive and just go with whatever society pressures her to do, but she follows her heart and seeks her own happiness. When she confesses to Tatsuya, twice, he writes it off as a joke or a fever dream.

Of course, as the series progresses, Tatsuya grows and learns that he is worthy of happiness.

Overall, the series is a feel-good story about Tatsuya’s journey to happiness. With 101 episodes documenting Tatsuya’s difficult journey, it’s not hard to see why it was one of Japan’s most popular shows in the 80s.