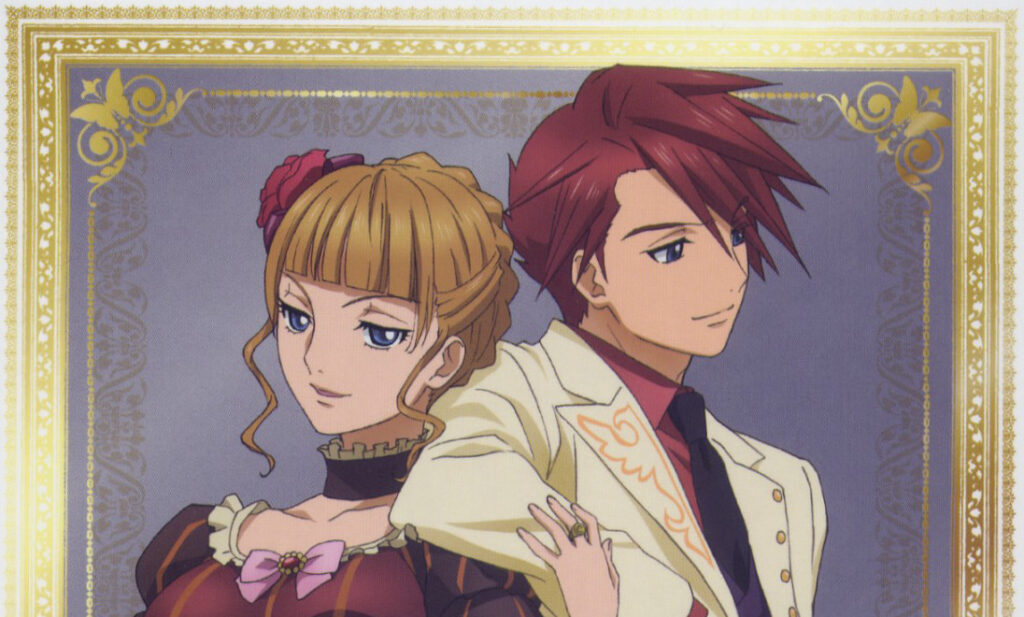 Once Higurashi When They Cry: Gou let the cat out of the bag in episode 2 and revealed its true colors as an anime sequel, not a remake, the entire downtrodden fan community surrounding Umineko When They Cry took a big deep breath.

Aside from getting to see 07thExpansion characters in animation again, several things about Higurashi Gou seemed to hint at an Umineko anime remake. First of all, the silhouette of Featherine could be glimpsed in the opening, later appearing under the name ‘Auau.’ She’s a very important character in the Umineko narrative, although explaining exactly how would constitute a fairly major spoiler.

As Higurashi Gou went on, it became clear that the series’ main objective was to fill in some gaps that have always plagued the overall When They Cry metanarrative. In Umineko, the characters of Bernkastel and Lambdadelta are very clearly modeled after Rika and Satoko, but their backstories are a little different: namely, Lambdadelta claims that Bernkastel ‘beat’ her in a centuries-long game. This obviously refers to the incident in Hinamizawa, but throughout all the looping, never once was Rika ever fighting against Satoko. Gou rectifies that by turning Satoko into an antagonist, albeit for dubious reasons.

Putting my criticisms aside for a second, this sets up perfectly well for Studio Passione to thunder on and produce an Umineko anime remake. We’d understand perfectly well why Bernkastle and Lambdadelta are at war with each other, but this begs the question: what’s wrong with the one that already exists?

Produced by Studio Deen in 2009 shortly before the original visual novel’s fifth episode was released, the original Umineko anime is somewhat maligned among fans of the series. Those wanting to get into it are always told to avoid the anime and go for the original visual novel, which I would agree with, but much of the criticism is overblown in my opinion. While the character designs can be pretty bad and the overall aesthetic dated, it does tell a competent version of the story.

Even so, it’s not without its flaws. First of all, the limits of the adaptation mean that it hardly captures one whit of the original story’s atmosphere: scenes and conversations are cut down to the bone in an attempt to fit the content of a forty-hour visual novel into just twenty-six episodes. It feels like the whole story is on fast forward, like you’re just watching an animated wiki summary. Hardly a compelling watch.

Unless Studio Passione was somehow able to wrangle fifty episodes out of the TV network, it’s unlikely that a new Umineko anime remake would fix this problem. However, one problem that could be overcome is the fact that the original anime only adapts half of the story: it never returned to tackle the Answer arc, consisting of episodes five through eight. As a result, potential anime-only viewers will never understand why the Rokkenjima murders happened, nor who did it.

That being said, this inevitably begs the question: why did Studio DEEN never return to adapt the full story? It could have something to do with the company’s decline throughout the 2010s, although the answer that’s often given is that Umineko was simply not popular as Higurashi was in Japan. When looking at the sheer number of Umineko circles that attend the annual 07thParty doujinshi event, however, this seems unlikely.

Rather, it’s a bit of a chicken and egg question. Given that Higurashi has received multiple adaptations throughout the years (not just based on the original visual novels, mind, but also anime-original stories) does this not provide for it a higher profile? Might Umineko hold the same kind of profile if it had been adapted all the way through, instead of languishing half-done?

In any case, anime is no longer just produced for the Japanese audience. Funimation is heavily involved with Higurashi Gou, even being listed as a producer. There is certain validity to the argument that Ryukishi07 burnt bridges with some fans because of Umineko’s controversial ending, but that hasn’t affected the series’ status long term. There is also now a large international Umineko fanbase that didn’t exist before, mostly thanks to the fact that the original visual novels are now available officially in English. The latest 07thExpansion work, Ciconia When They Cry, even draws inspiration from this.

All the pieces are in order. You have a new Higurashi series that leads perfectly into an Umineko anime remake, explaining some of the gaps in the metanarrative. You have an adaptation that, while competent, never ended up finishing the story. And finally, you have an anime industry and a fanbase that’s much more international than it was before.

You can purchase the original Umineko When They Cry visual novels on Steam courtesy of MangaGamer and Witch Hunt. The anime, unfortunately, is no longer licensed in English.