Why You Should Play Final Fantasy XIV: The Anti-MMO MMO – OTAQUEST Selects #12

(This entire piece is spoiler-free for all current Final Fantasy XIV content.)

Greetings, and (hopefully) welcome, from a long-term resident of Eorzea.

2020 has been a year of exploring the great indoors. Gathering places are finally beginning to open up worldwide, though a complete return to normalcy may be a tad further off. Even those of us on the introverted side have begun to go stir-crazy as we hit the monumental sixth month of lockdown. But humans have a certain resiliency in these situations, and let’s admit it: popular media has been our salvation. Video games have provided the perfect fantasy worlds to explore during days that are now endlessly predictable. For friends far apart, they have provided a way to be together. What better place to meet than in the world of Final Fantasy, a series which has been granting the masses escapism for over 30 years?

It might be important to know where I stand on the MMO front, so know this: I don’t like them, and never have. While I have no doubt that the lore in World of Warcraft is incredible, I quit playing after about two months due to the cliquiness of the players and the constant need to be social. Yes, I’m aware that sounds ridiculous. (A massively-multiplayer online game expected me to interact with other players, the shock!) I’m an only child and grew up gaming solo. Fair enough, I thought. MMOs just aren’t my thing.

I’ve been a massive Final Fantasy fan since 1997, having played every entry to the series including spinoffs, but I’ll admit: XIV was the missing link in my chain for years. Of course, the first release of XIV 1.0 back in 2010 was a complete and utter failure for the company: I’m talking about the second coming of the game, releasing in 2013. Even with these fixes, could a tried-and-true Final Fantasy story really translate to an online game? Would it have the same feel as those classic titles, or could I expect something utterly unrecognizable? Could this really be called a Final Fantasy game?

After logging about 600 hours of playtime so far, I’d say ‘pleasantly surprised’ would be a massive understatement.

What is the draw of any Final Fantasy game? Looking back at the series as a whole, despite most entries having their own stand-alone stories, there is something singular which binds them all together. Some people may say the stories are the most memorable aspect of Square’s signature series–from Aerith’s demise in Final Fantasy VII to the famed Sending scene in X, there are countless moments which have stood the test of time. If you’re like me, you hate knowing that you’re coming to the end. You say to yourself ‘I wish it could just be a little longer,’ or ‘I just want a little more, I don’t want to have to say goodbye.’ 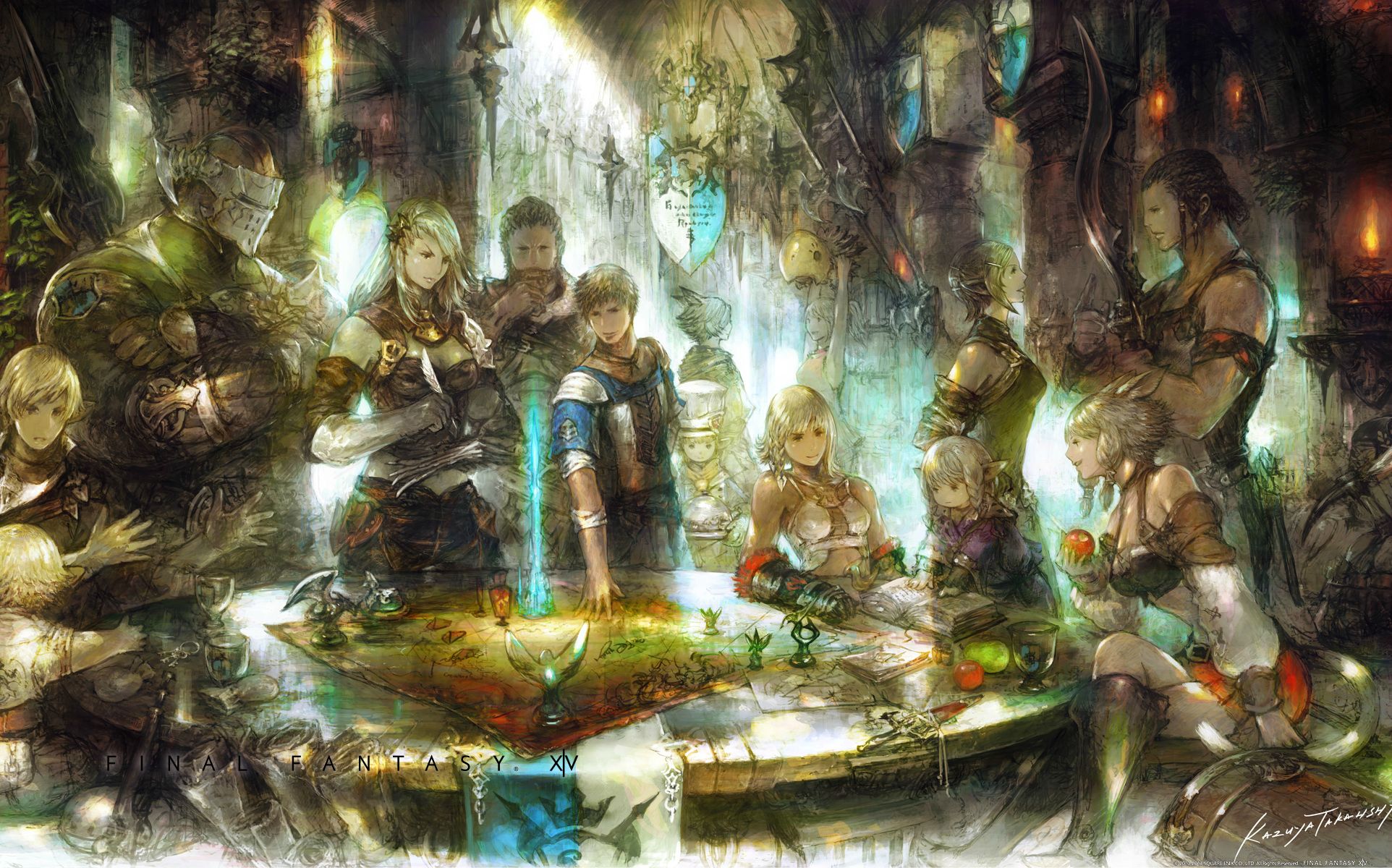 Final Fantasy XIV is, by sheer mass alone, the length of multiple titles condensed into one. The first chunk of the game, titled A Realm Reborn, has been known to be slow-moving when it comes to getting the ball rolling plot-wise. If you’re looking to start playing now, this has been fixed by the recent path 5.3, which has removed about 13% of those pesky fetch-quests which litter most games in the MMO landscape. Truthfully, once you finish this first part of the game, those types of quests disappear, and you’re left with a story on par with every other major game in the series. A little patience is required, but hey, you’re used to patience if you’re a Final Fantasy fan. Think of all the grinding you’ve done!

Heavensward, Stormblood, and Shadowbringers–the expansions released so far–all have common characters and strings which bind them together, not least of which is your character. But they also each have their own distinct feel, meaning that progressing through the game, despite being lengthy, never gets old or stale. There are always new lands to unlock, new people to meet, new mysteries to solve. And like every other title, there are plenty of sidequests and mini-games if plot-fatigue happens. Feel like going fishing in Costa del Sol or learning to cook? Want to play the classic Final Fantasy VIII card game Triple Triad or go gamble at the Gold Saucer? Even if you’re new to XIV, you’ll feel right at home as an old fan. There are gallons of nostalgia everywhere you go, and there are plenty of Easter eggs to discover as you continue your adventures through the open world of Eorzea.

Not to worry–the game doesn’t rely entirely on that nostalgia. By the end of A Realm Reborn, you’ll be deeply invested in the characters, and in the world they are fighting to save.

Tied with the importance of the story in a Final Fantasy game, I’d argue, is the music. Worry not–Nobuo Uematsu composed quite a few tracks throughout the game, including both epic boss themes and those tearjerking credit-role ballads. The rest of the music was largely composed by Masayoshi Soken, who has made a name for himself working on this project. Believe me–plenty of these will find a place in your Spotify library before you know it. If I could recommend a track to get you hooked, try Revolutions, the theme of the Stormblood expansion. It’s that grand sound that makes a Final Fantasy game what it is–larger than life, orchestral, and eternally memorable. You’ll find that in XIV, and easier than you think.

The answer is: mostly yes.

Logging into the game, you will see other players running around with you. If you so choose, you can find someone to mentor you on the ins-and-outs of the games many mechanics and can feel free to ask questions to anyone you pass. Worry not about the community, to start–in all the hours I’ve played, I have never come in contact with anyone rude when it comes to new or experienced players. I won’t say those people don’t exist in the game; every group of fans has a few bad apples. But if you’re worried about the learning curve? Don’t be. It seems to me that XIV are passionate about the series above all else, and are always excited to welcome a kindred spirit to the world.

Despite my positive impression of the community, back to the title–yes, I would call XIV an anti-MMO because it’s incredibly easy to play through the story without speaking to another soul, outside the NPCs. If you want to play the game solely to fill in the gaps in your knowledge of overarching Final Fantasy lore, don’t worry–there’s no need to join a guild or chat with a single stranger. The only exception would be the dungeons, trials and raids that take place throughout the story. While a party is needed for these quests, the game will simply pair you up with other adventurers randomly, and you can participate without typing a single word in chat.

Admittedly, I went into the game fully intending not to speak to another soul. Having changed my tune a bit, I’d only ask you to keep an open mind. The beauty of XIV is the freedom you have, more than in any other title in the series. Play how you like, and enjoy being a part of the worldwide community of passionate fans–even if you remain as silent as the protagonist. 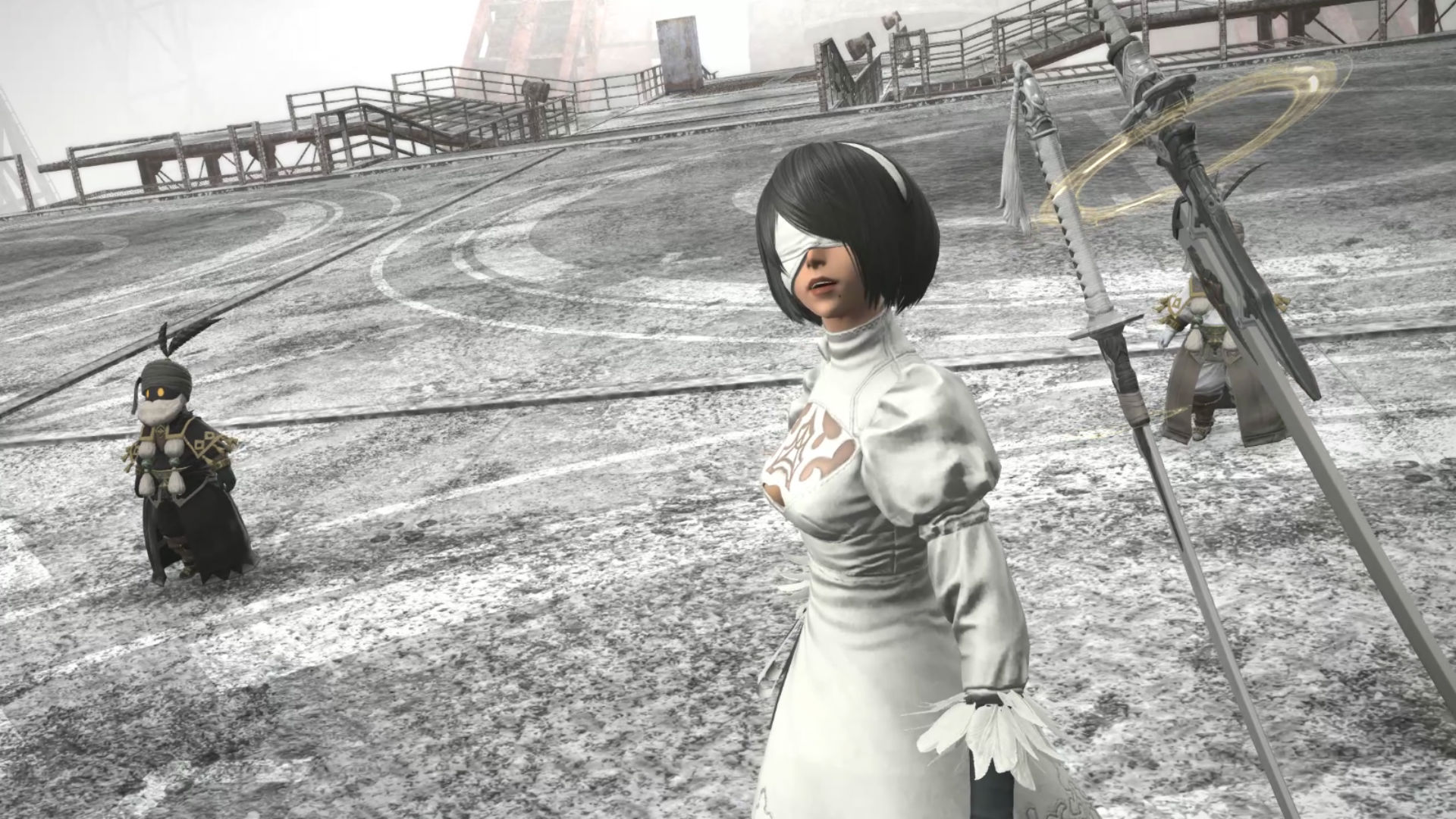 If you stay up-to-date with gaming news, you’ve probably seen the evolution of Final Fantasy XIV over the past few years. Besides the release of three massive expansions to date, the game has also partnered up with plenty of other IPs, from Monster Hunter World to Nier. Recently, we reported on the current Yo-kai Watch event, allowing players to collect plenty of yo-kai from the popular series. I’ll admit, that’s not a crossover I’d expect, but that’s another perk of the game–you never know what each patch will bring.

Given that Final Fantasy XIV is the second most-subscribed MMO on the market right now, it’s safe to assume that content will continue to roll out for some time. To my surprise, today, Final Fantasy XVI was announced at the Playstation 5 Showcase–with Naoki Yoshida, the Director and Producer of XIV also acting as Producer of the upcoming main title. (Can someone make this man take a nap?) Even with his busy schedule, I’ve no doubt that he’ll keep the content coming. And if you know the history of 1.0, you’ll also know that Yoshi-P takes no shortcuts.

Despite the massive amount of content available in the title, players should always feel free to experience the story at their own pace. Though the monthly cost may deter some people, the current free trial allows play up to level 60. This is worth a quick download–what have you got to lose?

Well, you might get hooked like me, and lose a bunch of free time. But I’d rather spend my time in the world of Final Fantasy than 2020 Earth any day.