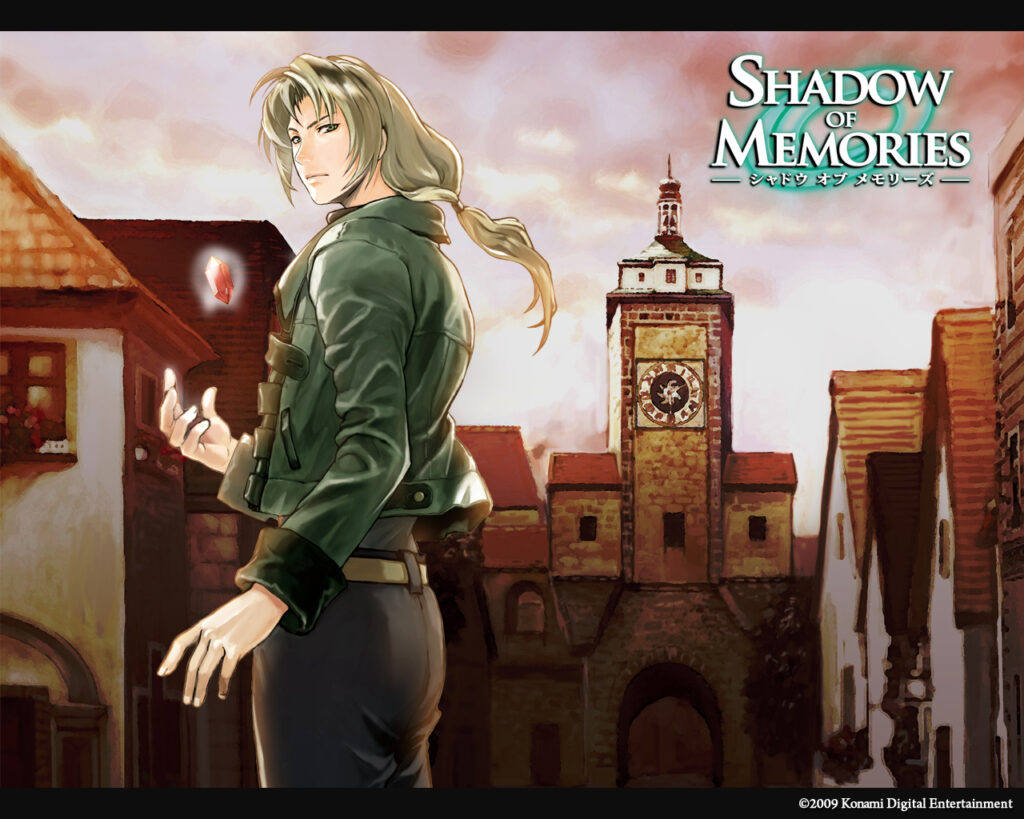 Why You Should Play Shadow of Destiny: A Story-Driven Konami Title Lost to Time – OTAQUEST Selects #20

When someone mentions Konami, most (normal) peoples’ brains conjure images of Pyramid Head, Solid Snake, or a certain ubiquitous children’s card game. They don’t immediately think of a two-decade-old time-travel mystery adventure game set in a sleepy German village and released on the Playstation 2. In 2020, approximately one human being still thinks about Shadow of Destiny (or Shadow of Memories, as it’s called everywhere except North America.)

I feel like I am the only one who still replays this incredibly bizarre mash of terrible character designs and delightfully spooky ambiance. And that’s what makes it so difficult to pin Shadow of Destiny down: it’s wonderful, and it’s terrible. Some reviews give it one star, while others give it a 9/10. It does something so utterly unique, enough to leave a long-lasting impression, but it doesn’t do it exactly right. It’s almost masterfully flawed.

And it all begins with you getting stabbed.

Go Back in Time. Don’t Get Murdered. Rinse & Repeat.

After being unceremoniously killed during the game’s opening credits, a curious creature named Homunculus gives blonde-haired, empty-headed hottie Eike Kusch the power to travel through time. Over the next eight chapters, the player must time and time again prevent their own untimely demise, often by the most ridiculous means imaginable.

Get killed by an assassin in a tree? Obviously, you should go back 400 years to make sure the tree is never planted! (Before you ask, no, you can’t just simply avoid the tree. Eike overthinks everything and is incredibly stupid. But that might be his only memorable quality, so it’s best to appreciate it.)

But it’s those hilarious extremes which make the game so enjoyable. As you progress, you meet a cast of strange characters who (sometimes) do have an impact on your own survival. With most time-travel media, the protagonist needs to be careful not to inadvertently impact the timeline in a way that could lead to a paradox. The same holds true in Shadow of Destiny, though it is very possible to make mistakes despite the title’s linear design. 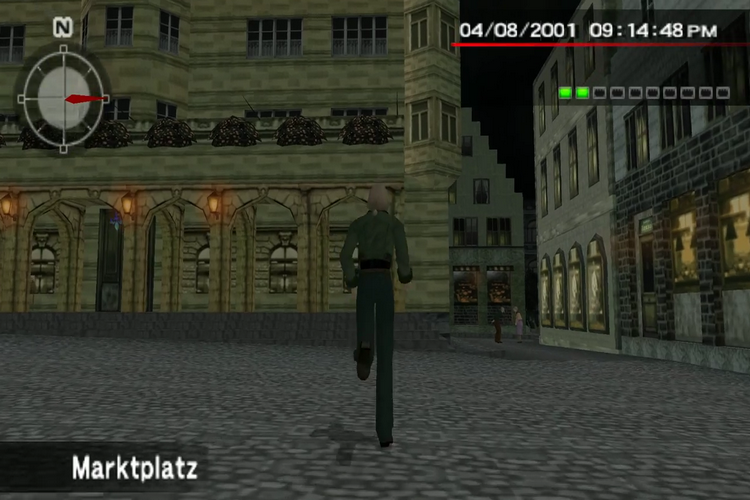 Luckily, the replay value is strong, and the player seems almost encouraged to make mistakes. Technically, there are nine different endings the player can discover, a novel addition that had me desperately playing the game over and over again. 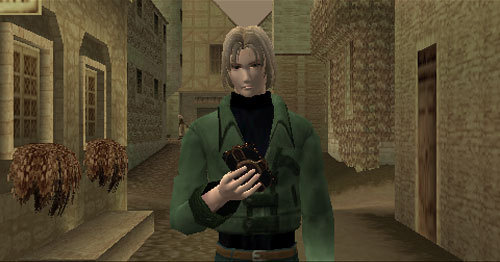 The first few playthroughs are fraught with tension and a feeling of being rushed, compounded by a very sparse and eerie soundtrack. You won’t be racing the clock as desperately as you would in a real time-trial, but after seeing yourself being murdered over and over, the game doesn’t come across as ‘leisurely’ either. Players do need to be cognizant of the time of their death and solve the mystery before it comes to pass. And yes, cut-scenes and dialogue take up time as well; you’re not going to stop the clock. The boogeyman is coming, and you need to think quick. If you think of trying to cheat the system by hiding out in another time to avoid your murder, think again. Eike needs to be in his own time at the correct time, or it’s game over.

There are no combat mechanics, no HP bar, and not a single action element, but Shadow of Destiny will raise your blood pressure in less-traditional ways. This is a title of exploration and creative thinking, not of simple skill or button-mashing. What you do in the past will have a very real impact on the future; even something as small as picking up a single item.

If you’d like a different kind of challenge, this might be just the title to test your head instead of your fingers.

You’ve Never Played Anything Quite like Shadow of Destiny

The time-travel trope is nothing new, but for one game to tackle it with such gusto and lack of fear was as refreshing twenty years ago as it is today. Ambitious for a Playstation 2 title, I struggle to think of something even remotely similar in my library since. Eike might have the personality and likeability of a faded brick wall, but what he lacks as a main character is easily remedied by the sinister feeling of the world itself. The story is so oddly compelling, it seemed a race to give each character a happy ending, no matter how many playthroughs it took.

The graphics were nothing special for the year 2001. Each time period has its own color palette, no doubt to cover up the less-than-perfect textures (I’m personally a fan of the 1500s being a pervasive shade of brownish-yellow). But, as with Eike, visuals are secondary to the story. Modern games have to hit the mark on every single aspect, from voice acting to frame rate, but the early 00s were a simpler time. Maybe we just didn’t need as much to be entertained. 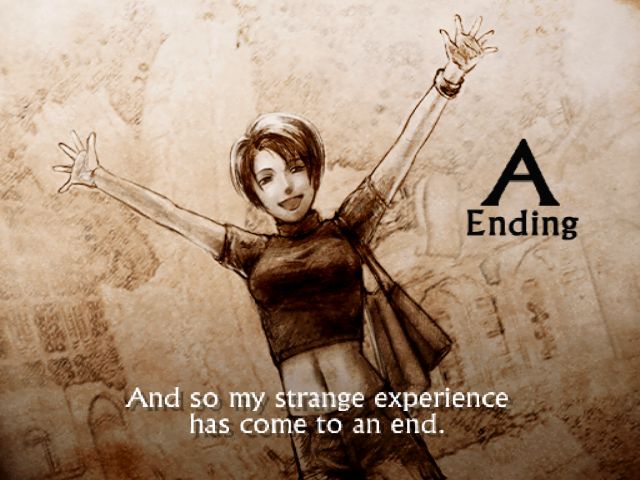 The game received a PC port in 2002 (which can be found on Amazon for dirt cheap), and an Xbox port in the same year, though the latter was strangely only found in Europe. 2009 saw the game ported to the PSP, with zero graphical upgrades or changes. Seeing those incredible PS2 graphics on a WAY smaller screen was subject to taste.

Would I want the game to be remastered and put on a newer console? Sure. Any diehard fan of an older game would likely say the same. I’d love for Konami to just do the game over completely, not only with improved graphics, but with a more immersive landscape and even more puzzles. There was something so indescribably special about Shadow of Destiny, something which the company has never replicated despite its various successes.

At the end of the day, I’d rather not see this title lost to time.