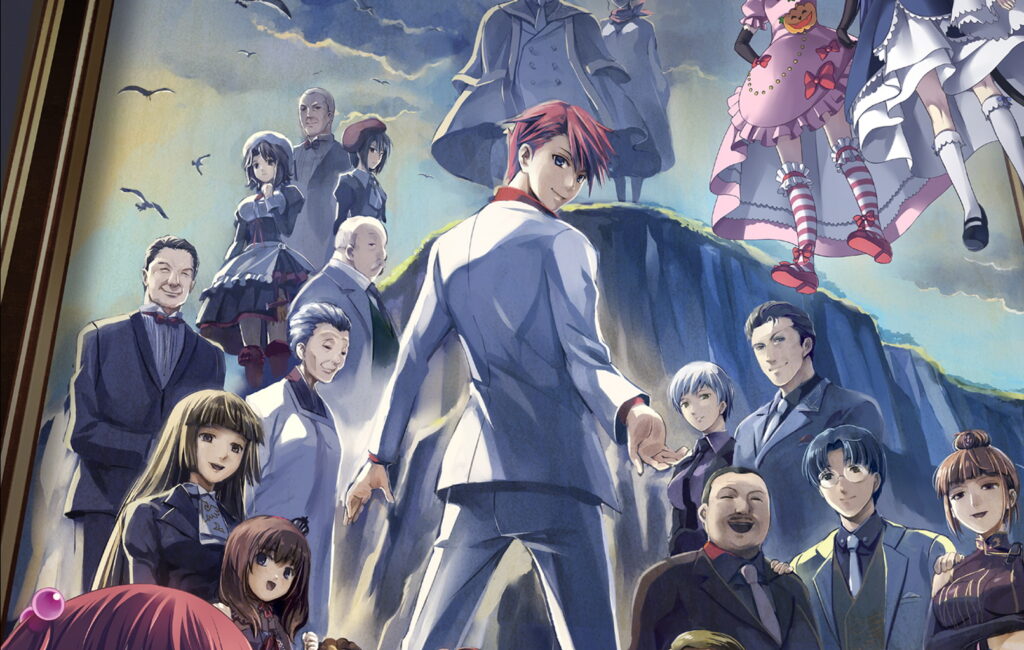 In recent years, the fandom surrounding and appreciation for Ryukishi07’s Umineko When They Cry (Umineko no Naku Koro ni) series of games has increased exponentially. Part of this is due to the fact that visual novels are now more accessible than ever in the English language, but it also has everything to do with the inherent strengths of 07th Expansion’s title. Not only is it a masterpiece of the mystery genre, it also goes beyond to become a story full of infinite charm, wisdom, and universal appeal. Here’s why you should play it.

Right off the bat, we should acknowledge that Umineko is notoriously slow-paced. It takes a good couple of hours before its first episode, originally released in 2007, really gets off the ground, and there are eight more of them to uncover after that (actually more, if you count the special editions). All in all, this means that the series takes around 80 hours to fully read and appreciate, which isn’t exactly a small commitment.

Nevertheless, good things come to those who wait. How many hours have you spent mindlessly watching seasonal anime or plugging away at your favorite mobage? Probably more than 80 hours, which puts things a little into perspective. Besides, Umineko doesn’t extend its runtime for the sake of it: the series uses every second of its time to better explore its characters, establish its world, and carefully craft its atmosphere. Even that notoriously slow-paced first episode uses its opening hours to firmly place the reader on the island of Rokkenjima, frequenting them with its layout, eccentricities, and all-pervasive mood. 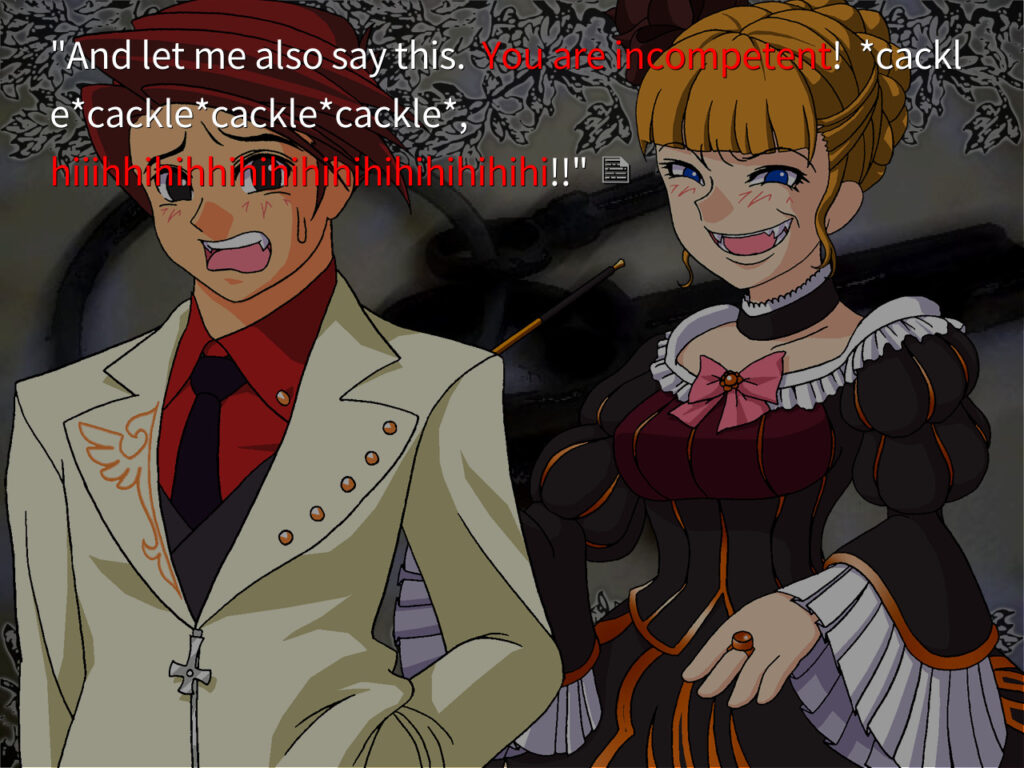 Perhaps the best way to dive into Umineko, then, is to have a firm idea of what the series is shaping up to be. To put it very simply, Ryukishi07’s story is essentially a version of Agatha Christie’s And Then There Were None: the Ushiromiya family, a nouveau riche clan in the 1980s, are summoned to their progenitor Kinzo’s private island for the annual family conference. But rivalries swirl and tensions are high, which lead to murder. Finding out who killed who, why, and how is left up to the character of Battler, the protagonist.

That plot description is, however, still far too simple. It becomes very clear very quickly that Umineko is far more than a simple murder mystery when the murders do not stop and how they are performed becomes ever more elusive. Saying any more would ruin the surprise, but safe to say that what Ryukishi07 has crafted here is something much more unique: a treatise on life, how to deal with loss, and a challenge on the fundamental ways in which we carry out our everyday lives. Even when the series’ final episode has wrapped up, it will stay with you forever.

Part of how Umineko manages to achieve this is through its characters. As mentioned, the characters of the series’ fairly large cast are all very well developed, with each and every one of them possessing a unique personality, hopes, and dreams. True, some of them get more screen time than others (Battler, in particular) but none of them feel left by the wayside in the course of the series’ narrative. In fact, so compelling are the characters that they overtake the actual narrative of the series – the overall mystery – in terms of reader attention at a certain point. 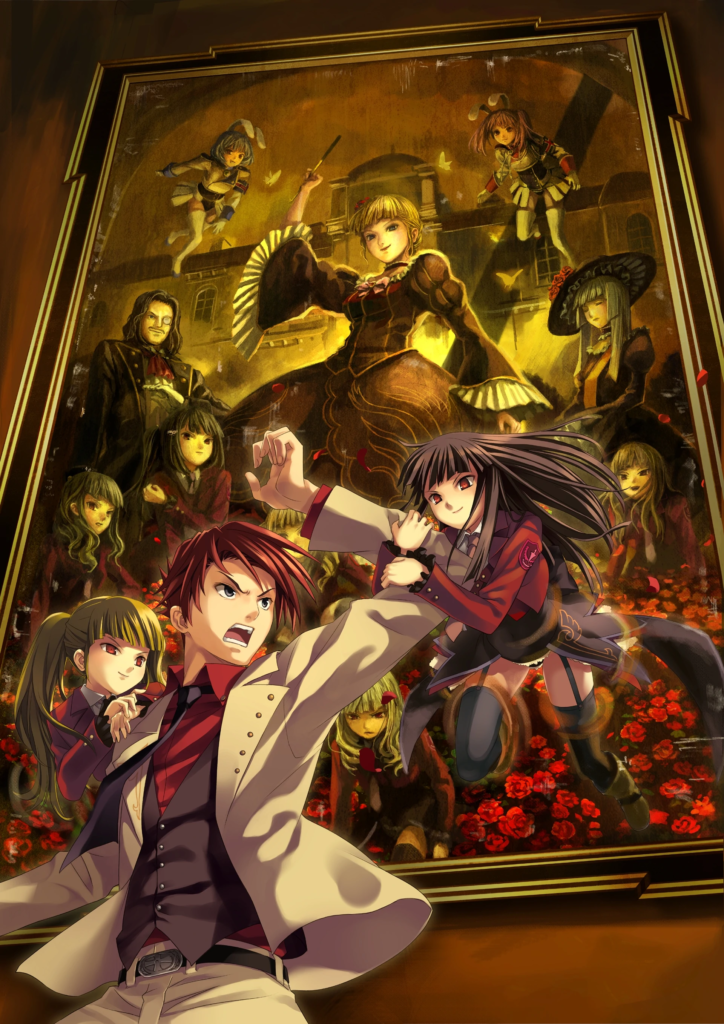 Another important factor in Umineko’s success is its fantastic soundtrack. Bringing over much of the team from Higurashi When They Cry, Ryukishi07’s musical collaborators make or break certain scenes with their stellar work. It is a shame that none of it is available to stream legally online, but rest assured that there are tracks for every mood: downbeat, upbeat, tragic, and euphoric. There is a reason why the series’ OST has not left my rotation since I first heard it back in 2016.

Furthermore, while the version available on Steam via Manga Gamer is very good, I would recommend using the PS3 sprites instead of the included ones from the pachinko game. Due to legal issues, the company wasn’t able to obtain the former and instead had to use the latter, but it is widely agreed that the PS3 ones look the best. You can patch them into the official English release via 07th Mod.