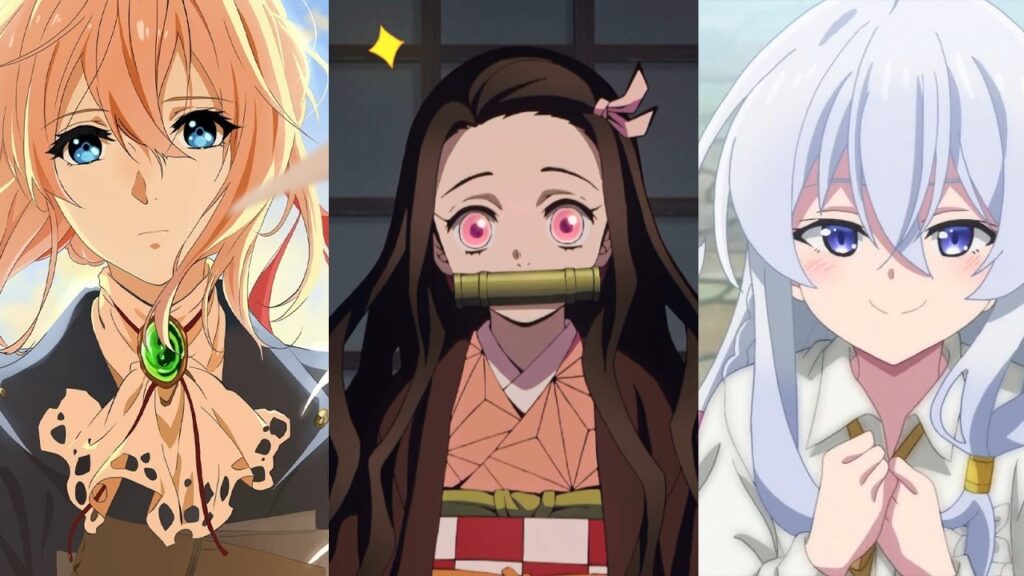 Let me start with this: Below is my waifu. There are many like her, but this one is mine. 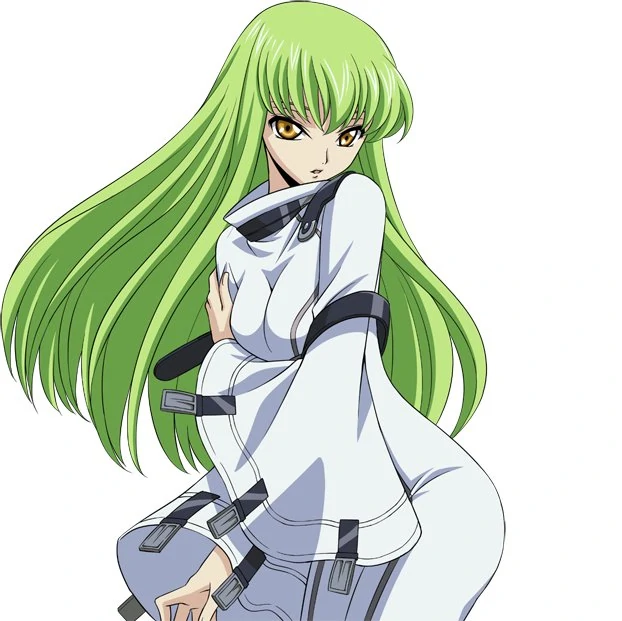 It is 102% factual that C.C. is one of the greatest characters to grace anime. Without her, Code Geass falls apart. Forget about all the politics or philosophy or giant mechs, or whatever. Because honestly, who needs those things when you’ve got the #1 Best Girl™ ever? She’s all you need! Just look at those attractive eyes which glow with an enticing yellow. Or her green hair that flows like blades of grass. Her slim, sexy design is proof that CLAMP really knows how to design the perfect character. C.C.’s obsessive affinity for pizza is another plus in my book; I would let her run up my bank account on Pizza Hut any day of the week. And without hesitation, either!

How about sharing Saber’s dub voice actress from the original Fate/Stay Night? What more could you possibly ask for? 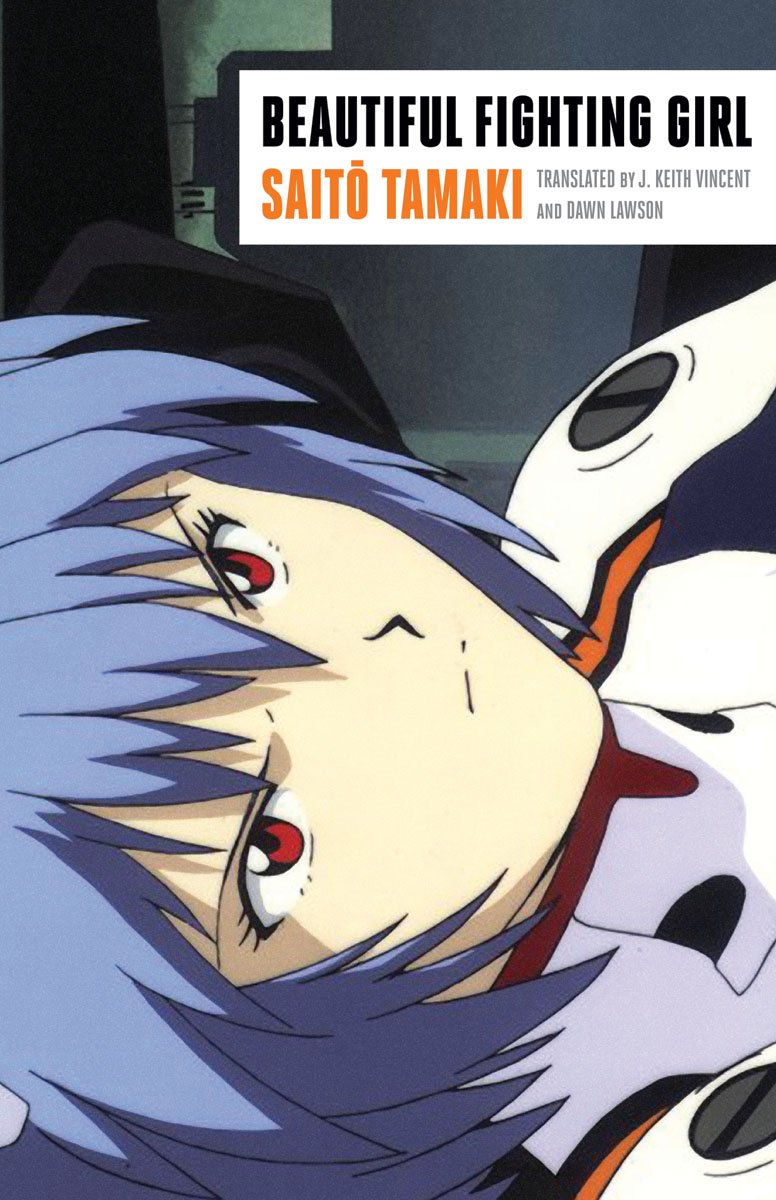 Published in 2000, Tamaki Saito’s Beautiful Fighting Girl is a book that carefully examines why anime fans love their 2D girls, as well as what this parasocial relationship means in a cultural and psychological sense. Around that time, the atrocities committed by Tsutomu Miyazaki still lingered on in the memories of ordinary Japanese citizens, with many of them viewing Akihabara as a high-tech Sodom and Gomorrah.

The Evangelion phenomenon of the mid-to-late 90s would make otaku culture too big to ignore and even inspired Toshio Okada to promote otaku culture at university lectures. And yet, a lot of folk were still apathetic towards the idea of understanding otaku, lambasting the obsession over icons like Rei Ayanami to be childish and boorish. As a professional psychiatrist, Saito expressed interest and sympathy towards otaku and wanted to understand their behavior as a means of reversing the stigma surrounding them. His book demands we take a more open-minded and positive approach towards the sexual oddities of otaku culture.

The book is a slim read at just a little bit over two hundred pages long. But don’t let the length fool you. It’s so dense and riddled with complex theories that it feels about as big and engrossing as The Brothers Karamazov. Saito leads his readers down some interesting corridors along the way that are as intellectual and entertaining as they are bizarre. He starts off his first chapter by defining who otaku are and how society and other psychologists perceive them. From there, Saito explains that anime girls radiate a unique cute femininity that allows their fans to possess them in an imaginary, fictitious way. Saito claims this fantasy doesn’t necessarily take the otaku out of reality, but rather allows the otaku to better identify with his postmodern reality.

Saito does all sorts of things to prove his point. He sets up email conversations with anime fans to shed light on how they experience their desires and fantasy through anime. A particularly long-winded email from an otaku obsessed with Wedding Peach reveals all the perverse joy in obsessing over animated women through merchandise, figurines, and doujinshi. This conversation more or less presents the classic ‘fiction vs reality’ argument: being attracted to anime girls doesn’t make you a perverted weirdo in the same way liking violent video games doesn’t make you a gun-toting sociopath.

Saito later goes on to discuss the accidental outsider artist Henry Darger, whose 15,000 page opus The Story of the Vivian Girls in what is known as The Realms of the Unreal, of the Glandeco-Angelinnean War storm, caused by the Child Slave Rebellion (yes, that’s really what it’s called) seems to emulate the obsession an otaku has with Sailor Moon or Revolutionary Girl Utena. The surprise peak comes smack in the middle of the book when an entire history of the beautiful fighting girl is unfurled before us, with Saito categorizing different girls by different types (Takarazuka, Splash of Crimson, Alien Next Door, etcetera). Towards the end, Saito goes into a whirlwind of a psychoanalysis bringing up topics such as hysteria, phallus, the triad of Real-Imaginary-Symbolic, and so on and so on.

The past twenty-one years have seen Beautiful Fighting Girl retain its status as a watershed moment in anime and otaku analysis. That being said, as well-argued as Saito points come across, there are a noticeable amount of holes in his overall argument. The most obvious flaw for me here is that Saito’s opinion is openly an outsider’s perspective. Right on page 10, Saito professes he does not consider himself an otaku despite being sympathetic towards their plight, and while he ‘could not live without manga,’ he ‘hardly ever watch[es] anime because [he] cannot stand the images and voice-overs.’ On page 179, he also admits to having ‘very little knowledge of girl games.’ Yet the man still devotes a good chunk of the book to enforce the idea that otaku is a purely Japanese phenomenon (weirdly enough, he refers to Slavoj Žižek as a ‘Lacanian otaku’ in the footnotes). Saito has a knowledgeable grip on otaku culture and seems genuinely invested, yet his lack of experience is detrimental towards his overall argument.

Kim Morrissey once wrote a wonderful blog post critiquing Beautiful Fighting Girl, stating that ‘the reality of otaku sexuality is, of course, more complicated than Saito has made it out to be.’ She rightfully points out another big flaw of the book: the crux of its points is centered around the cis-gendered, heterosexual male and doesn’t discuss the experience of female and the LGBTQ+ otaku. Although the introduction to the English translation states that the male’s relationship with anime women can be seen as parallel to women and LGBTQ+, Morrissey says that Saito’s ‘angle of interpretation completely ignores the many Japanese feminists” and doing so brushes aside analysis of problematic and sexist tropes. This is a very understandable complaint. Again, while enjoying problematic media does not make one problematic themselves, it’s important to understand the societal context of these tropes and what they are reflective of.

Despite its imperfections, Beautiful Fighting Girl remains a must-read and serves as a great gateway for anyone wanting to understand anime on an academic level. Saito’s unbridled enthusiasm towards otaku sexuality is very bold and daring; his best points are still valid and his weakest ones are at least compelling enough to warrant discussion. Anime culture is now bigger than ever, and with that so does the need to understand why we choose to identify with women who, to paraphrase Lacan, literally do not exist.

Now if you’ll excuse me, I have to order a pepperoni pizza now. 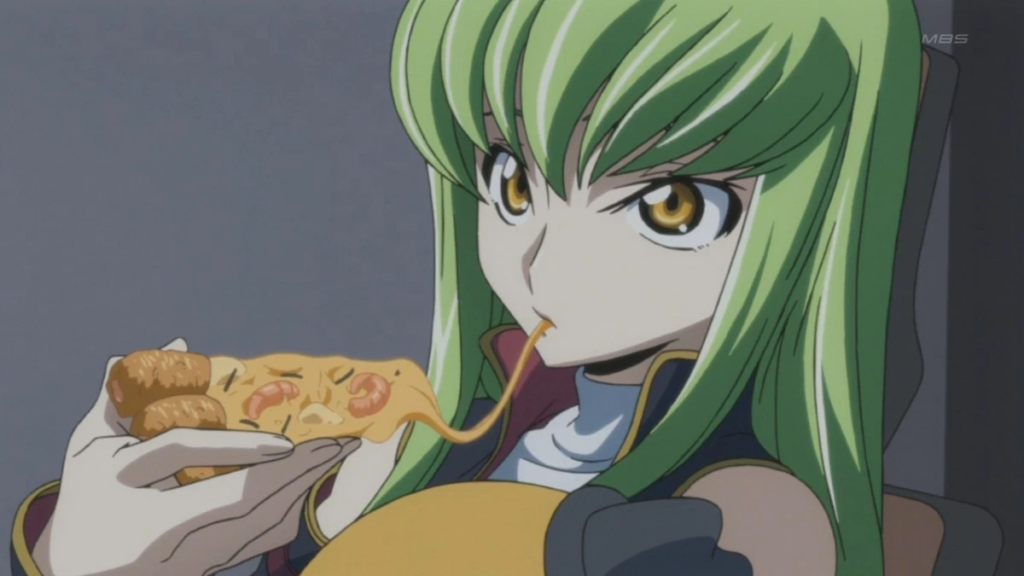