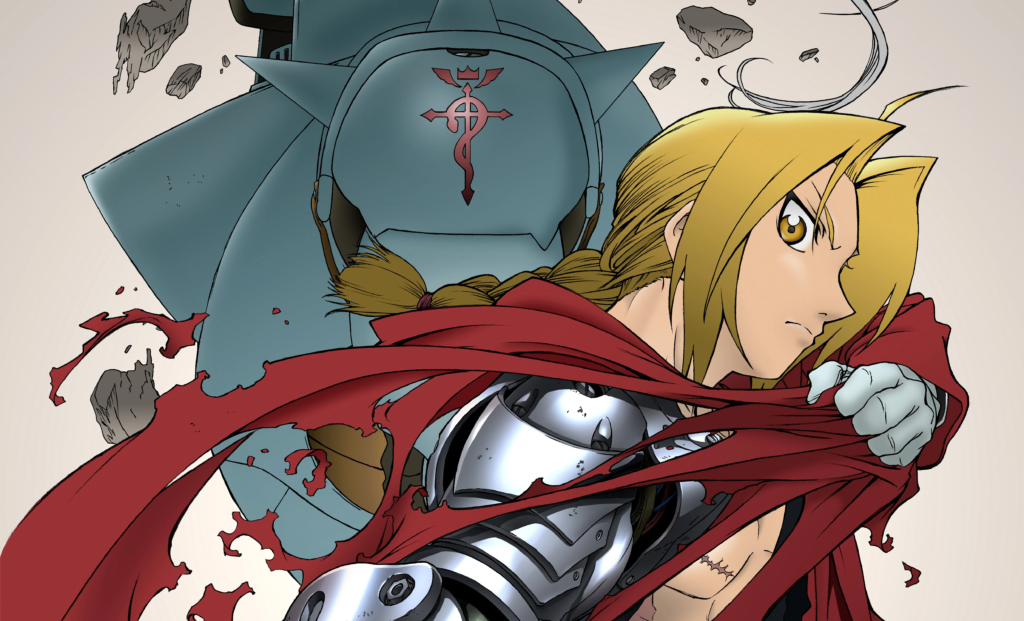 Why You Should Watch Fullmetal Alchemist (2003): The Forgotten Adaptation – OTAQUEST Selects #2

Everyone knows that Hiromu Arakawa’s Fullmetal Alchemist (Hagane no Renkinjutsushi) is a masterpiece. That is hardly a controversial statement. The journey of Elric brothers to regain their lost bodies and make up for the sins of their past has captivated millions the world over, still regularly topping lists of ‘the best anime ever.’ But rarely do people pay tribute to the original manga; even less so the forgotten 2003 adaptation. Here’s why you should watch Fullmetal Alchemist (2003).

Let me paint you a picture. Back in 2003, Arakawa’s original manga had only been running for about two years. Yet, it had proven so popular that Studio BONES approached publisher Square Enix with an offer for an anime adaptation. There were only five volumes of manga available to adapt, but back then it didn’t matter too much; if needed, the studio would make up their story to fill the series’ runtime, which they did. Fullmetal Alchemist (2003) thus diverges heavily from the original story, which makes it the inferior version in comparison to 2009’s Brotherhood when it comes to Arakawa’s original vision. Nevertheless, it has its own merits.

Firstly, Fullmetal Alchemist (2003) has all of the shine and polish that we’ve come to expect from Studio BONES and has rightfully fetched Brotherhood so much praise. When the studio is adapting material from Arakawa’s original manga, it does so faithfully, translating the characters and story’s innate appeal into another medium with fantastic animation and music to boot. So while the staff may be very different between the adaptations, that doesn’t mean that the talent of Studio BONES has deteriorated one iota between the generations.

Fullmetal Alchemist (2003) does, however, enjoy its own, distinct aesthetic. This isn’t anything to do with the shift from traditional to digital animation, as you may expect, but instead more to do with the influence of character designer Yoshiyuki Itou and production designer Aramaki Shinji. The overall palette of the series is much darker, making use of more muted tones and browner hues; this is distinct when compared to the more modern, brighter appearance of 2009’s Brotherhood. Certainly, this is a product of the time, but gives it a unique veneer nonetheless.

Another product of the time was the series’ original ending. Apparently, the divergence from the original manga came from Arakawa herself, who wanted the story and the characters to exist side by side in different mediums. In this sense, Fullmetal Alchemist (2003) isn’t exactly the same as such series as Rozen Maiden and Soul Eater (also produced by BONES), which also employed their own anime-original endings, but suffers from much of the same frustrations: lack of consistency, abandoned plot points, and an obvious drop in quality.

Still, some of the anime-original content in Fullmetal Alchemist (2003) is worth checking out. Starting around the halfway point, the series’ narrative swerves into such bizarre territory that it honestly has to be seen to be believed. The part where Alphonse becomes a living time bomb is  a particular highlight, as it takes the logic of Scar’s characters and elevates it far beyond the original source material. Truly, masterful stuff.

Whenever I recommend family and friends Fullmetal Alchemist, I always try to steer them towards watching the 2003 adaptation first. This is not because I believe that it is the best version of the story, but because watching Brotherhood first removes any drive to go back and revisit the original. The thought of sitting through all of the same story, or at least half of it, again just to get to some sub-par anime-original content isn’t one that is attractive to very many people. But, in a strange way, it may make you appreciate the shine and polish of Brotherhood that much more.

That was my experience, at least. Part of the reason why I defend Fullmetal Alchemist (2003) from so much obvious criticism is because it is the version that introduced me to the series, to its characters and their journey. I have very fond memories of watching the series’ dark, anime-original second half unfold with awe, as it was the first time that I had ever experienced proper long-form storytelling. Certainly, those getting into Hiromu Arakawa’s fantasy series now may not share my appreciation, but it is worth checking out anyway.

You can watch Fullmetal Alchemist (2003) via Netflix.