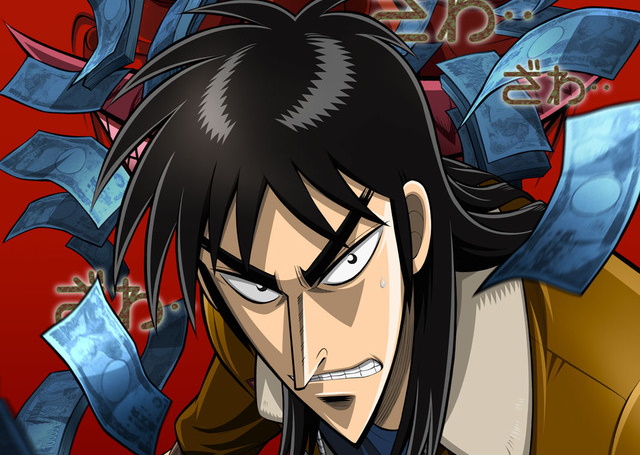 Zawa. Zawa. Chances are that you’ve heard of or come across at least one usage of Nobuyuki Fukumoto’s iconic onomatopoeia. That should go to demonstrate the extent of the impact that the Kanagawa-born mangaka has had over the years, starting with Ten in 1989 and stretching into 2018 with Akagi. Yet, in the west, the Kaiji series functions as perhaps the best place to start – both because of its availability, as well as its accessibility for new readers.

Unlike many of the other series penned by Fukumoto, Kaiji does not limit itself to one particular game, such as mahjong. Instead, it follows the misadventures of 20-something year old “loser” Kaiji Itou, who spends most of his days drinking and gambling. His hobby, however, involves taking his frustrations on expensive cars, which soon lands him in trouble with the yakuza. Saddled with a massive debt, he is left with no choice but to risk it all on a high-stake gamble: his life or his freedom.

The first part of Kaiji, known as Tobaku Mokushiroku Kaiji (Gambling Apocalypse Kaiji), sees the titular main character board a cruise ship known as the Espoir and attempt to pay back his debts by winning big at a special game known as ‘Restricted Rock Paper Scissors.’ This initial part of the series contains everything that makes it compelling in embryonic form: high-stakes gambles, a focus on character psychology, as well as clever writing on the basis of well-established rules. 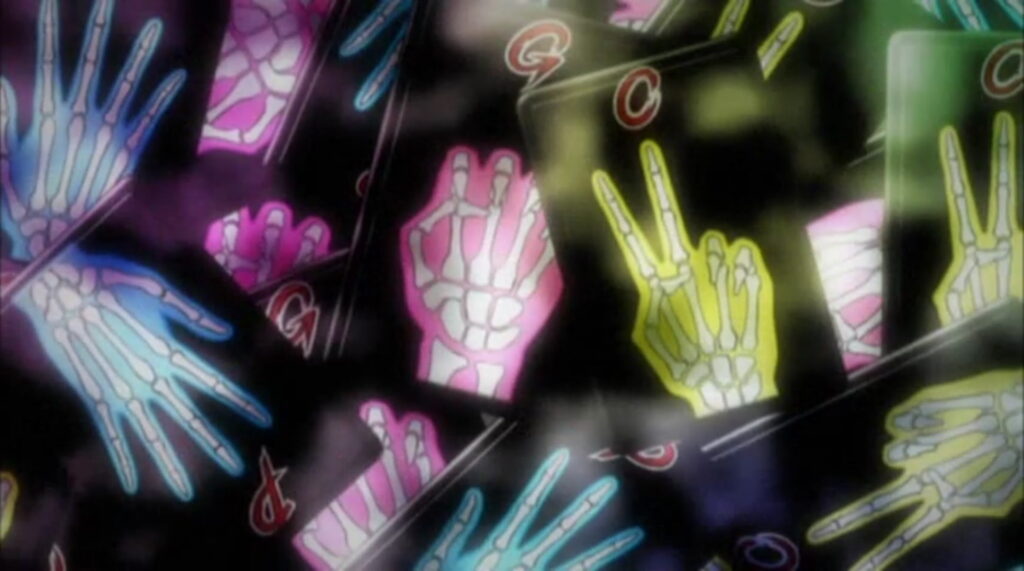 Yet, as mentioned, Kaiji does not limit itself to just one form of gambling. Rather, over the two seasons of the anime, the protagonist takes on many different forms: a special type of card game, a lottery, a rigged dice game, and even a pachinko machine. Indeed, it could be argued that this series showcases Fukumoto’s love for gambling more than any other: by covering so many different forms in many different ways, it truly lends validity to the artist’s decision to dedicate himself to the subgenre back in the 1980s.

Focusing too much on the narrative of the series, however, ignores its emotional core: the character of Kaiji Itou himself. While the series does have many other iconic characters – Tonegawa, Hyodo, Endo, and Otsuki, to name but a few – it is undoubtedly Kaiji Itou that brings the whole thing together. Not only is he the one consistent element between the different parts, he also fulfils his role well as both the everyman and a reflection of the society that he is exposed to: twisted, downtrodden, depressed, and ultimately indignant towards.

The political undertones of Kaiji are plain to see. Kaiji is a representation of the ‘Lost Generation’, a cohort of Japanese youths who found very little opportunity following the burst of the bubble economy in the 1980s. It is no accident that the series is set in contemporary Japan at the time that Fukumoto was writing. Furthermore, the series’ portrayal of the upper crust of society is damning: not only are they often the ones behind the twisted gambles that Kaiji is forced to participate in, their ringleader – Hyodo – is portrayed as a literal blood-sucking vampire who feeds off the labor of his underlings. Karl Marx would be laughing.

But enough of that. What makes the Kaiji anime worth recommending over the manga? First of all, there is the issue of availability. While Denpa did recently pick up the series for English release, there are only two volumes available as of the time of writing. The slow pace of the release schedule means that the prospect of progressing beyond the material covered in the two seasons of the anime is still a long way off, which is a shame.

Secondly, there is the incredible music. While Studio MADHOUSE did a good job bringing Fukumoto’s iconic character designs to life (which we haven’t really discussed here), there isn’t much in the way of animation. It is thus Hideki Taniuchi’s impeccable soundtrack that does most of the heavy lifting. Taneuchi also did the soundtrack for Death Note and Akagi, so you may have heard some of his tunes before. Unfortunately, he is more or less blacklisted from the industry after being arrested for possession of marijuana, which makes the prospect of any future Kaiji adaptations improbable – or, at the very least, not ones as good as the ones produced in 2007 and 2011.

Finally, a word of warning. While the first part of Kaiji is widely considered a masterpiece, its second season – Hakairoku-hen – is more divisive. This is because it zeroes in on a very specific gamble with razor sharp focus, and suffers from pacing issues as a result. Yet, I am firm in my belief that it is one of the best seasons of TV anime ever created – at least, until the anime gets to One Poker-hen.

You can watch Gambling Apocalypse: Kaiji via Crunchyroll and read the manga via Denpa.