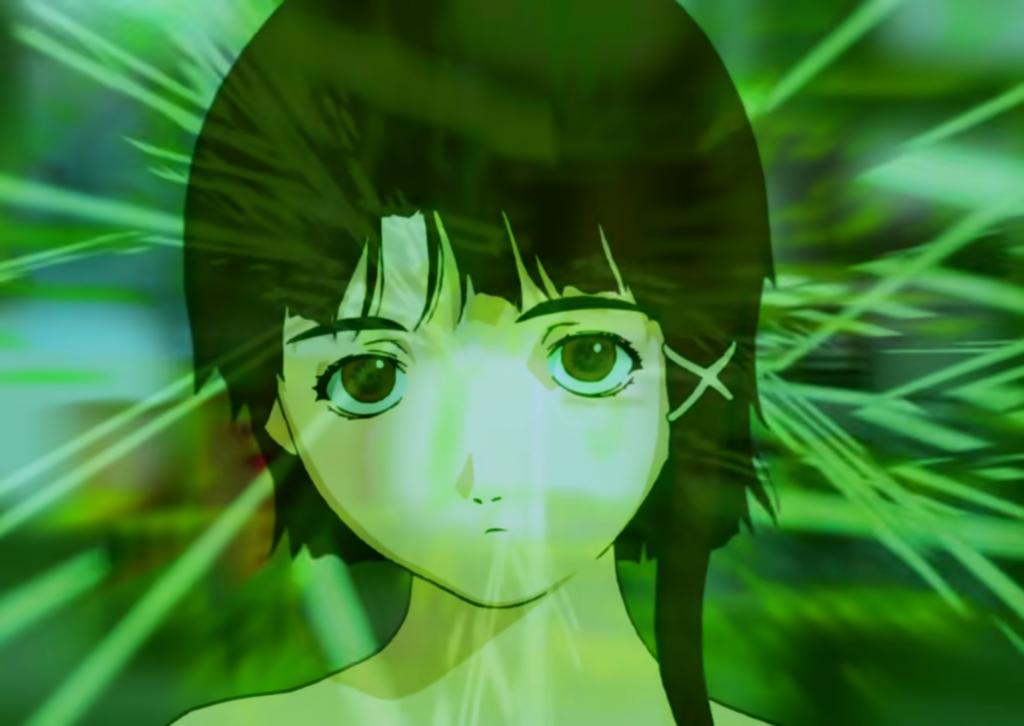 It’s hard to believe that Serial Experiments Lain was released more than 20 years ago. Despite all the things that have changed since then, despite all the technological advancements we have made, it still remains absolutely essential and eerily prescient. The way that the 1998 TV series predicted the future of the internet and of technology more generally has been discussed before, but remains one of the key reasons why you should watch Serial Experiments Lain.

First of all, Serial Experiments Lain has a reputation for being quite confusing. ‘And you don’t seem to understand,’ the opening song by Duvet appears to taunt at the start of each episode. Yet, the core philosophical question that the series asks is quite simple: can the internet become another form of existence? Eiri Masami and the Knights certainly believe so, creating Lain as a godlike figure designed to transcend the physical form.

At the end of the series, Lain rejects her role as the ‘God of the Wired,’ arguing that the internet can only ever be an ‘upper layer of reality,’ not a replacement for it. This is significant in today’s society, where the internet has spread beyond our wildest dreams: a report produced by Hootsuite and We Are Social in 2020 showed that more than four billion people around the world now use social media and the internet each month, meaning over half of the planet’s population. 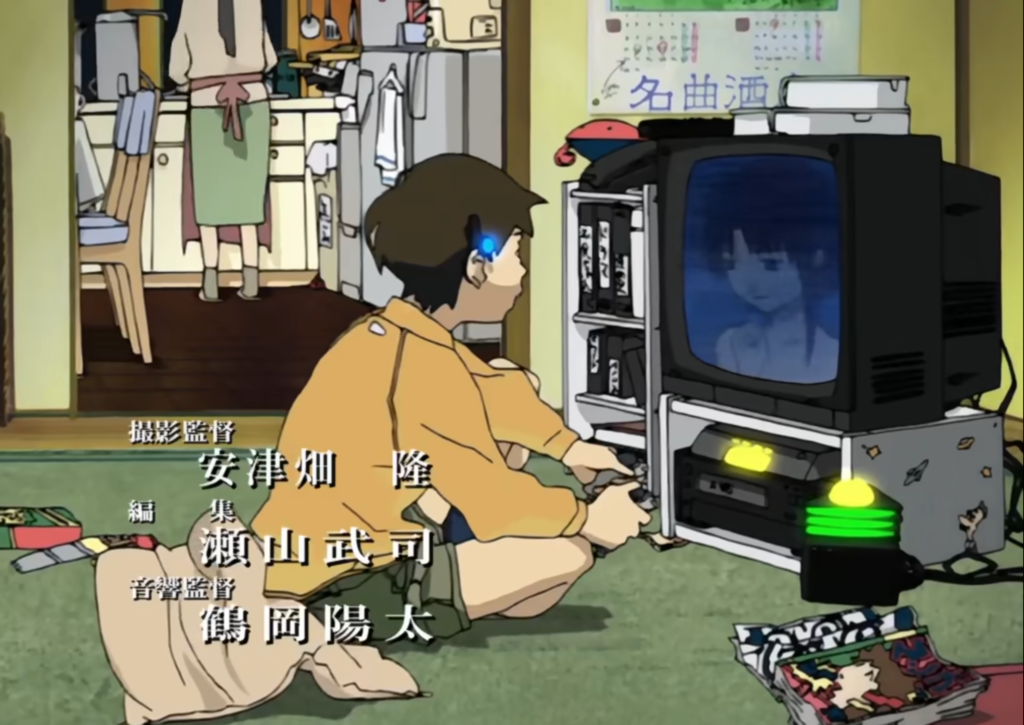 And yet, have we all transcended reality and left behind this mortal coil? Not quite. Instead, what the spread of the internet has done is facilitate more instantaneous communication between people, usually for the purpose of organizing something in real life. We saw this earlier last summer when Black Lives Matter demonstrations sprung up all around the US and the UK, organized almost entirely online. And the pandemic has shown that, although the technology is available for us to ‘plug in,’ many of us are now sick of screens.

In this sense, Serial Experiments Lain predicted the role that the internet would play in our current society at a time when technology was very limited, usually the plaything of a dedicated few. What’s more, it considered the effects that constant communication might have on the human mind, as well as how virtual spaces might become a refuge for those burdened by trauma.

Upon rewatching the series for the third or fourth time recently, what really struck me was how Lain ‘got into’ using the internet, or the Wired, as it’s known in the show. Simply put, she’s traumatized. First of all, one of her classmates commits suicide, believing that her soul would live on in the digital world. Then, she goes to a club with her friends, where she’s involved in a traumatic incident: someone on drugs holds her up at gunpoint before shooting himself. Finally, she witnesses a suicide on the train to school. None of that could have been particularly good for her mental state.

Lain appears to find in the Wired a place of solace, somewhere she can escape from the traumas of everyday life. She even starts to believe that she’s the victim of some sort of conspiracy, particularly associated with the black car that’s often parked in front of her house. Of course, it’s revealed later on that there are actual people inside there watching her, but is this actually true? Is Lain really a reliable narrator? For that matter, should anything in this show be taken at face value? 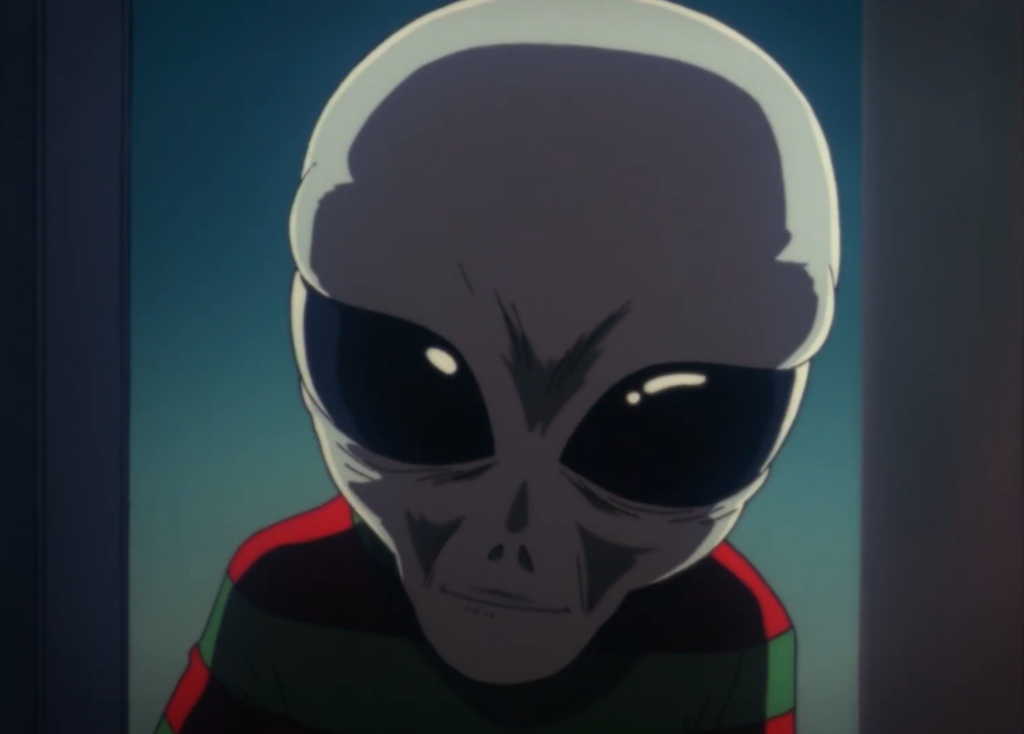 The alien that appears at the start of episode 9 really pushes our belief in the events of Serial Experiments Lain to the absolute limit. How you interpret that scene probably determines your entire outlook on the show. Perhaps that’s the whole reason why the series has endured so long: not only does it still remain eerily relevant, it does so in incredibly subjective ways.

For me, that’s the mark of a true masterpiece: something that can be revisited again and again, with the viewer getting something new from it each time. In this sense, the legacy of Serial Experiment Lain will persist for just as long as someone is willing to tune in, hearing at the beginning of each episode the classic refrain: ‘Present day, present time.’

That’s meaningful in more ways than one.

You can watch Serial Experiments Lain via Funimation (US only).